Le Bijou 1922 was introduced by My Father Cigars at the 2009 IPCPR Convention and Trade Show, a blend that was a tribute to Jose “Pepin” Garcia’s father, who was born in 1922. With five regular production sizes, the line has included many special edition releases, mostly for specific stores, but for the first time we’re seeing it as a special state release, and that state is Hawaii. 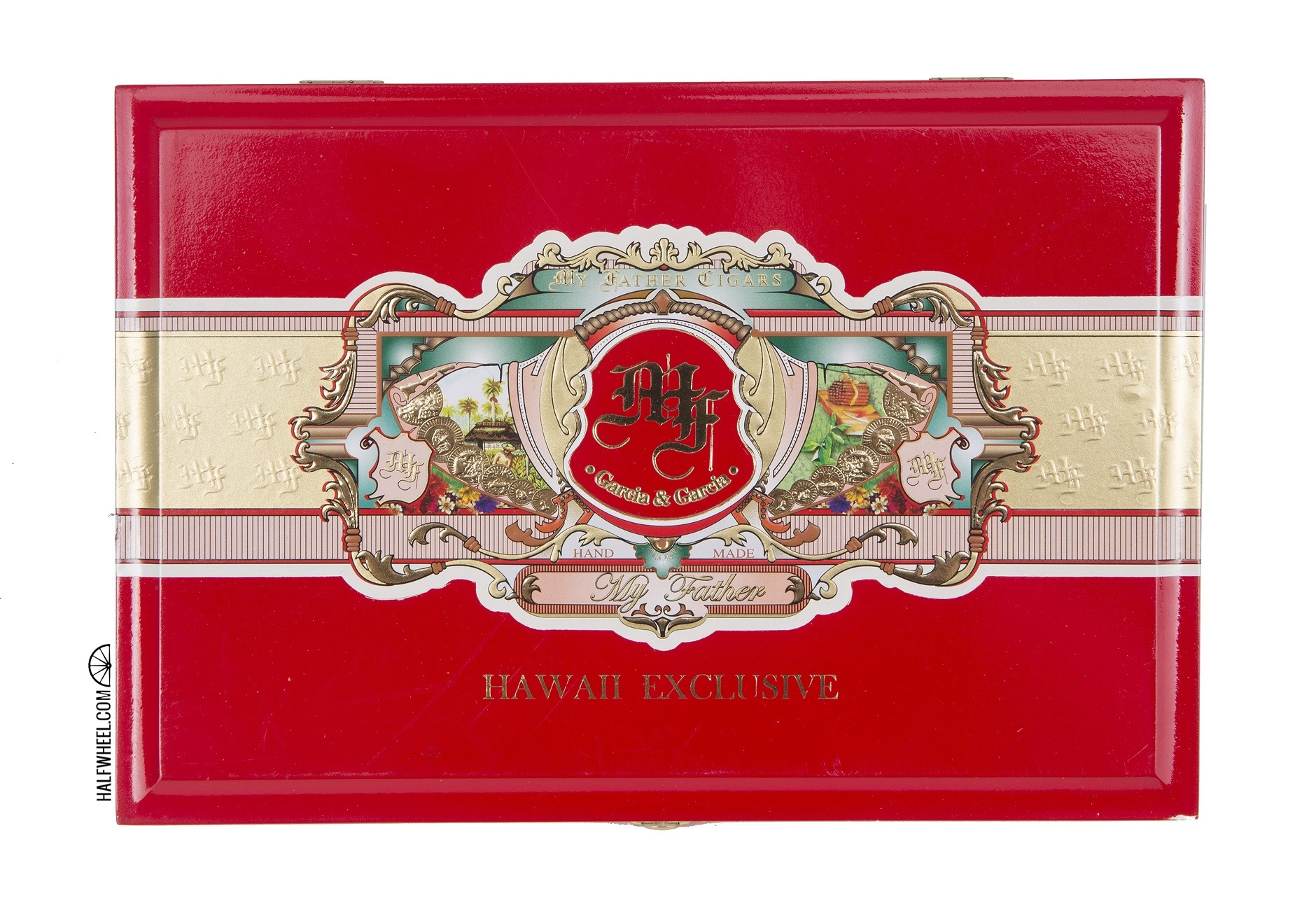 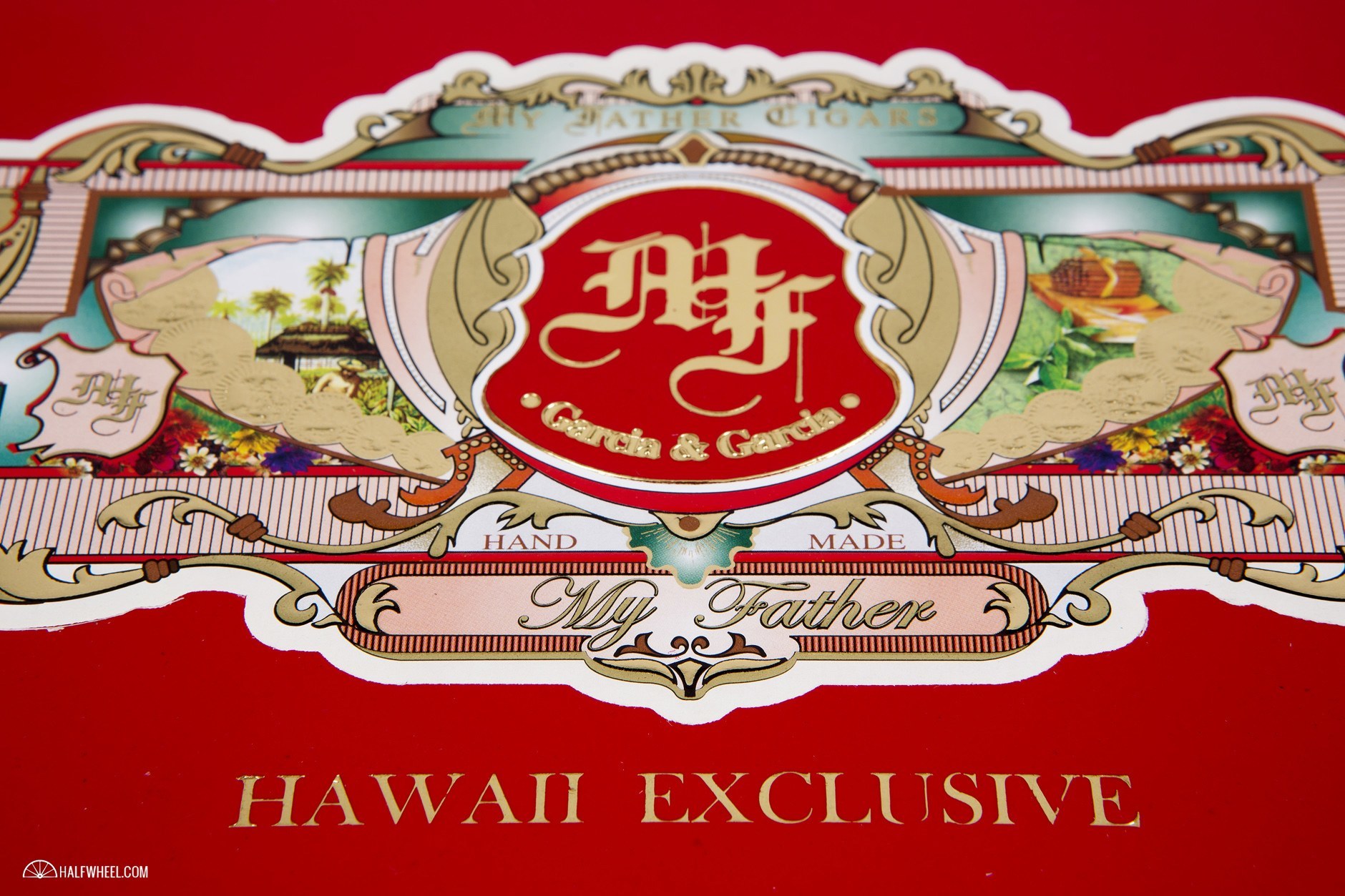 Released in September, the soft box-pressed cigar is slightly thinner than the regular production Toro at 6 x 48 and called the Toro Fino.

Up to this point, the Le Bijou 1922 has had 17 releases, including the five regular production sizes. 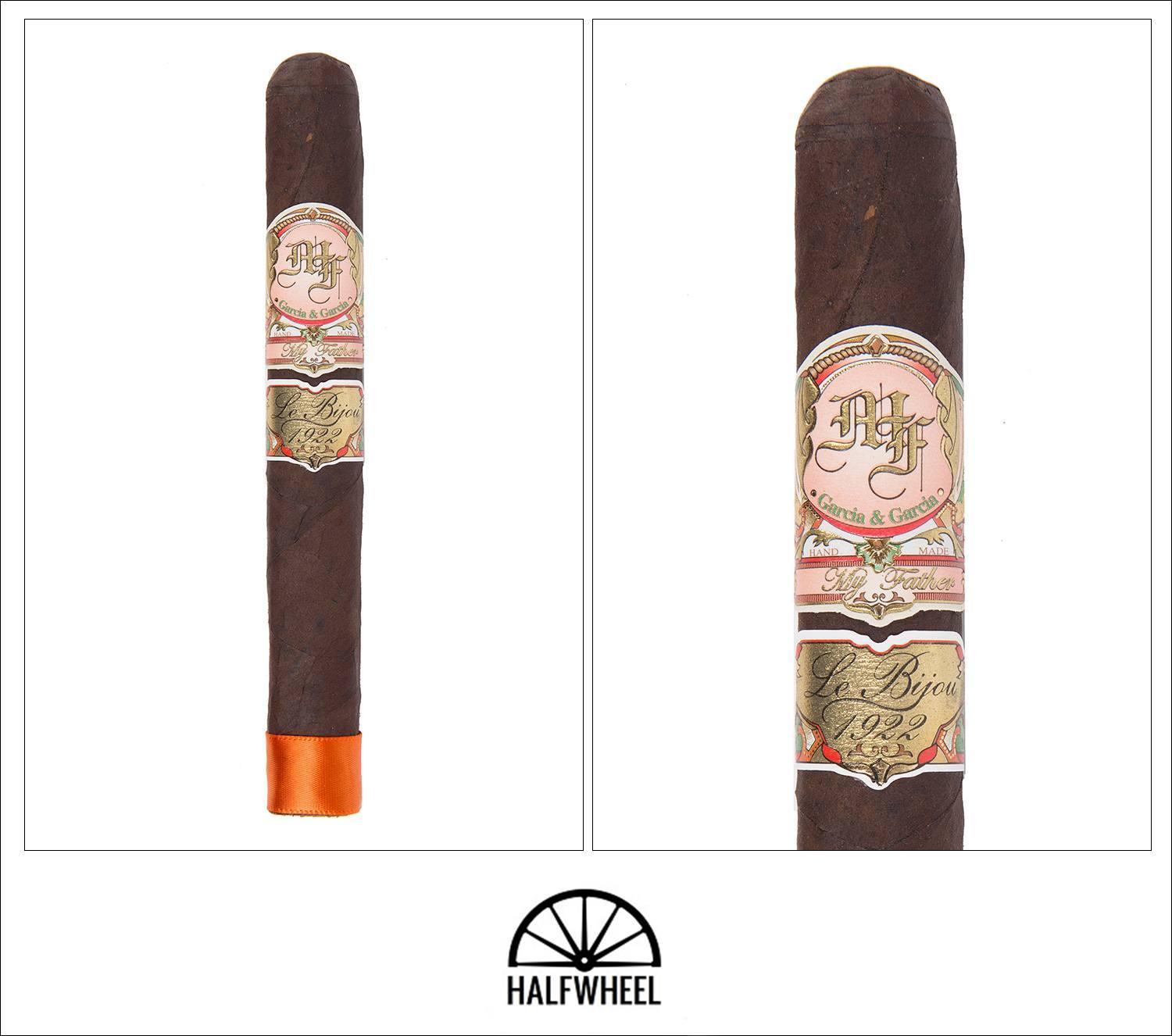 The Le Bijou Toro Fino has a beautiful dark brown wrapper, with a supple, soft and oily feel to it that is quite luxurious. The My Father band and the Le Bijou secondary band line up perfectly, adding to the polished look of the whole thing. A rich barnyard aroma comes off the wrapper, with pleasant notes of earth, hay, damp leather and wood on the tail end. Significantly more delicate, the cold draw produces notes of chocolate, peppermint, along with very light fruity notes of cherry and raisins.

Starting the first third, the profile isn’t as delicate as the cold draw, but instead has a boldness that isn’t overwhelming while still at the same time complex. Roasted sweet peppers open up the profile, with cocoa, leather, spices and hints of cedar closely on its heels. The draw is right in the middle of ideal, producing lots of thick smoke with each draw. Right off the bat the burn is a little squirrely, prompting a touch up to keep things even. The ash is a little flakey, but it holds surprisingly well to the inch line, despite losing most of its exterior on my lap. The sweet peppers have diminished slightly, or perhaps the leather and spices have increased, but for the most part they’re on the same level with cedar and cocoa still in the background. 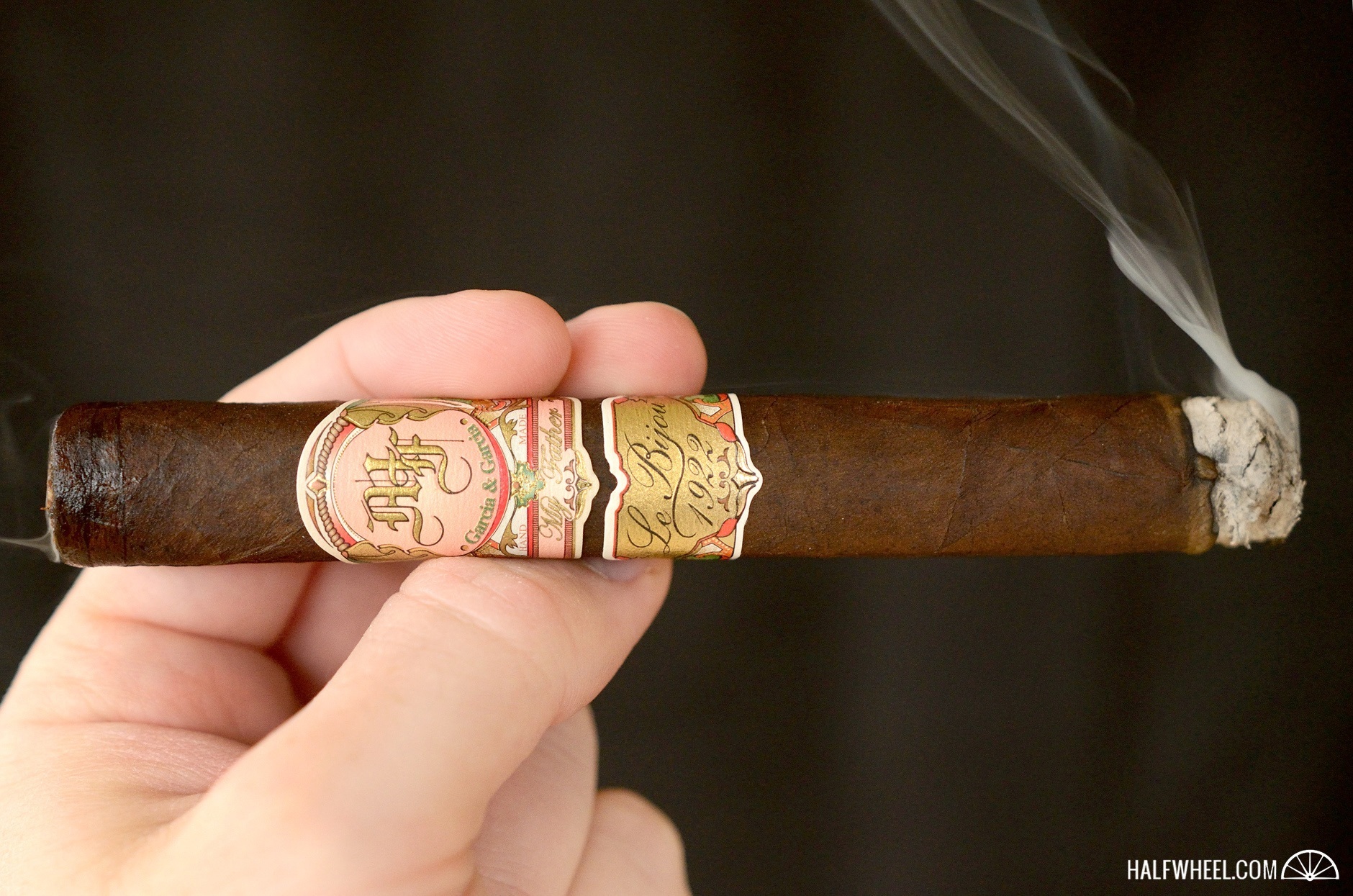 As I move into the second third of the Toro Fino, the spice has really taken over, with cinnamon and cloves making up the majority of it. The roasted sweet peppers have mostly faded, now firmly in the background, with cocoa, leather and cedar somewhere between the two. The burn line continues to frustrate me, with little touch-ups needed more often than not. Flakey ash also continues to pepper my keyboard and lap with its discardings, but continues holding staunchly to around the inch mark. 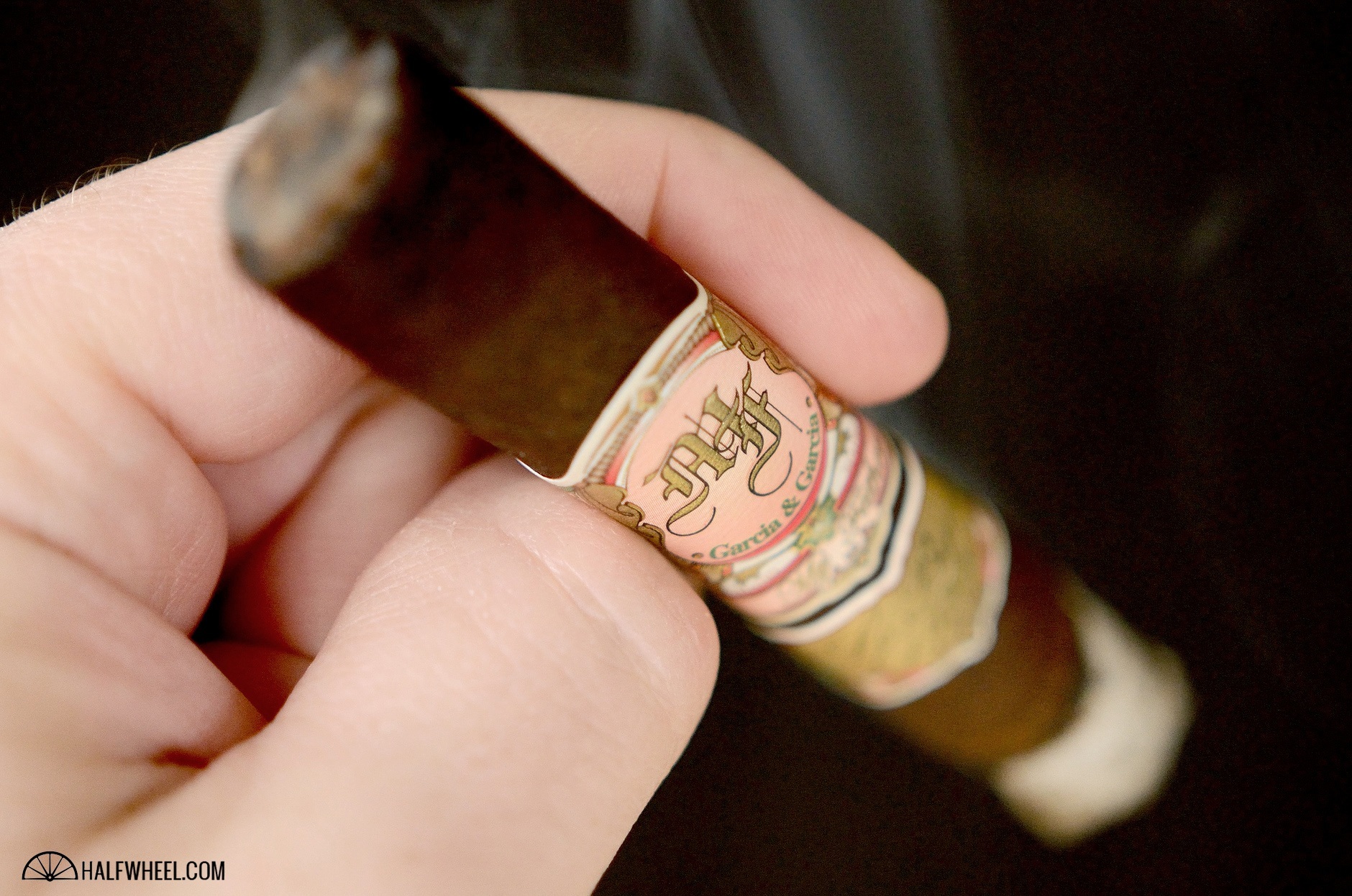 The final third doesn’t see too much change, with spices up front, cocoa and leather following, while cedar and peppers make up the background. Inexplicably, the cigar has gone out completely, one second smoking fine and the next draw it was out. Relighting it doesn’t seem to affect the profile too much, perhaps introducing a slight harshness, but not much. Spices, cocoa and leather keep going, with the cedar and peppers still trailing behind. Smoking it down to the final inch the profile does unfortunately start to get harsh, with a bitter finish that starts to overwhelm the rest of the notes. 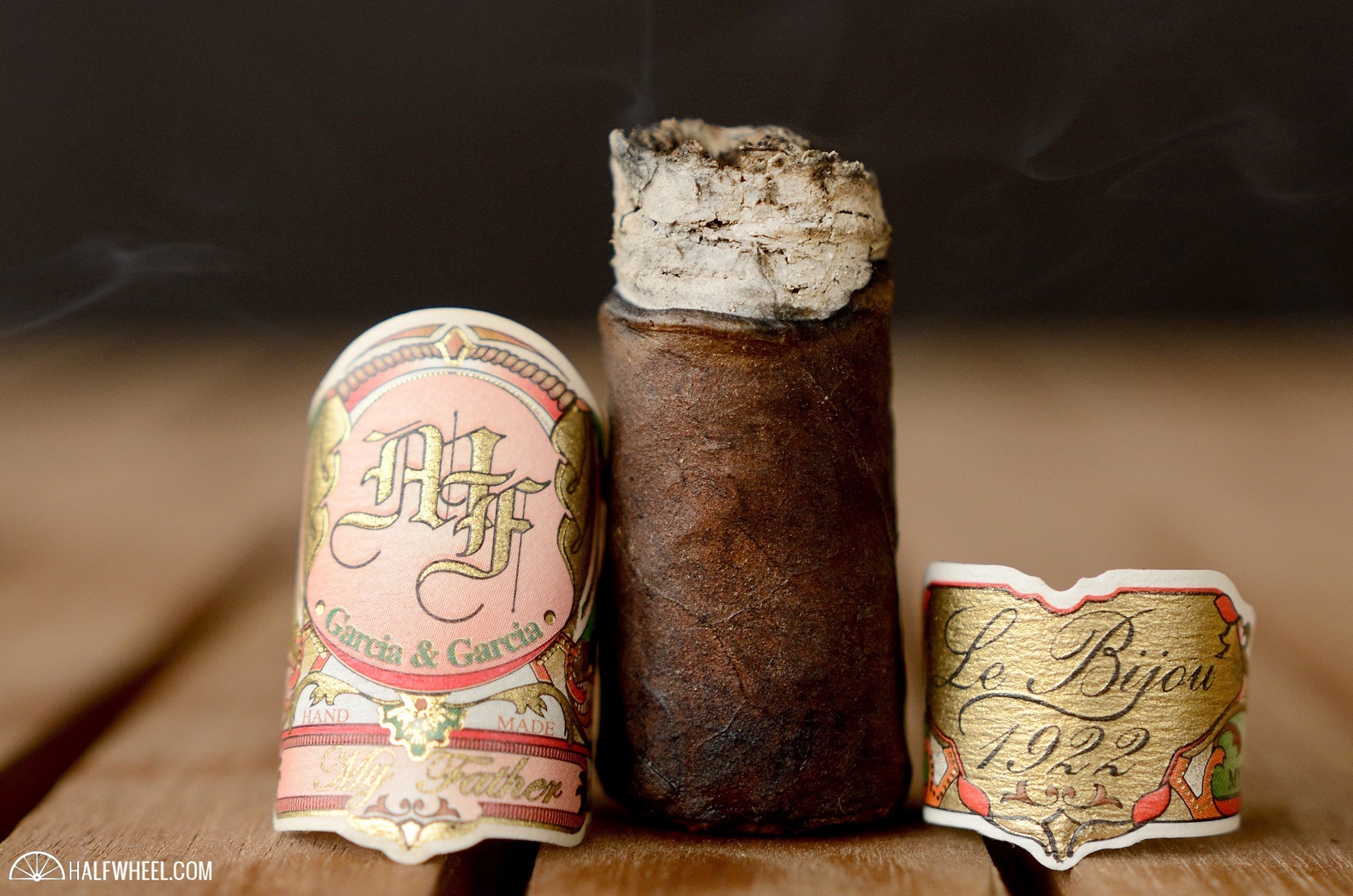 From the time I picked up the cigar I had high hopes for it. It was a beautiful presentation, which lead to a very nice opening bouquet of flavors from the cold draw and a very nice combination of flavors when it was lit. From there unfortunately, it seemed to go downhill. The first third’s flavors were great, while the construction was only a minor annoyance. While the second third’s flavors were still good, the construction was becoming an issue at this point. By the time I reached the final third, the profile had started to unravel with the relights and touch ups. Up until the final inch and a half I did enjoy the profile’s combination of flavors, which made for a mostly enjoyable experience despite the frustrations from the burn and ash issues. If you’re living in Hawaii though and you see these in the store, I’d still easily suggest trying one out for yourself, but unless you’re a resident or visiting, I would probably spend my money on another My Father cigar that’s available at your local shop instead.