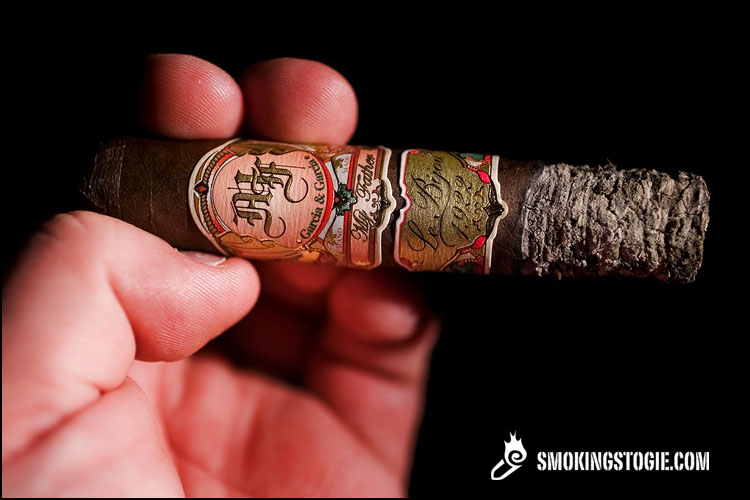 Another one of the sticks that were handed out at the International Premium Cigar and Pipe Retailers trade show in New Orleans was the My Father Le Bijou 1922. It was definitely one of the most anticipated by quite a few smokers.

The new line uses an all-Nicaraguan blend and the wrapper is a dark shade and is called habano oscuro and pelo de oro. It is considered the father of the modern corojo wrapper which was made by combining pelo de oro and Sumatran tobaccos and the it is lighter than traditional corojo. The original My Father uses Nicaraguan filler and binder leaves, but has an Ecuadorian wrapper grown from habano seed. 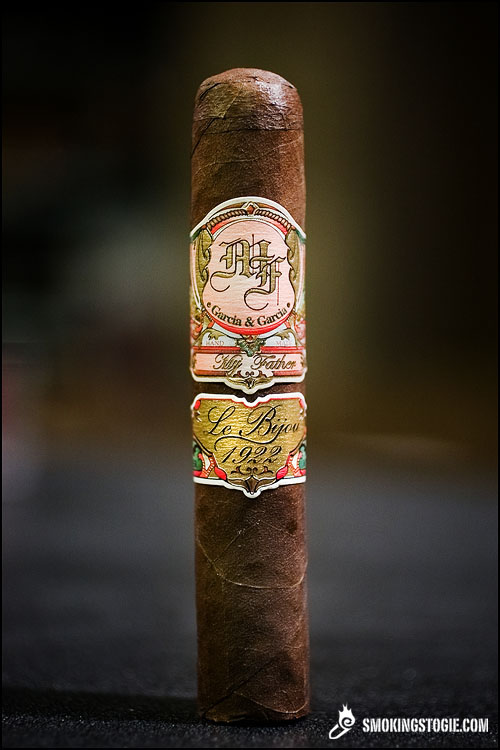 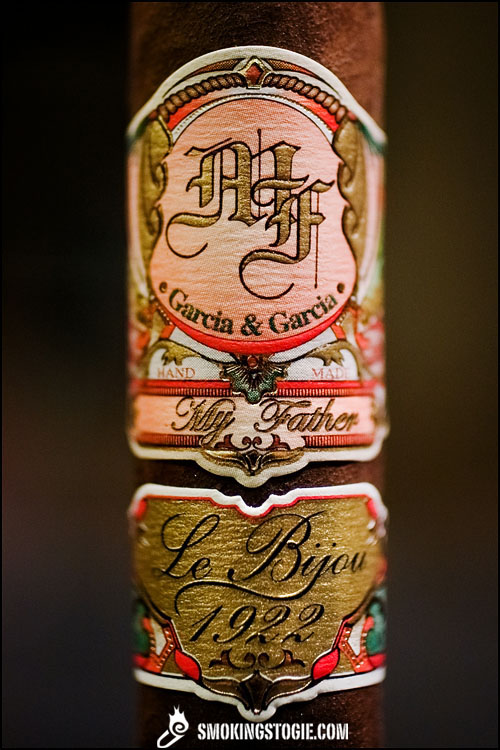 I had the Petit Robusto to smoke. It is a dark, brown, toothy wrapper, quite a bit darker than the normal My Father wrapper, and it smelled like tobacco, chocolate and a bit of hay. It is a great size and is fairly firm when squeezed.

Dominant flavors are a sweet, creamy oak, some dark chocolate and a bit of pepper. I also tasted some peppermint at the end of the first third, although it did not last more than seven puffs and which surprised the hell out of me, as it was the first time I had ever tasted peppermint in a cigar. It is definitely a medium cigar with a bit of pepper for the whole smoke, but not enough to bump it into the strong category. Total smoking time was one hour 30 minutes, which is a fairly long smoke for such a small stick. The draw was perfect for the entire smoke, just a bit of resistance, which I love, and the burn was fine. There was also a lot of very dense smoke. 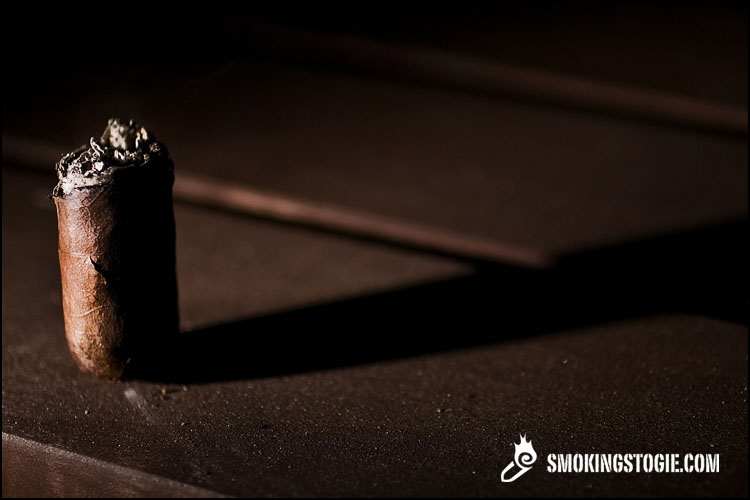 Now the important thing I would want to know is the difference between the new blend and old blend My Father Cigars. Well, I can tell you that to me, it seems to be a bit more mild, although not by that much, and there is a fair bit more of a creamy taste that is not as prevalent in the original blend. To me, that makes it a more complex cigar, but definitely a less stout cigar as well. I would recommend picking up a stick or two when they become available, if only to compare to the original for yourself. Just don't be surprised if you like the Le Bijou 1922 more.