Earlier this year, a new churchill vitola in the My Father Cigars core line began showing up at Thompson Cigar, the Tampa, Fla. retailer who is best known for its online presence and rather persistent marketing. While My Father Cigars declined to provide details about the cigar, it was began appearing in August in a 7 x 50 vitola packed 10 to a box, with a price of $108 per box or $10.80 per cigar.

As you might notice, it’s a bit thicker than than the traditional Cuban churchill vitola, which has a 47 ring gauge, though the length is just about spot on, as the Cuban churchill measures 178 mm in length, or 7.00787 inches. 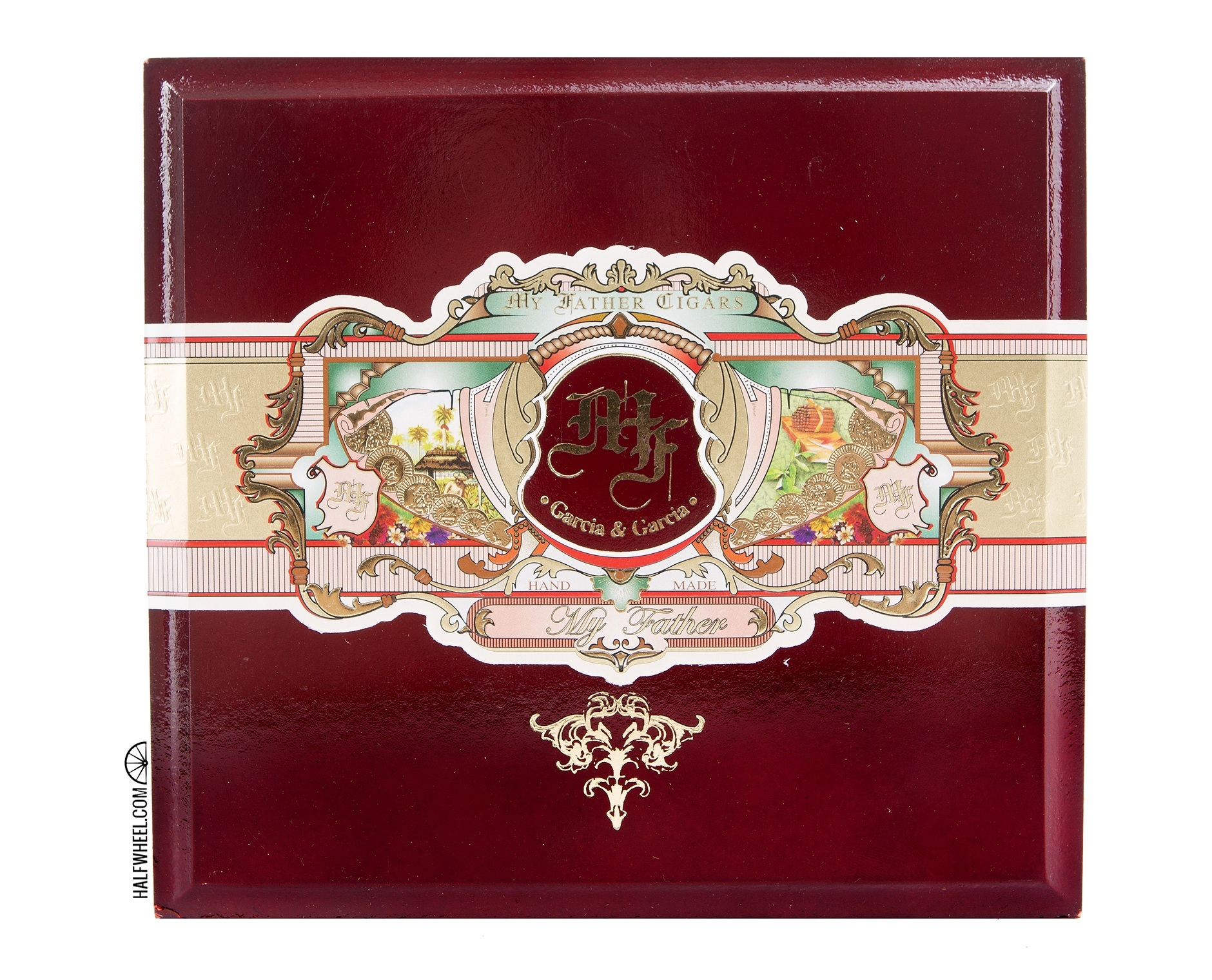 The Churchill is one of my favorite vitolas due to its substantial yet not quite imposing size; other than a double corona it’s generally about as big of a cigar as I prefer to smoke both in terms of length and ring gauge. The My Father introduces itself with a cocoa-powder colored wrapper that is fairly smooth to the touch with a bit of very fine texture and an elaborate network of small veins, almost like looking at a map of a city. It’s a very clean roll with a tidy cap, though applied a bit loose as I would find out after clipping it and taking my first draw. From the foot there is a touch of sweetness that I pick up on first, it’s light and almost floral, with apricot and apple the most familiar smells, while behind that comes a bit of pepper to stimulate the olfactory senses. The cold draw varies from a touch loose to a touch firm, with each cigar fairly neutral in flavor; there’s a bit of generic tobacco flavor present along with some subtle wood, but no pepper or spice of note.

There’s still the Pepín signature of a peppery start in this store exclusive, though I have to say it’s not quite as powerful as I remember from my younger days of smoking cigars. Maybe my palate has changed, maybe the cigar just isn’t as punchy; either way it’s more of a firm handshake than a punch to the face, at least for my palate. Regardless of how the cold draw presented, once lit each sample is a touch on the firm side but there’s no issue getting plenty of smoke billowing, rich with both white and black pepper, chalk and a touch of minerals that are charged with keeping the palate engaged, while the nose gets the services of table pepper that leans towards a stronger black pepper note. There’s a bit of a quick reprieve from the pepper at the one inch mark, with it almost stepping completely off stage for several puffs and being replaced by a warm doughy note and aroma before a few retrohales reintroduce it and the black pepper note moves down to the palate in the final puffs of the first third, a bit of a wake up for the senses. The black pepper continues to build both on the palate and in the nose with the second third commencing; most notably the nostrils light up with each puff as the smoke drifts off the cigar. I also get a taste of bubble gum via some dry sweetness, and while I’ve seen it referenced in other reviews I can’t recall ever tasting it, so the My Father Churchill offers a unique experience before the midpoint. I find that most of the punch comes via the nose, as retrohales are fairly strong and offer a touch more complexity than what I get from the flavor, though that’s not a knock on the latter. I also find that the aroma from the cigar while it rests is fairly complex and inviting. Past the midpoint, the flavor and aroma really come alive, becoming much more complex than it had been previously; the pepper branches out to equal amounts of white and black while the flavor and aroma gets a big hit of wood. The cigar continues to burn beautifully with a sharp burn line, plenty of smoke and a tight stack of gray ash. There’s just a touch of harshness from the pepper starting off the final third of the My Father Churchill; given the blend’s well-known profile I’m not terribly surprised by it, but it does challenge the palate a bit. A bit of sweet, rich cedar enters the mix about the time the bands need to come off, with what harshness I was getting dissipating fairly quickly but leaving a decent amount of pepper to keep the cigar north of medium in terms of flavor and strength. The burn continues to be fantastic, smoke is plentiful and there’s not a single thing to complain about as long as the cigar isn’t left to rest for too much time. In the final inches, the smoke begins to gradually warm up, toasting the flavors just a bit while the pepper thankfully stands down just a bit, setting up a smooth yet flavorful finish for the My Father Churchill. I can't say I've ever complained that the My Father line was lacking a Churchill, both because the 6 x 49 No. 3 seems to fill that role fairly nicely and simply because it was never a thought that crossed my mind. As such, I can't say that this 7 x 50 incarnation fills a gaping hole in the line, but I can say that it is as good as I can recall the blend being in any of the other sizes. It feels a bit softer at times, with the larger ring gauge seemingly easing how much pepper the cigar offers, which for my palate these days is a good thing. There's a reason the My Father core line has become a staple in so many humidors, and the Churchill only reminds me why: a solid and balanced flavor, highlighted by good amounts of pepper, some sweetness and a very pleasing cedar-based aroma.