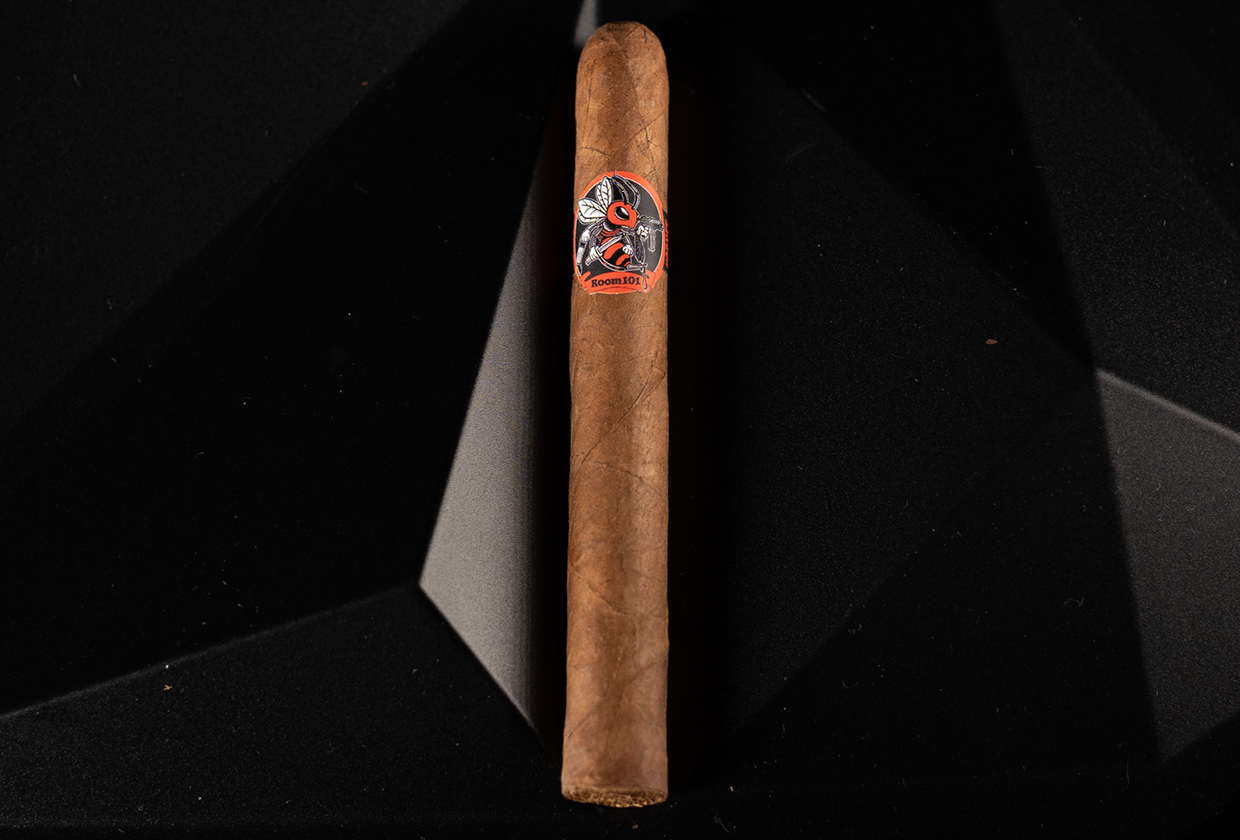 Tomorrow there will be a new cigar from Room101 on the shelves of Limited Cigar Association retailers, the Murder Hornet by Room101.

The cigar is a Honduran puro that comes in a 5 1/2 x 44 corona vitola and is made at the Raíces Cubanas factory in Danlí, Honduras. Each cigar has an MSRP of $9.50.

“Room101’s cigars were largely Honduran cigars all throughout the early 2010’s, but this is the first new line from Room101 in many years that is made in Honduras,” said Clark Thornton, director of the Limited Cigar Association. “Murder Hornet is very reminiscent of Matt Booth’s cigars from that time period, and for long-time fans of the brand, this certainly does feel like old school Room101. We are very excited and proud to be able to offer this special cigar exclusively to LCA shops.”

Production numbers are not being disclosed.

This is not the first time that Room101 has produced a cigar for the Limited Cigar Association, as in 2020 the Room101 Death Bucket 2 was produced for the association, a cigar that went on to place #16 on halfwheel‘s Top 25 Cigars of 2020.