The Miami Cigar & Co. 25th Anniversary will begin arriving the first week of May. Only 500 75-count humidors of will be made, each individually numbered, with an MSRP of $500 and containing 20 cigars, all in coffins. 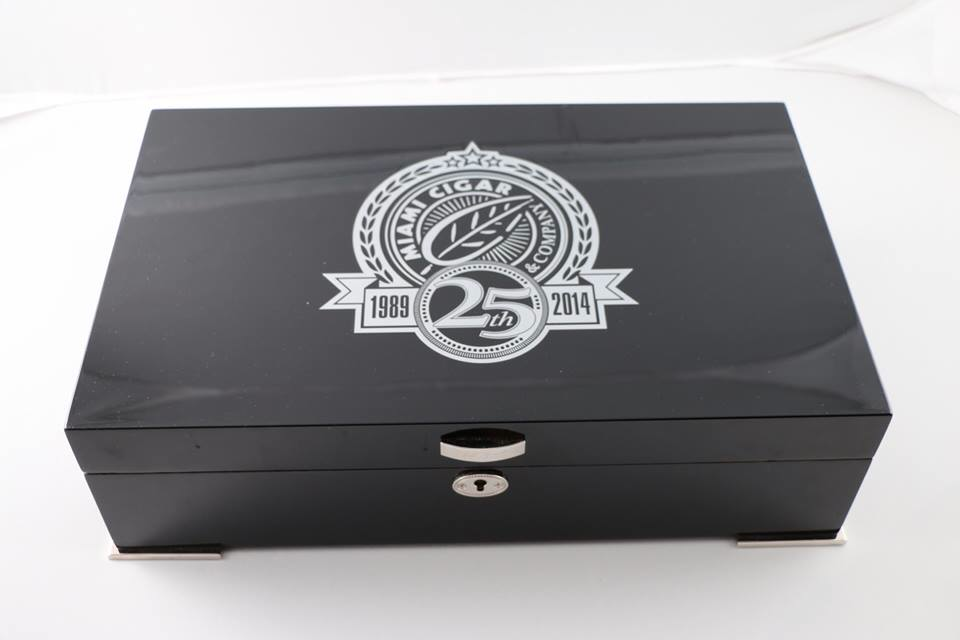 Inside are two different 5 1/4 x 54 toros. One is made by My Father Cigars S.A. in Estelí Nicaragua. That cigar, the Miami Cigar & Co. 25th Anniversary Nicaragua, features a Mexican San Andrés wrapper over Nicaraguan fillers.

The other ten cigars in the humidor—formally the Miami Cigar & Co. 25th Anniversary Dominican—are made by La Aurora’s E. León Jimenes Tabacalera. It features a Connecticut broadleaf wrapper and fillers from Brazil, the Dominican Republic and Nicaragua.

Both cigars are described as medium-full with the company stating the Dominican version is the stronger of the two. 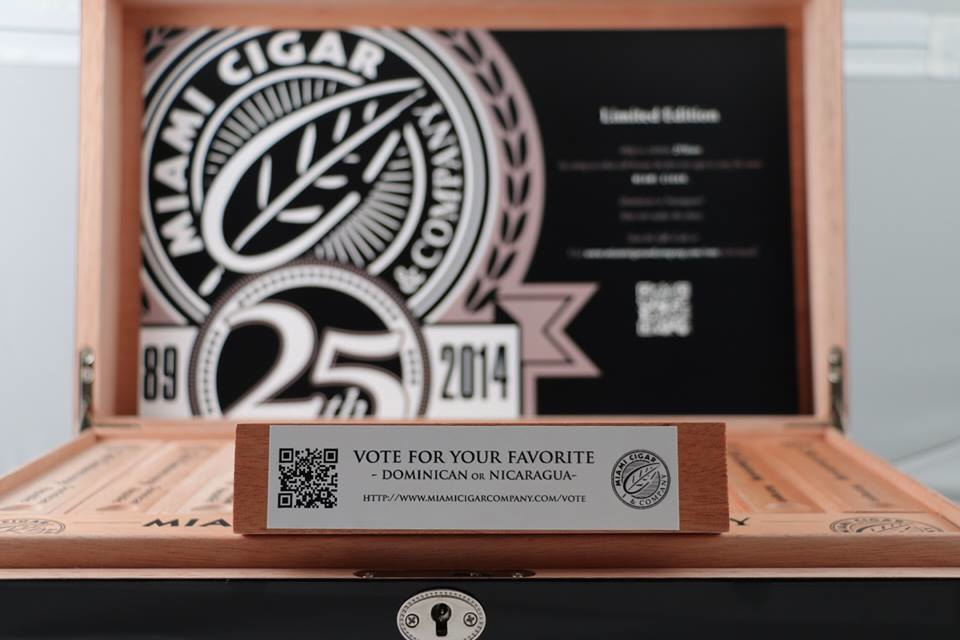 According to Jason Wood, vp of sales for Miami Cigar, QR codes will allow consumers to vote on which blend is their favorite. The winning blend will become a regular Miami Cigar & Co. release, with the Miami Cigar name.

Miami Cigar & Co. was started by Nestor and Mariana Miranda in 1989. It is the U.S. distributor for La Aurora and its Nestor Miranda lines are made by My Father Cigars S.A.

Earlier this year, the company announced a major rebranding. 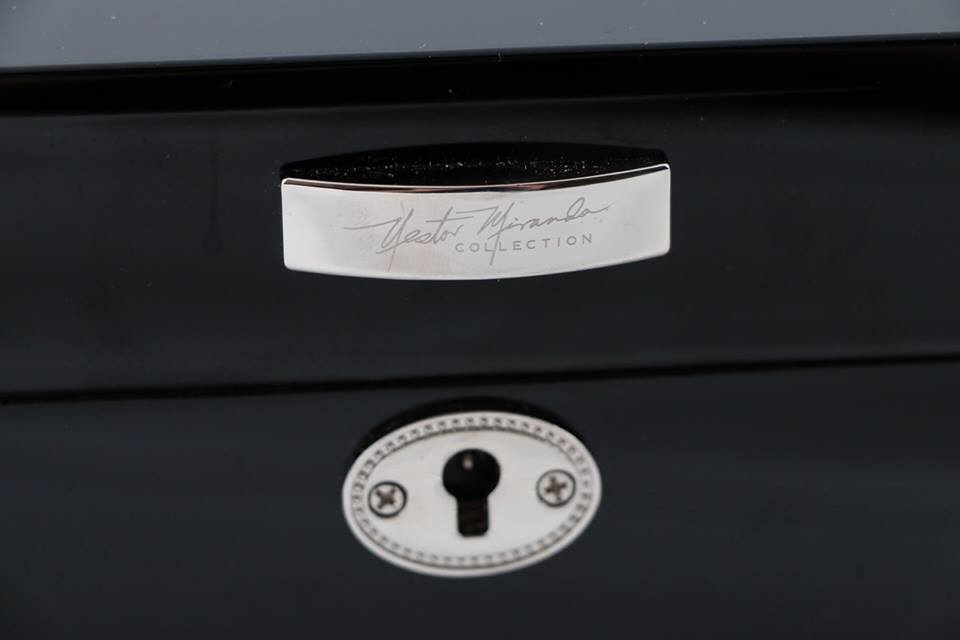