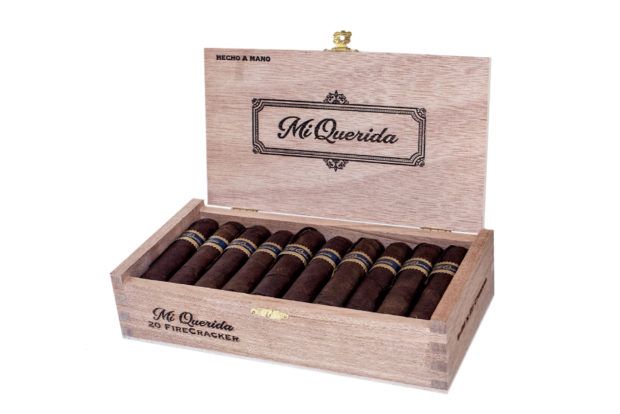 Dunbarton Tobacco & Trust’s entry is new. The company has sent the Mi Querida Firecracker, 3 1/2 x 50, to the New Hampshire-based retailer. It uses the same blend as the regular production releases: a Connecticut broadleaf wrapper over a Nicaraguan binder and Nicaraguan fillers. A post from The Cigar Authority, which is affiliated with Two Guys Smoke Shop, says the cigar has been “front loaded with ligero.”

In addition, it features the signature fuse cap, made to mimic a firecracker, that has been used on all Firecracker releases to date.

RoMa Craft Tobac’s CroMagnon Firecracker, which was released in 2016, is also said to return. Skip Martin of RoMa Craft Tobac told halfwheel that the company intends to ship 500 boxes of 20 cigars to the retailer.

While the Mi Querida Firecracker is set to debut next week, the store has not announced when the CroMagnon version will ship.