We have two types of redux reviews on halfwheel. One is the classical redux, where we go back and review an aged sample of a cigar that we previously smoked. The other—which is the kind being done today—is where we smoke a new production version of a cigar that we previously reviewed with the intent being a comparison of the new version to the original.

Late in 2020, Warped shipped the second batch of the Maestro del Tiempo 6102R, a special version of the regular Maestro del Tiempo line. It differs from the line in a few different ways. First, it’s limited, with this being only the second release following the original in 2016. Second, it’s sold in rather unique packaging with a secondary Selección de Warped band and boxes of 100 instead of the normal 25. Finally—and perhaps most importantly—it’s a tweaked version of the blend.

While it remains a Nicaraguan puro like the regular Maestro del Tiempo, the 6102R includes medio tiempo tobaccos from Estelí. Medio tiempo is a priming of tobacco—the way a plant is divided into sections vertically—that is found above the ligero priming, typically the highest priming. It’s only found on certain plans and only some growers go through the effort of classifying it separately from ligero. Given its position on the plant, medio tiempo should be the strongest tobacco found on the plants where it grows.

The second batch of 6102R seems pretty much identical to the first batch. It’s still offered in a 5 1/4 x 48 size with the secondary band and packaged in cabinets of 100. The only official change is that the price is now $12.50 per cigar compared to $10.50 for the first release.

Kyle Gellis, Warped’s founder, declined to say how many boxes were shipped as part of the 2020 release, though the first batch was limited to 150 boxes.

Here’s what I said when I reviewed the original Maestro del Tiempo 6102R in November 2016:

The Maestro del Tiempo 6102R is a good cigar, but it has its flaws. My experience with three cigars showed similar flavors, though the draws and the packing of the cigars was noticeably different, which I imagine helps to explain the varying burn issues. I haven’t smoked any of the other sizes, so I’m interested to see how the untweaked blend tastes; if it’s anything like this, I’ll be glad to smoke some more. 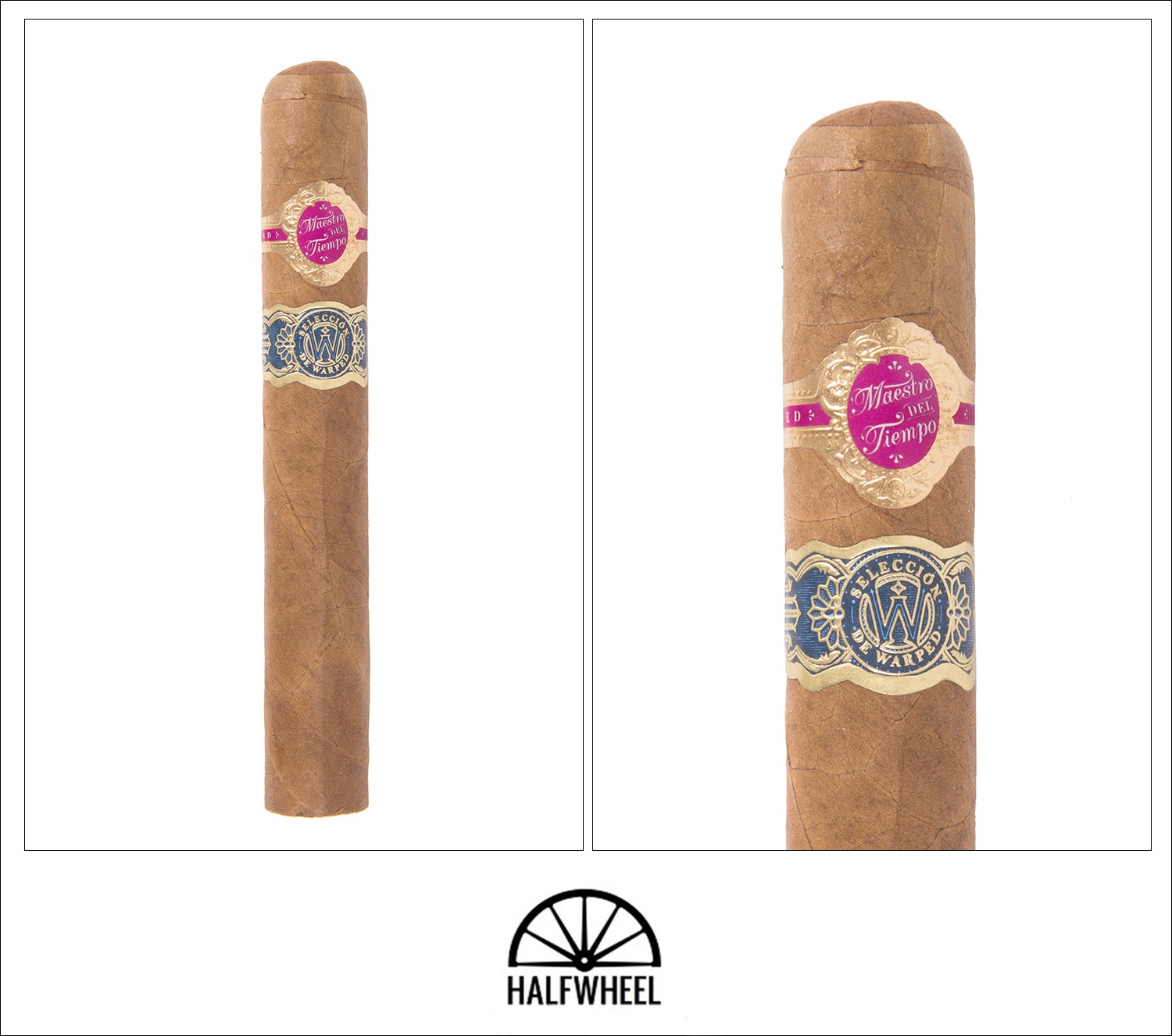 Fans of Warped will be drawn to the secondary band that signifies this cigar’s special place within the Maestro del Tiempo line, and that’s probably for the better. Upon closer examination, it’s apparent that this cigar has far more veins than a typical cigar. The color is uniform and the wrapper has a fair amount of oil, but once I see the veins it’s hard to unsee them. This is a cigar that doesn’t come in cellophane and these samples have spent over a month in our humidor, so it’s not surprising that there’s not much in the way of aroma from the wrapper. There’s a mild aroma that includes leather, cedar and barnyard. The foot is medium-full with smells of walnuts, leather and barnyard—in the order of most intense to least intense. There is orange peel, white pepper and some barbecue sauce from the cold draw, which is around medium-full though has a nice richness.

The Maestro del Tiempo 6102R begins with black tea, earthiness, creaminess, peanuts, leather and a bit of sourdough bread. It’s medium-full but has great richness that really coats my palate. As the cigar progresses, the profile keeps its richness but loses a few of the individual flavors. Earthiness, sourdough bread and white pepper remain before a finish of earthiness, white pepper, red pepper, creaminess and some wheat. The finish is substantially more intense than the main flavor, though both are easily in the full spectrum. Retrohales have a damp earthiness, nuts and sherry. After retrohaling, the Maestro de Tiempo finishes with sourdough bread and white pepper. While the flavor is full, the body and strength are both medium-full. Shortly after the first third but before the middle portion, I see the cigar is tunneling and touch it up. After the second half, the cigar gets smoother, which is a welcome change. There’s still sourdough, but it’s now joined by wheat and nuttiness. The finish retains some of the pepper, but it’s not as prevalent as before. In addition to the pepper, the Maestro de Tiempo’s finish has earthiness, leather and creaminess. Unfortunately, while the cigar is smoother it lacks the unique richness that it had during the first third. Retrohaling produces the most interesting flavors: creaminess, sherry and potato chips. The finish of the retrohale has red pepper, cedar and leather. Flavor finishes full, body is medium-full and strength is medium-full. I need to make up another touch up, bringing the total to two for the length of the cigar.

Looking back over my original review leads me to question some of the differences, though ultimately I think my thoughts on this cigar are pretty much unchanged. I was surprised by the details in flavors that I detected in the original cigars, something that was tough to do after the first inch and a half of the newer Maestro del Tiempo. What’s also apparent is that the cigar that I smoked for the redux review was much stronger than the first samples, which I described as not even medium. But my overall opinion of the 6102R is pretty much the same: it has good flavor with imperfect construction and I'd rather smoke the normal sizes in the line. I've been critical of a number of Warped et al. releases of late for being mediocre. This certainly isn't a perfect cigar, but it's far from mediocrity.