During the 2016 IPCPR Convention & Trade Show, Integral Logistics showed off a new Lotus cutter that took its design cues from the company’s Jaws cutter that debuted the year before. Named the Jaws V-Cutter, the new product measures 3.625 inches x 1.75 inches x .25 inch, weighs 66 grams and features the same stainless steel serrated blades that made the original Jaws cutter so unique, but in a v-cutter format.

In fact, there are a number of significant differences between the original Jaws cutter and the new v-cutter: first, while the former featured an all-metal case, the new cutter has been updated with a lightweight zinc and aluminum housing, which translates to weighing 13 grams less. Next, the triangular finger holes on the original Jaws cutter have been redesigned on the Jaws V-Cutter, turning them into more of an oval shape that can accommodate slightly larger fingers. Finally, while the Jaws cutter can cut cigars up to a 58 ring gauge, the newer version is able to handle cigars with a much larger 64 ring gauge with ease. 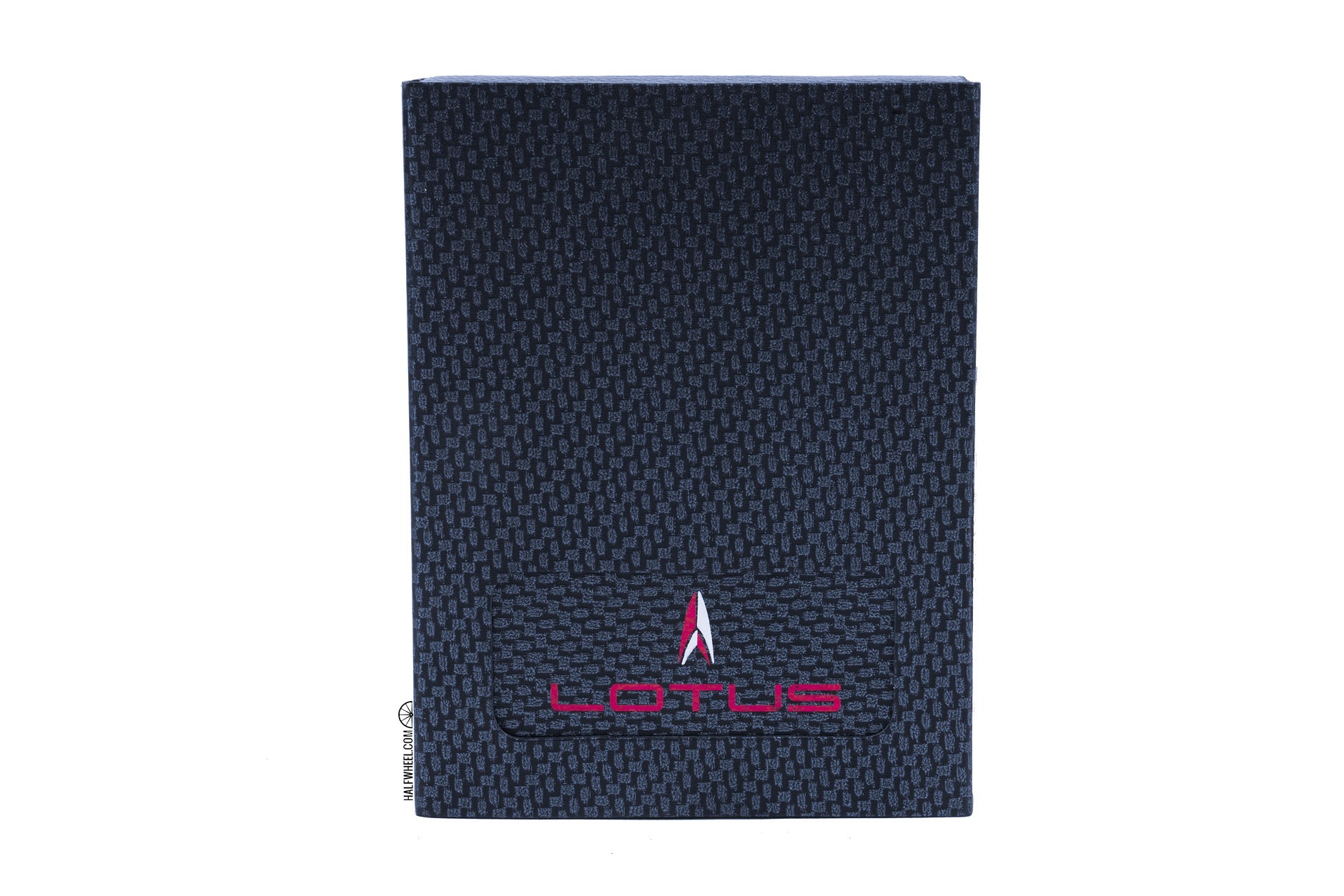 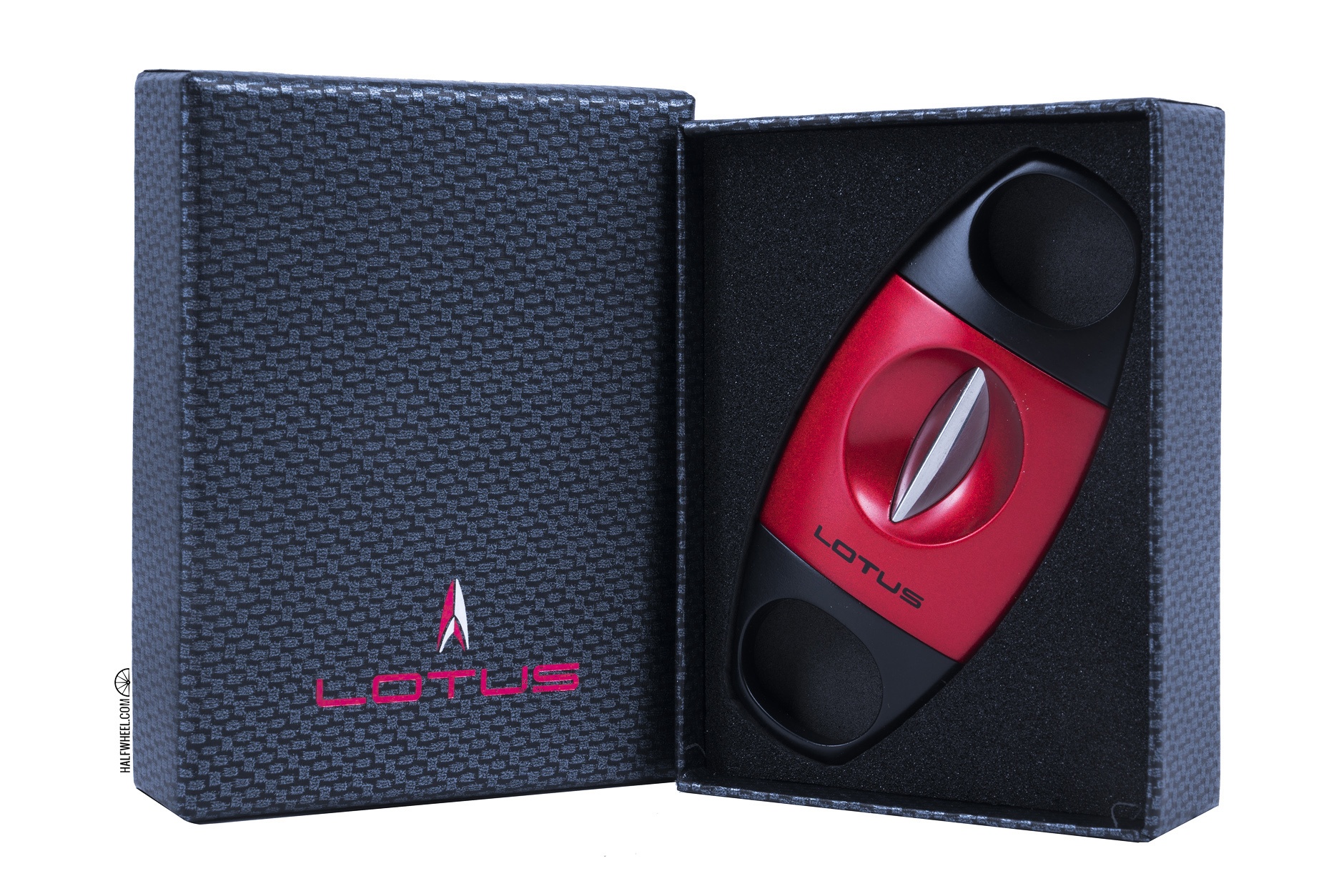 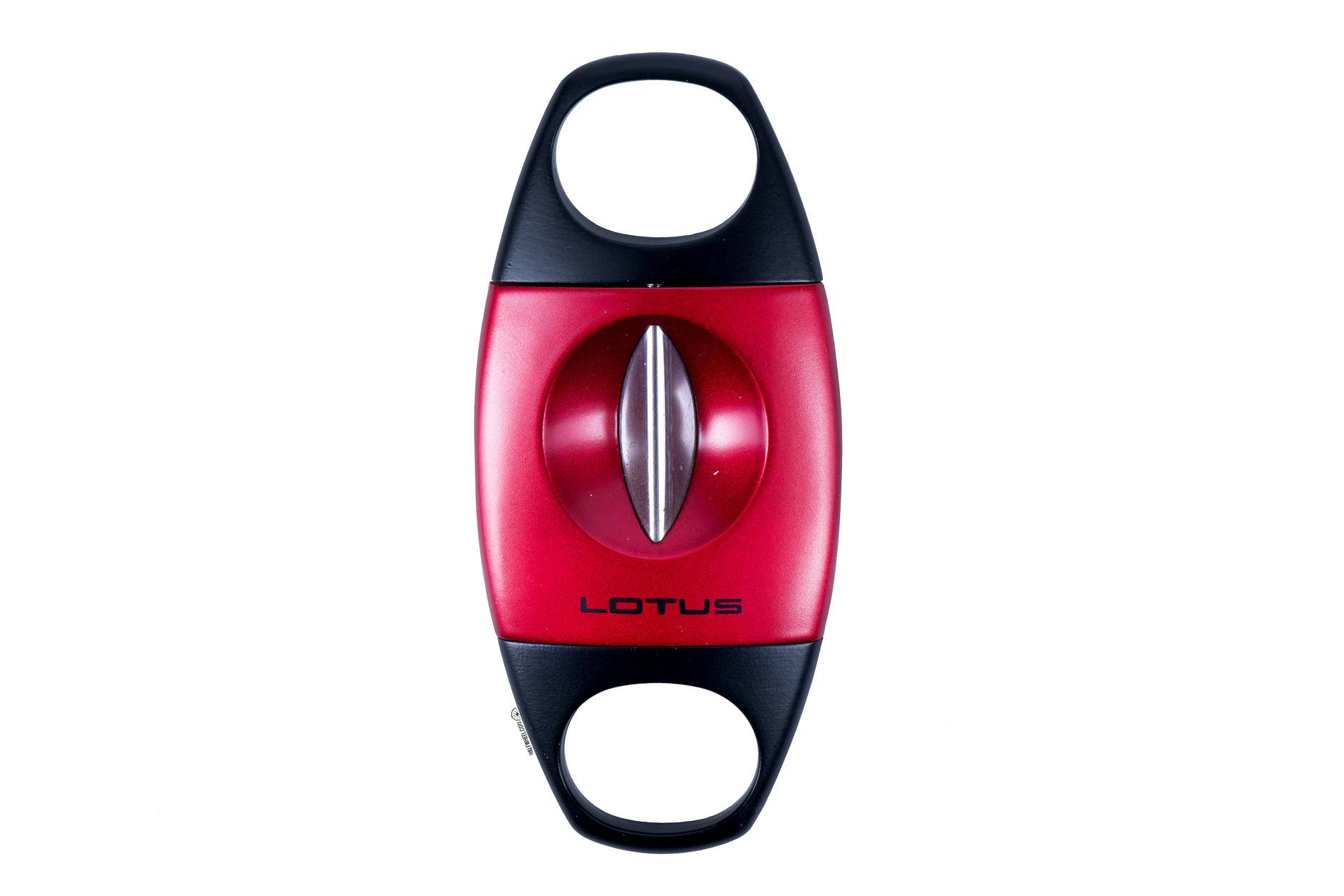 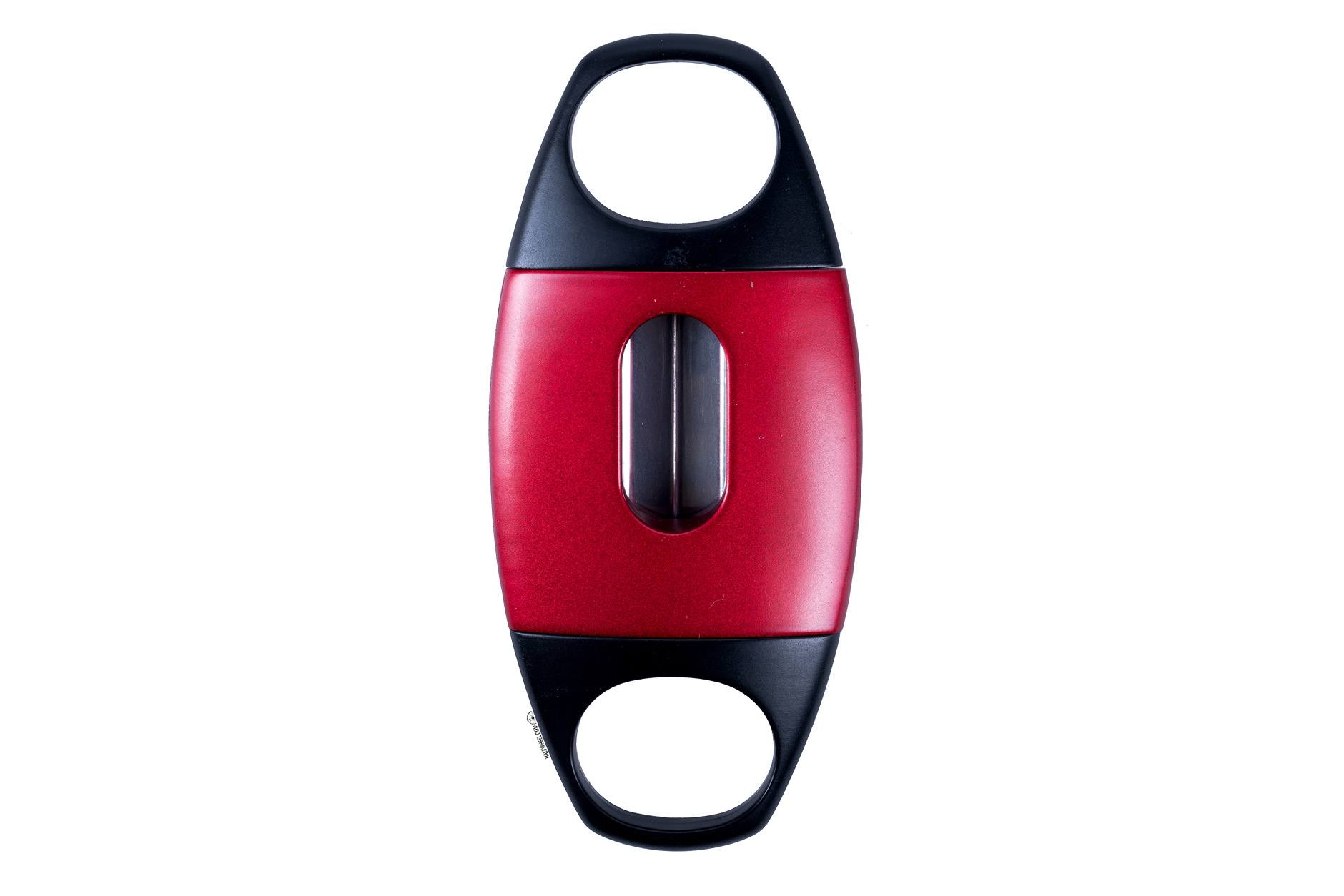 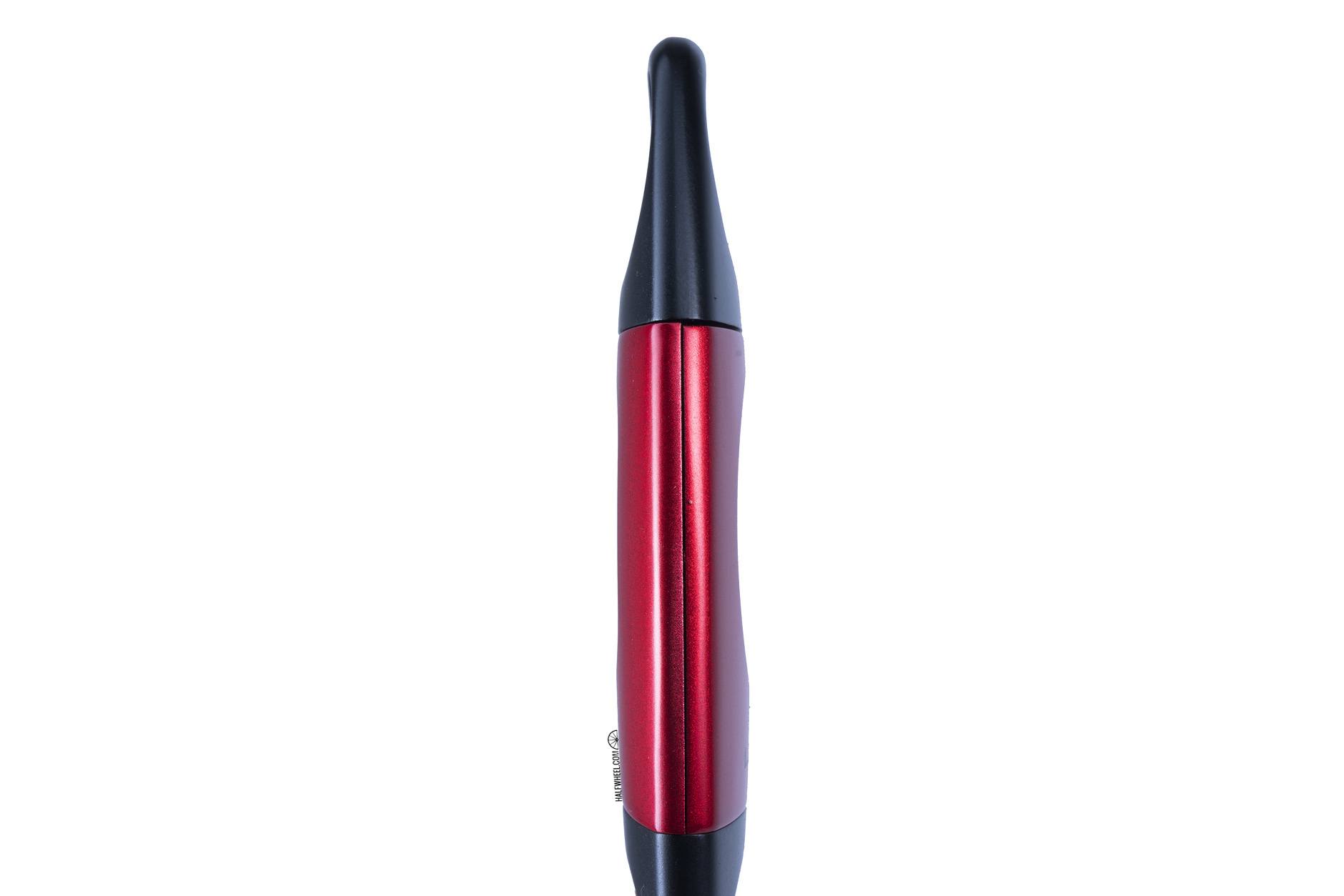 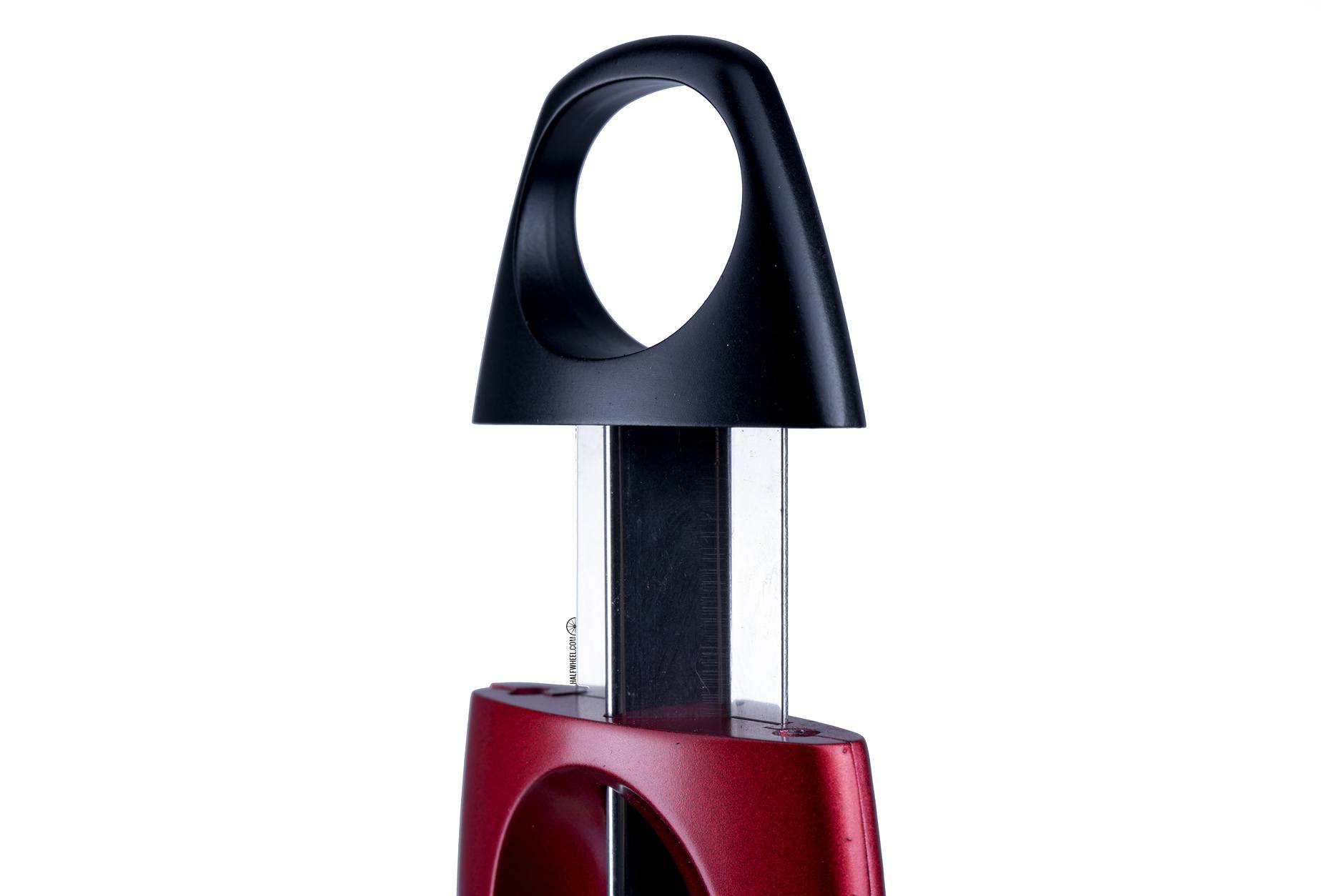 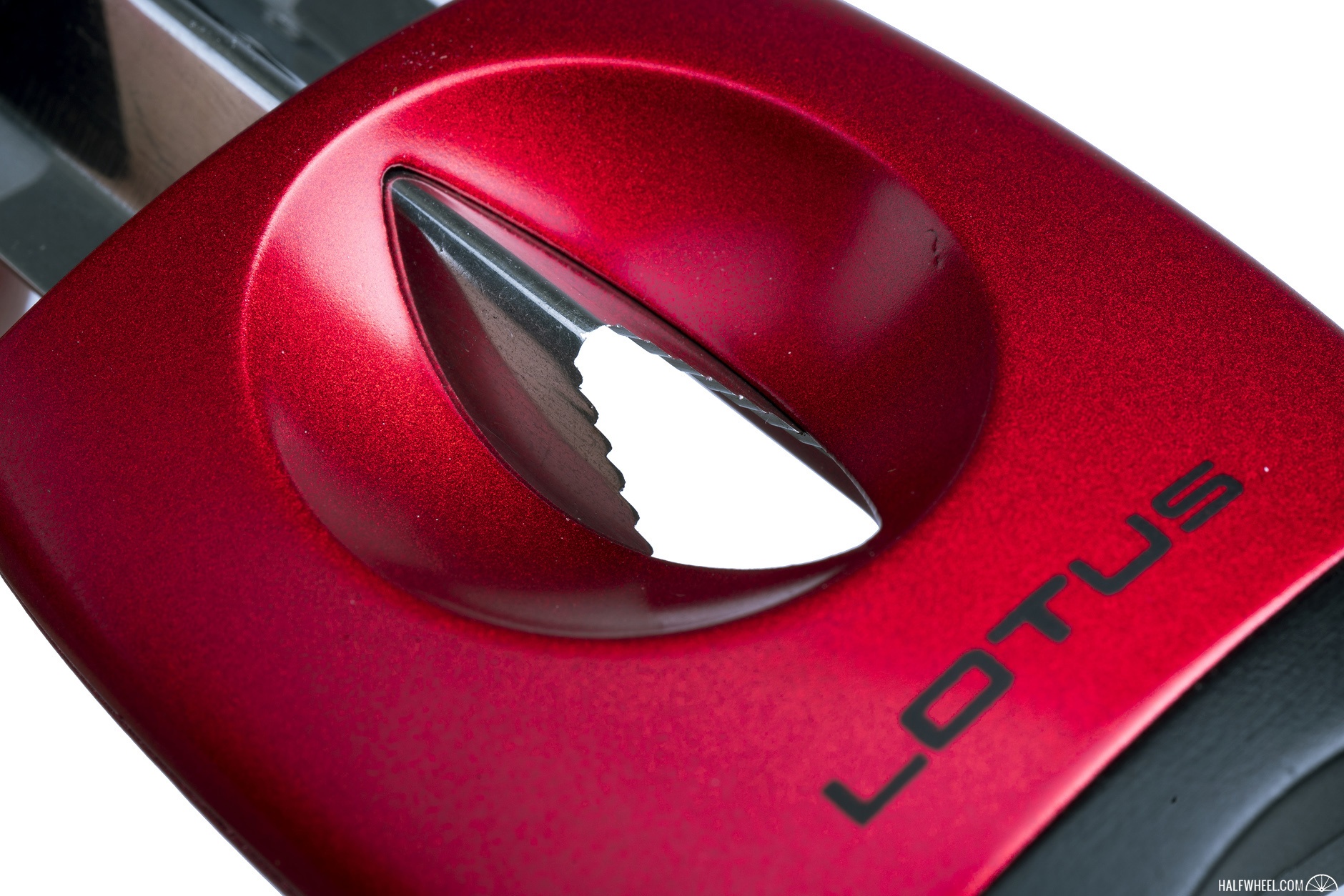 The new V-Cutter carries an MSRP of $29.99 and has only four options so far:

As with the regular Jaws cutter, the blade on the Jaws V-Cutter looks extremely similar to other v-cutters that I have reviewed when it is closed, with no indication of anything different about it that I could discern. Pulling open the blade changes that significantly, as the serrated edges—which really do remind me strongly of the teeth in a shark, albeit made of metal—are immediately obvious. Unlike the regular Jaws, the Lotus Jaws V-Cutter is not a double action cutter—i.e. it does not incorporate two opposing stainless steel blades that move independently of each other and meet in the center. Instead, the blade is attached to one of the oversized oval handles, which runs back and forth on a track. 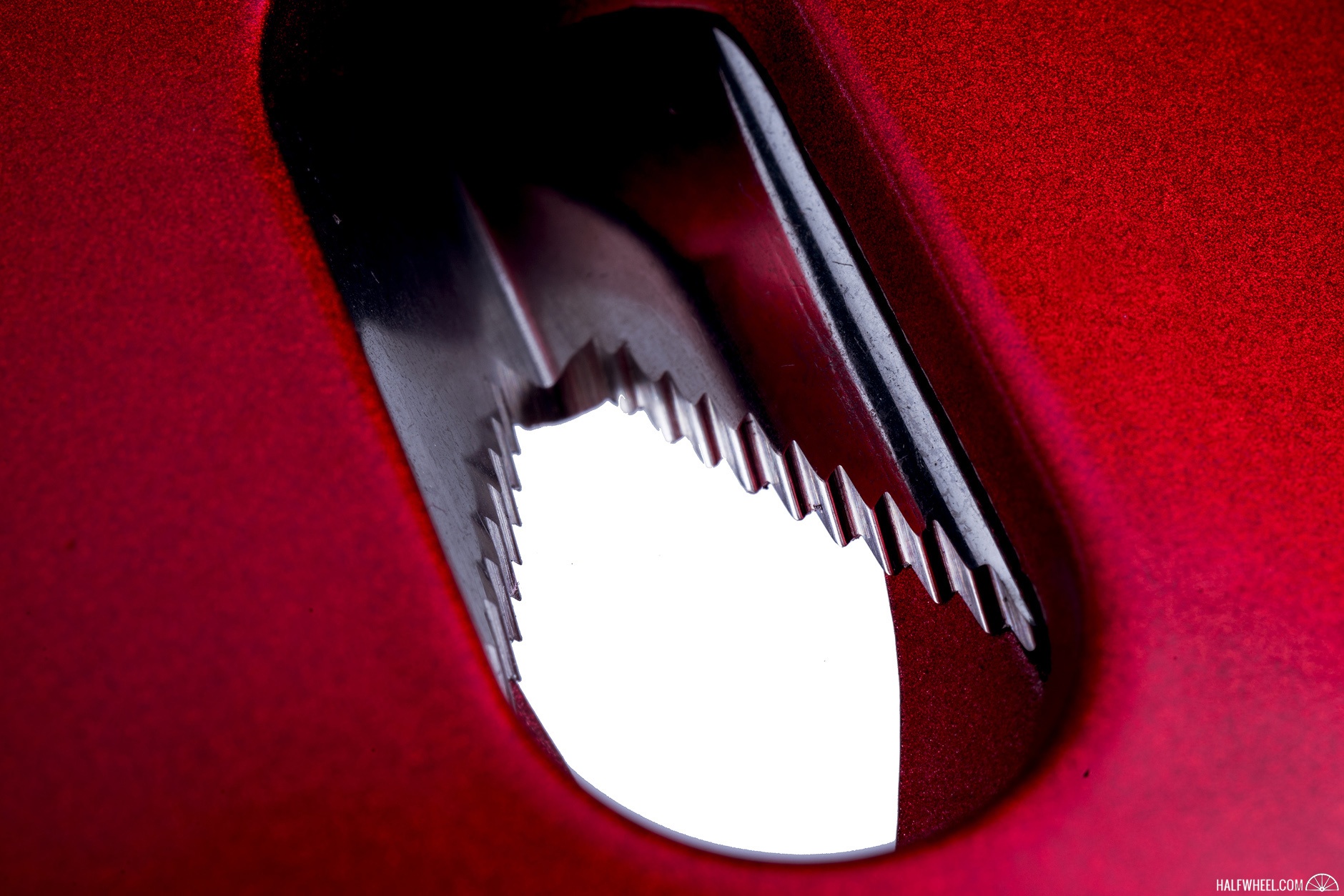 Compared to the serrated blade, the operation of the cutter is fairly standard: you put the fingers of your choice—most likely your ring finger and thumb—in the finger holes and pull them apart, moving the blade on its track back and opening up a hole in the space left behind. You then put the cap of the cigar into the opening and return the finger hole back to where it started, which results in the blade cutting through the cap before stopping at the end of its journey. The blade is extremely sharp and gave me virtually no issues in terms of actually cutting the caps of whatever cigars I used it on, including torpedoes.

Due to the amount of time our coverage of the 2018 Convention & Trade Show, I was able to use the Jaws V-Cutter almost exclusively for more than two months. After that amount of time, the positive aspects of the cutter were fairly obvious and outweighed any negatives by a pretty wide margin. First, the cutter is obviously well-made, with a high-quality finish on the outside that did not get scratched and never picked up fingerprints or dust despite the fact that I carried it around in my pocket with my keys and change multiple times. Second, the redesign of the new cutter not only made it lighter and thinner but also changed the shape of the finger holes, which allows a bit more control when cutting larger ring gauge cigars. Finally, speaking of larger ring gauges, the Jaws V-Cutter can cut up to 64 ring guard cigars, something that is sorely needed these days and a huge step up from the original cutter. 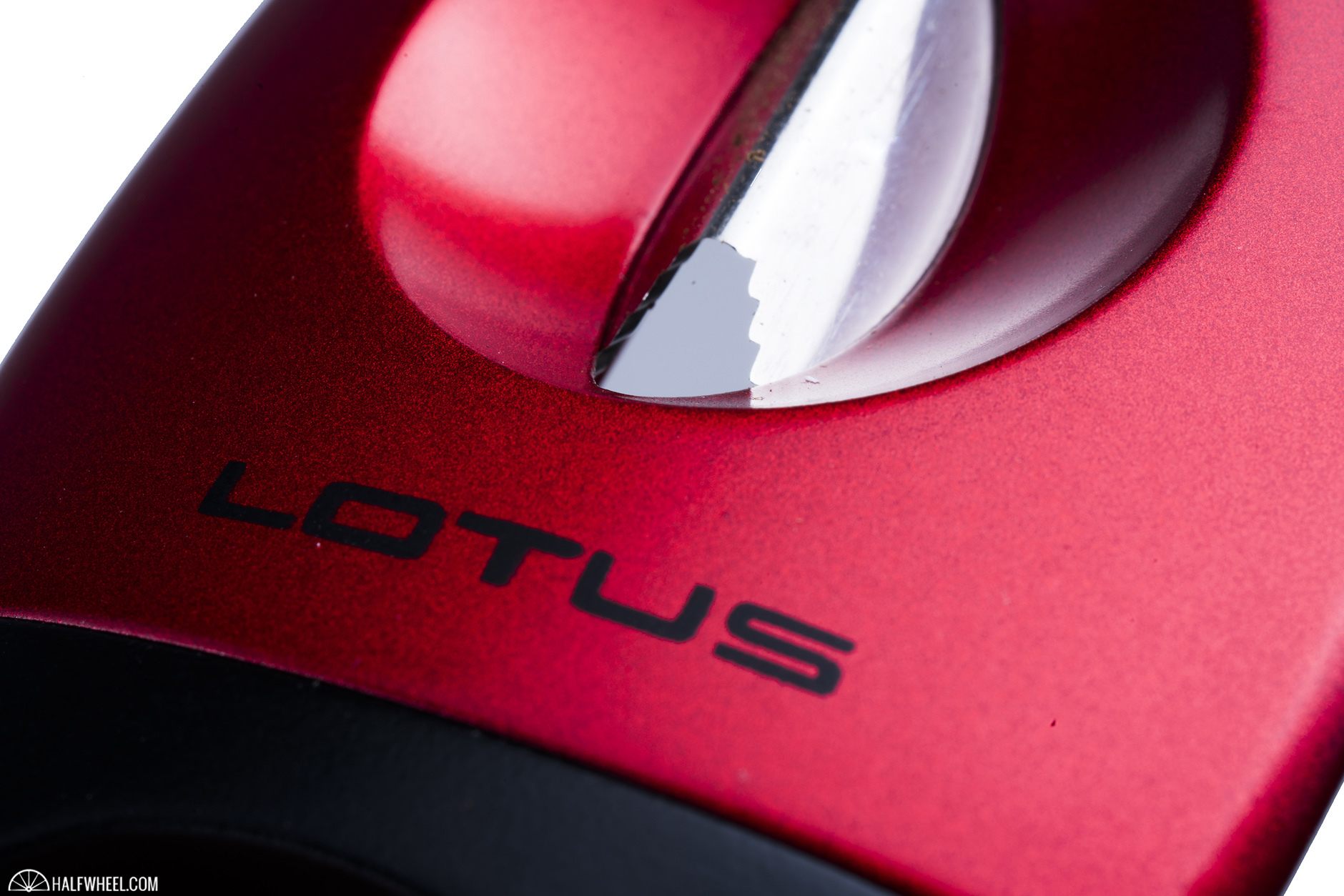 That being said, there are some negative aspects as well starting with the blade, which—while very sharp and not prone to problems actually cutting caps—did have issues with getting small pieces of tobacco stuck on its jagged edges that were sometimes more annoying to remove than expected. There is also the increased cost of the Jaws V-Cutter, which at an MSRP of $39.95 is close to 33 percent higher than its straight cut brother. Finally, while there is no doubt that the decreased weight helps the cutter when talking about carrying it around on your person, that decrease actually has a negative impact on the balance when actually cutting cigars, meaning you have to push a little harder against the cap to get a deep cut. 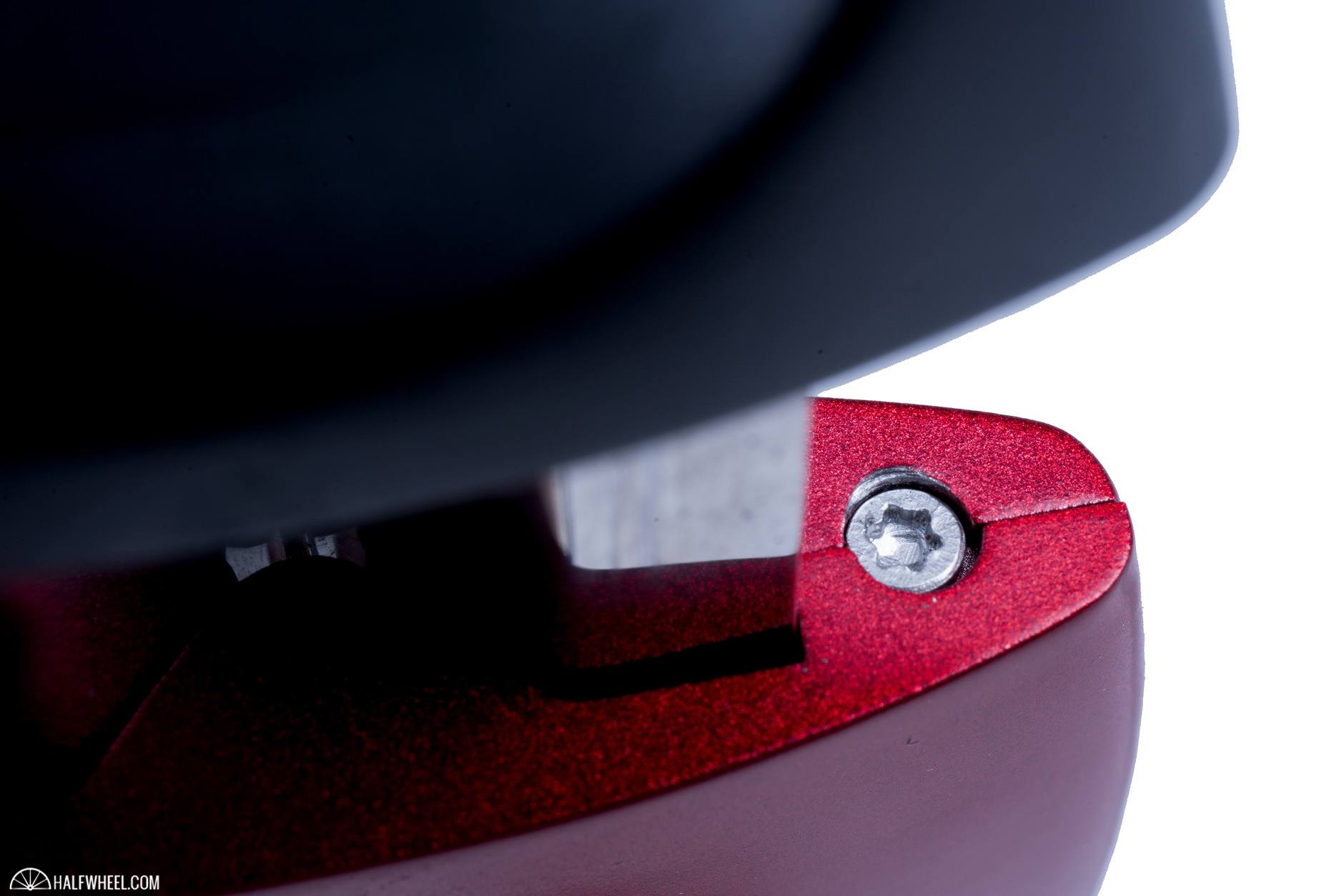 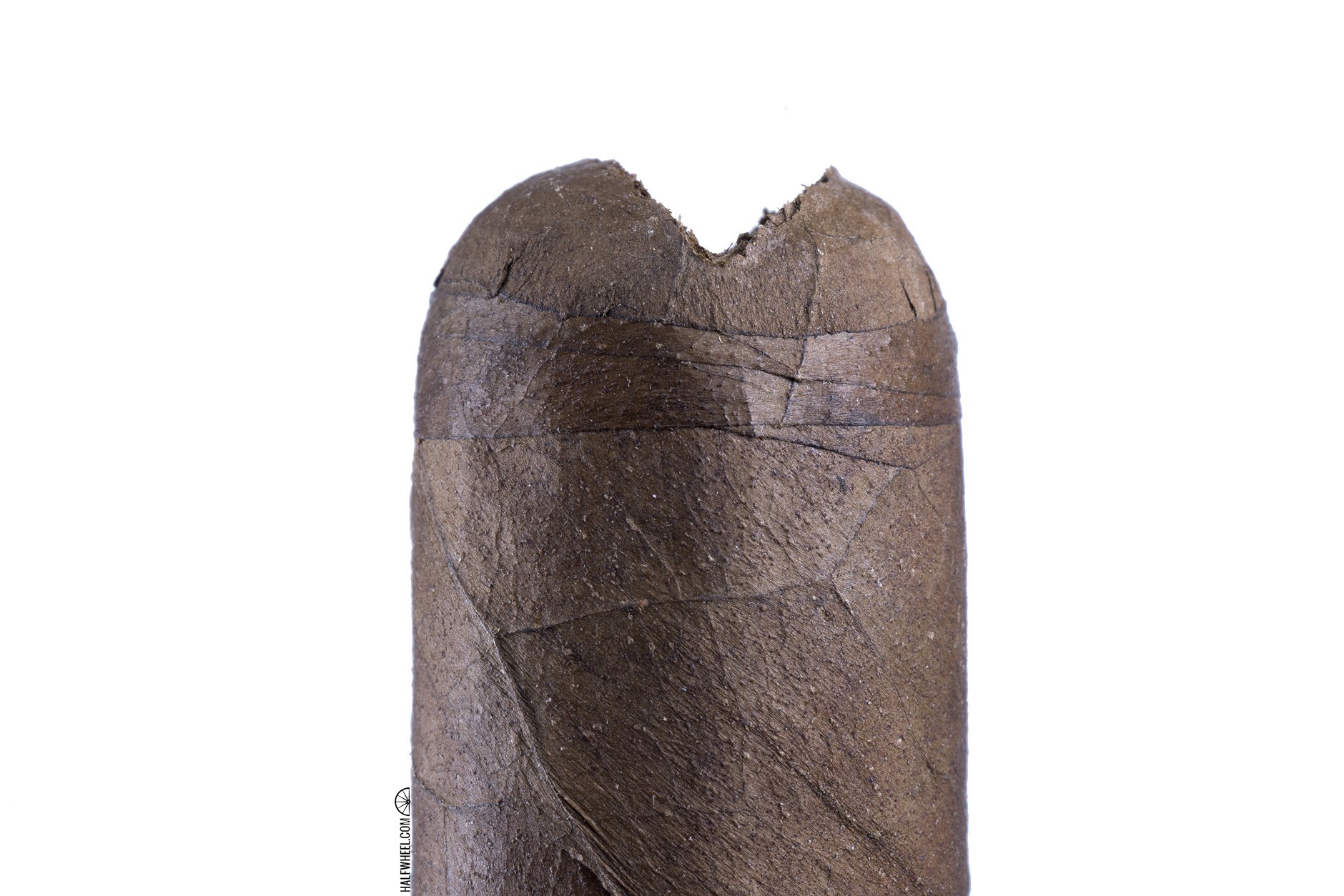 In terms of warranty, Lotus covers the Jaws V-Cutter with a limited lifetime warranty, which covers mechanical defects “under normal use,” although it does exclude damages resulting from “accident, misuse, tampering or abuse.” In addition, the Jaws V-Cutter warranty does not cover issues resulting from bad repairs or damage to the outer finish from “natural wear and tear.” By way of comparison, Colibri only guarantees its cutters for two years while XIKAR covers everything they produce with an unlimited lifetime warranty and will replace any product they offer for virtually any reason, although I have not tried the “I just don’t like this color anymore” line yet. 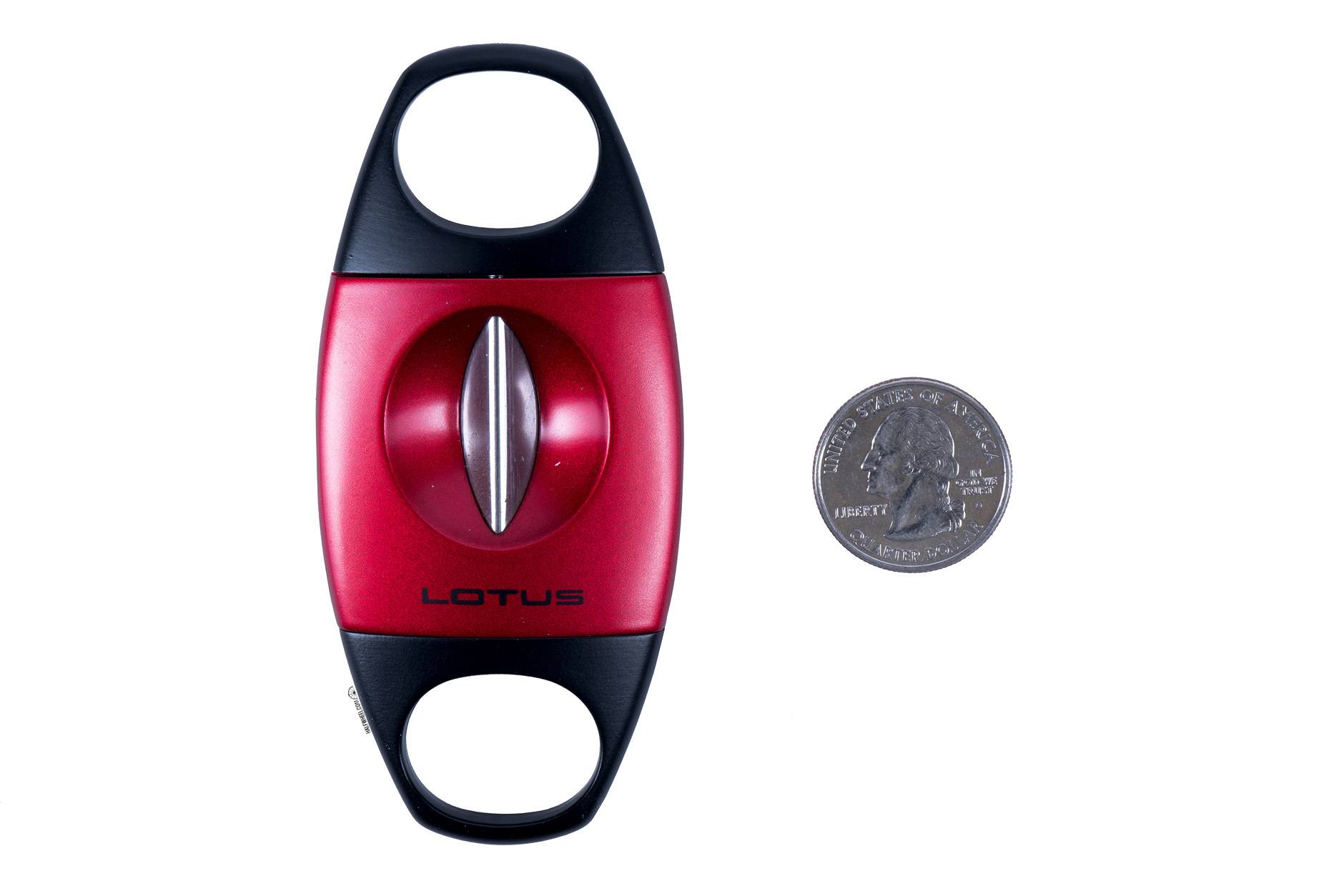 In the end, I found it interesting that after only one year, Lotus was able to produce a v-cutter built with serrated blades that not only weighs significantly less than its straight cut brother but also sports a sleeker design, a (slightly) shorter footprint and the ability to cut cigars with larger ring gauges. Having said that, while the Jaws V-Cutter does not produce cuts that are quite as sharp or as clean as a traditional v-cut blade on something like the Colibri V-Cut, which remains my preferred v-cutter of choice. Yes, the serrated blade is essentially a marketing ploy—those looking for a looking for a jagged cut on your cigar are destined to be disappointed—but there is no denying that it gives the Lotus Jaws V-Cutter a look that is visually unique while not hurting the actual functionality, a combination that is not present in most of the cutters on the market today.

An earlier version of this review stated that the Jaws V-Cutter retail price was $39.95, in fact the price is $29.99. The review has been changed to reflect the correct information.