I have always been a big fan of the Small Batch concept, i.e. when cigar manufacturers produce a limited quantity of specific sticks with specific tastes and qualities. The Small Batch No. 2 is just one of the examples from Litto Gomez, and one he has used before, with the somewhat obviously-named Small Batch No. 1.

I have not seen many reviews online of this stick, most likely because they are fairly difficult to get a hold of. When released, the production was 30,000 cigars which came in huge cabinets of 105, that almost looked like an ammo locker. That means only about 285 boxes were available to the worldwide market.

The wrapper is a very nice red-brown color, and I could smell a little bit of pepper and tobacco obviously. It is slightly oily and also slightly spongy when squeezed, but it is a very dense stick. In fact, it almost feels too heavy for the size of the cigar, it is so dense. I love the band on it, love the colors and the ornamentation.

After torching the foot and lighting the cigar, I took a few puffs and got a fairly medium amount of pepper from the start. Not a blast of pepper like in a lot sticks, but a very pleasant amount that added to the overall experience.

The first third of the cigar was dominated by some pepper and flavors of oak. There was also a slight earthiness, kind of a musky earth flavor, that intertwined with the oak to produce a wonderful unique flavor that I really loved. 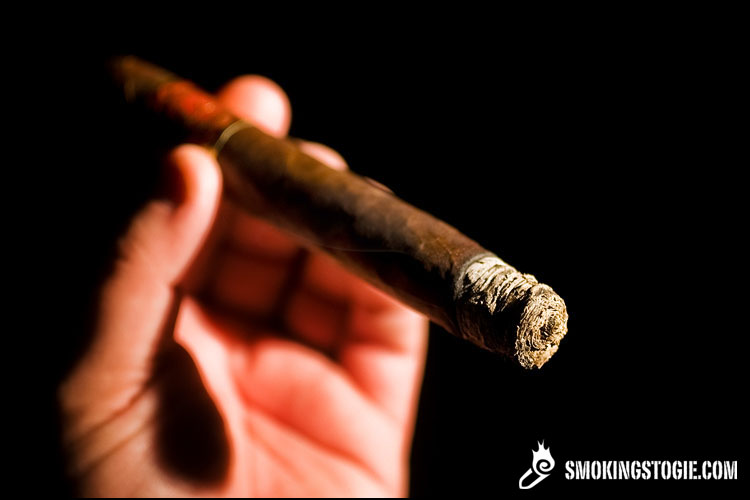 During the second third, the pepper in the cigar was reduced to almost nothing, but that earthiness increased and became quite a bit sweeter, to the point where I almost wished for some more pepper to combat it. 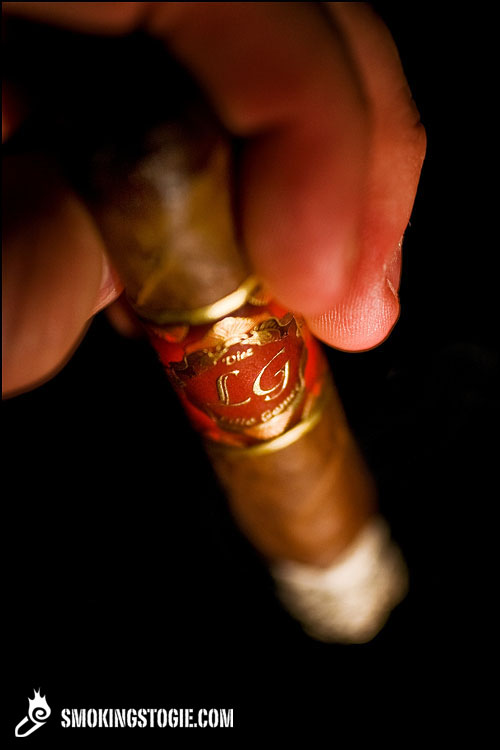 In the final third, the pepper returned to previous strengths and the aforementioned earthiness and sweetness dissipated. I was left with a toasty nuttiness, an almost tart flavor that continued until the end of the cigar, a fairly nice way to end the stick. 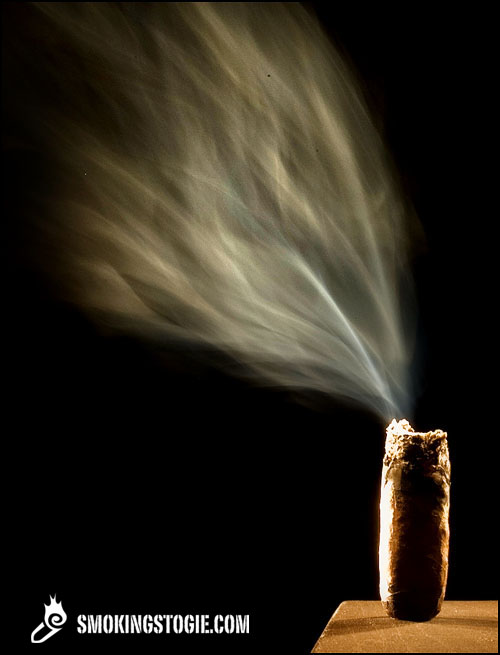 While this was a fairly complex cigar in terms of taste, I can't help but think that the muted pepper, most like due to aging, hurt the overall smoke. I think a bit more pepper would have increased the contrast between the flavors and made it more enjoyable. Still a very good cigar, but not as good as it could have been, having said that, I did enjoy it, and have some more that I will not be getting rid of.