It was introduced in a 5 5/8 x 46 corona gorda size—which at the time wasn’t offered in the normal LAT line—and featured a much darker wrapper than the regular line. In this case, that came in the form a higher priming version of the Ecuadorian Sancti Spiritus wrapper that the regular line uses. Primings refer to the vertical position of the leaves on a plant, meaning that these wrappers came from higher up on the plant, which, generally, are considered to be stronger and smaller leaves than the lower leaves.

This summer, Tatuaje announced that it would be adding three new sizes of Selection Spéciale in the form of the three original sizes of the regular LAT line: 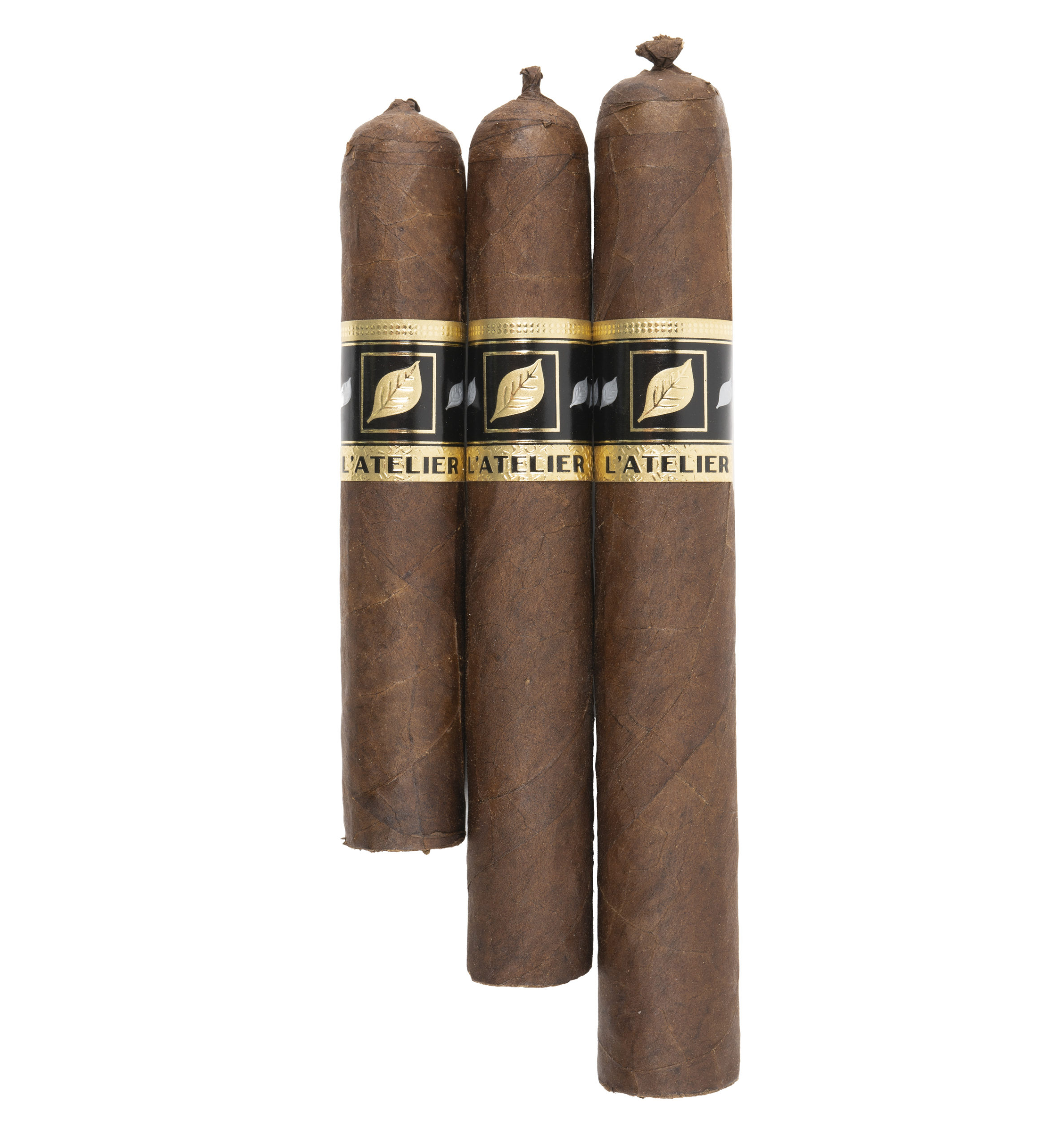 “After seeing the success of the original three sizes of L’Atelier we decided it was time to offer them in the Selection Speciale series,” said Pete Johnson, Tatuaje’s founder, as the company prepared to ship the new cigars. “The higher priming of Sancti Spiritus really shines on the three original vitolas. We decided after 8 years it was time to revamp the sizes and the bands on both the original and Selection Speciale to accent the new additions.” 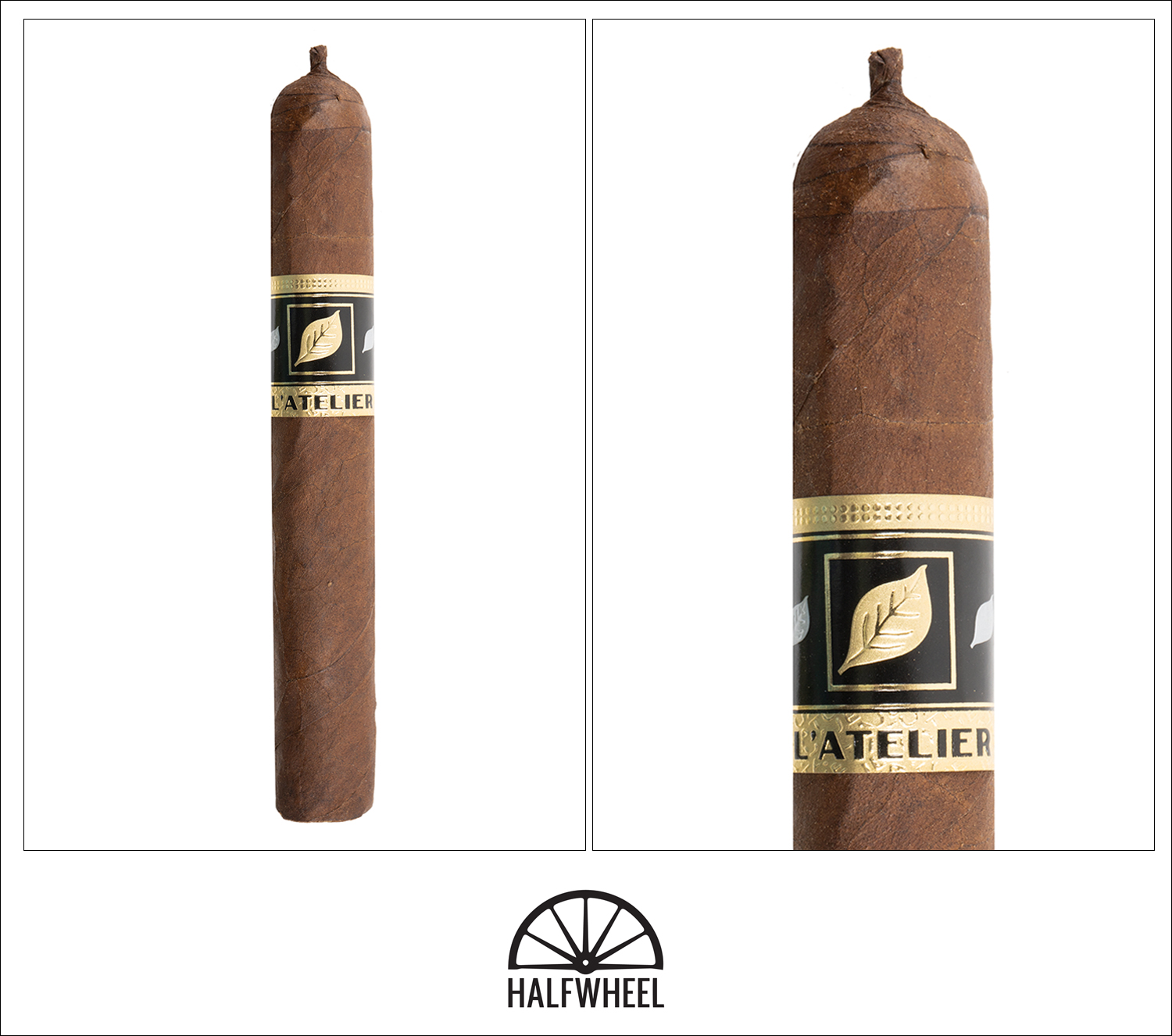 While there are some veins that protrude out from the cigar a bit more than average, all three L’Atelier LAT54 Selection Spéciales look great. It’s a dark wrapper with a decent amount of oil and some slight red color. Aroma from the wrapper is medium-full with a mixture of barnyard and dark chocolate. The foot is fuller and dominated by gingerbread and a generic sweetness. Beyond that, I pick up a bit of furniture polish, acorns and some chocolate. The cold draws bring the barnyard back into the fray joined by acidity, sour, raisins, nuts and something that reminds me of sushi rice. Like the foot, it too is full as far as intensity goes.

I didn’t notice any issues with the draw when I was doing cold draws and there aren’t any on the first puff, but the flavor profile begins like some Cuban cigars do when they have tight draws. There’s a deep nuttiness and woody flavor, but everything seems to be a bit restrained. That flavor eventually goes away, replaced by a spicy roasted mixture that sits on top of earthiness, white pepper, cedar and some salt. The finish has acorns, saltiness, earthiness, sharp lemon, and something that reminds me of mineral water. Retrohales are dominated by peanut butter over top of some woodiness. The woodiness eventually takes over into the finish of the retrohale, before rose water finishes off the profile. While the main flavors might not be top tier, the retrohales in the first third of the L’Atelier are absolutely delicious. Flavor is medium-full, body is medium-full and strength is medium-plus. Construction varies from fine to great, but I get through all three cigars without any construction complaints in the first third. 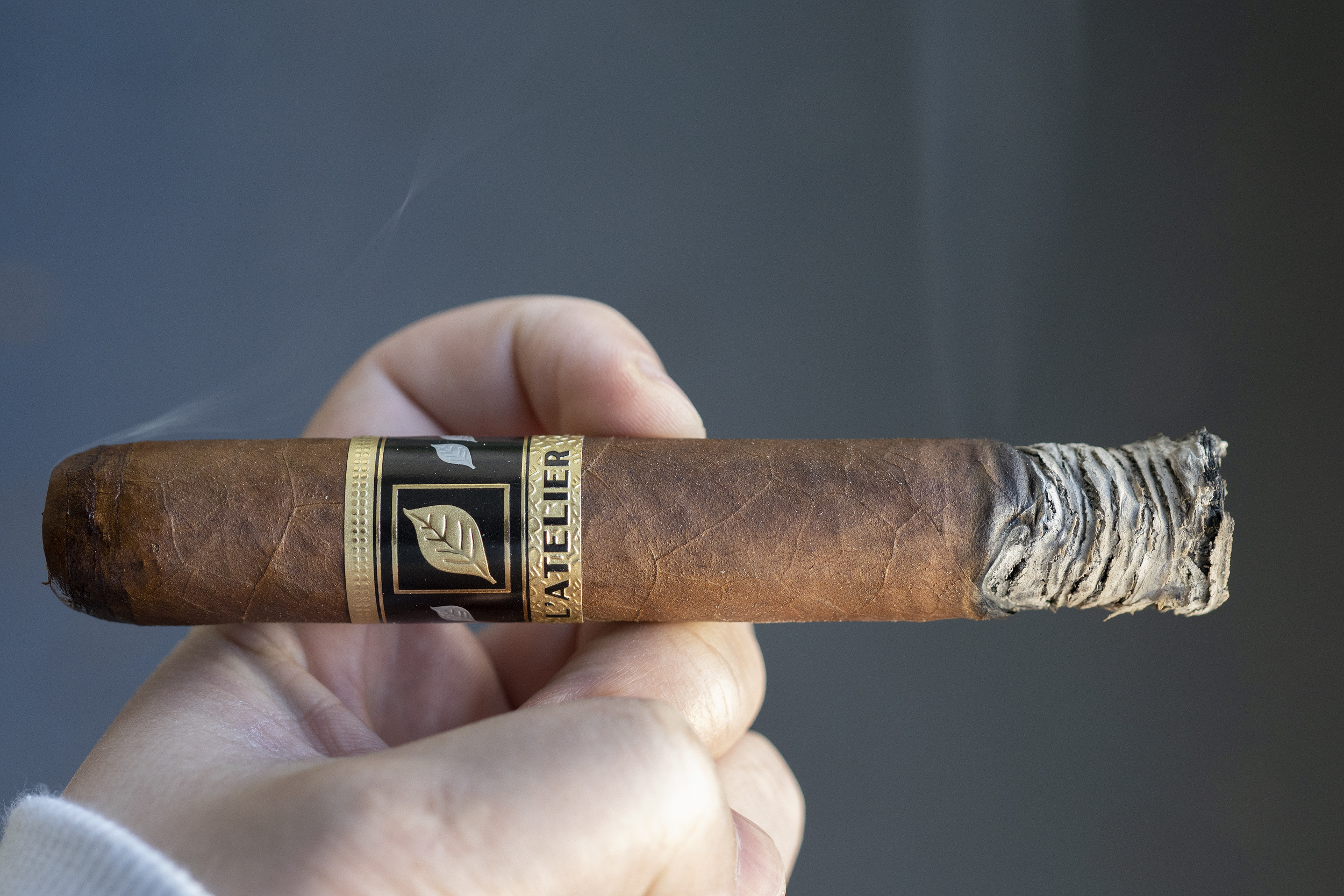 The second third of the L’Atelier LAT54 Selection Spéciales are different both in the sense that the second third differs from the first third, and also that the three cigars aren’t all the same. Two cigars see a substantial uptick in strength and all three get much spicier. For a bit of time, those two just seem to be getting spicier and stronger with every puff. This would be fine if there were other things going on, but too often there isn’t. Fortunately, there’s a reprieve right before the halfway mark. It leaves behind a profile of minerals, peanut butter, mirin—think a sweeter sake—and some bitterness. All three cigars have a crispness, something that might be more of a case of the contrast between the initial parts of the second third and the latter parts, but one cigar stands out for how precise the flavors are. The mineral and nut flavors stick around, at times delivering a bit of a creaminess. Retrohales vary from blasts of pepper to something more approachable: a mixture of berry, stone, earthiness and leather. Even in the case of the latter, there’s still a fair bit of green pepper as the retrohale finishes, though at various points I pick up other flavors including stone, honey and a white pepper. The downfall here is the bitterness, which is steadily increasing and creating an unpleasant taste across all three cigars. Flavor is full, body is full and strength is medium-full. Construction issues plague all three cigars, something that seems to be a case of a loosening draw. I rarely recommend building up long ashes, but in the case of the samples I smoked, that seemed to be better. Unfortunately, the cigars need touch-ups to help smoke production, which is complicated by the open draw. 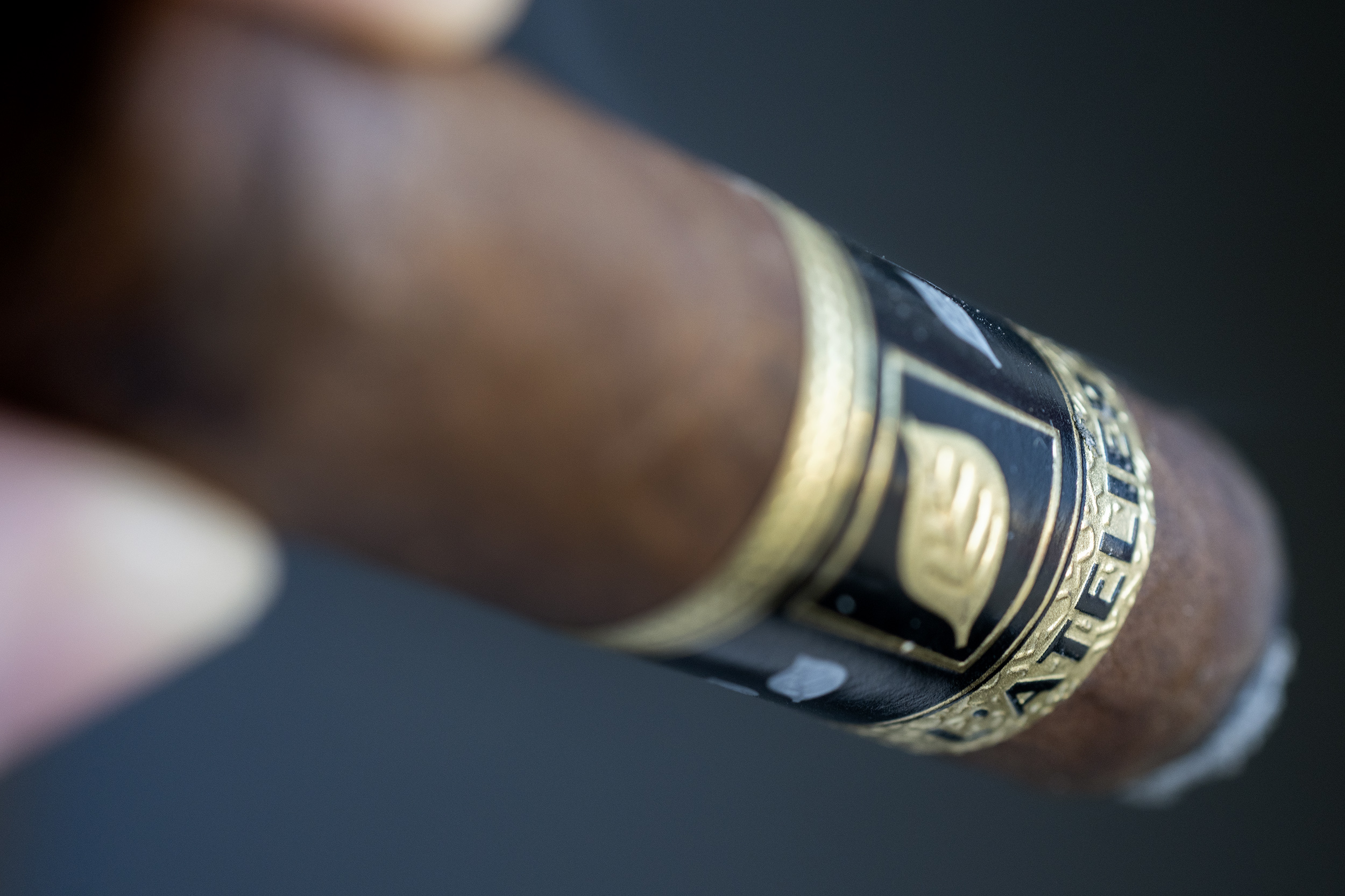 By the final third, the joy of the retrohale in the first third is a very distant memory. Whether because of the open draw, the touch-ups likely caused by the open draw or the cigar itself, the profile is just too bitter and becoming increasingly bitter as the cigar comes to a close. There’s earthiness, barnyard and some super dark chocolate but I really wish I had a sweet drink to help cut through this. The finish has nuttiness, toastiness and black pepper—something that definitely tastes like a cigar that has had to have assistance from a lighter a few times. Retrohales are super sharp with toastiness, lots of red pepper and a familiar mineral flavor. It’s sharp enough that I just avoid blowing smoke out through my nose 95 percent of the time, with the 5 percent being done solely to make sure something hasn’t changed. Flavor is medium-full, body is full and strength is medium-full. 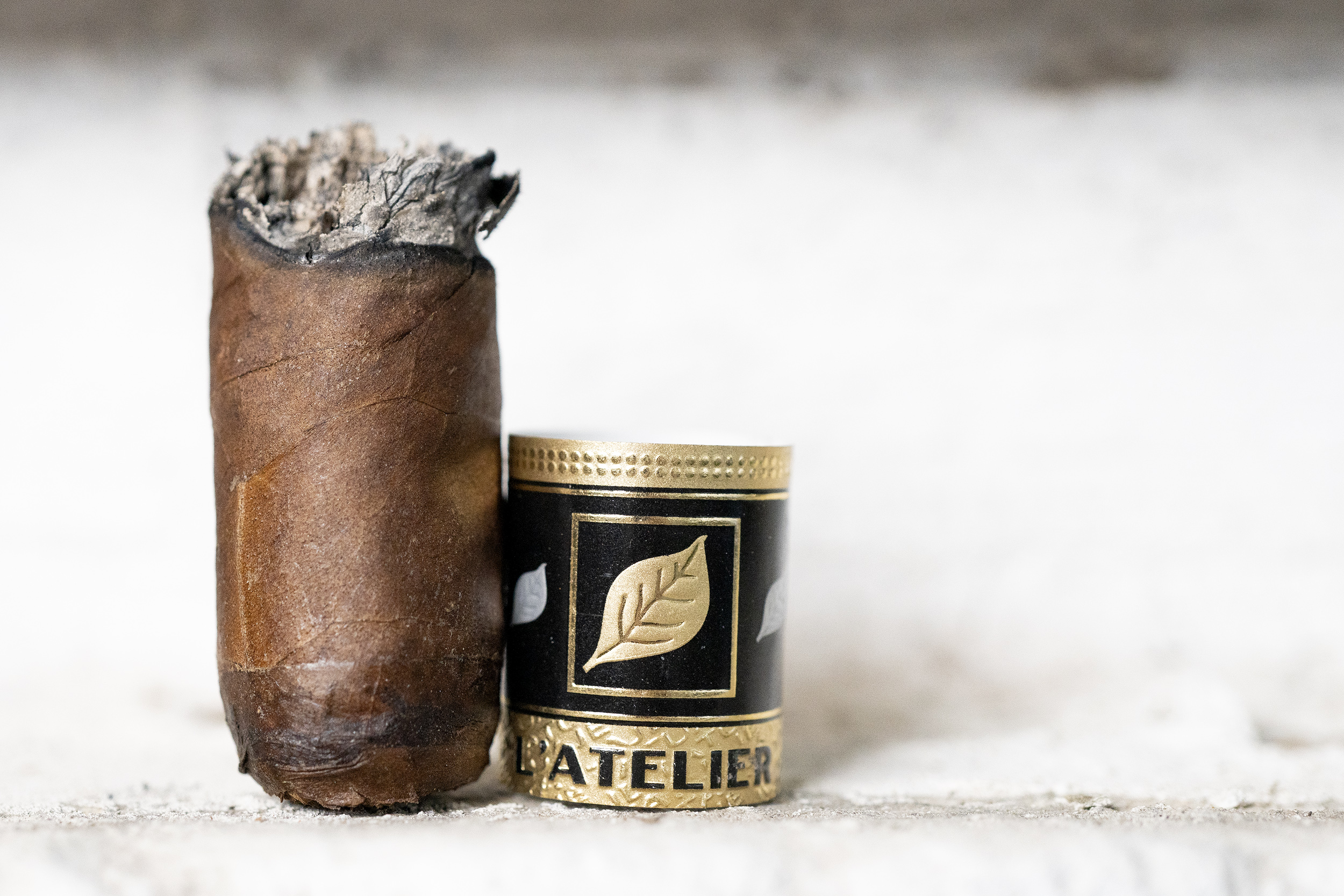 If you are a high school English teacher, my guess is that you’ve seen a lot of papers that look like how this cigar performed. The first page or two was great, not perfect but it has some excellent traits. And then things go off the rails in the middle portion. Maybe there’s a paragraph or two where things seem like things might be going somewhere. And then it’s back to the problematic territory. Cigar blends aren’t crafted like high school essays; to my knowledge, there’s no ability to delete a few paragraphs and try again at the middle point. But I wish that were the case. If I only smoked the first third of this cigar, I would come away with a very different impression, as it was something that performed much like the majority of Tatuajes over the years. The second half was anything but and quite different than anything I've ever had from Tatuaje.