The La Sirena LT is getting a 7 1/2 x 52 double corona that will come priced at $10 per cigar and be offered in 20-count boxes. It uses an Ecuadorian Connecticut wrapper, Nicaraguan habano binder and fillers from the Dominican Republic, Honduras & Nicaragua. The line is produced at the El Paraiso factory in Honduras, and now includes four sizes:

Danny Ditkowich told halfwheel that he expects the new vitola to be at the company’s Florida warehouse by the end of June, which would have it on display at the trade show and ready to ship shortly thereafter. La Sirena LT is the fifth line from the brand, debuting in April 2016.

The brand is also bringing back a limited edition vitola in its core line, the La Sirena Box Pressed Lancero. It returns with all the same specifics as the first batch, which debuted at the 2016 IPCPR Convention & Trade Show: 100 boxes of 10 cigars are being produced, with single cigars priced at $12. The cigar is produced at Erik Espinosa’s La Zona Cigar Factory in Estelí, Nicaragua. 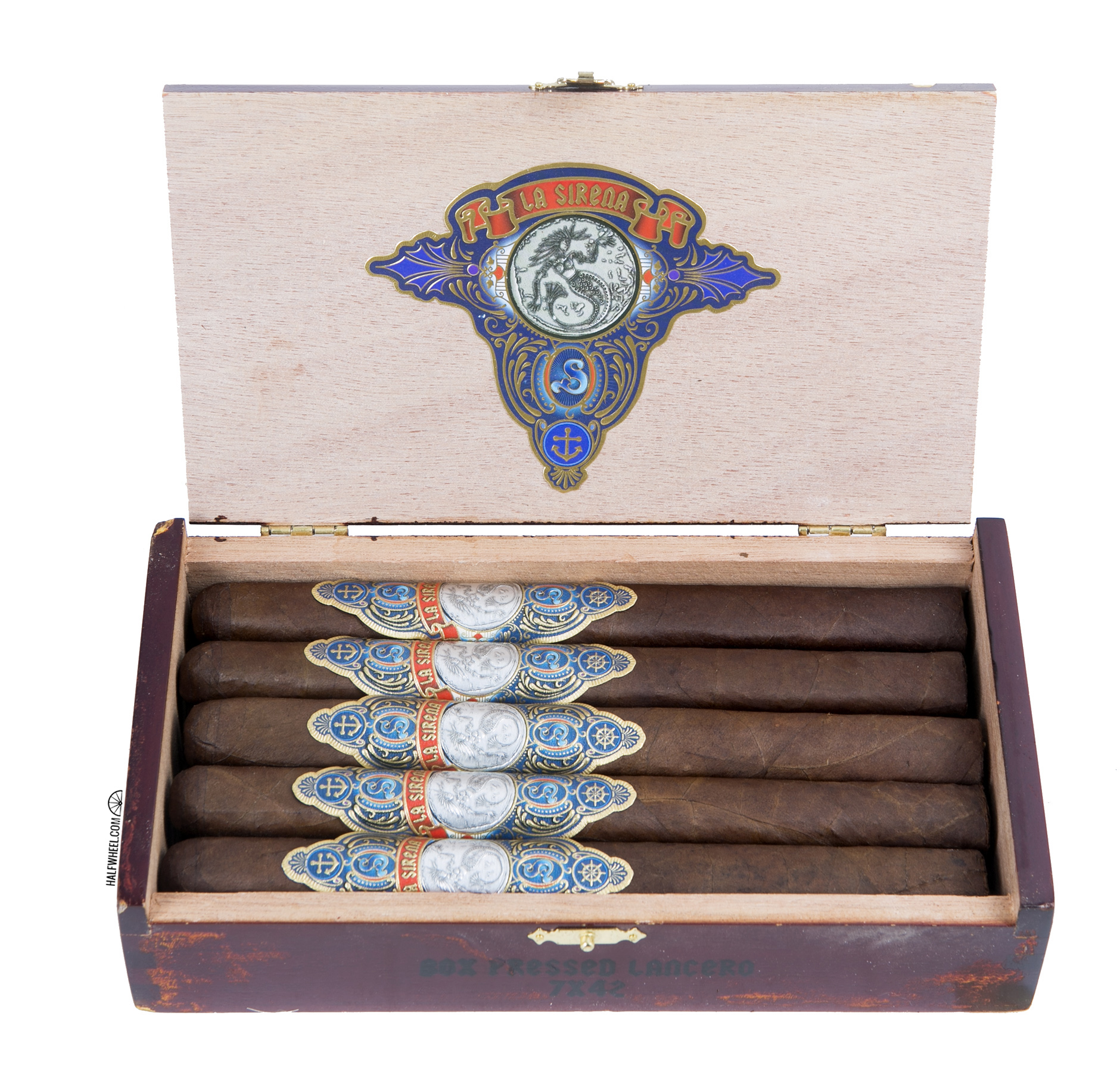 The blend of the La Sirena core line uses a Nicaraguan habano oscuro wrapper covering a Nicaraguan criollo binder and filler made up of Nicaraguan Jalapa and Condega tobaccos. The second batch is scheduled to be available in mid-June.