There’s a new L’Atelier Imports cigar coming and like so many before it, the inspiration comes from Bordeaux.

The company will release La Mission du L’Atelier (the mission of the workshop) at next month’s IPCPR Trade Show & Convention, a cigar inspired by Château La Mission Haut-Brion, a French winery located southeast of Bordeaux in the Pessac-Léognan region. The cigar will use a Mexican San Andrés wrapper over Nicaraguan fillers including Sancti Spiritus leaf—all of which were grown by the García family of My Father, who also is producing the cigars at My Father Cigars S.A.

Pete Johnson, one of the partners in L’Atelier, told halfwheel that it is the strongest release for the brand so far. 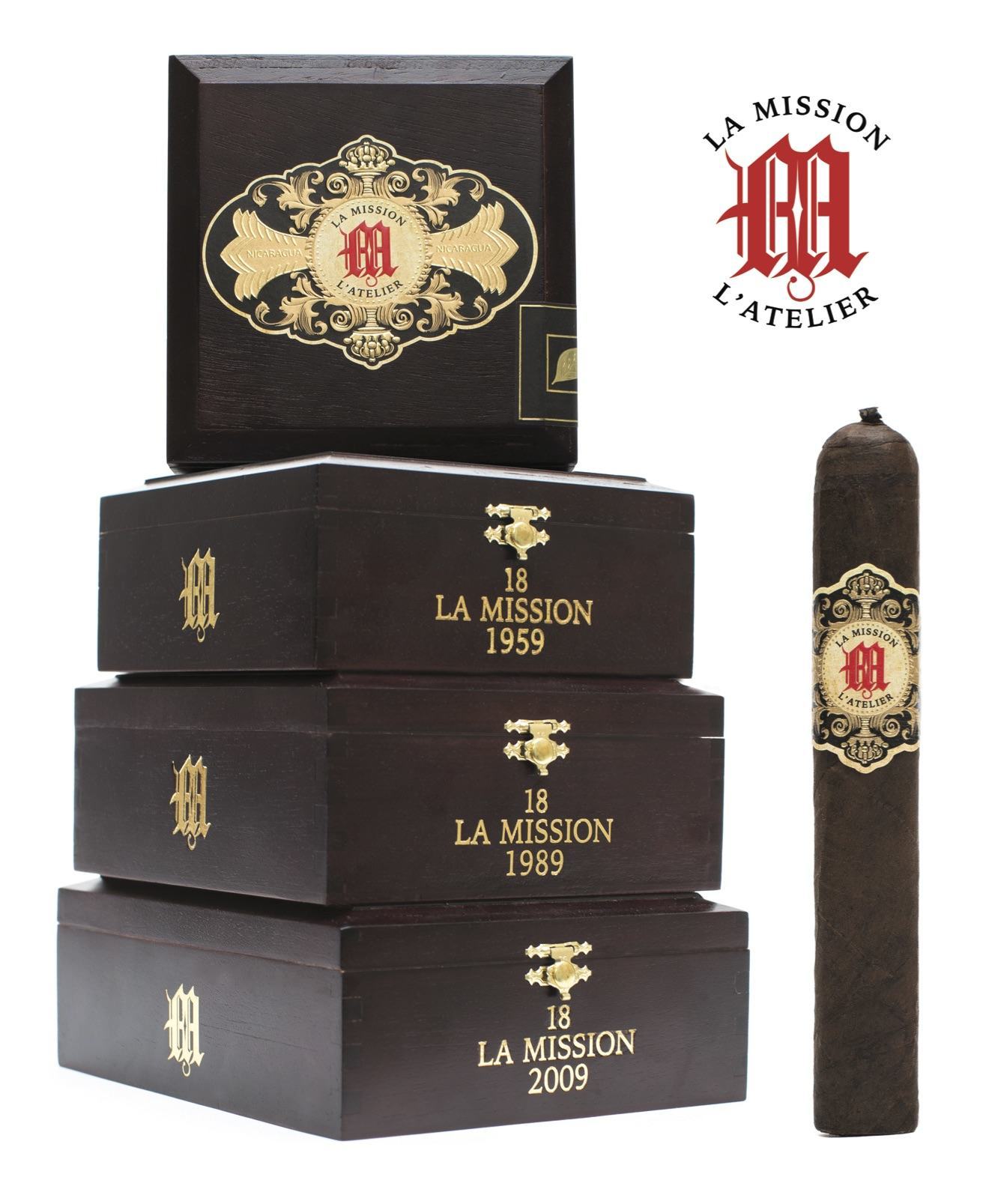 Johnson explained that the years were chosen for the vitola names as they correspond to when the winery received 100-point ratings from Robert Parker, something that has occurred seven times to date with the other ratings taking place in 1955, 1982 and 2000. Johnson originally said if there was to be another 100-point rating, an additional size would be added. A few weeks after making that statement, Parker upgraded a 2005 vintage to 100 points. Johnson said he would be making a new size for that.

Interestingly, there’s no official partnership between Château La Mission Haut-Brion and L’Atelier Imports, and it’s not even the winery Johnson uses to make his own Tatouage wine.

La Mission will be packaged in boxes of 18 and is expected to ship immediately following the trade show, which begins July 17.

Update: The original version of this story sated that the 1955 was the smaller planned size, it is in fact the 1959. The 1955 is an upcoming size.