Over the years, the event has grown to be quite popular, and in 2013 Ron Lesseraux of Series Cigars asked Litto Gomez of La Flor Dominicana for a special cigar for the event. Coming up with a special blend and size, Gomez produced 50 boxes of 10 box pressed toro extras. In 2014 and again this year, the cigar returned with the same blend and size, though it uses different vintages of the tobaccos. The La Flor Dominicana cigar features a deep, dark brown wrapper that is extremely soft and oily to the touch. It’s quite firm with just enough give and has a wonderfully seamless application of the wrapper. There isn’t much aroma off the wrapper, just a minor wet barnyard note. The cold draw however is much more intriguing, starting off with a kind of root beer aroma, then shifting to a chocolate, vanilla, rich fruits and black pepper profile.

Starting into the first third spices, pepper, chocolate and dried fruits make up a rich and hearty profile. The draw is more open, but still within acceptable limits and smoke production is quite plentiful. While the burn isn’t perfect, it is even for the most part. Dense ash holds on firmly until around an inch mark and only rolls off with my intervention. Pepper and spices continue at the forefront, with the rich chocolate and dried fruit notes following it up less powerfully, but not quite what I would call in the background either. Moving into the second third there isn’t much change to the profile, with the only real note of change being the La Flor Dominicana Texas Cigar Festival is noticeably growing in strength. The burn continues to be a little uneven, finally calling for a touch up. Despite the burn going off course, the black pepper and spice continues on unabated, with the chocolate and dried fruit moving a little more towards the background now. Without hardly any change in the profile I wouldn’t call this cigar exciting so far, but it is consistent with the flavors that are there, which is a good thing. 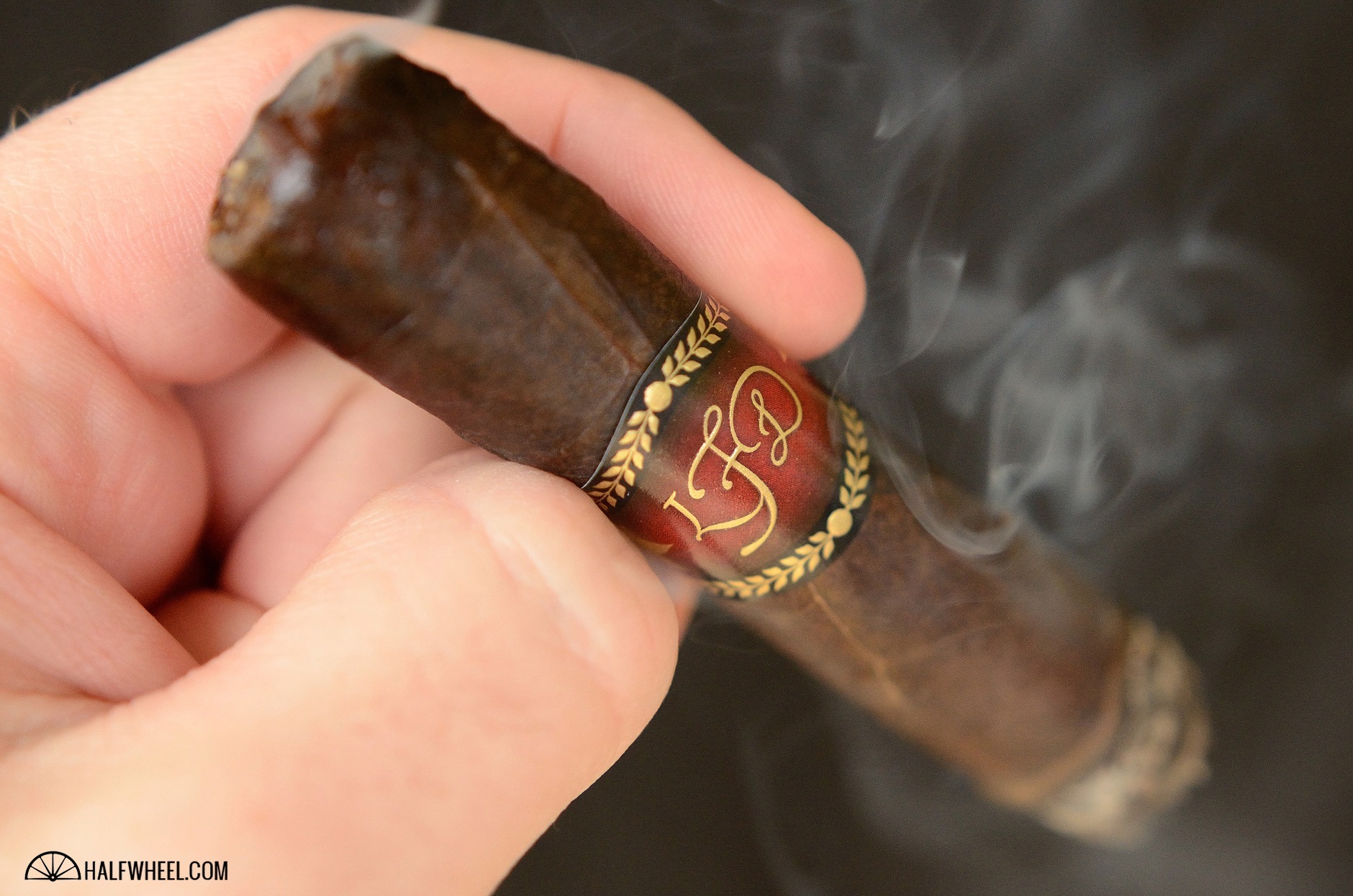 While I thought the LFD had plateaued in strength, I was sorely wrong as the final third continues to see it increase landing in the full range. Black pepper continues, having moved to dominate the profile even more, though the spices, rich fruits and chocolate are still prominent enough that I don’t have to work hard to find them. The burn has deteriorated more in the final third, requiring a couple of touch ups here and there. Thankfully the burn problems don’t seem to affect the profile any, meaning they’re just an annoyance to deal with instead of seeing the entire profile unravel. The cigar ends without getting harsh, which is another nice thing to see despite the burn problems. I haven’t had the opportunity to smoke either of the previous two Texas Cigar Festival releases, though I’m familiar enough with the La Flor Domincana brand that I can at least compare this release to the rest of their portfolio. This wasn’t an overly complex cigar, really just sticking to a few flavors, but those flavors meshed well and created an enjoyable profile. The burn issues were less than ideal, though thankfully it didn’t cause the entire experience to fall apart. Overall, I cannot say this was my favorite LFD that I’ve smoked, but it’s a it was an enjoyable offering. And while the price point doesn’t affect the score, it does make it easier for me to suggest picking yourself up a box of these before they’re gone.