Last month, La Flor Dominicana shipped the fifth incarnation of a limited edition commemorating the Super Bowl. As with past versions, the Special Football Edition 2019 was not only shipped exclusively to retailers in the state where America’s most popular sporting event was being held—this year, that state was Georgia—but each cigar also includes an image of a football made by adding pieces of tobacco on top of an already rolled cigar.

Packaged in simple wooden boxes of 10, the new cigar was released in only one size,  namely a 6 1/2 x 58 box-pressed gordo vitola priced at $16 each. In terms of blend, the Special Football Edition 2019 features an Ecuadorian habano wrapper covering an internal blend of all Dominican tobacco, while the two stripes on the top and bottom of the cigar as well as the football cutout is made of Connecticut leaves. The new cigars were shipped to retailers on Jan. 18, well in advance of Super Bowl LIII that took place on Feb. 3 at Mercedes-Benz Stadium in Atlanta.

There have now been five different releases of the La Flor Dominicana Football Special Edition. While it is still a normal shape, the La Flor Dominicana Special Football Edition 2019 is very distinctive visually thanks to the well-represented football made out of lighter tobacco on the bottom half of the cigar. Although it is a bit spongy when squeezed, there is a very nice soft box-press as well as two accent lines made out of the same lighter tobacco on the top and bottom of the cigar. Aroma is a combination of sweet manure, leather, earth, vanilla beans and dark chocolate, while the cold draw brings flavors of cedar, leather, earth, espresso beans, clay, almonds and sweet hay along with some spice.

Immediately after lighting the foot, the first third of the La Flor Dominicana features a profile dominated by the same sweet hay and cedar that were present in the cold draw, while other notes of cocoa nibs, dank earth, bread, generic nuts and leather flit in and out. The sweet hay note is quite noticeable on the palate and combines nicely with some black pepper on the retrohale as well as some spice on my lips. In terms of construction, the burn is decent without being fantastic, while the draw is excellent after a straight cut and the smoke production is both thick and copious off of the foot. Strength-wise, the Special Football Edition 2019 starts out surprisingly mild at first, but ramps up fairly quickly, ending up closer to the medium mark than the mild mark by the time the first third is over. While both the black pepper and the spice from the first third increase noticeably during the second third of La Flor Dominicana, the dominant flavor on the palate remains a combination of creamy cedar and sweet hay. Those are followed closely by other flavors of dried tea leaves, rich coffee beans, cocoa nibs, milk chocolate, leather and a touch of cinnamon, along with a fleeting floral note that is relegated to the retrohale. Construction-wise, the draw continues to be fantastic, but the burn runs into some issues that end up with me touching it up a couple of times in quick succession. In addition, the smoke production continues to be extremely copious and while the overall strength fails to hit the medium mark before the end of the second third, the cigar does seem to have more in the tank. 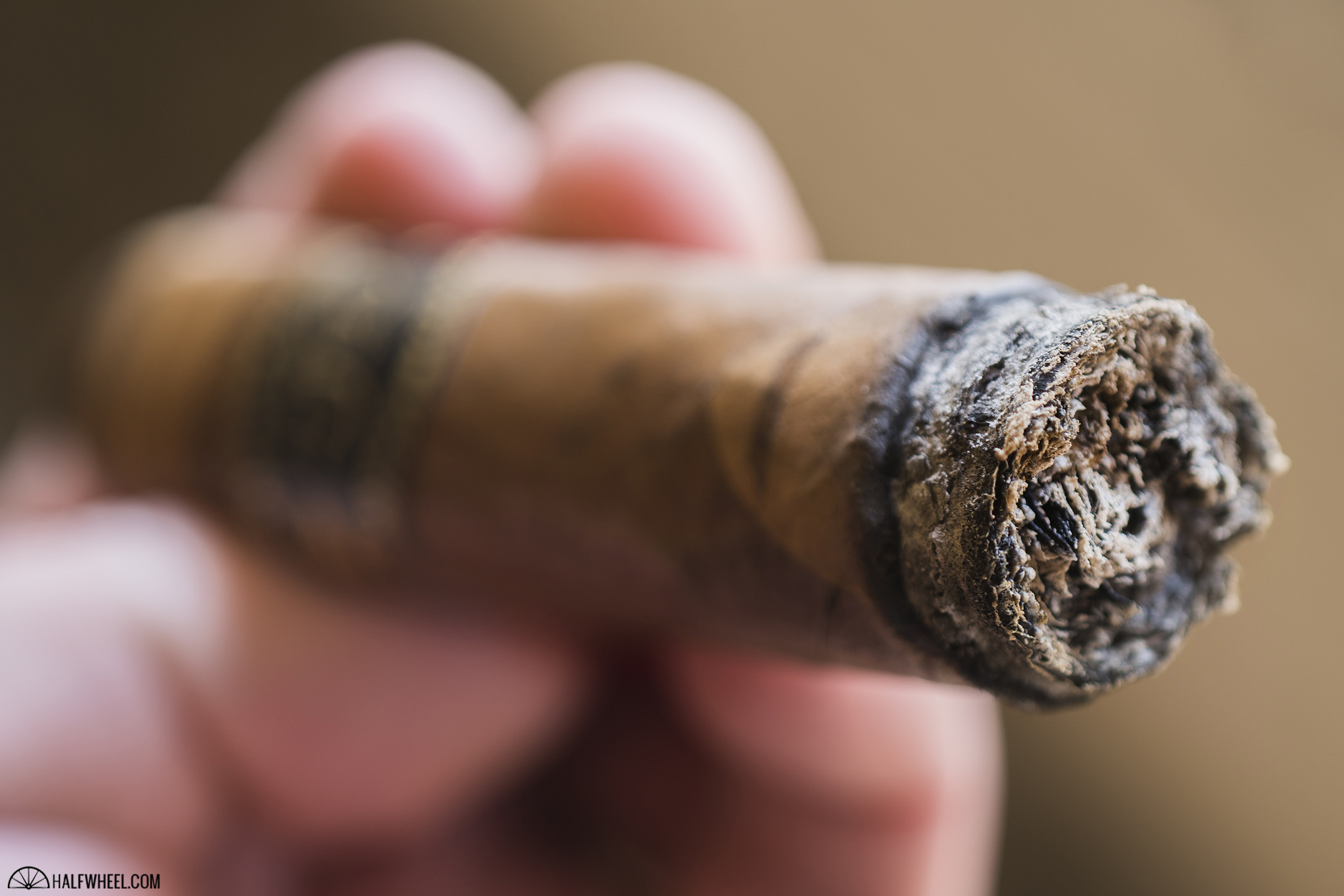 The interesting floral note that was so fleeting in the second third becomes quite a bit more aggressive in the final third of the La Flor Dominicana Special Football Edition 2019, leading to a more complex profile overall when combined with the still dominant creamy cedar and sweet hay combination. Lesser flavors of leather, tea leaves, roasted coffee beans, bread, cinnamon and earth bring up the rear, while both the black pepper and spice on my lips have decreased noticeably from their peaks in the second third. Both the draw and the burn are now hitting on all cylinders, and while the overall strength does pass the medium mark, it never threatens to hit full by the time I put the nub down with a bit more than an inch to go. The Bottom Line: Issues opening the box in order to photograph the cigars aside, I look forward to smoking the La Flor Dominicana Special Football Edition every year, not just because of the artistry of the exterior, but because each of the cigars in the series have been very enjoyable in their own ways. Thankfully, the Special Edition 2019 follows that trend, with a creamy cedar and sweet hay profile that is as enjoyable as it is easy to smoke, along with an interesting floral note that comes in late in the profile. No, it is not nearly as good as the 2018 version that garnered a Top 10 spot in our Top 25 last year, but the newest addition to the series holds its own in a series that has produced a number of very good cigars.