The era of single store and small batch release cigars isn’t quite dead as new projects continue to arrive on shelves, including a new cigar made by La Flor Dominicana for Elite Cigar Cafe in Addison, Texas.

The appropriately named La Flor Dominicana Elite Torpedo is a 6 x 54 figurado with an oscuro wrapper over a Dominican binder and fillers. The cigar got its release at a Jan. 25, 2018 event at the store that featured Tony Gomez. If all you want is a dark, oily wrapper, stop reading and go buy the La Flor Dominicana Elite Torpedo right now. Its sheen glosses up a fairly even color with a bit of mottling to the lighter side of the spectrum, with small, drained veins and no tooth. The roll is clean though has a few small bumps coming from underneath the wrapper, and the heads of the cigars are clean if not always perfectly straight. From the foot, I’m offered aromas of salami and assorted cured meats as well as peanuts and just a bit of pepper. There’s some sweetness in there, yet I can’t figure out exactly to what I’d equate it, possibly plain bubble gum, possibly table sugar. Even with the tapered head the cold draw on the first sample is a touch loose but not concerning, offering more of the salami and cured meat flavors—none of the peanut or pepper—but an intertwining note that has me thinking of balsamic thanks to a mix of sweetness and tanginess. A more conservative decapitation on the second and third cigars reveals a slightly firmer draw.

The La Flor Dominicana Elite Torpedo opens up with decent smoke production and an easy draw that delivers a somewhat dry and toasty profile in the first puffs that gets some backing from black pepper. There’s a bit of wax and chalk in the texture of the smoke, a combination I can’t say I’m fond of as it goes right for the tip of the tongue, but it’s manageable. There’s some decent pepper through the nose in the first inch that provides a subtle exclamation point to the flavors without throwing things out of balance. The first clump of ash falls during a puff at about an inch in length, and with its departure the cigar picks up a bit more flavor intensity. There’s more pepper through the nose and on the palate, and the profile isn’t quite as dry as it started. Regardless of the air flow the cigar burns well with decent smoke production. I get some suggestions at chocolate in the transition from first to second third, though it’s not enough to warrant being called dominant, as it is behind some fresh woods and a bit of dry earth that has the most prominent role in the finish. After picking up some lushness from the chocolate, the cigar dries back out while keeping the wood and earth but shifting how they hit the tongue. Past the midpoint, there’s a reintroduction of the chocolate—sometimes thick and chewy like a brownie, other times more like cocoa powder—and the smoke gets a bit fuller and thicker in the mouth. It is definitely the preferred profile that the blend has offered, with the complementary pepper found in the retrohale an enjoyable touch. The closing puffs are the second third are noticeably stronger through the nose both by way of pepper and dry wood. The draw and burn both remain excellent, though the former is still just a touch loose in the first sample. 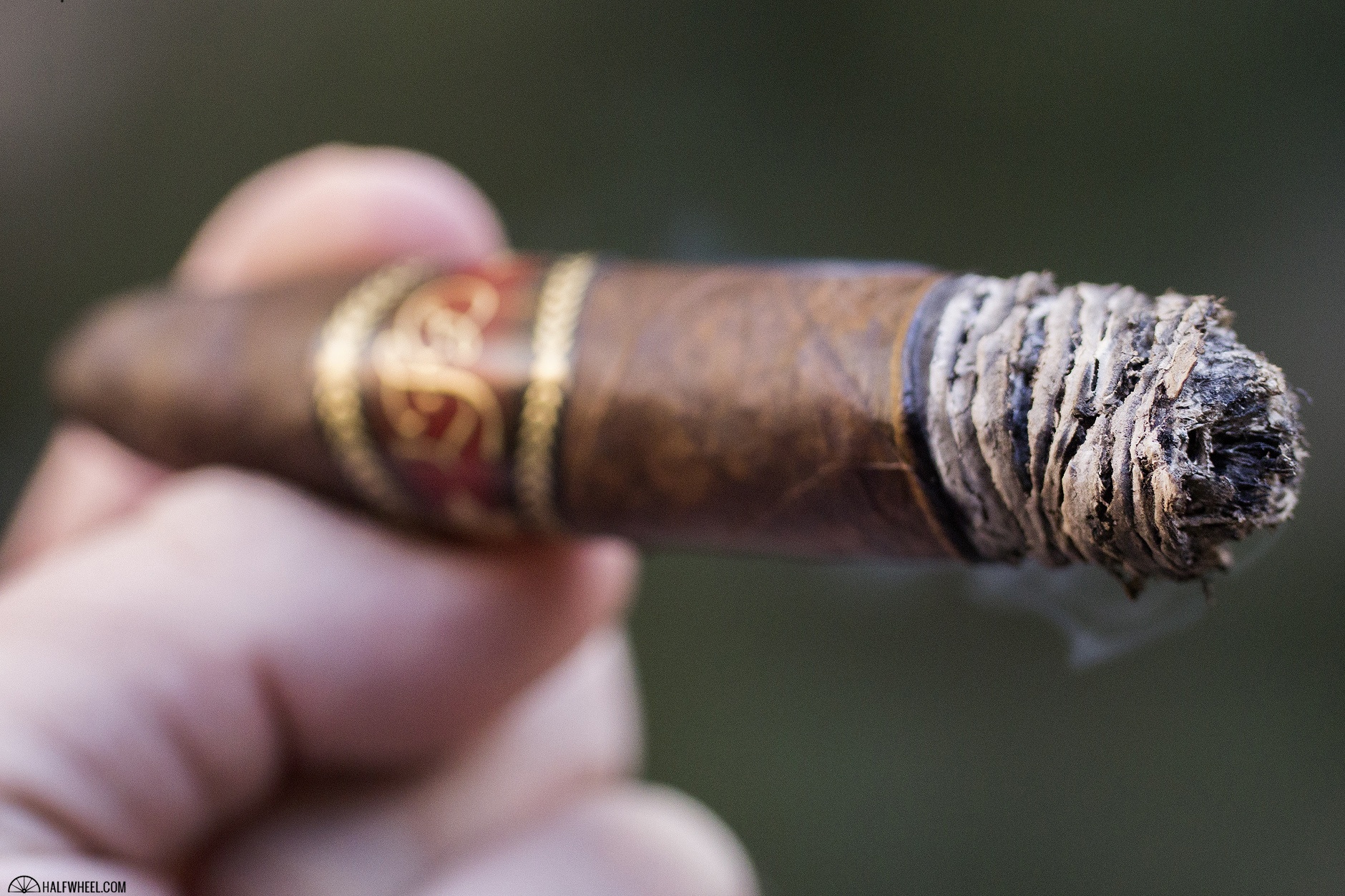 Heat is the biggest change I get at the start of the final third, as the smoke is suddenly much warmer yet trying to deliver the same core flavors it has offered thus far. A slower puffing rate helps to mitigate the heat a bit but not entirely, and with the chocolate largely gone, the flavor returns to being quite dry with chalk lingering on the finish. There is a bit of cocoa powder that lingers, yet it’s so minor and blends into the other flavors that it’s easy to overlook unless full attention and a clean palate are being given to the profile. There’s sharp heat and a touch of char that comes along when the burn line has just over an inch to go, which is mitigated with more measured puffs and allows the cigar to still be enjoyed down to a short stump of tobacco. While I don’t have much bad to say about the La Flor Dominicana Elite Torpedo, I wish I had more encouraging things to pass along. It’s a good cigar, decently balanced, somewhat linear in terms of flavor, but capable of hitting some high points when the chocolate sweetness is present in the profile. This is the kind of cigar you pick up out of either curiosity, general interest or support of the seller and/or retailer, smoke it, enjoy it, but likely not feel compelled to pick up more. I’d gladly smoke this again, but I can’t say I’d rush out any by some without really wanting the logoed box. A decent cigar, but one short of the high points that La Flor Dominicana produces in several of its other lines.