You know how bored you get when you go to get your tires rotated, and the tire people find “a little problem” with one of your tires, and it will be “just a quick second” to check it out, and you wait and wait and wait and wait and wait while pretending to look through a Time magazine that is five months old and your ass is falling asleep on those hard chairs that look like they belong back in 1984?

Roll that feeling up into a leaf and smoke it, and you have the El Museo, the new (and expensive) cigar from La Flor Dominicana.

First, the background on the stick. The El Museo is a Limited Edition that is a Churchill-sized cigar measuring 6 3/4 inches by 52 ring gauge. It was created in conjunction with Cuban-American artist Ruben Toledo, whose artwork is featured on both sides of the lid of each box (and whose work has been published in Vogue, The New Yorker and Harper’s Bazaar), and also on each cigar band.

Some of the proceeds of each box will go towards renovating the El Museo del Barrio Museum. There will be 2000 boxes of 20 cigars selling for $600 each. It is a fairly dense stick, and when I first smelled the cigar, I got a really nice scent of cinnamon, but not overly much, just below the surface. My first puff filled my mouth with tobacco and chocolate, but not much else…I was expecting to be hit with a blast of spice (it IS a LFD after all), but it was a very muted beginning… The burn was nice and even the first third, and the ash was tight, holding on for dear life…In the Second Third, the chocolate disappeared, and I started to get the taste of some toasted nuts, but still no spice, and no real standouts in the flavor department. The smoke smelled great, but the cigar did not taste like the smoke, unfortunately. 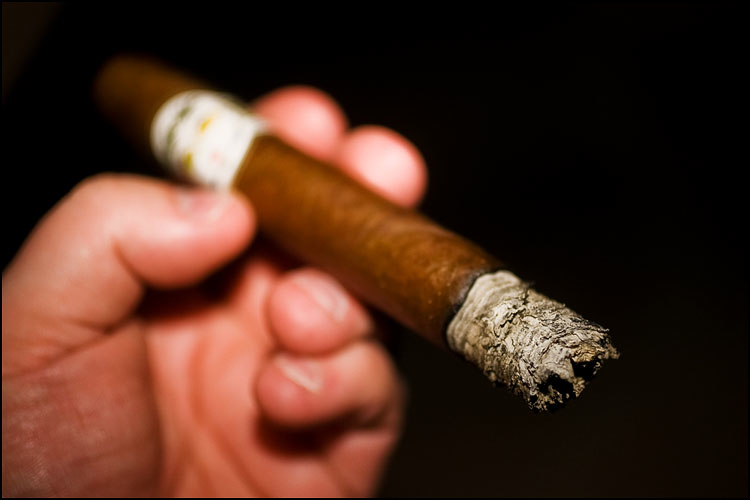 So, by the Final Third of the cigar, I knew I had been had. I had spent the whole time (the cigar took about one and a half hours to smoke, which is actually fairly quick for a cigar this size) thinking that at ANY MOMENT, that classic Litto Gomez taste was going to kick me in the balls, but I was disappointed. After the first half, I also had to touch up the stick four separate times, which I found odd, considering how well the cigar seemed to be made. The last third was more of the same: Boring, Boring, Boring. No spice, no kick, no flavor. It was like I was smoking a cigar made out of clouds—the good ones, not the polluted ones. Honestly, the thought that kept rolling through my head the entire time I was smoking it was that Kaizad Hansotia, owner of Gurkha Cigars, had released this, and not Gomez, and I am willing to bet that if you did a blind taste test with this and a mild Gurkha, you would not be able to tell them apart.

I would have gotten more flavor if I had wrapped up six $5 bills and smoked them instead of this. Save your money.