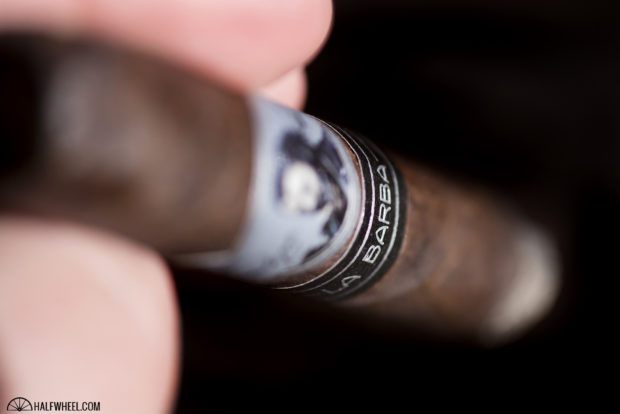 La Barba One & Only

At the 2016 IPCPR Convention & Trade Show, La Barba Cigar Co. showed off just one new release, a limited edition named One & Only featuring band and box art by Jade Rivera, a prominent artist located in Miami. The limited edition joins two other lines for the company, both of which are regular production options: La Barba Red and La Barba Purple. 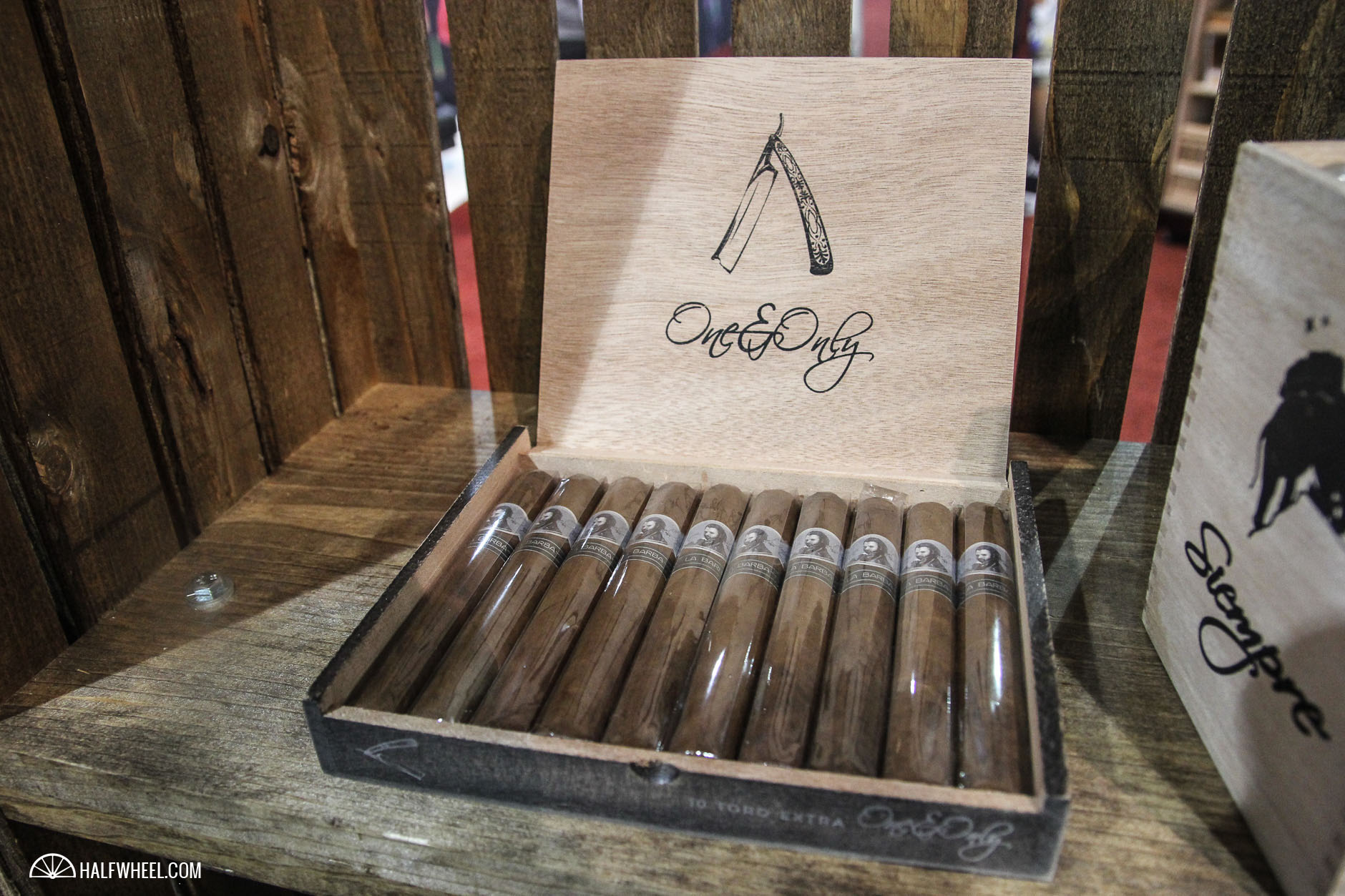 Rolled at the Tabacalera William Ventura factory in the Dominican Republic, the 6 x 50 toro is covered in an Ecuadorian habano wrapper, but the rest of the blend is not being disclosed. Only 500 boxes of 10 were produced, with each cigar carrying an MSRP of $12.50. As with the rest of the company’s products, One & Only is distributed by Down and Back, LLC, an extension of Caldwell Cigar Co. 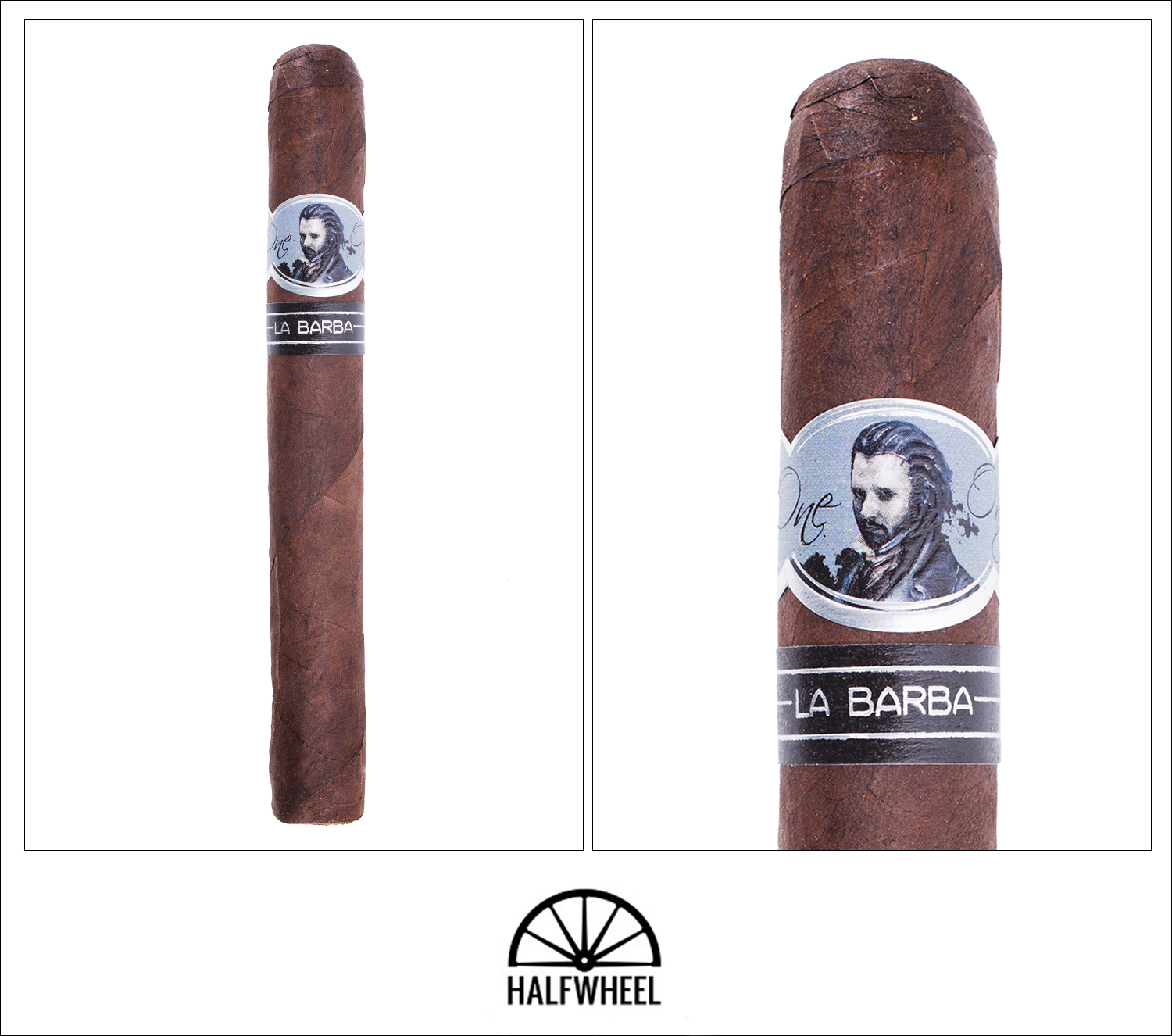 Visually, the La Barba One & Only features a rustic looking dark espresso brown wrapper that is surprisingly smooth to the touch and has a noticeable amount of oil. There are bumps running up and down the length of the cigar, and it is just a tad more spongy than I expected. Aroma from the wrapper is a combination of dark cocoa, baker’s spices, cinnamon, coffee beans and sweet earth, while the cold draw brings flavors of earth, leather, earth, nuts, black pepper and cocoa nibs.

The La Barba One & Only starts off immediately with a dominant espresso bean note interspersed with other flavors of leather, almonds, fresh cut grass, earth, cedar and slight graham crackers. There is some spice on my tongue as well as a very faint cotton candy sweetness present on the retrohale, where it combines nicely with some black pepper. The burn is a bit wavy in the first third, and I am forced to touch it up once, but the draw is excellent with just the right amount of resistance. Smoke production is quite high for the vitola size and the strength barely reaches a point halfway between mild and medium by the end of the first third. 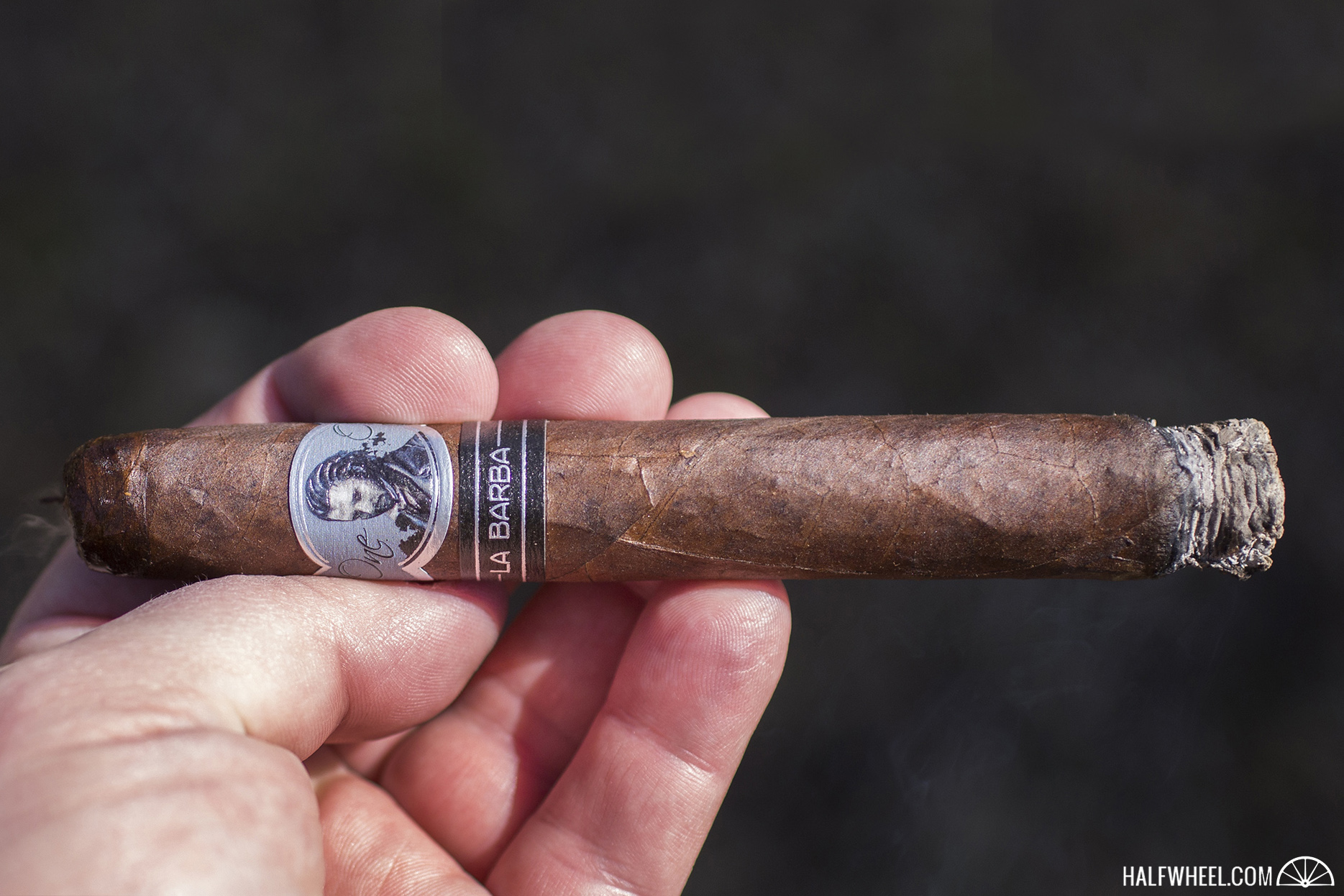 Unfortunately, the spice on my tongue is long by the time the second third of La Barba One & Only begins, although there is still an obvious black pepper note on the retrohale and the cotton candy sweetness remains strong enough to pick out. The dominant flavor is still a distinct espresso bean note, with other flavors of cedar, leather, cinnamon, earth and baker’s spices flitting in and out as well. Construction-wise, the burn on the La Barba One & Only continues to have minor issues, but the draw continues to impress, while the smoke production has actually increased slightly. The strength is still not a major player, and ends the second third still short of the medium mark. 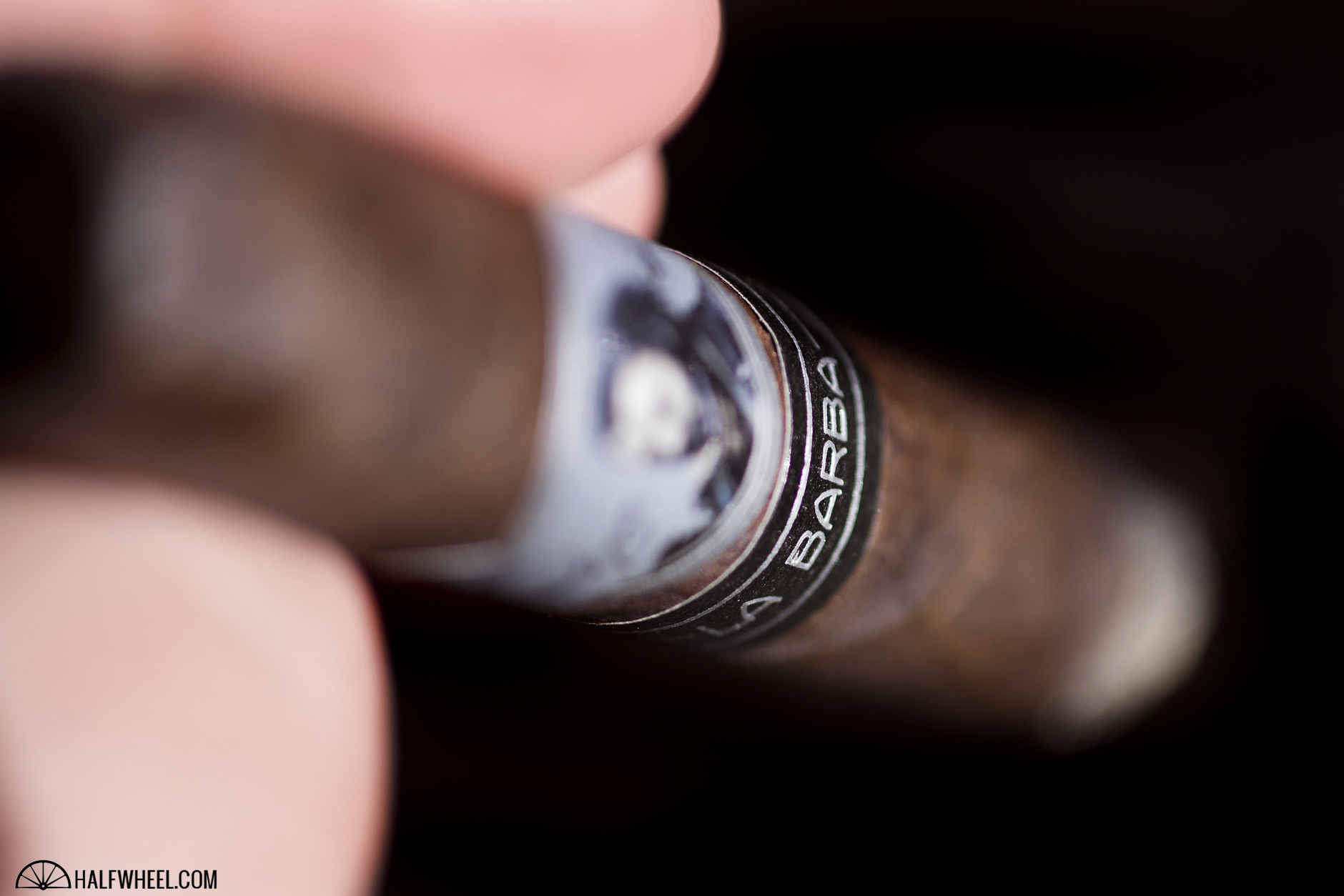 While the same espresso bean note remains dominant in the final third of the One & Only, it is joined by a stronger cotton candy sweetness that bumps up the overall enjoyment significantly. There is still a noticeable black pepper on the retrohale and the other flavors in the profile remain close the same as the second third: leather, cinnamon, earth and baker’s spices. Smoke production remains fairly constant, and the burn has evened up nicely, while the draw continues to me no issues whatsoever. Strength-wise, the La Barba One & Only easily hits a solid medium by the time I put the nub down with less than an inch left. 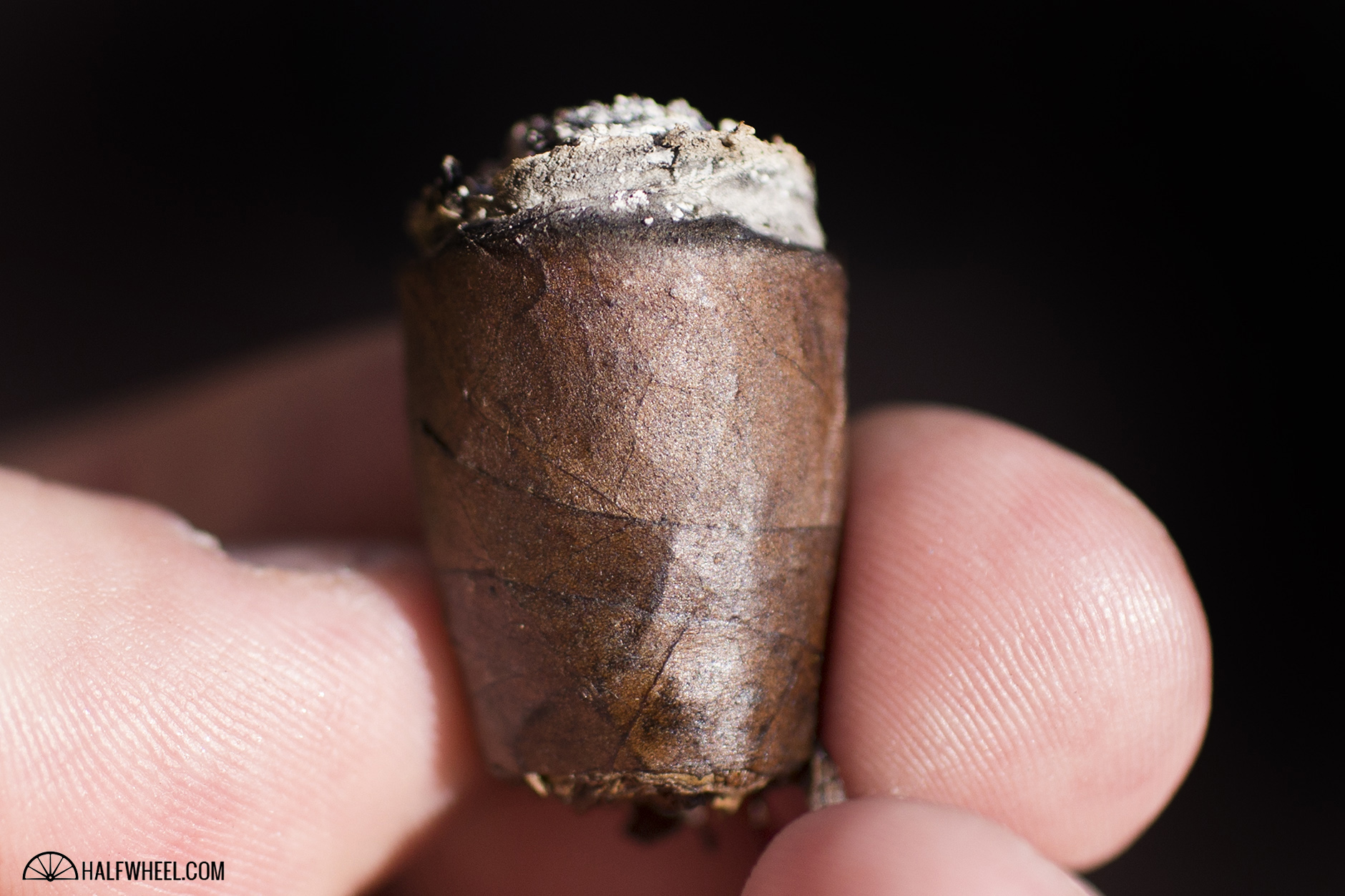 While I liked each of the La Barba One & Only samples that I smoked, I always felt that the profile was missing just a little bit of complexity that would really put it over the edge in terms of enjoyment. Construction was good overall and the strength was well-integrated, but a little more of that cotton candy sweetness throughout the cigar would have really made a positive difference. In the end, the La Barba One & Only is easy to recommend trying, but nothing to get overly excited about.