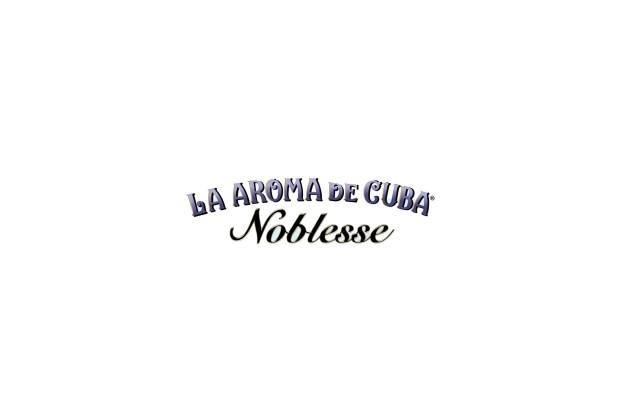 The most expensive cigar in La Aroma de Cuba’s recent history is now off to stores. Ashton Distributors, Inc. announced today that the La Aroma de Cuba Noblesse, a 6 1/2 x 52 parejo, is shipping this week.

Noblesse uses an Ecuadorian habano rosado wrapper, criollo and habano finders and fillers from the My Father farms in Nicaragua and is limited to 3,000 boxes of 24. It’s priced at $16, making it the most expensive cigar the company has released under the La Aroma de Cuba name.

Like the rest of the La Aroma de Cuba line, Noblesse is made by the García family at My Father Cigars S.A. in Estelí, Nicaragua.

It was shown off at the IPCPR Convention & Trade show in July, although overshadowed by another release in the booth—Ashton Symmetry, the first new Ashton in eight years. As for Symmetry, the company has informed halfwheel it expects it will be another six to eight weeks before it ships.

Noblesse was actually said to be one of two exclusive cigars offered through the Ashton Cigar Bar, which opened last year, however, those plans changed and the cigar never became part of the bar’s exclusive offerings. While it’s the most expensive La Aroma de Cuba to date, it is hardly the first limited vitola for the line. The company has released limited lanceros, perfectos and other cigars, largely in the form of samplers.