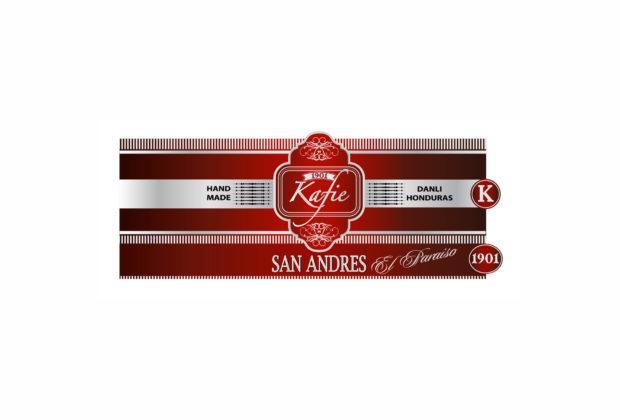 In an announcement clearly wrought with emotion, Dr. Gaby Kafie of Kafie 1901 Cigars announced that his latest blend, San Andres, will be his last.

“It is with great melancholy that I send you this email,” Kafie wrote, “as it is the last time we submit information on a new blend.” He cited the FDA’s deeming regulations which go into effect on Aug. 8 as the cause of this, calling the future gray, though assuring that “as a company we have taken all preventive measures to ensure the longevity of our brand in the coming years.”

Kafie said that San Andres is based off three important factors in his life: first, the origins of his family in La Union, El Salvador, a small fishing village on the Pacific coast of the country; second is the upcoming fifth anniversary of Kafie 1901 Cigars, which has been aided by the union between the Kafie family and the Reyes family, who produce Kafie 1901 cigars at their factory, Tabacalera Puros Aliados in Honduras; and third, the new box pressed cigar itself. It features a Mexican San Andrés maduro wrapper, Honduran habano binder and a filler blend of Brazilian mata fina, Dominican piloto Cubano and ligero from Nicaragua to create a medium-to-full bodied, full flavored blend that offers an earthy smoke with flavors of leather and pepper that are balanced by a distinctive sweetness.

A soft launch is scheduled in July for 10 retailers in the U.S. before getting a full launch on September 15, including to international distributors.

Update: Shortly after this story was added, detailed information about the blend was provided along with estimated MSRPs and the widespread release date.

Update II: This cigar was originally intended to be called La Union, it instead will be San Andres because J.G.G. Tobacco Holding Co., Inc.—dba My Father Cigars, Inc.—owns the trademark for La Union.