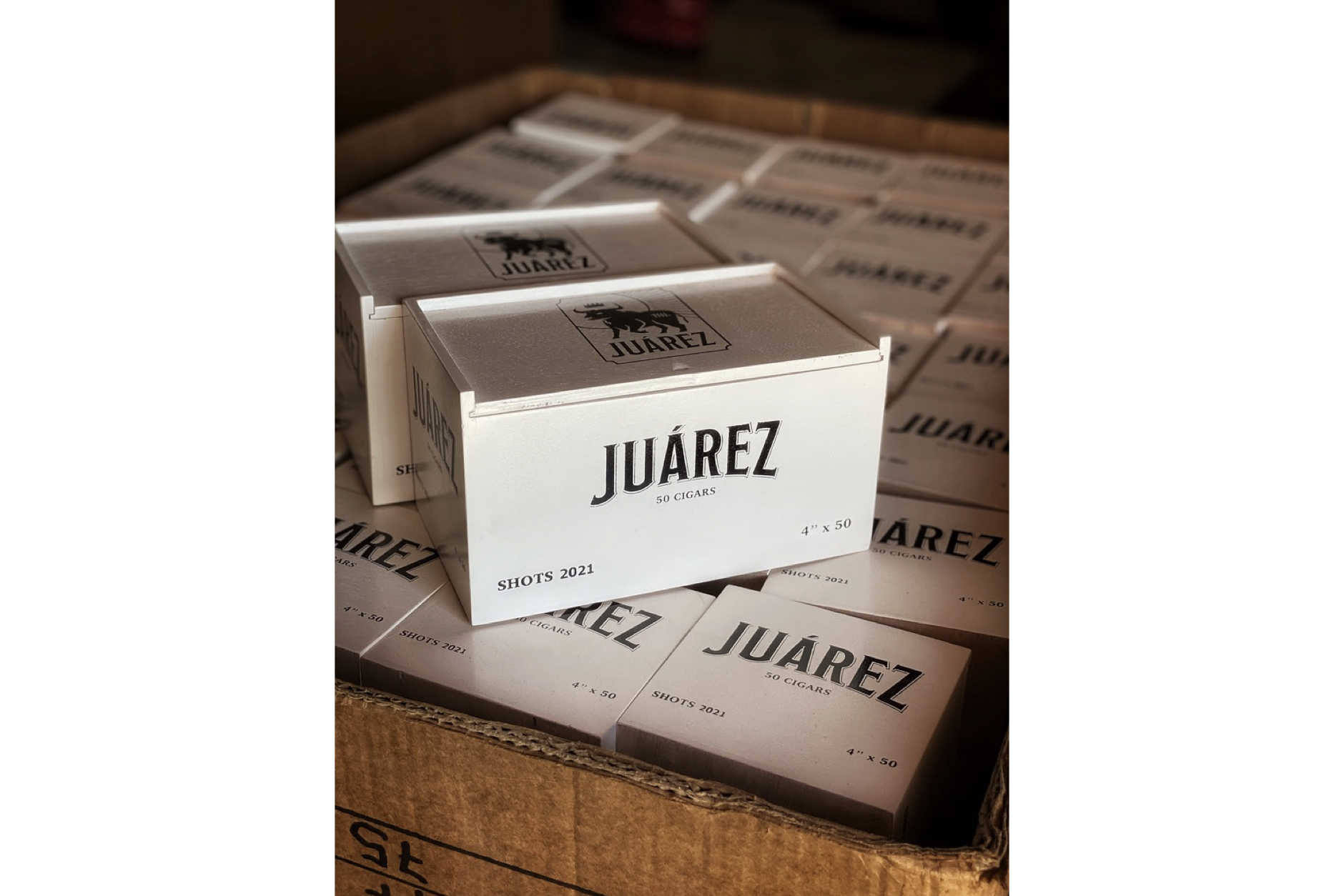 The smallest version of Crowned Heads’ Juárez brand will return for a second release next month.

Crowned Heads says the Juárez Shots will begin shipping again next month, now known as Shots 2021. The 4 x 50 debuted last February as a limited edition extension to the line. It uses the same blend as the regular Juárez: a Mexican San Andrés wrapper over an Ecuadorian Sumatra binder and fillers from the Dominican Republic and Nicaragua.

“Juárez, as a brand, experienced dramatic growth in 2020,” said Jon Huber, Crowned Heads co-founder, in a press release. “The Shots are a great limited seasonal release that gives fans of Juárez a short format option to enjoy the blend not only during the cold weather months, but any time of year.”

Juárez is produced at Tabacalera Pichardo in Estelí, Nicaragua.