Rudy’s Cigar Lounge of Fort Wayne, Ind. is getting a special cigar to celebrate its fourth anniversary next Saturday.

It’s a box-pressed version of Jas Sum Kral’s Crna Nok blend in a 6 1/2 x 42 corona size. The blend is the same as the regular version: a Connecticut broadleaf wrapper over a Mexican San Andrés binder and Nicaraguan fillers. This is the first time the company has created a box-pressed cigar. 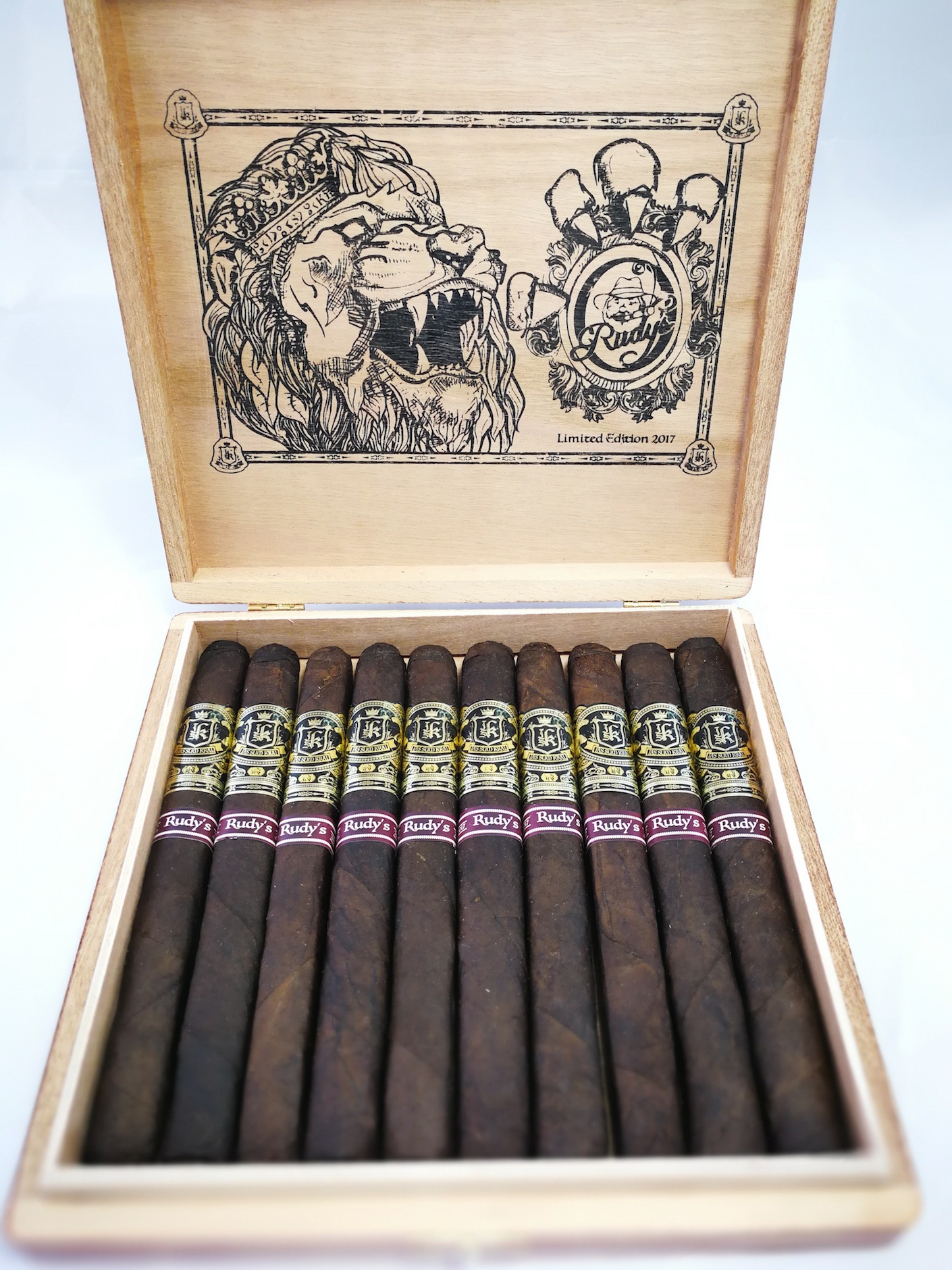 Jas Sum Kral’s founder Riste Ristevski will be at the event, which features a live band, barbecue and craft beer.