Few booths are as busy as the Rocky Patel Premium Cigars, Inc. booth. Every year, everyday—it’s been like this at every trade show I’ve been to. While the company is known for the large number of cigars it releases each year, I’ve come to learn that it’s a steady stream of a handful of new lines each year, though a far cry from companies like General Cigar Co. or Drew Estate. The booth is pretty much the same as it’s been each year. The products are displayed in cases, there’s a bar, music stage and sales center on one side but otherwise, space is dedicated to tables and other meeting areas. One small change is that the images on the bottom of the cases are new this year. 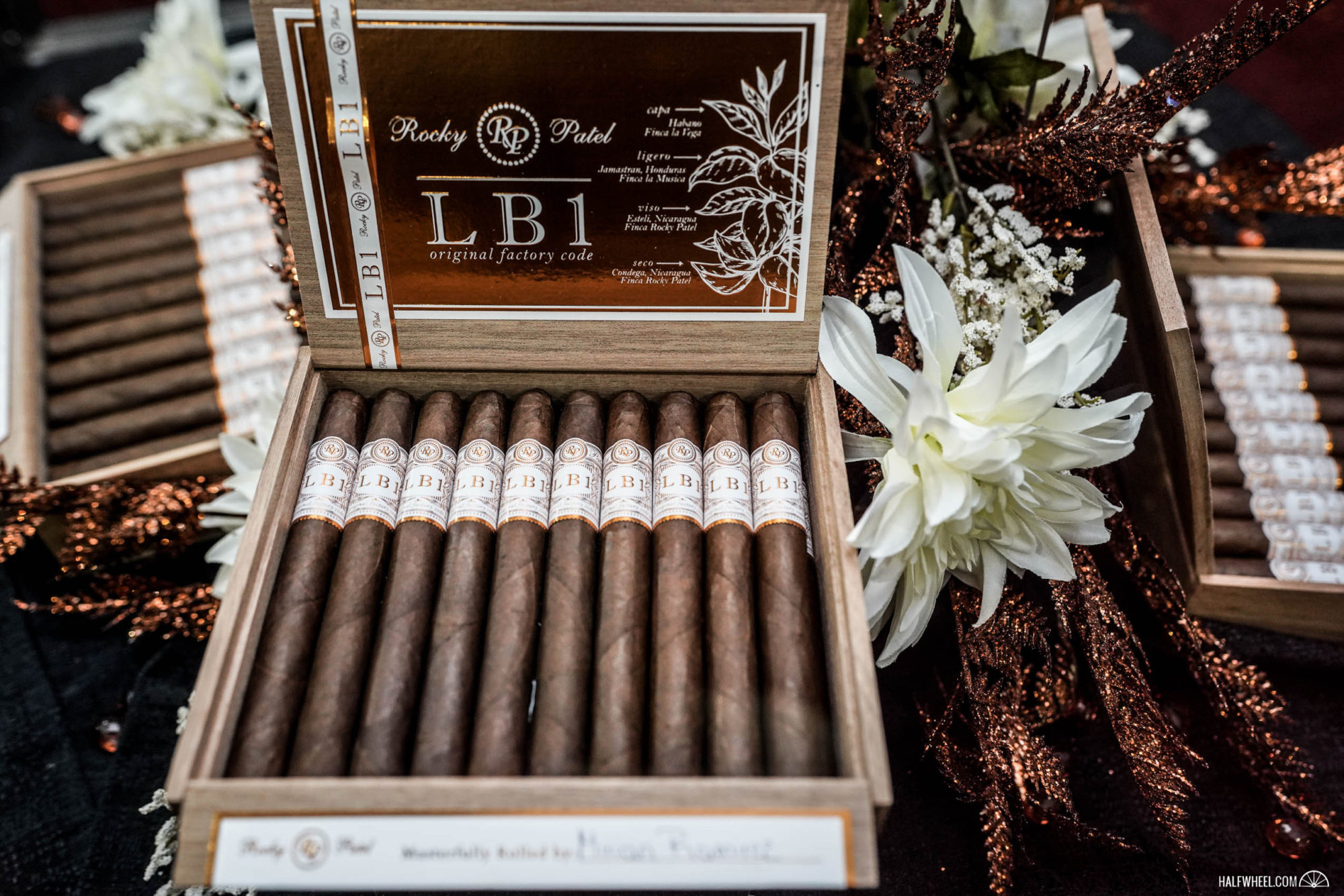 I actually think that I smoked this cigar earlier this year. LB1 is the factory code for the blend and the company went with it for the actual name of the cigar. There are four regular production sizes plus the Shaggy Foot Churchill, which is only offered to stores that placed orders at the trade show. I will just let Rocky describe this one. The sophomore edition for ALR is aptly called Second Edition. The story goes that these cigars were blended by Rocky in 2016 and then left in the aging room for some time. It’s once again three-sizes, each limited to 40,000 cigars. There are some notable differences: it’s a different blend, the packaging is much better and the cigars are box-pressed. I’m not sure what to make of the description as it says the cigars were rolled in 2016 and then aged two years, which doesn’t add up. There are now two more sizes for the Liberation by Hamlet line, both with shaggy feet.

The Java X-Press size (4 x 32) will be shipping in the Java Latte & Mint lines in November. Pricing is the same as the Java Maduro X-Press, $24.50 for a tin of 10. All three cigars were announced last year, but only the Maduro shipped. This was on display. It’s not for sale and only offered at events.