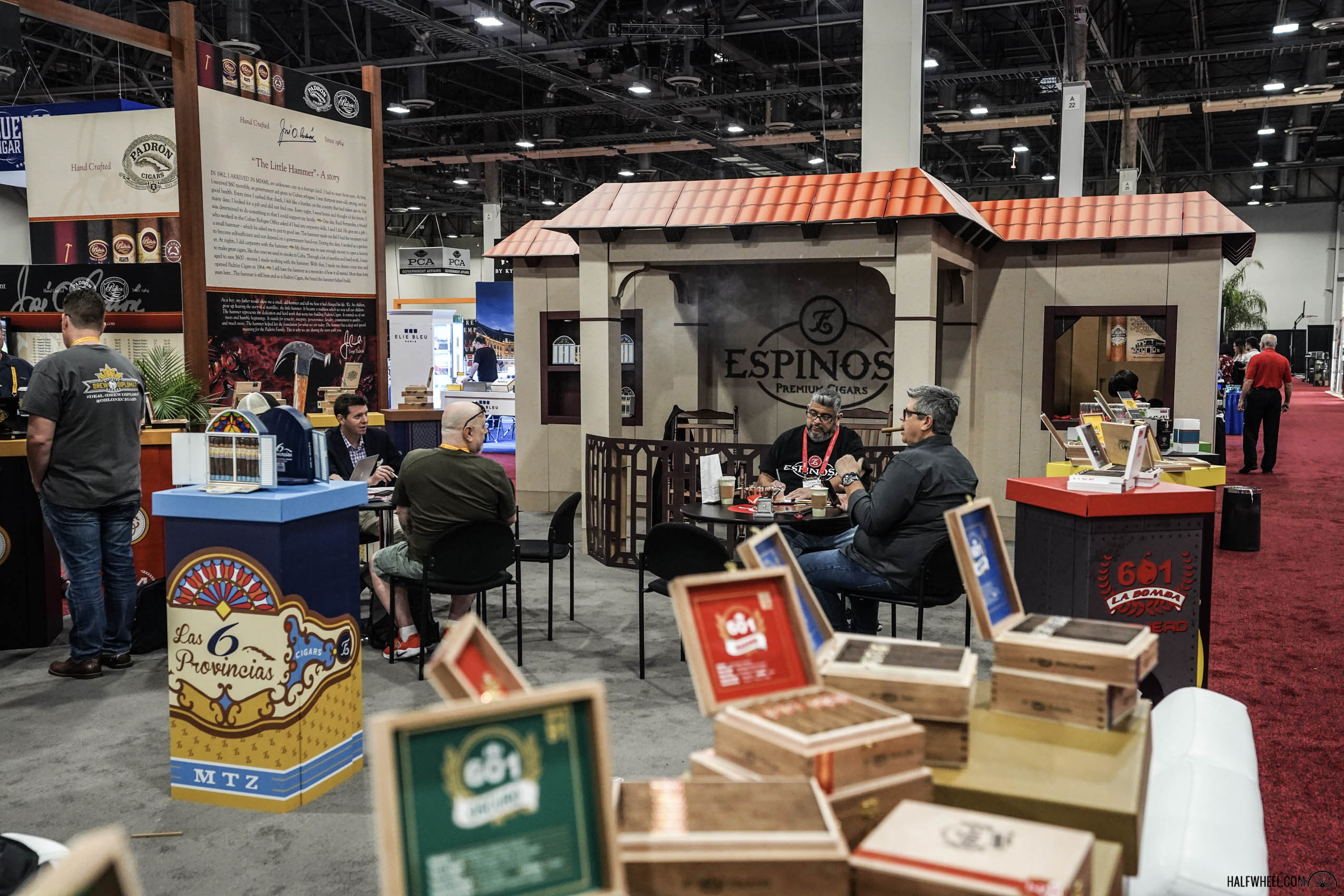 There are a lot of impressive booths on the IPCPR Convention & Trade Show floor; maybe not quite grand structures, but impressive for any number of reasons, especially when viewed in the context of being truly temporary structures that are put up only to be taken down and packed into crates just a few days later. While impressive in their own right, even the swankiest of booths didn’t impress me as much as Espinosa Premium Cigar’s booth, which was made out of a surprising material: cardboard.

When I first heard this and then first saw it, I didn’t really believe it. Someone mentioned cardboard to me and I immediately started thinking of the boxes used to ship cigars from the factory to the warehouse. But upon closer inspection, it’s fresh, reinforced cardboard—I also heard it referred to as fiberboard—and it looks incredible. Plus, I was told the whole thing—the main house structure as well as a number of podiums—weighed just about 900 pounds, which reduces the shipping and drayage costs. It may not have been the most elaborate of booths, but given its lighter weight and seemingly environmental friendliness, it earned a top spot on my list this year. And that’s before even talking about the rocking chairs by the front door in which to enjoy the cigars that were on display. 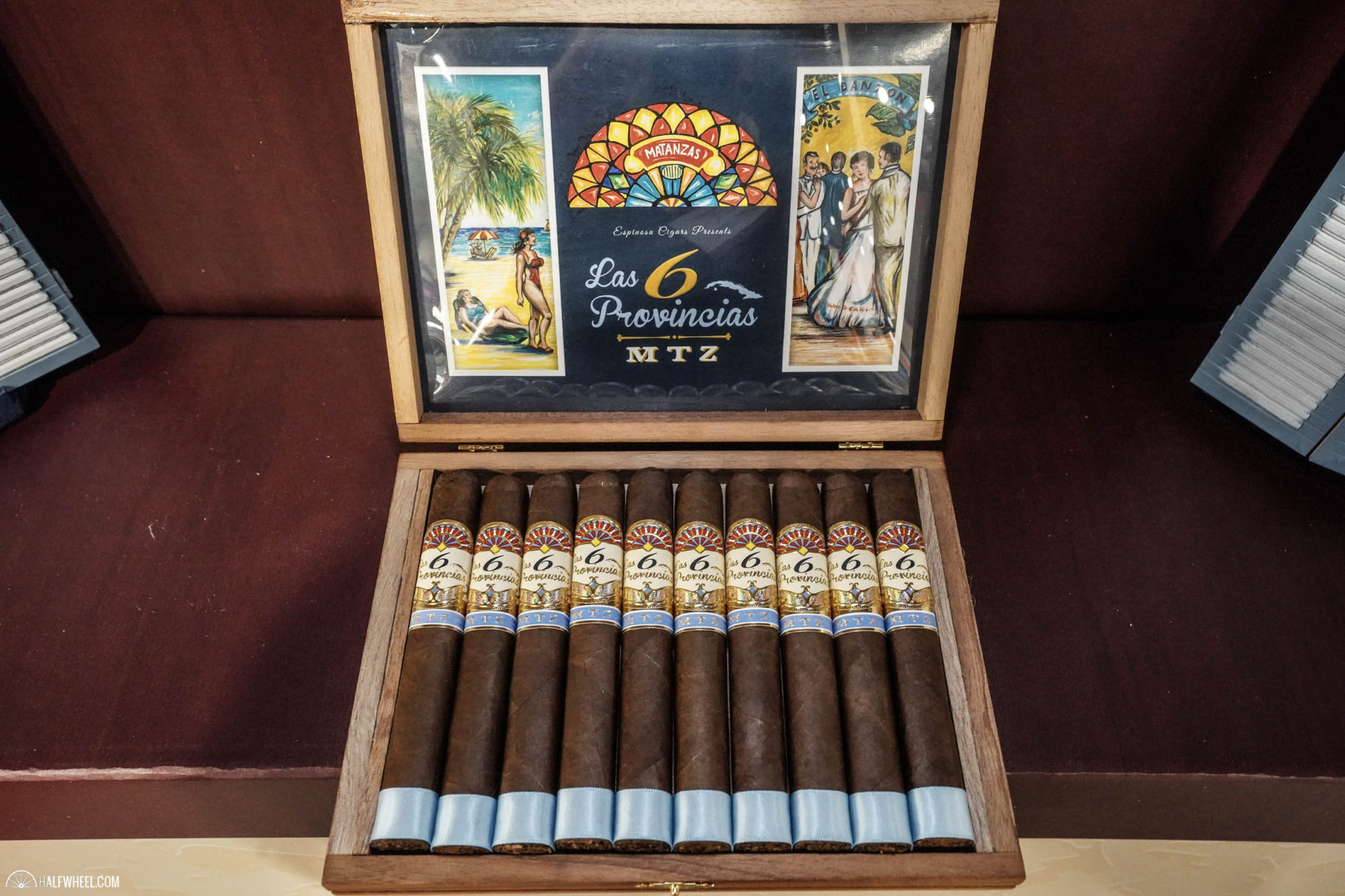 Las 6 Provincias MTZ
Last year, Espinosa released a new line called Las 6 Provincias, named for the original six provinces of Cuba, though that doesn’t tell the full story. Rather, it is an homage to the people who hailed from those provinces, the parents and grandparents of the current generation. The series debuted with the LHB, an ode to La Habana, while the sophomore release is dubbed MTZ for Matanzas, located directly to the east of La Habana. 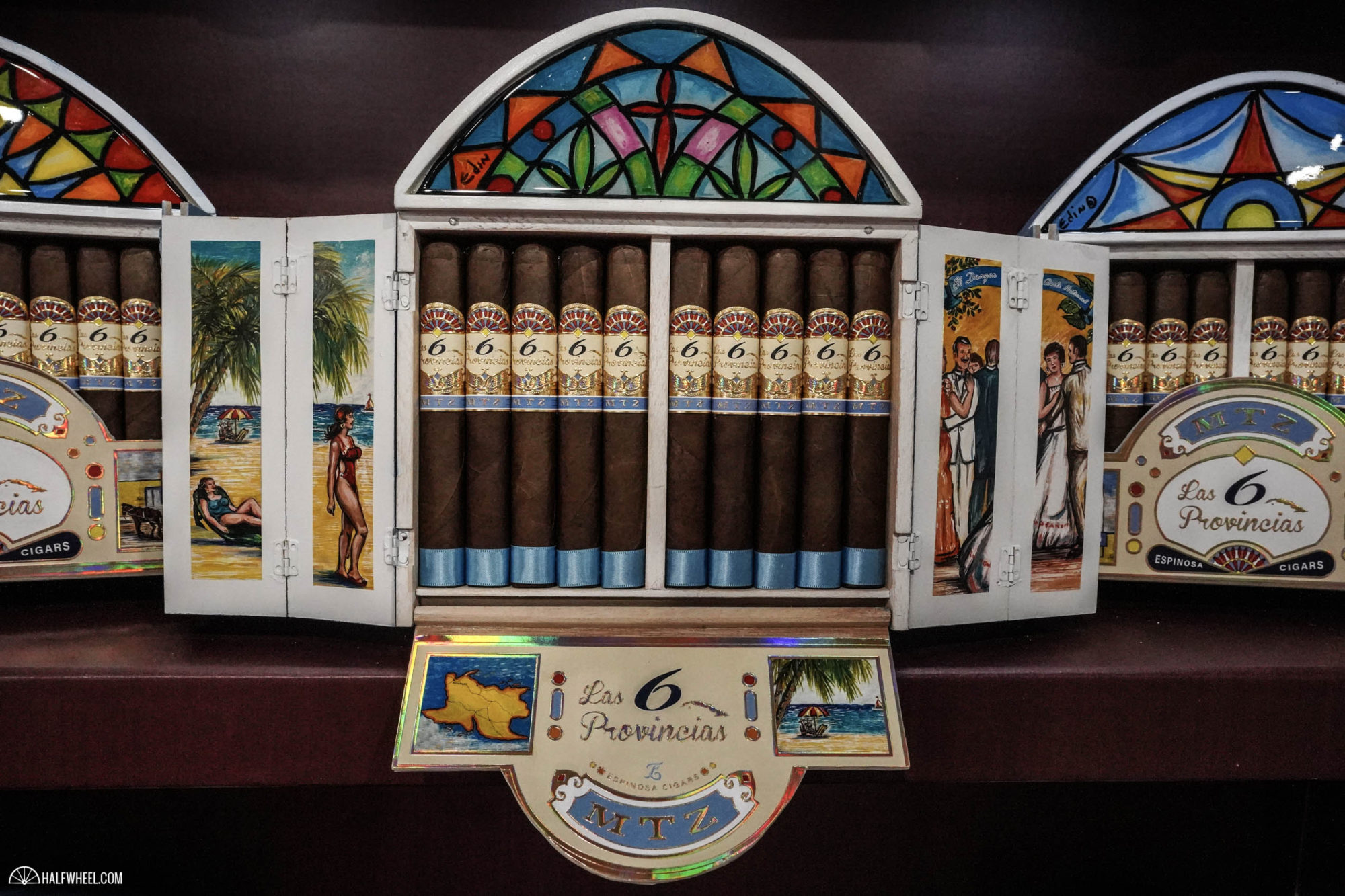 The 10-count box returns, while the decorative box is designed to look like a house window, complete with wooden shutters. Best of all, each of the top sections is unique and hand painted and contains an integrated stand. The company acknowledges it is a delicate package, but once properly setup should look absolutely incredible, so much so that it has already landed on our packaging awards nominees list. Just a few months after the Laranja Reserva Escuro line was released, it adds a lancero vitola, one of a handful of the long, slender vitolas that I came across on the show floor this year. It’s made at A.J. Fernández’s San Lotano factory. 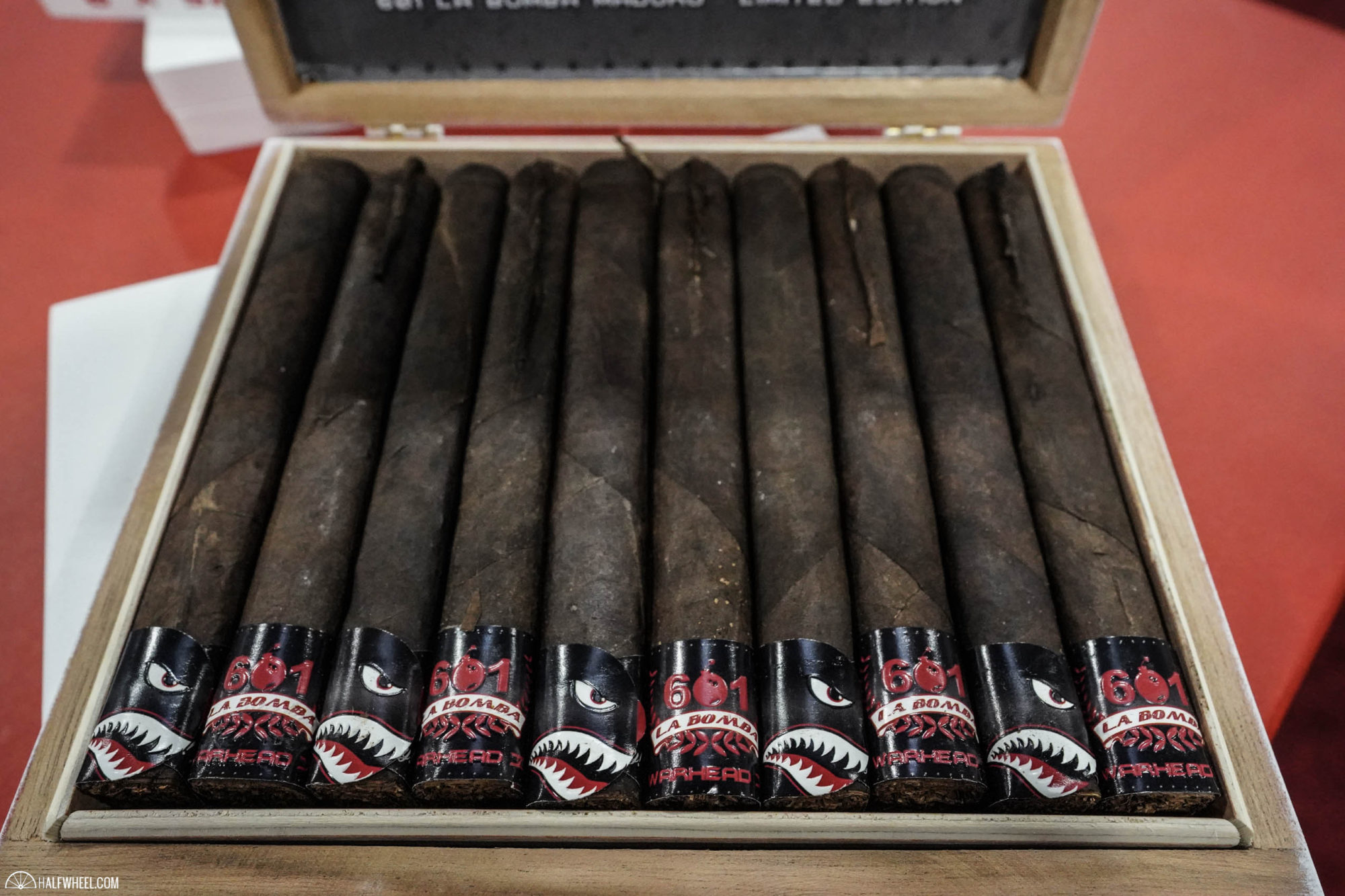 The Warhead line is back for its fifth installment in a 6 x 52 box-pressed toro vitola, the first time that size has been used for the line, which debuted in 2013.