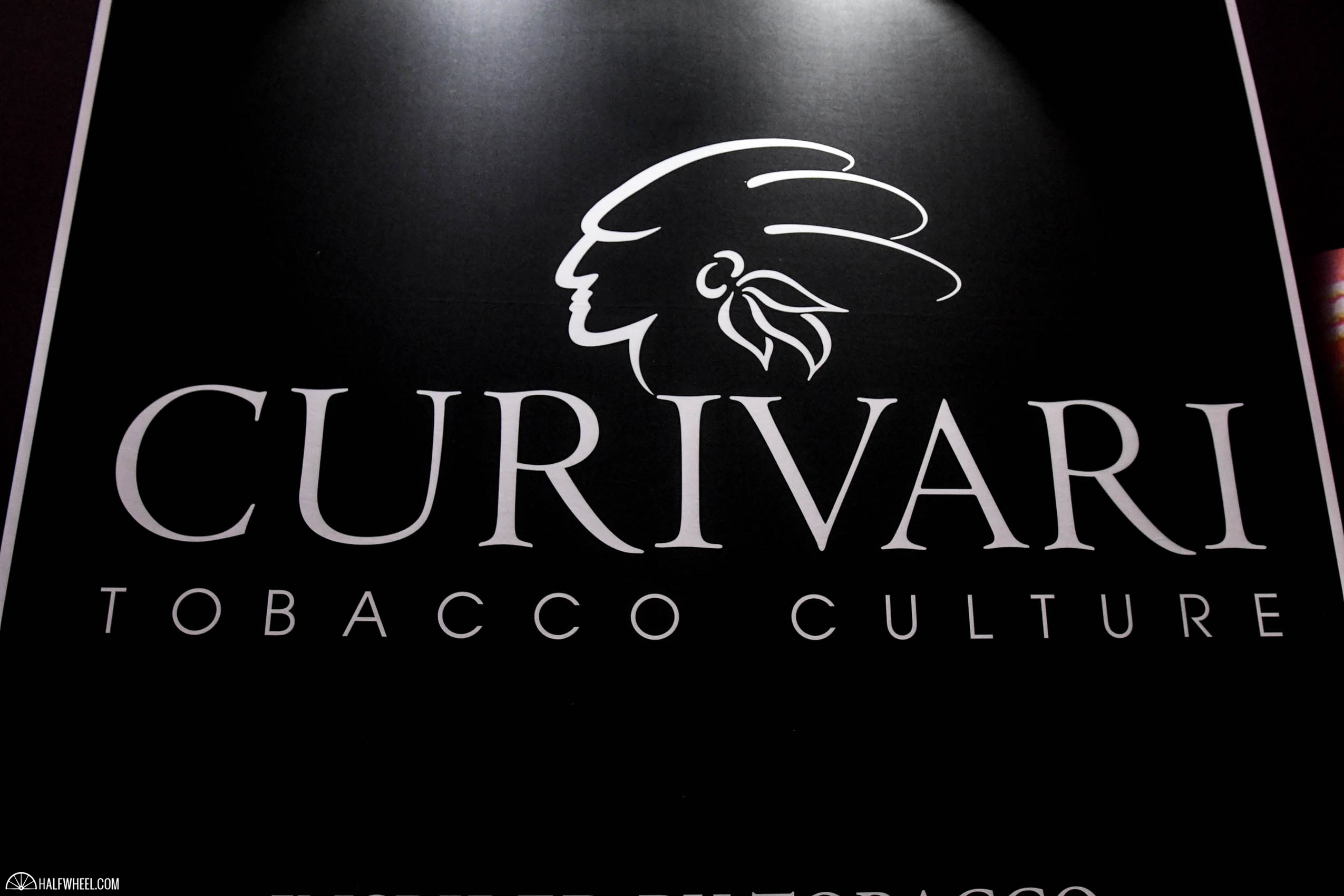 Curivari might have the smallest furniture-to-booth size ratio of any manufacturer at the show, but I think that’s actually a good thing. For a number of years, the Curivari booth has remained the same: three walls, a display with all their cigars in the middle, a display with the cigars in the back and a few tables to sit down and do business at. You might ask yourself, why get such a big booth if you’re not going to fill it with stuff? But after some of the other booths, it’s nice to have a little breathing room. Plus, a booth that size still attracts attention, regardless of if it’s filled to the brim or not, and that was certainly evident when I visited. Being only my third booth of the day, there were already enough retailers talking to Andreas Throuvalas, owner of Curivari, that I didn’t get to speak to him, but his sales staff was up to date and were able to help show me the new things. Along with a packaging refresh, there’s also a five-count sampler that was released. The Buenaventura line also gets a five-count sampler. And lastly Curivari gets a 10-count sampler.