While Crowned Heads does not have a large number of new releases for this year’s show, the two products the company is showing off are significant in their own ways: one is a brand new collaboration, while the other is a former exclusive brand that is being made more available. 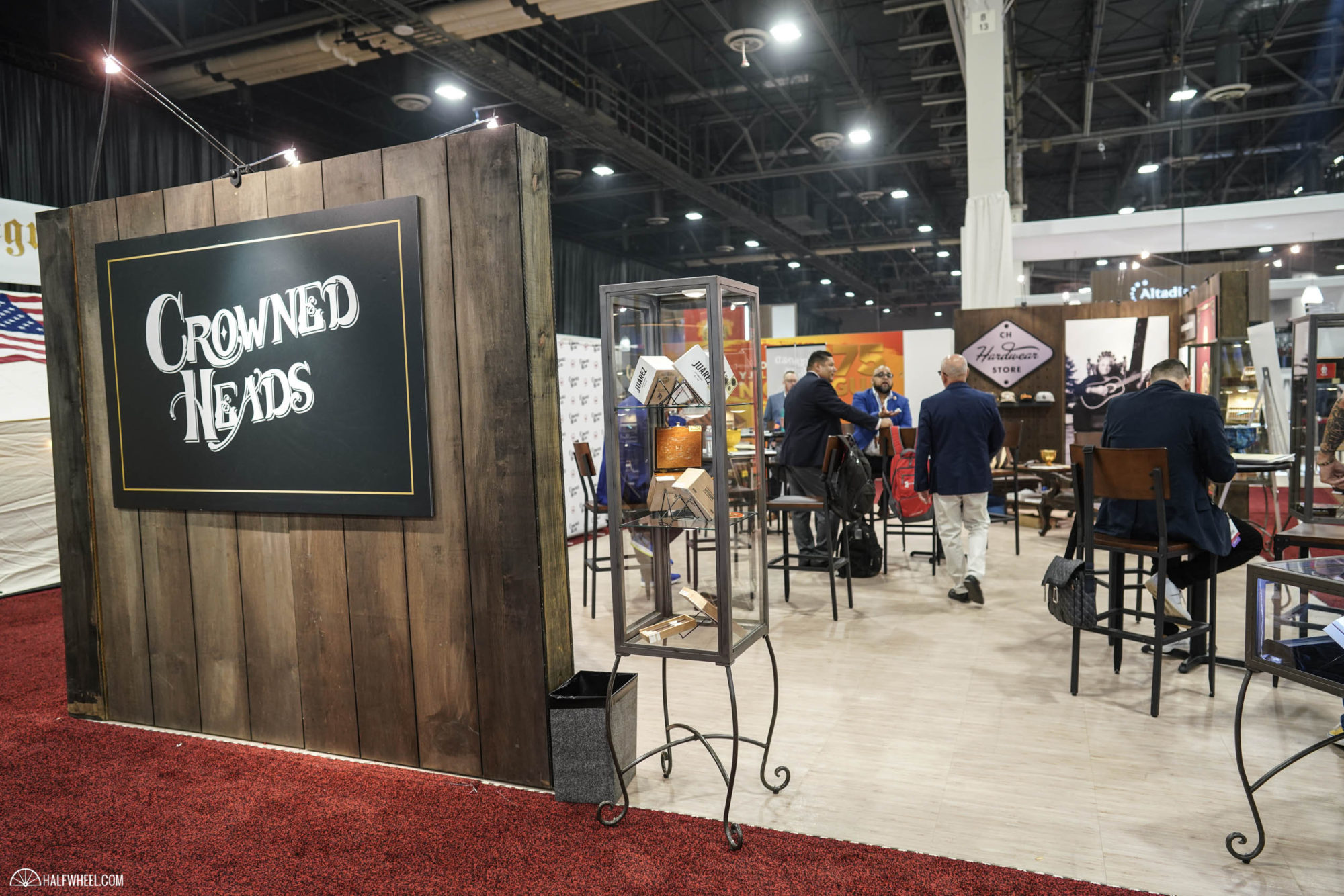 In terms of layout, the Crowned Heads booth was virtually identical to last year as far as I could tell, although Jon Huber told me they may be switching out some of the display cases next year. I visited the booth before the show opened, so it was predictably empty, but there was a sense of accomplishment on just about everyone on the team that I spoke to, as well as excitement about the new products.

The major news of the show for Crowned Heads is the debut of La Coalición, a four vitola line that is a collaboration with Drew Estate. The two companies have joined forces before, most notably on last year’s Buckeye Land, an Ohio-state exclusive release.

Released late last year as an exclusive for Thompson Cigar Co., Juárez is now being offered to retailers nationwide. According to Huber, the new versions are ready to ship right after the show.