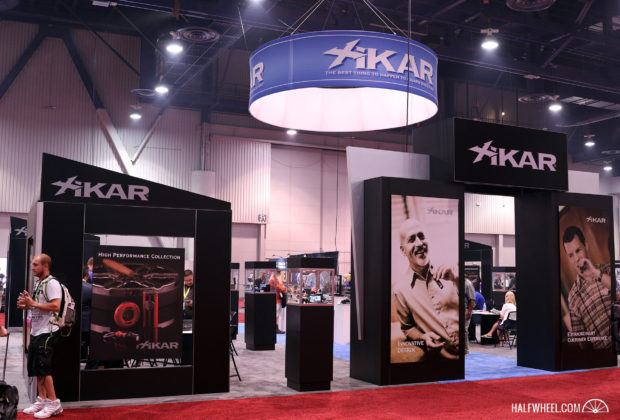 The theme of the XIKAR booth this year was high performance as the company unveiled its new High Performance Collection, which includes everything a cigar smoker needs for an enjoyable experience, from lighters to cutters to an ashtray and even new butane for your lighter, plus more.

The booth was a familiar design with an open design and plenty of display cases showing off all the new products, which include some new gift sets and additional finishes. 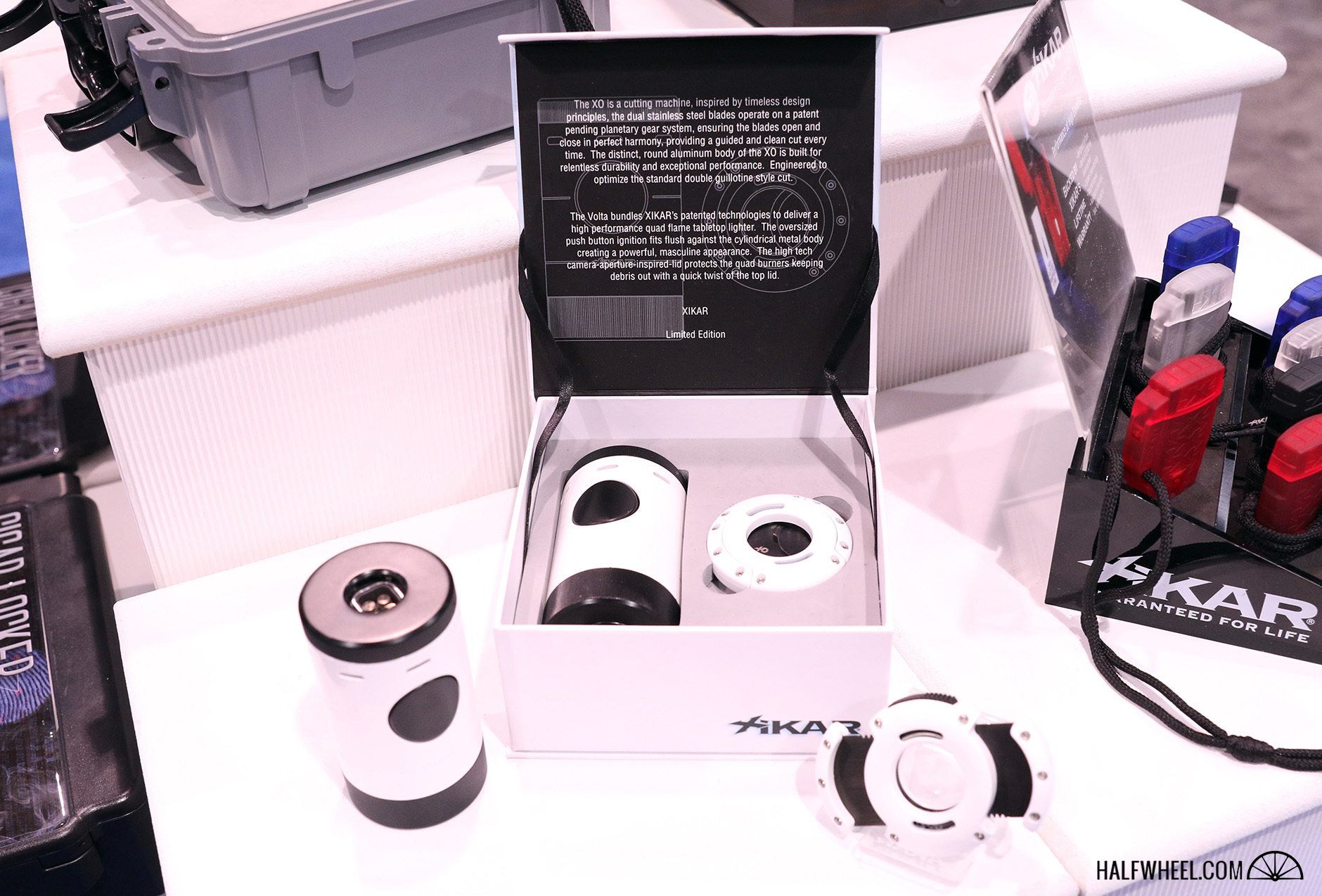 A new set that brings the XIKAR Volta lighter and XO cutter together in a white and black finish that had it referred to as the perfect accessories for a Storm Trooper. This is priced at $219.99 and ships Oct. 1. 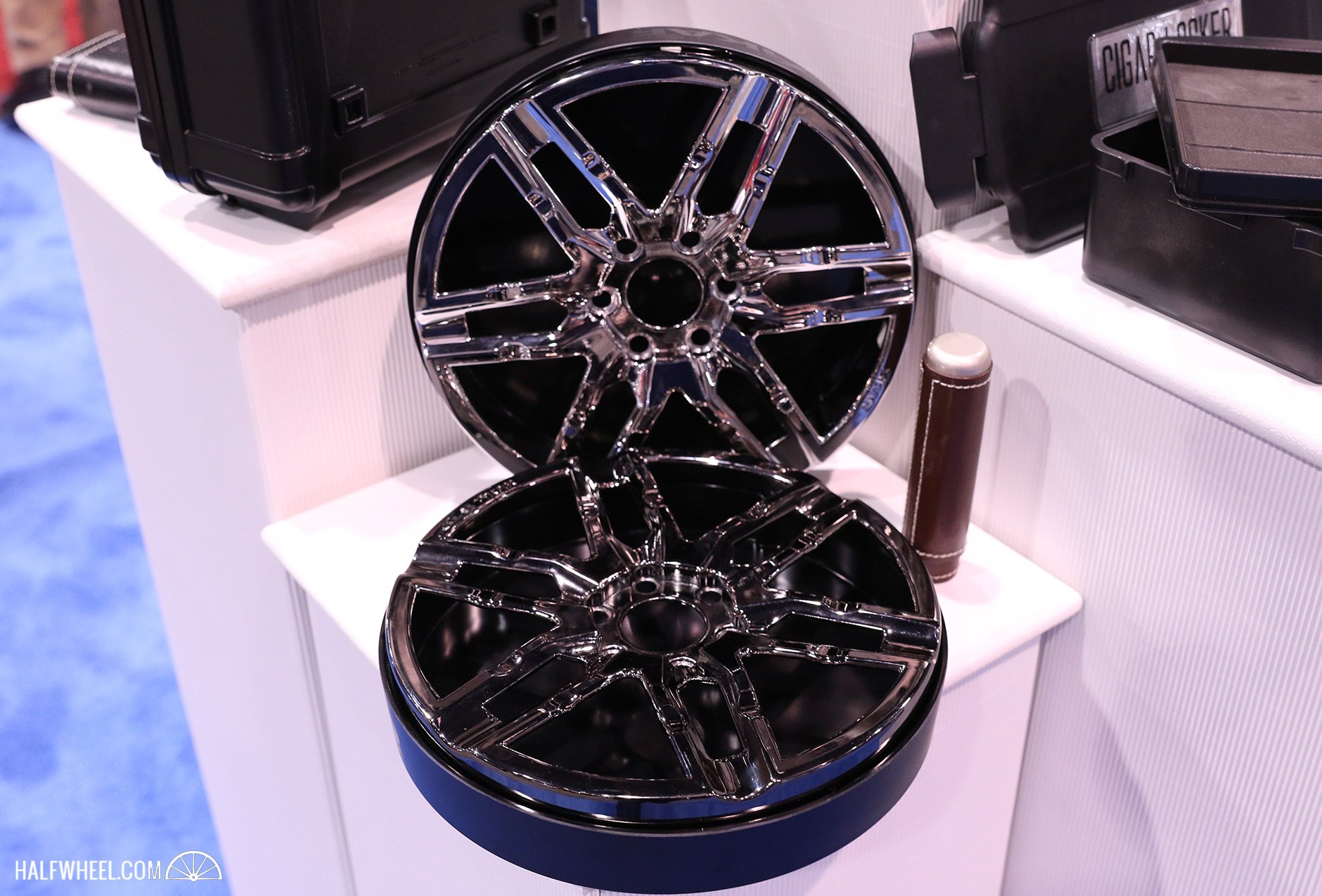 This ashtray is part of the High Performance Collection and is designed to look the wheel of your favorite vehicle. The removable metal lid holds six cigars while the base provides plenty of room for ashes from a long night of smoking. It’s priced at $99.99. 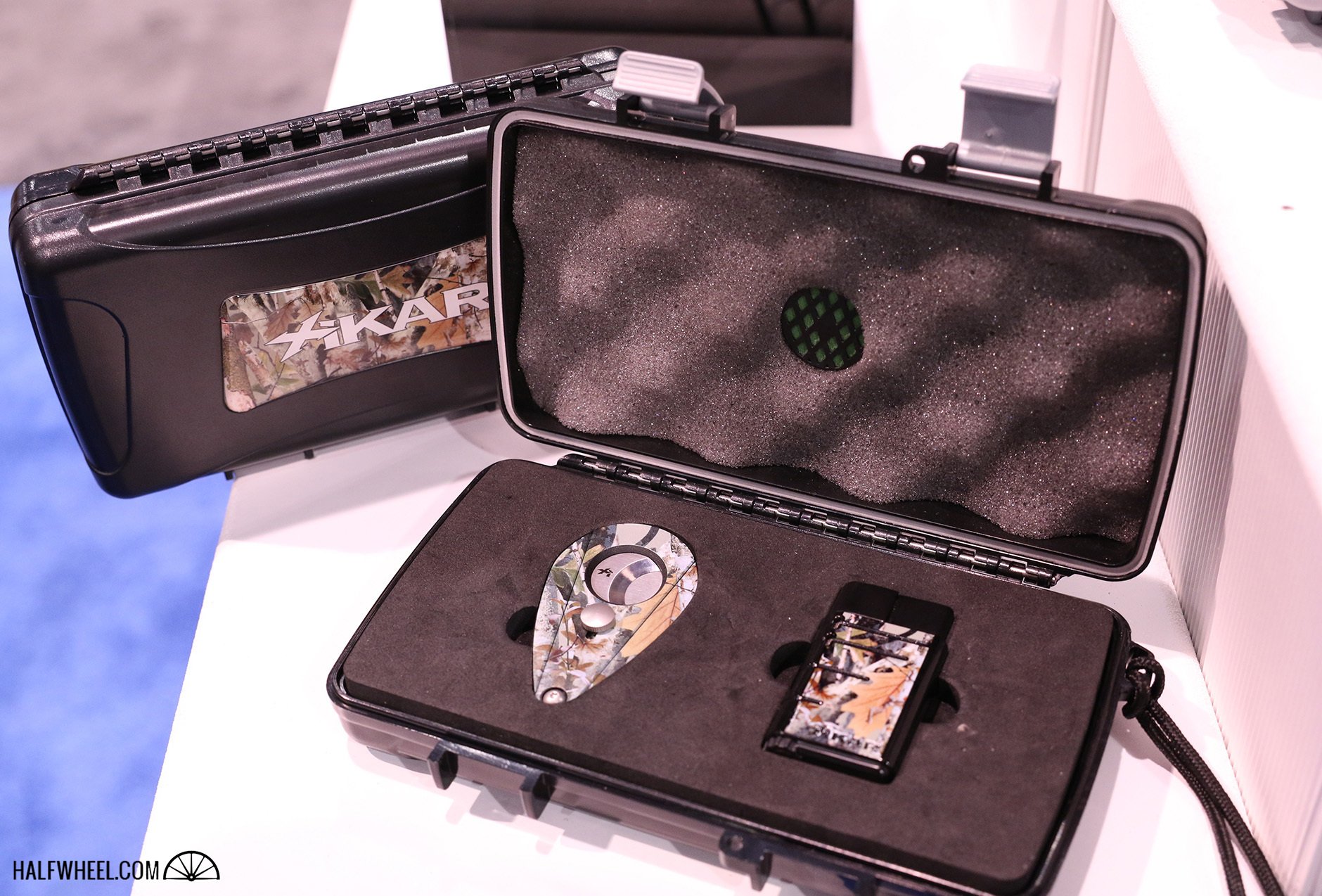 An Xi1 cutter and Linea lighter packed in a five-count travel humidor done up in a nature’s camouflage design. It’s priced at $99.99 and ships Sept. 1, just in time for hunting season. 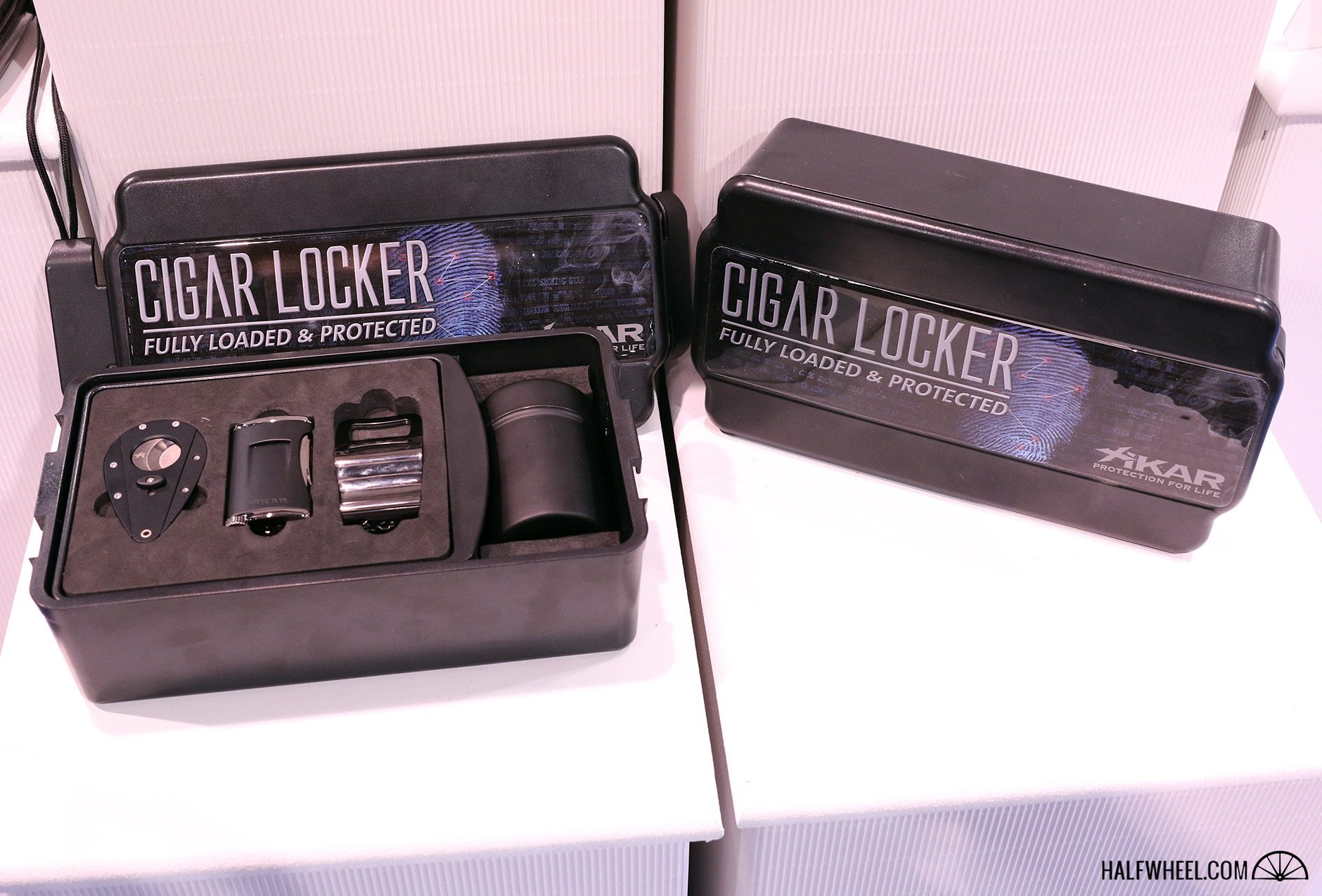 This has been an evolving product over the last year or so, and this year the fully loaded version comes out, with an Xi1 cutter, Xidris lighter, mini Ash Can, and a combination bottle opener/cigar rest, all in a box that can hold ten cigars in a toro vitola. It ships Oct. 1 and is priced at $239.99. 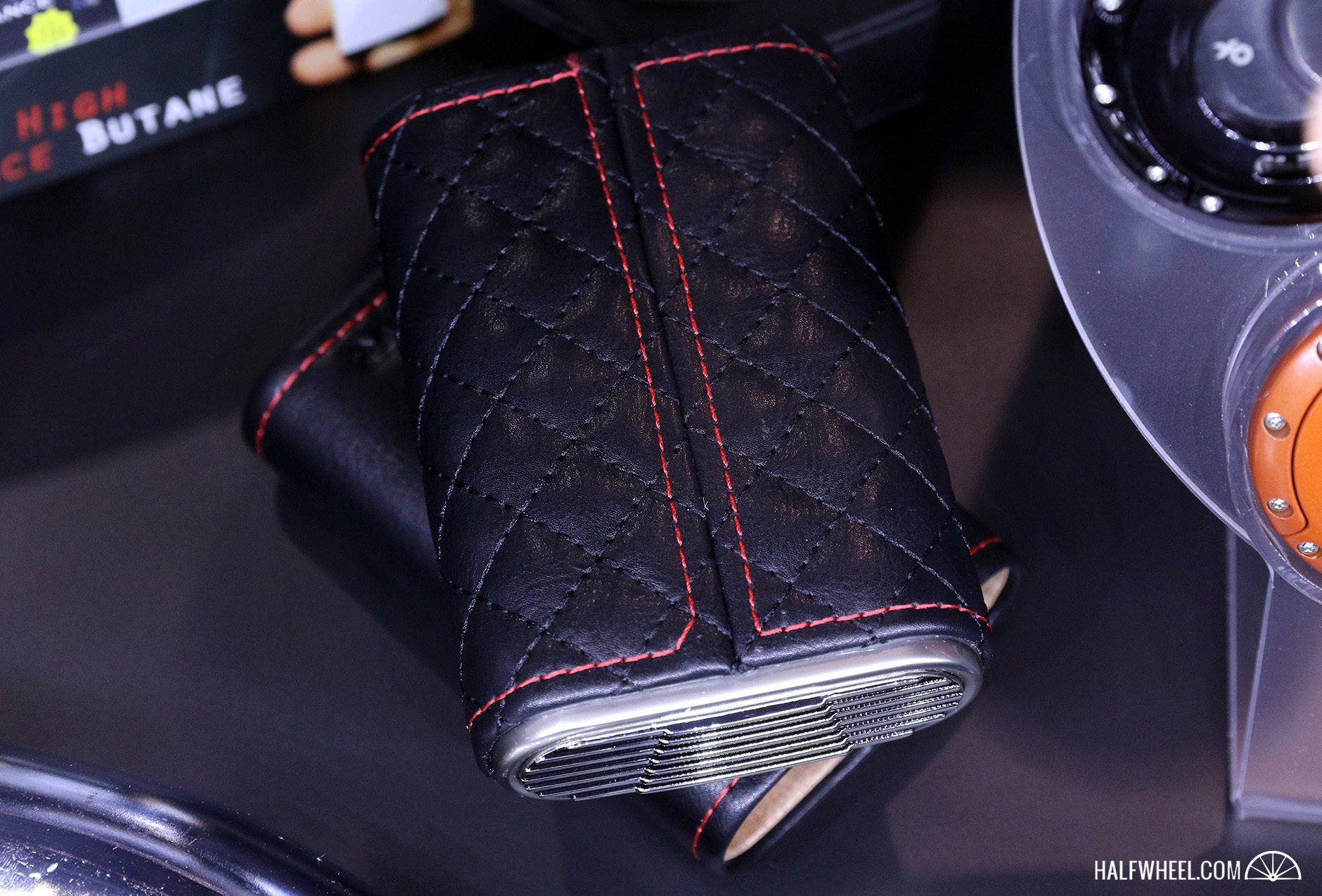 This three-fingered case is part of the High Performance Collection and can hold cigars up to 7 inches long and 60 ring gauge. It features a black leather exterior with red stitching. The top of the case uses a decorative engine fin similar to those found on the company’s Forte lighter. It’s priced at $89.99. 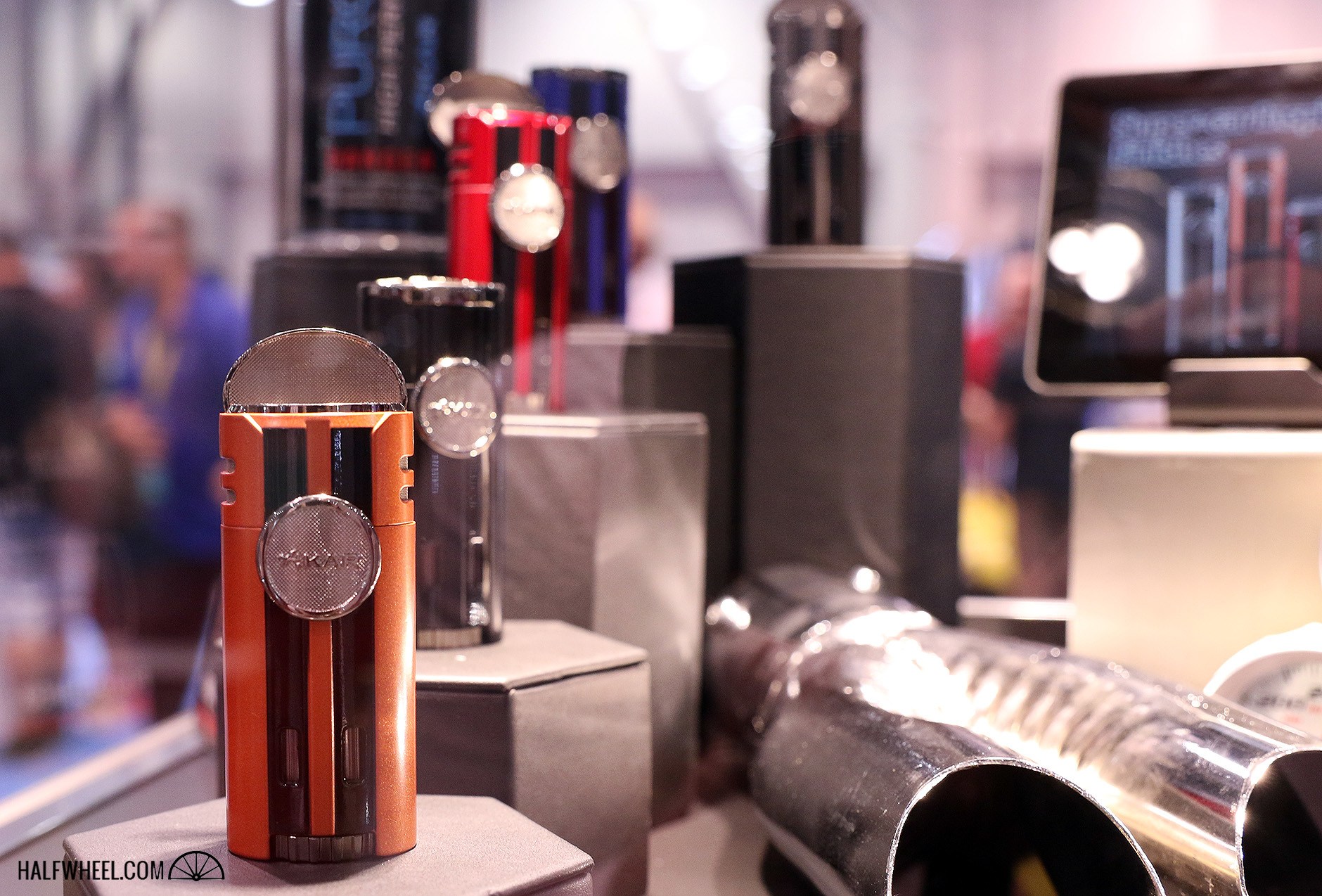 XIKAR’s High Performance Collection gets a quad-flame lighter, hence how this unit got its name. Four jet flames are found under the lid, yet the company promises it will be pocket friendly. The HP4 measures 3.3 inches x 1.4 x 1.2 (84mm x 35mm x 30mm) and weighs in at 4.55-ounces (129 gram).

Those four flames are angled to create an apex and concentrate the heat of the lighter, resulting in a more efficient lighting process of any cigar. A large thumb pad on the front of the lighter is simply pulled down to allow fuel to flow and provide the requisite spark. The lighter also has two red-tinted fuel windows to show how much fuel is left, and an in-line fuel adjustment wheel on the bottom allows the user to customize the size of the flame to their preference.

It draws on race car detailing for its look and is in five colors: black, G2, blue, Chopper Orange, and Daytona Red, each with an MSRP of $119.99. It’s expected to start shipping shortly after the trade show concludes. 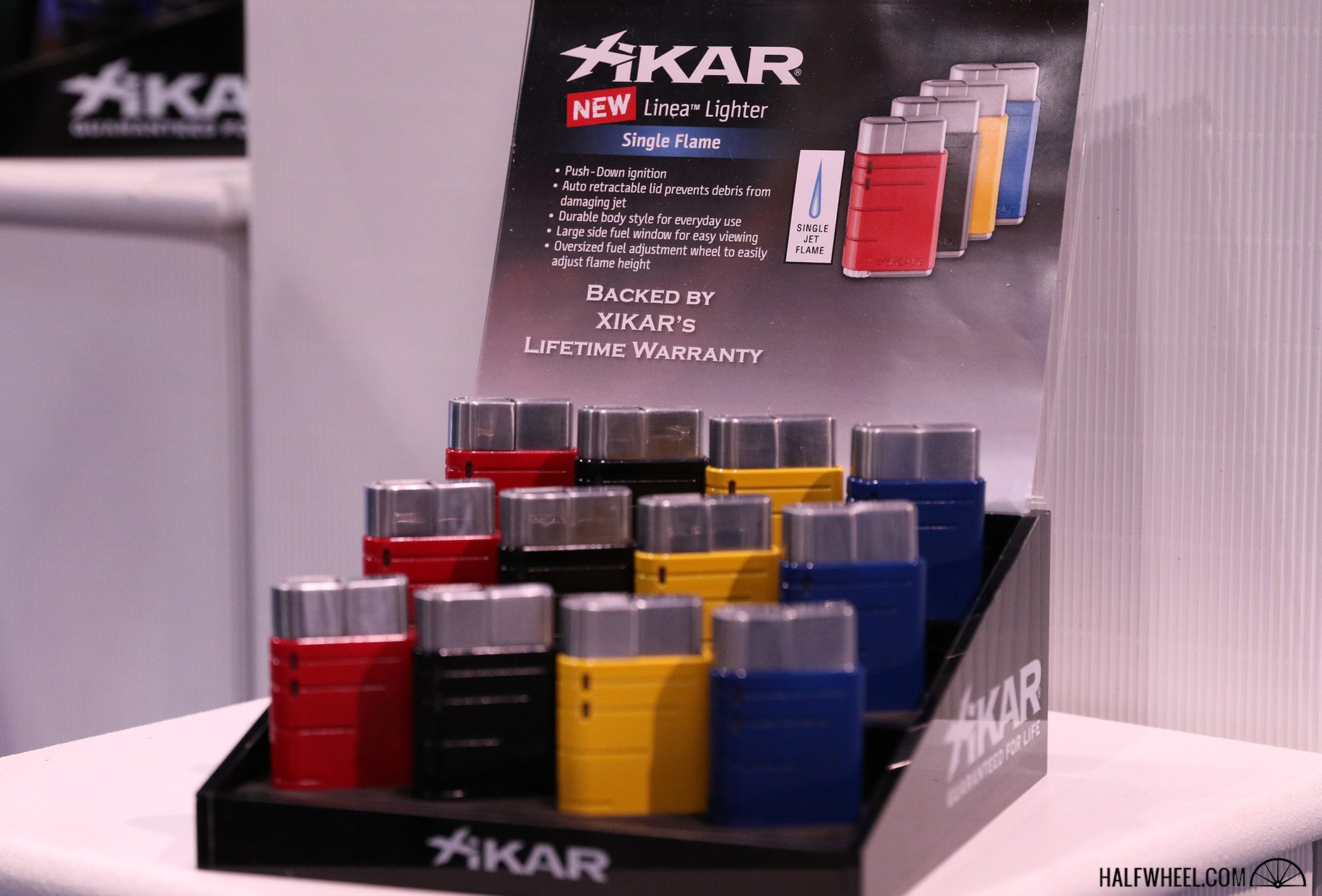 An incredibly affordable single jet lighter, the XIKAR Linea has the same basic curvature of the company’s Cirro lighters, and features a push-down single action ignition, fuel adjustment wheel, and a fuel window.

Linea is offered in four colors: black, blue, red and yellow, each priced at $29.99. 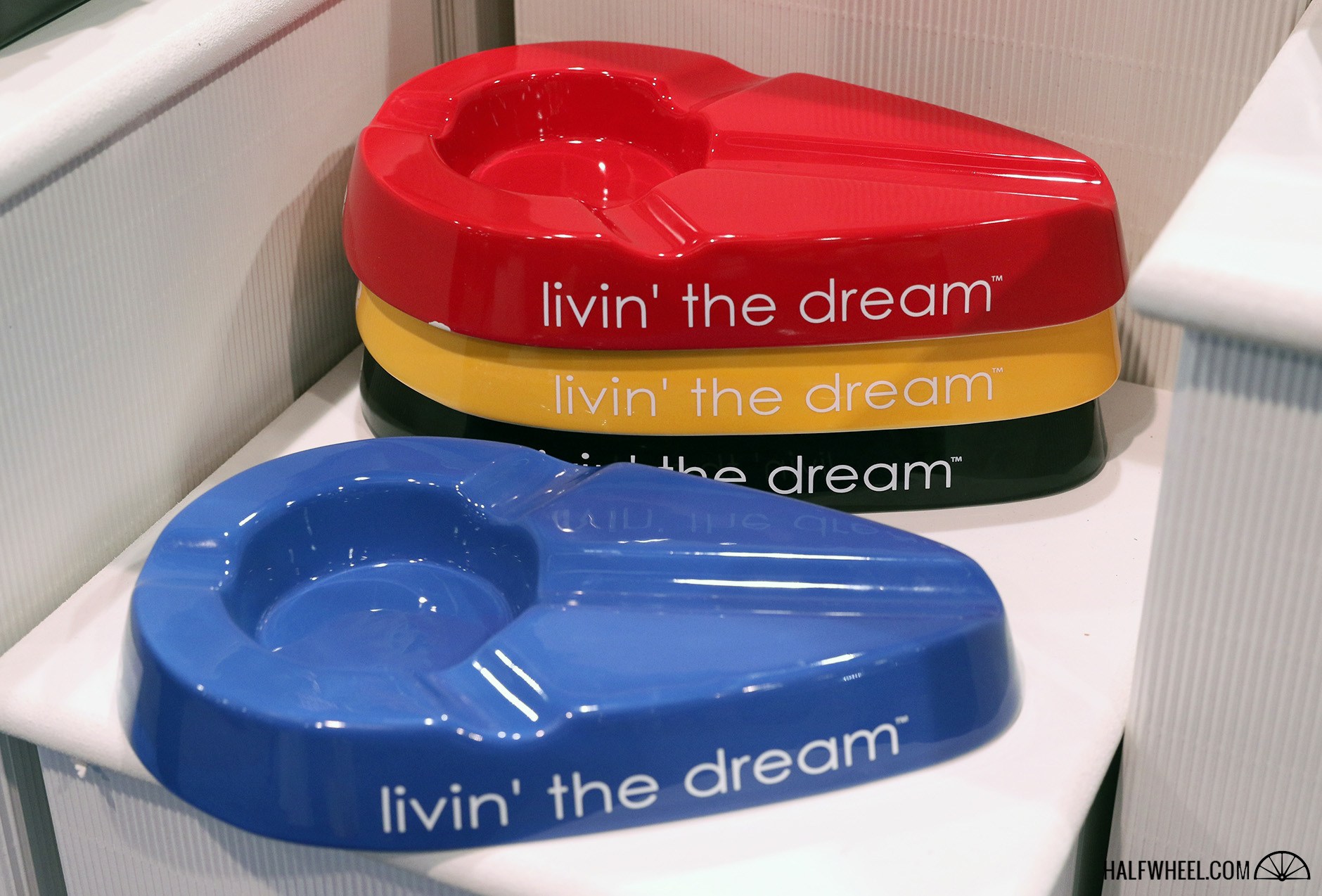 If it’s not obvious by the way you enjoy your cigar, your ashtray can now make it clear that you’re livin’ the dream. Priced at $29.99, it has four cigar rests and is available in black, yellow, red, and blue. 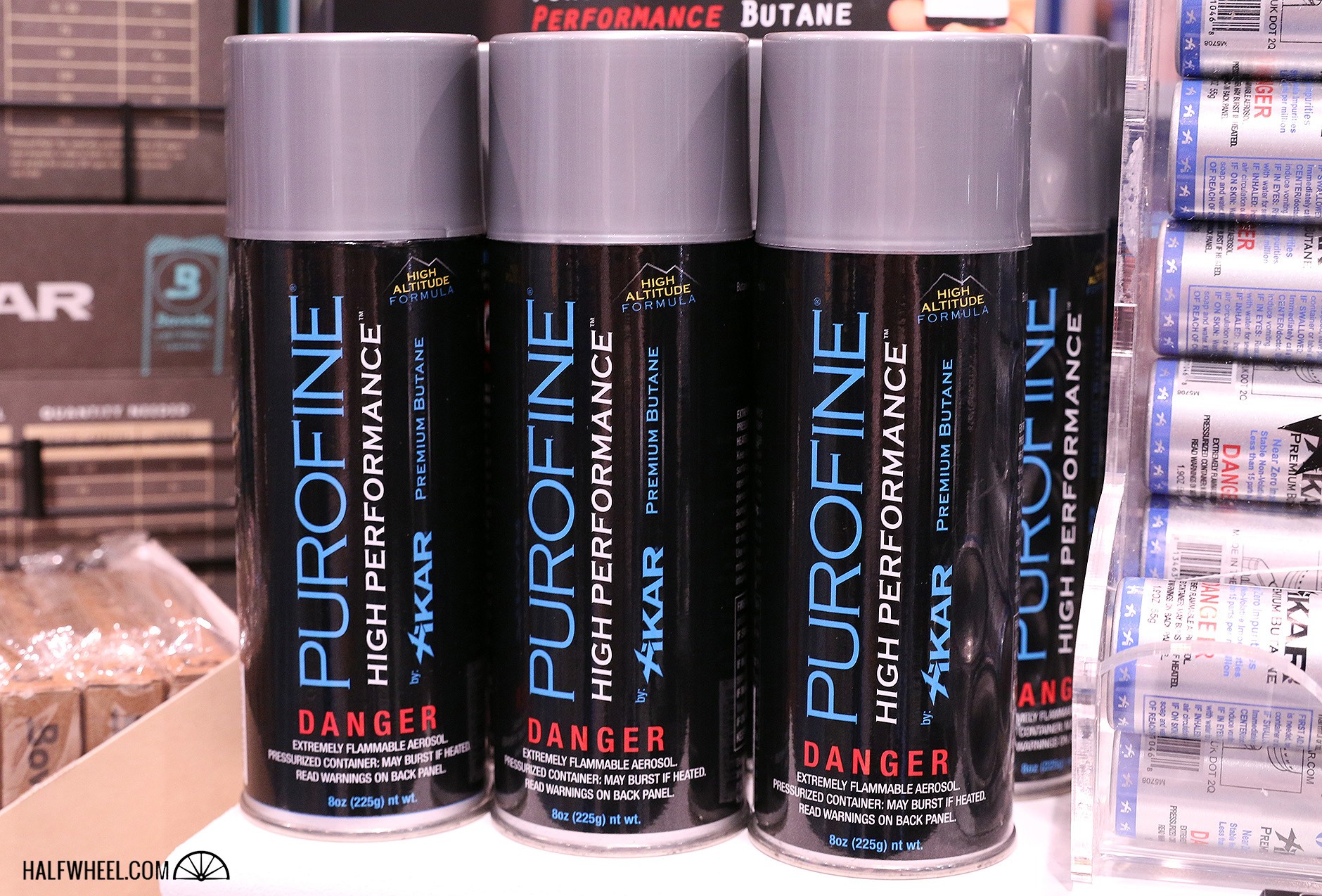 Even XIKAR’s butane gets a new addition in the High Performance collection. This new blend was designed for cigar smokers at higher elevations where it can be tough to get a jet torch to light, but after testing it in several markets and elevations, it turned out it gave lighters closer to sea level an even stronger flame and helped older lighters function better. The original blend will stay around, but if you ever find your lighter not firing up like it should, it might be time to give it this new fuel. It’s priced at $12.99 for an 8-ounce (225 gram) canister and is currently available. 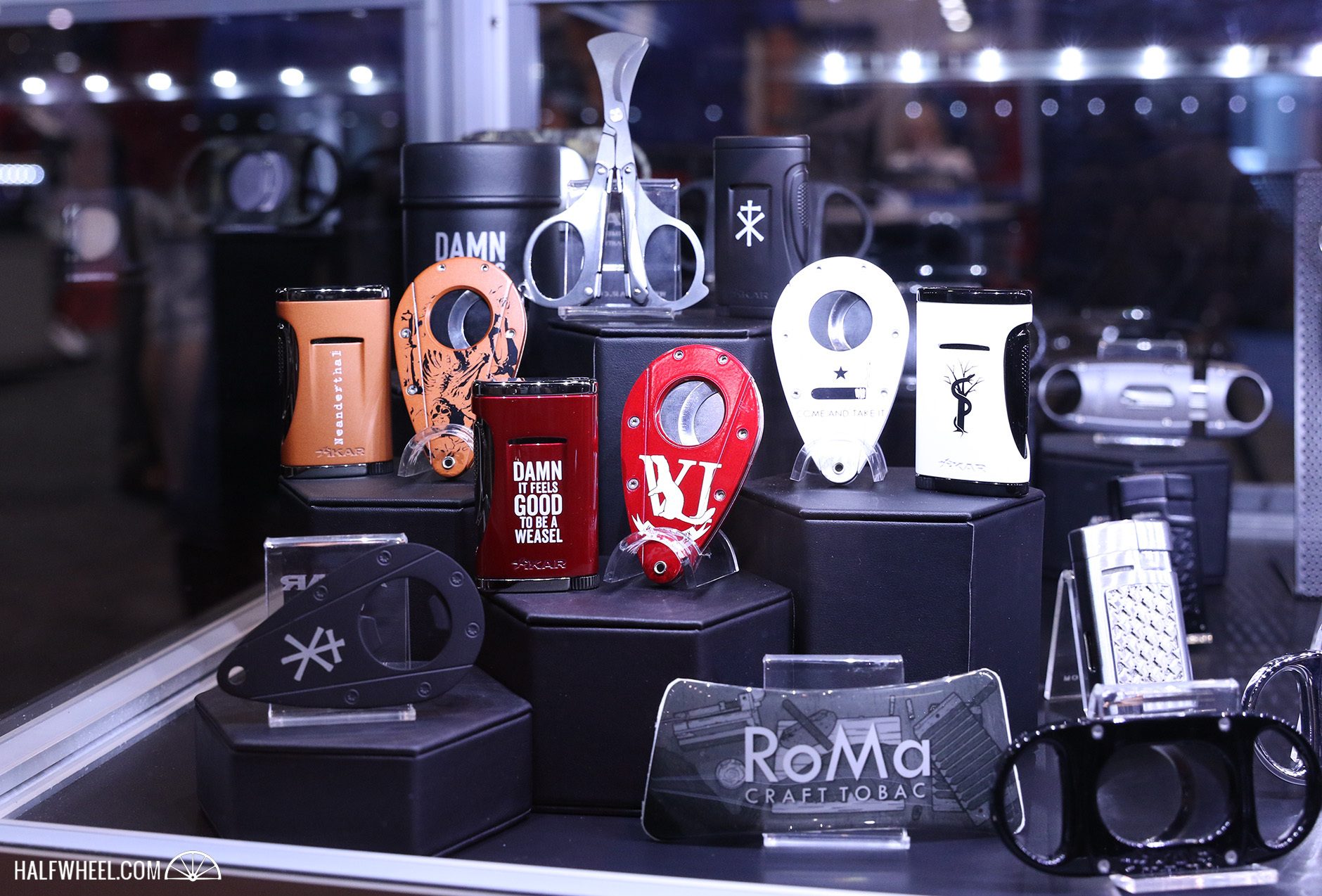 This series of branded accessories was announced in June and was featured in at least one of the display cases. Specifics on the collection are here. 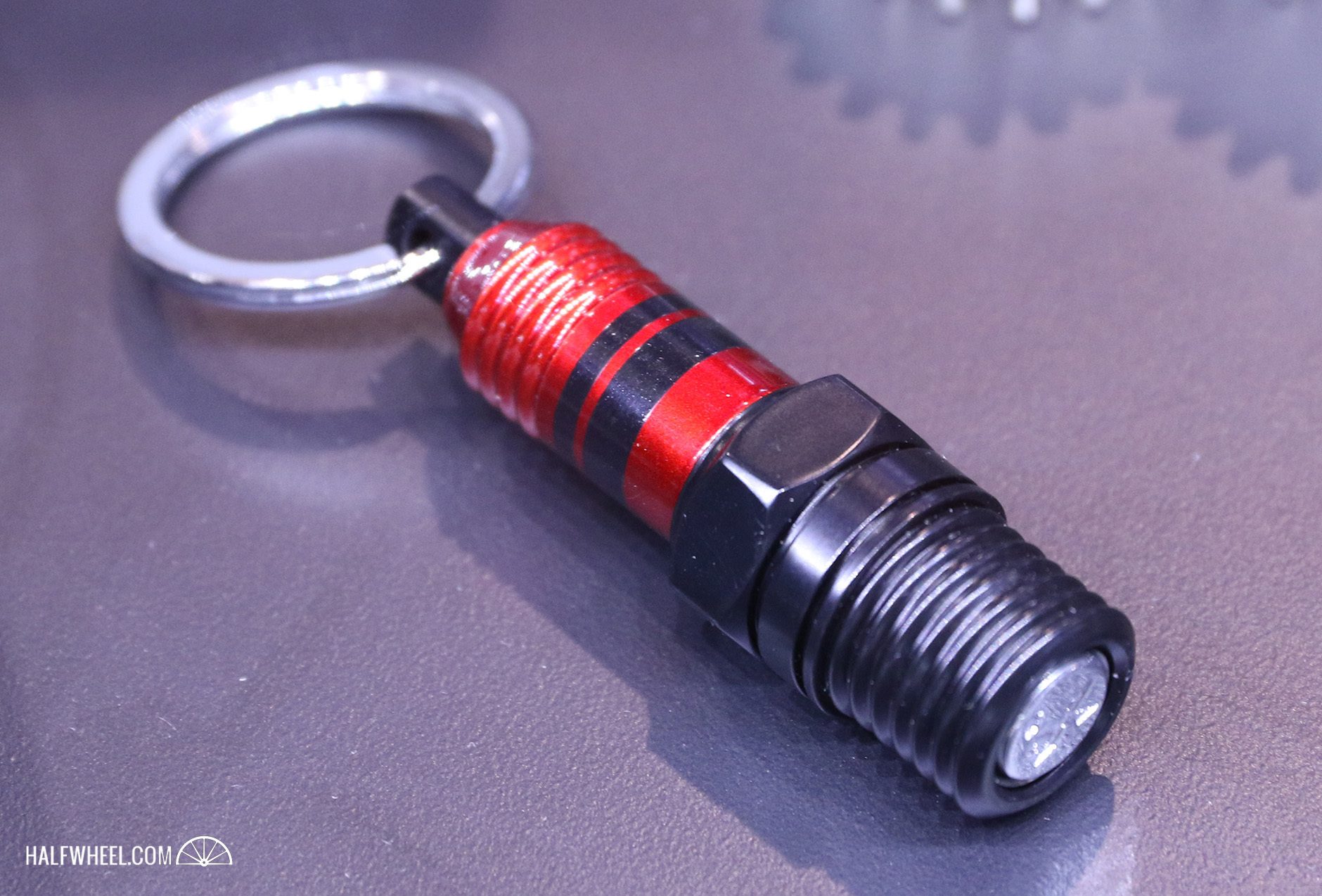 XIKAR’s High Performance Collection gets an 11mm punch cutter that is designed to look like a spark plug. The blade–which locks in three positions for a variable depth cut–is revealed by a simple twist, and comes in either red and black or white and blue, each priced at $49.99. 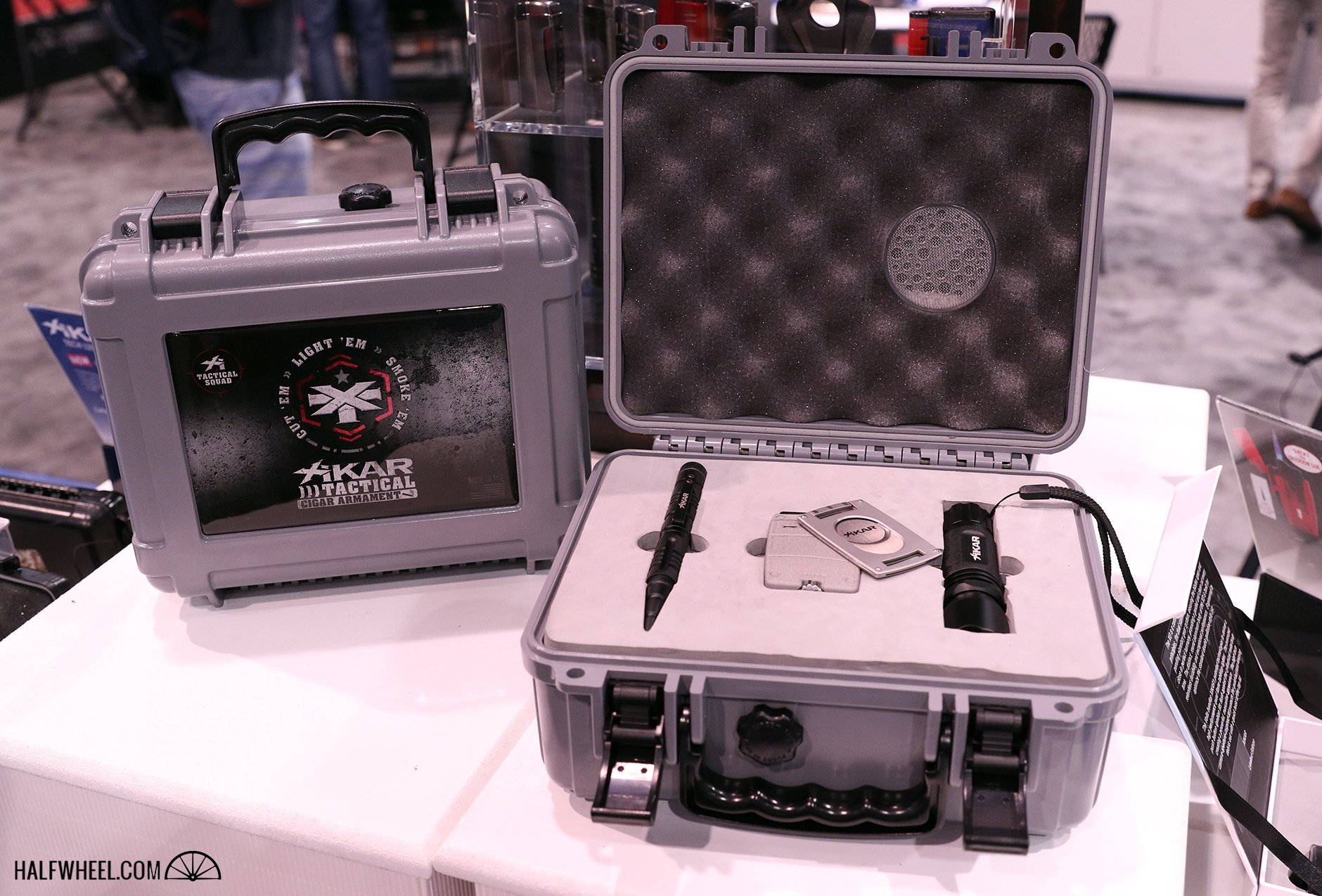 This gift set includes a XIKAR flashlight, UltraMag cutter and lighter, and a tactical pen, all packed in a XIKAR 18-24 count travel humidor. This sells for $249.99 and will ship on Oct. 1. 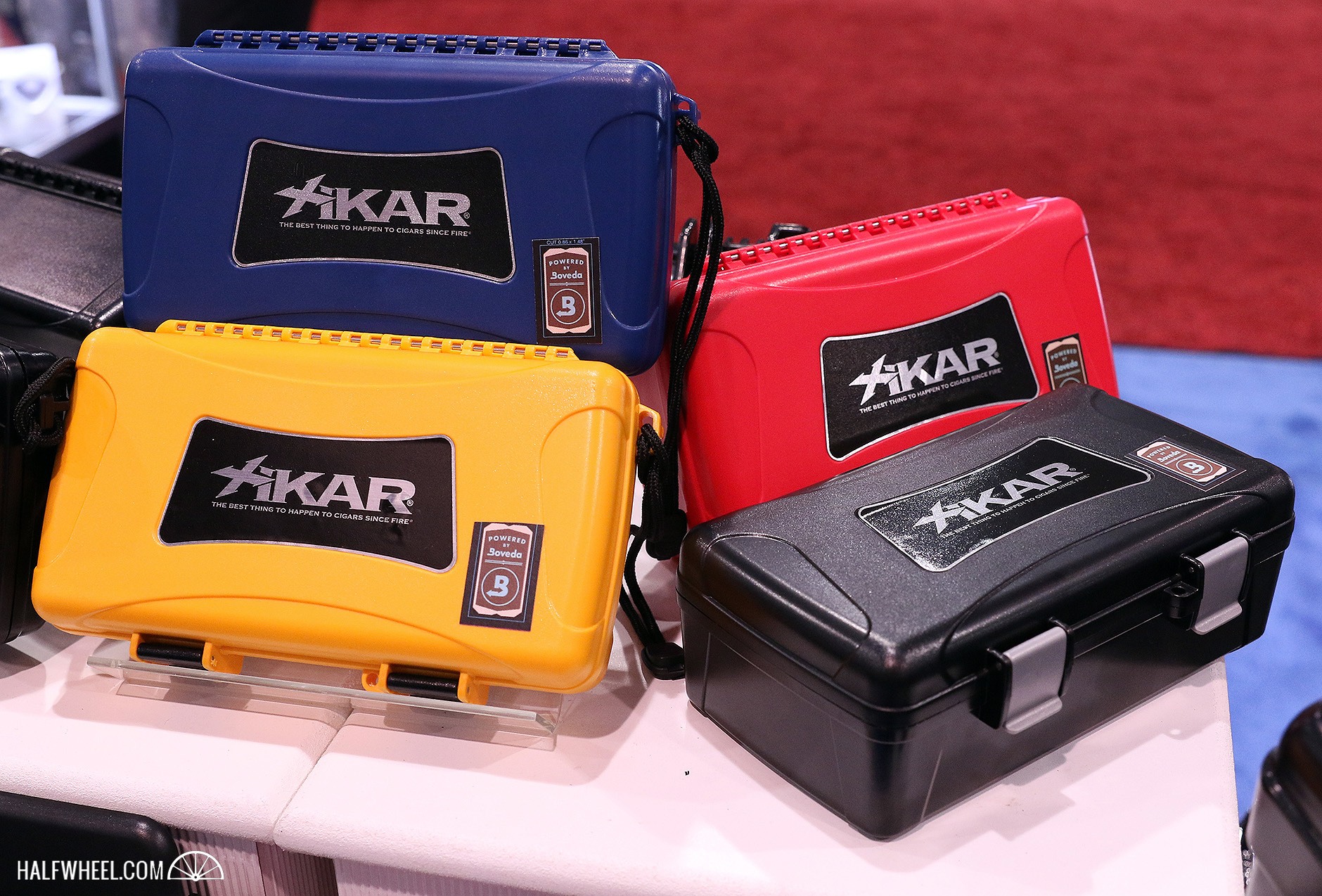 You’ll notice the Boveda sticker on top; XIKAR is doing away with the floral foam it used to use in its travel humidors in favor of Boveda packs. As you’ll recall, Boveda produces XIKAR-branded humidification packs as of last July, so this was a natural extension of that relationship. Additionally, the 10-count container adds a red version ($34.99). 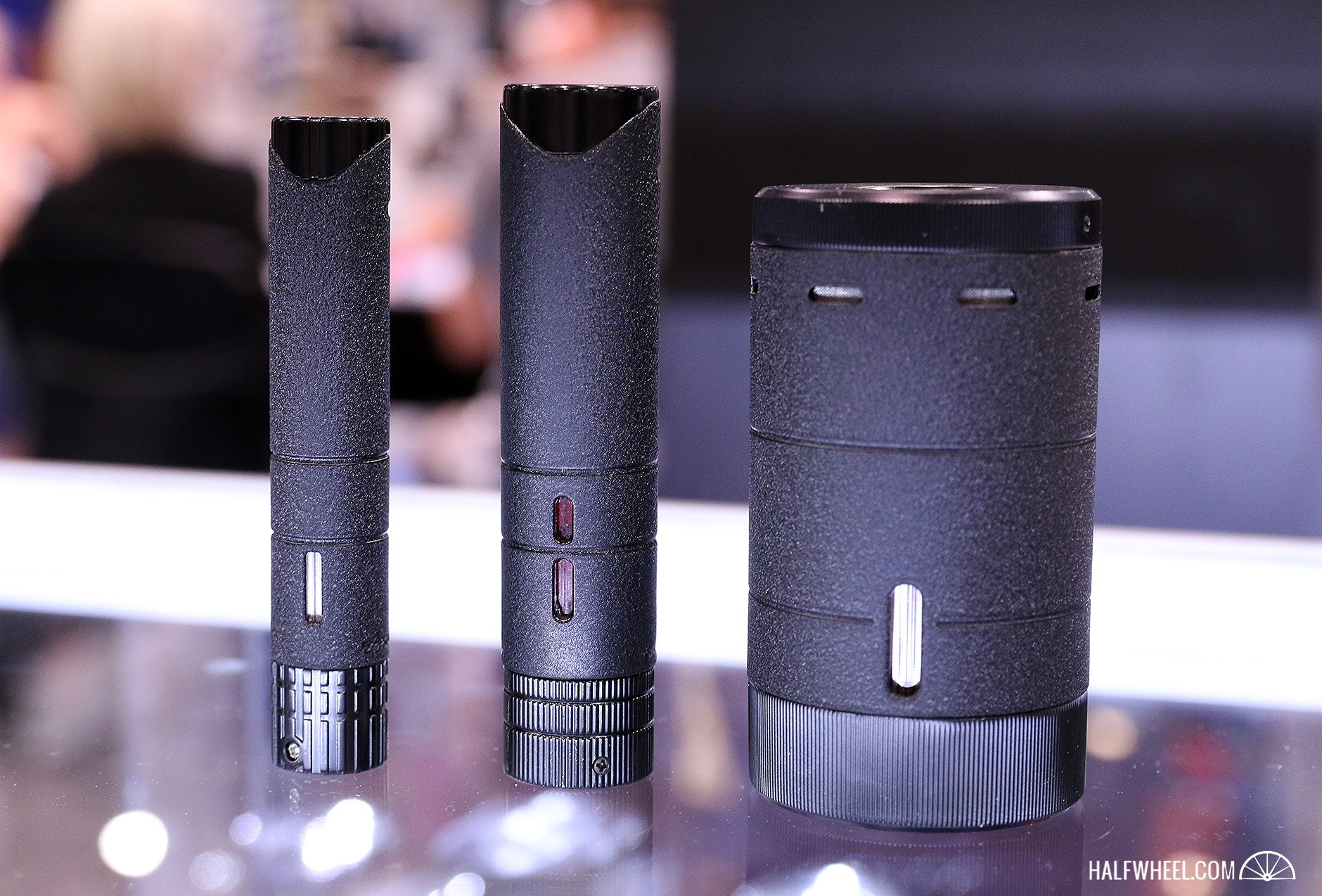 XIKAR slimmed down its 5×64 Turrim (shown in the middle) to a single flame (left) that measures 4 1/2 x 50, just about the size of a typical robusto. For comparison, the quad-flame Volta is shown on the right.

The single flame Turrim retains many of the same features as its bigger sibling, including an extended fuel tank as well as XIKAR’s Ratcheting Fuel Adjustment System and EZ-View™ Red Fuel Window technology to effortlessly view and control flame capacity. It is available in four finishes: black, vintage bronze, silver, and G2, a gunmetal finish with gunmetal trim. It is currently and comes priced at $49.99. 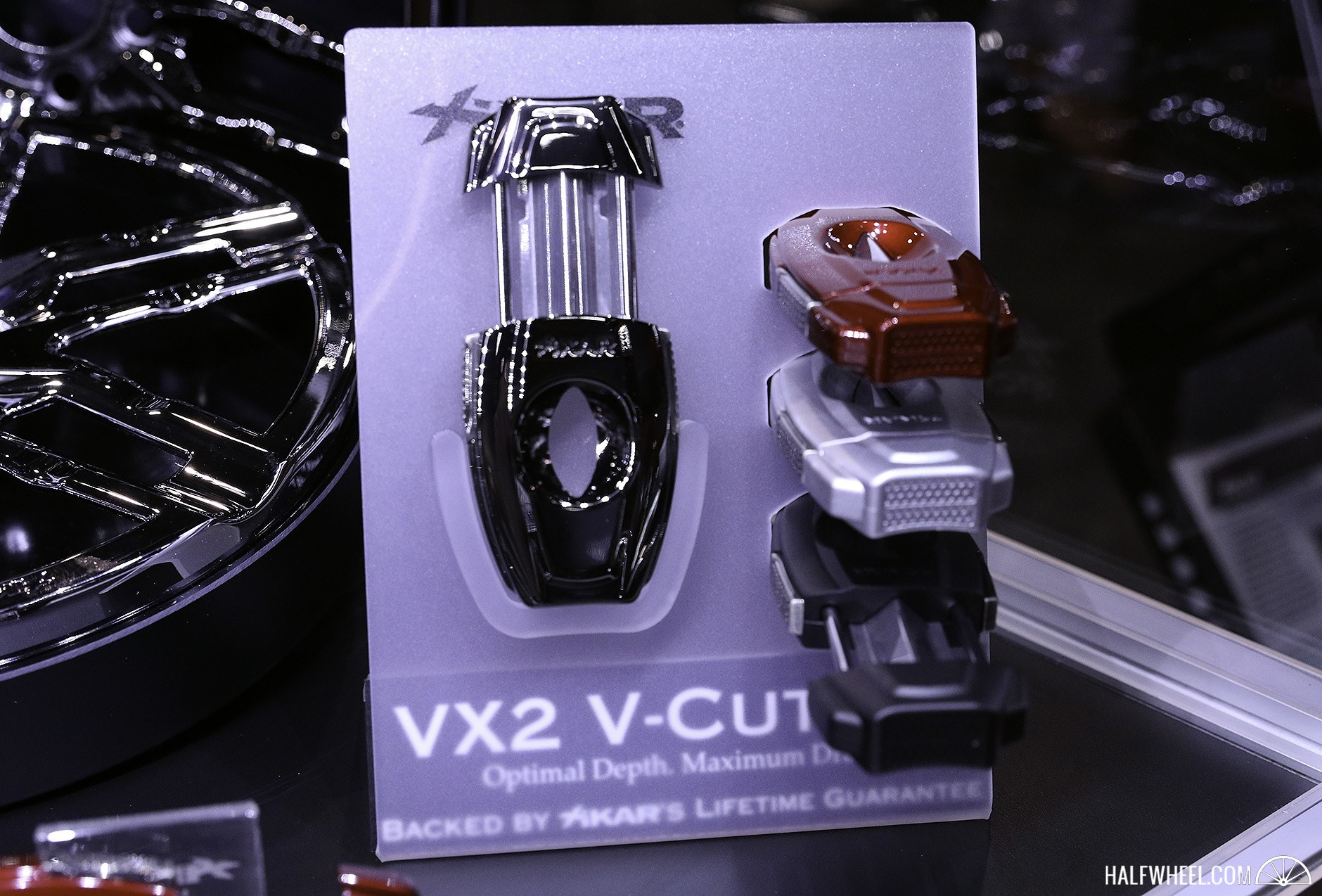 This new, deeper cutter features XIKAR’s reverse v-cut blade that cuts from the outside in, something that the company says helps reduce the amount of cracking. It’s offered in four colors: black, gunmetal, red and silver, each priced at $49.99. XIKAR says it will ship this fall. Also of note, XIKAR is rolling out new retail displays, such as the one the VX2 is displayed in. 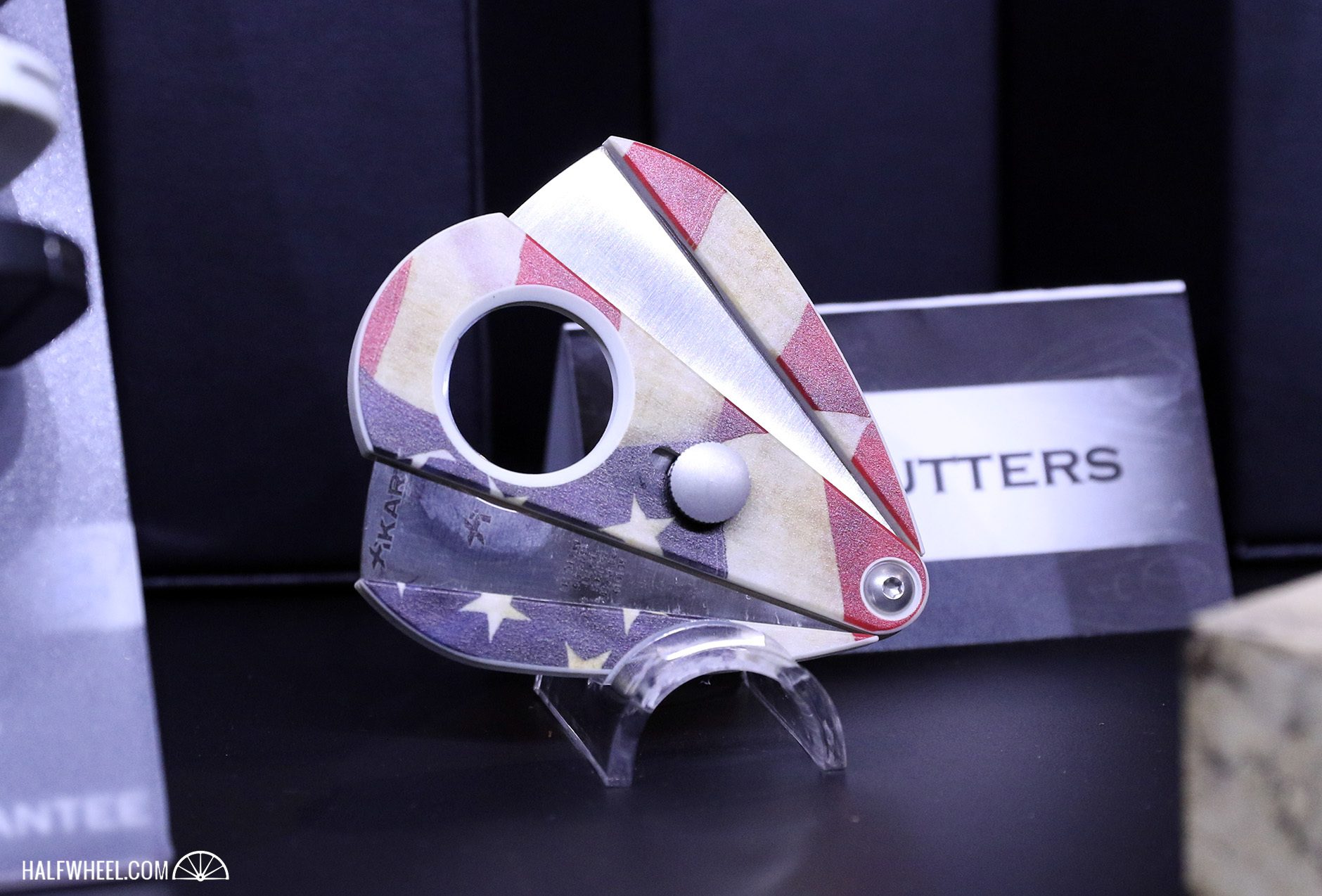 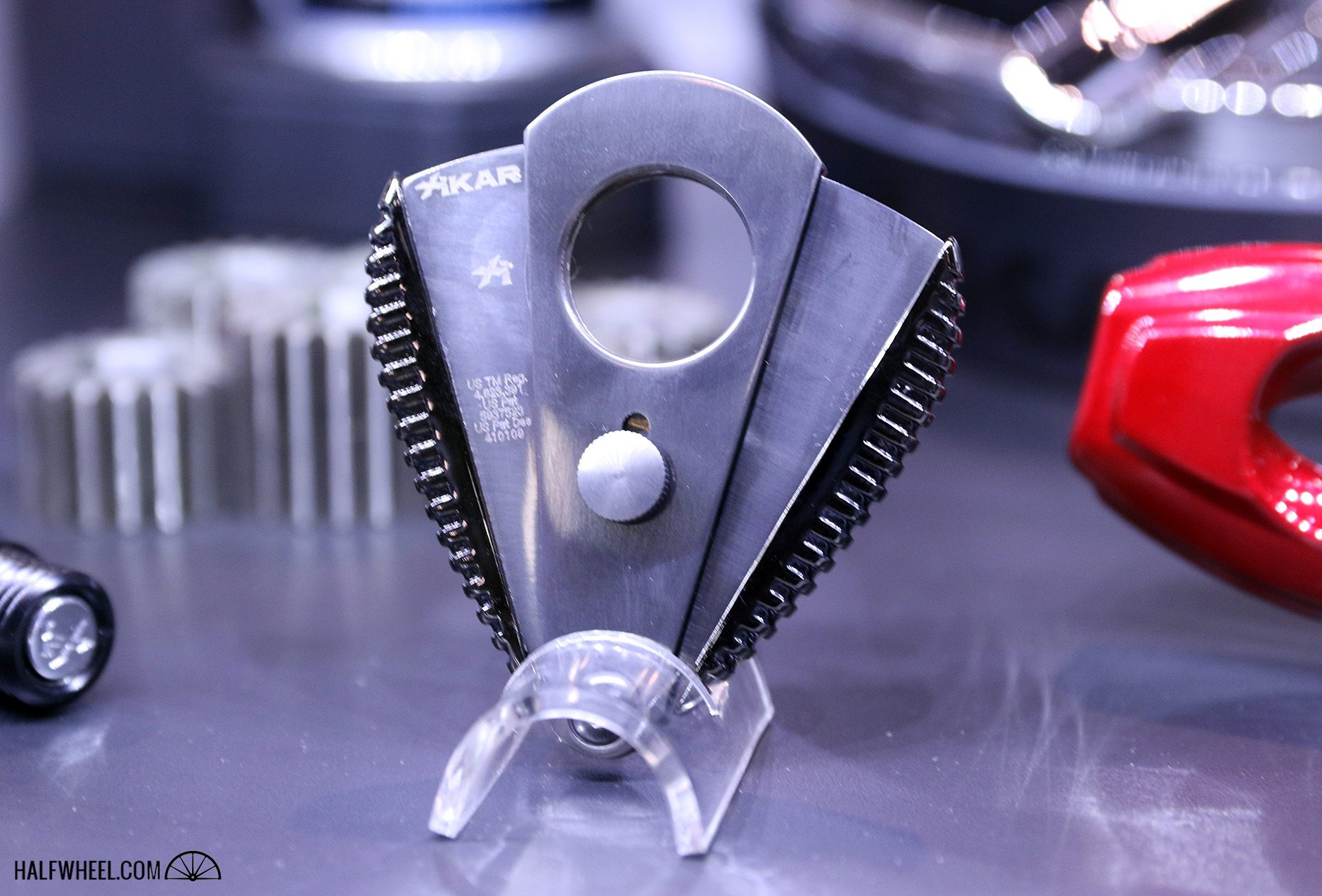 XIKAR took the engine fin inspired design of the Forte lighter and added ito the Xi3 cutter. The stainless steel cutter body is plated in gunmetal and paired with gunmetal plated blades to complement the hand-painted and polished three-dimensional engine fin wings. $199.99. 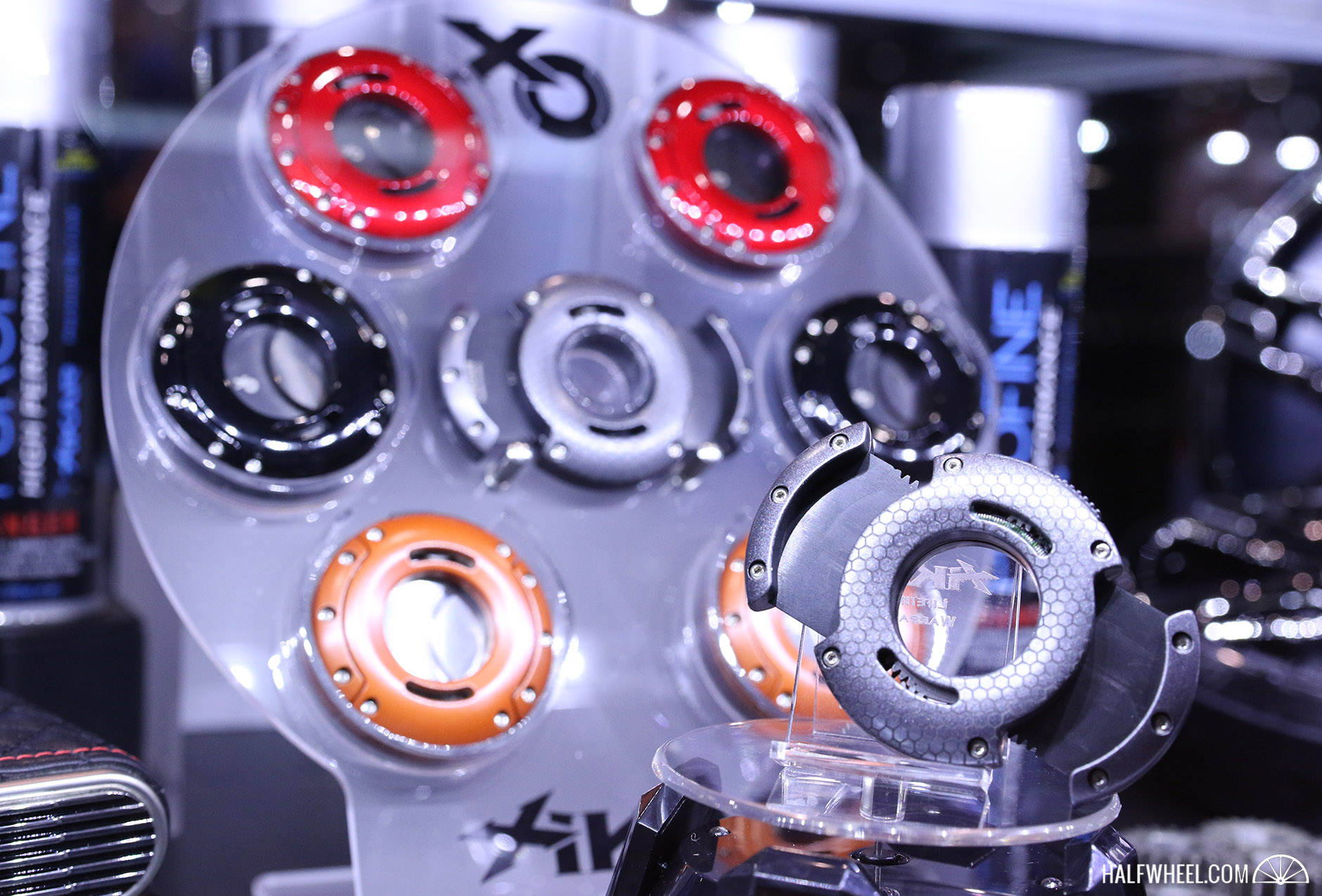 The four new colors of the XIKAR XO Cutter have been on the market for a few months, but only at Tobacconists’ Association of America (TAA) stores. Now, they’re available to everyone.

All of the new colors feature 403 stainless steel blades, while three of the finishes–red, black, and gunmetal honeycomb–feature a titanium nitride coating that turns the blades black and which the company claims makes the blades unscratchable. Those three models are each priced at $119.99. The fourth new color, burnt orange, comes with chrome blades and is priced at $99.99.