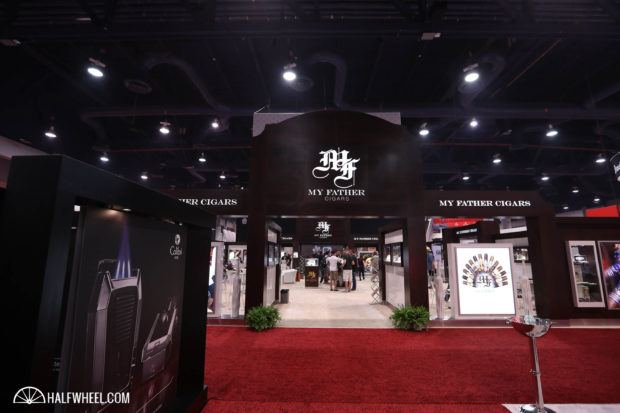 It’s somewhat challenging to imagine that Tatuaje once occupied one half of the space of the My Father Cigars, Inc. booth. Up until last year, the companies split the booth that My Father now occupies solely, which while tight then, doesn’t seem like the impossibility that it would be now given the traffic both booths see on their own.

As for the booth, it’s a square affair with defined walls on each side. Product is displayed in those walls, as well as some additional product in the center of the booth in glass cases. 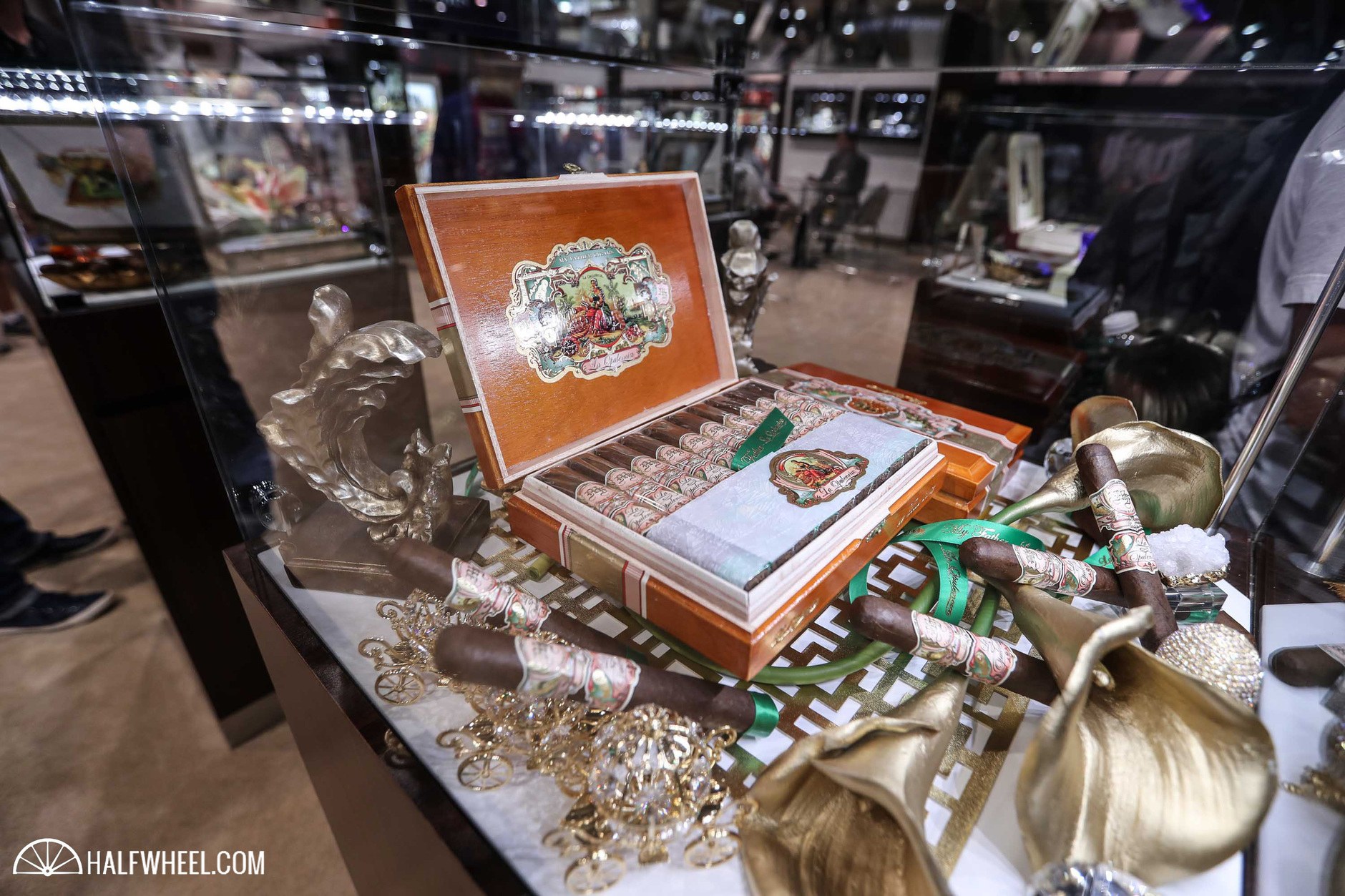 After months of teasing, the newest My Father line is here, at least for photos. By the time I made it to the booth samples were long gone, but the cigar should head to stores during the last week of September or early October. It’s a box-pressed line with six sizes, and in what’s becoming a bit of a theme for the show, features a Mexican wrapper.

Also featured is the revamped Vegas Cubanas. It’s been on shelves for the last couple months, though for some, including me, this was the first time to see the updated version. 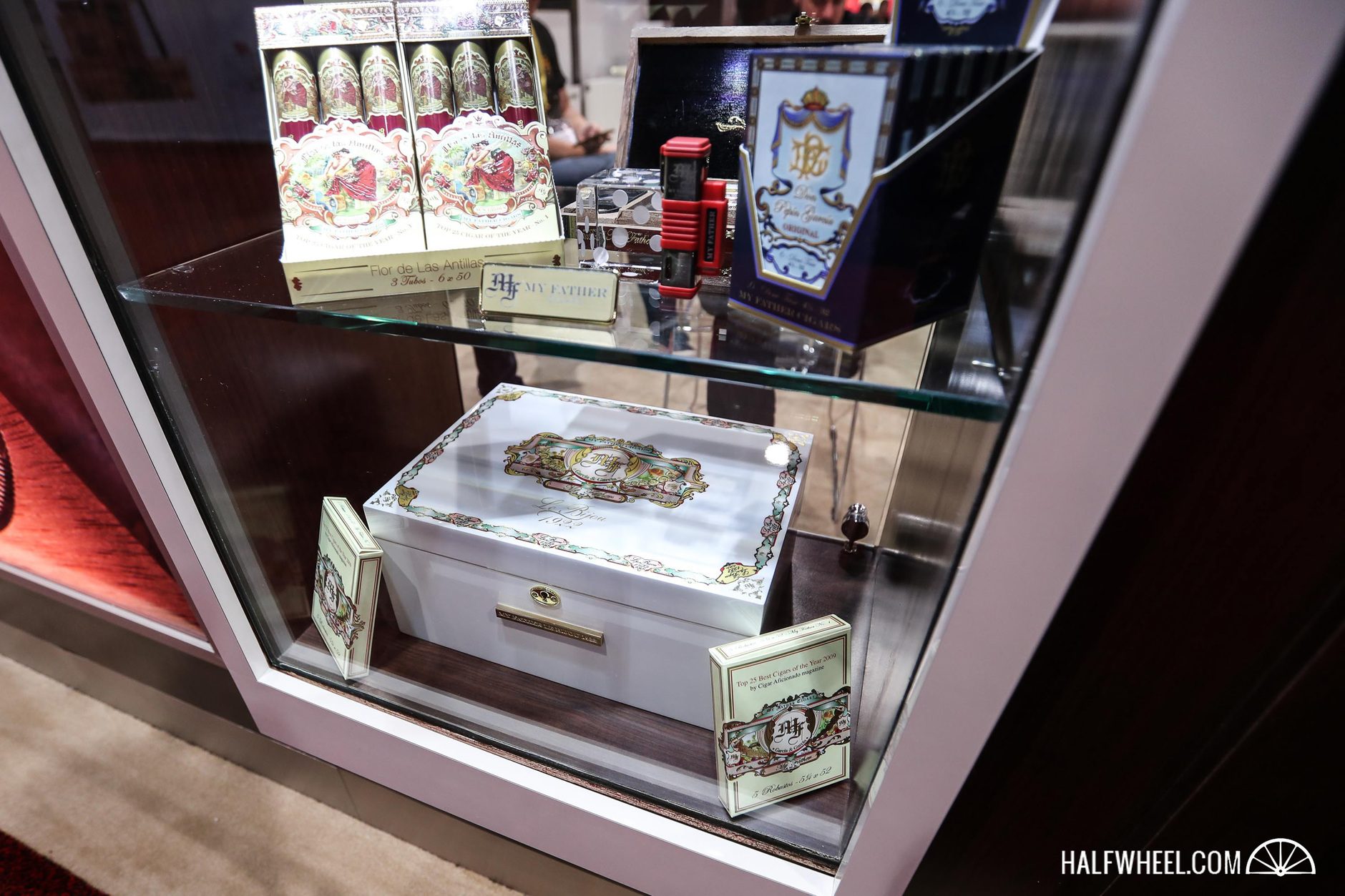 The My Father humidor is now offered in Le Bijou form. I really liked the pale pink and aqua piping around.