A booth we came across last year–and specifically sought out this year–is Whiff Out Industries. 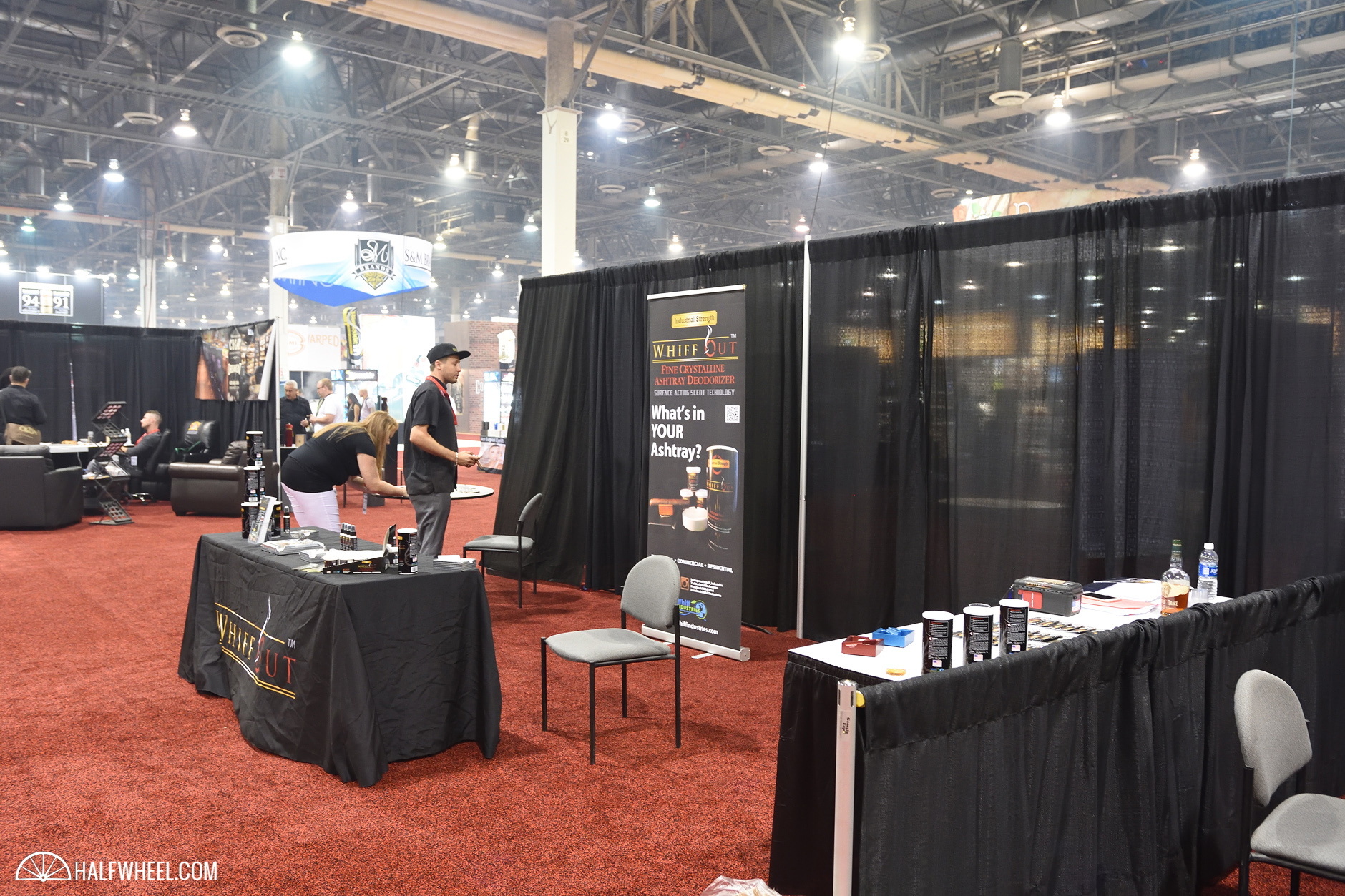 The company’s first product on the market was a deodorizing powder meant to be put in your ashtray to help kill the stale cigar-ash odor that emanates from it. Since then, they’ve diversified and come out with a new product. Whiff Out introduced their spray product at CIGARfest in April. The idea behind it was to eliminate odors from your clothes, car or other places that soak in that cigar-smoke aroma. It is available now and retails for $8.