While the Oliva booth looks physically much the same as it has for the last few years, things have changed quite a bit inside. As José Oliva explains below, the company has been acquired by J. Cortès. That being said, things look very much business as usual with Oliva, though there are a few more European accents. 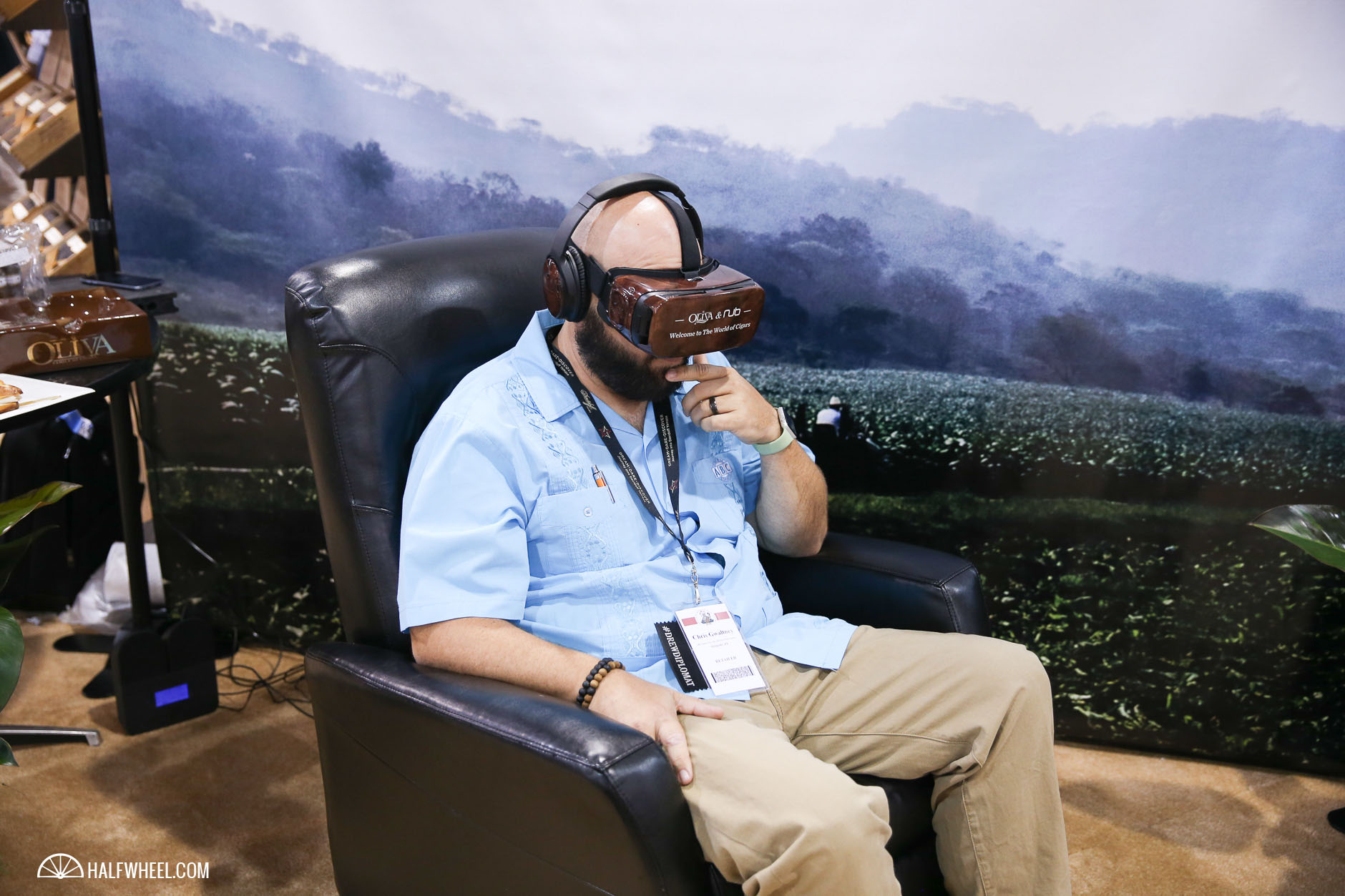 Oliva had one of the coolest things I’ve seen at the trade show so far, a virtual reality headset that allowed you to tour the company’s fields and factories with members of the family. They also handed you a cigar at the end. The NUb Café is now the NUb Nuance. There’s also a pumpkin spice and mint blend Delayed until the fall apparently.