El Primer Mundo was in a prime spot to enjoy Nick Perdomo playing the drums – but also in a nice corner booth right on a main aisle. When I got to the booth, it was full of people enjoying the comfortable lounge chairs and talking to brand owner Sean Williams. Of course – it seemed nobody wanted their picture taken, so they cleared out while I shot the booth. 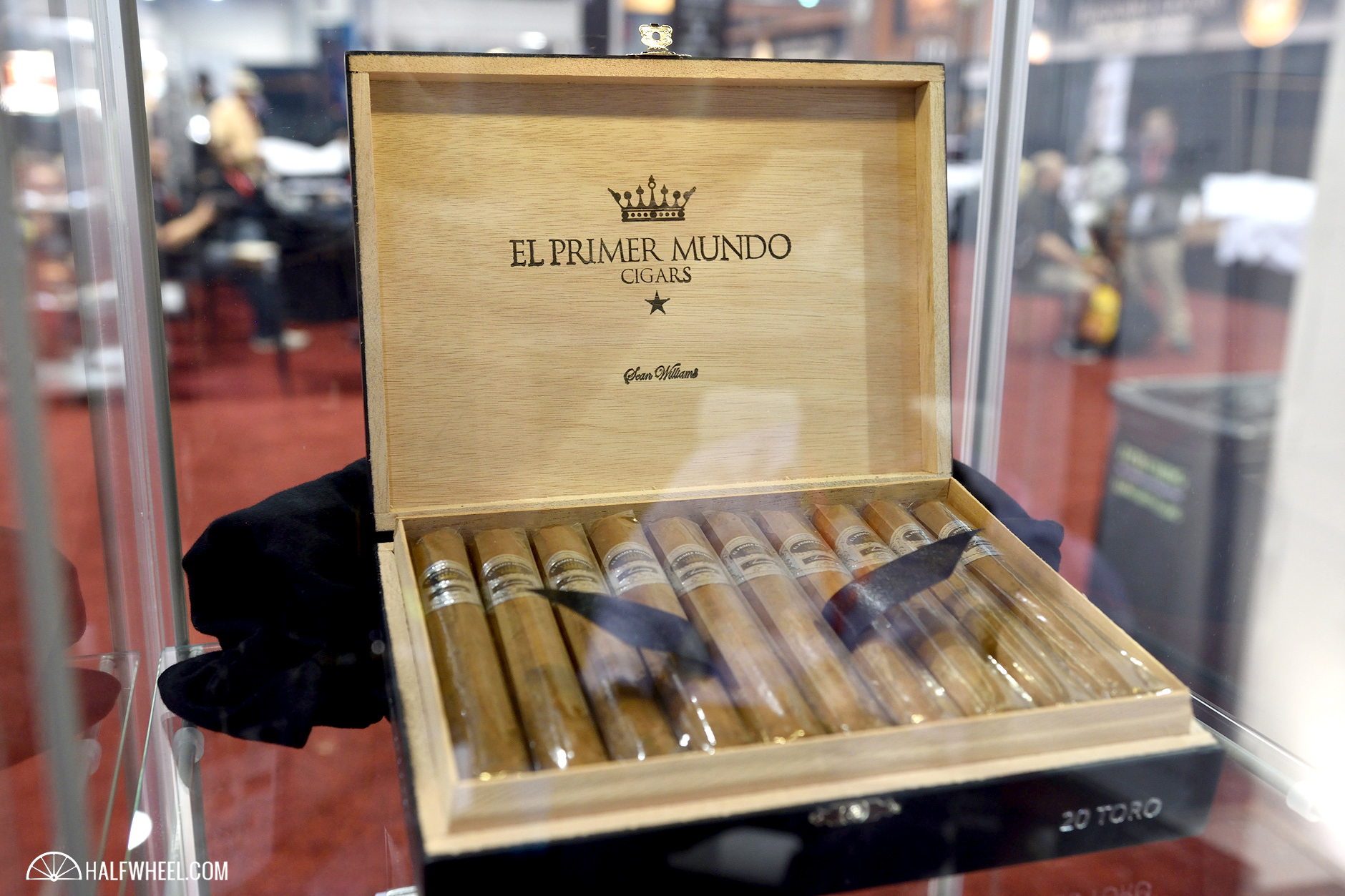 Williams was celebrating his 10th anniversary of El Primer Mundo, and as such brought out a special cigar to celebrate. It is produced at De Los Reyes in the Dominican Republic.