As several companies did at this year’s IPCPR Convention & Trade Show, Boutique Blends released a collection of new products that mixed something new, something old and something that comes from a partnership with another company. Not to mention that two of the new projects are coming out of factories not named Tabacalera Palma, though Rafael Nodal says that all is good between him and that factory, so there’s nothing to be concerned about. 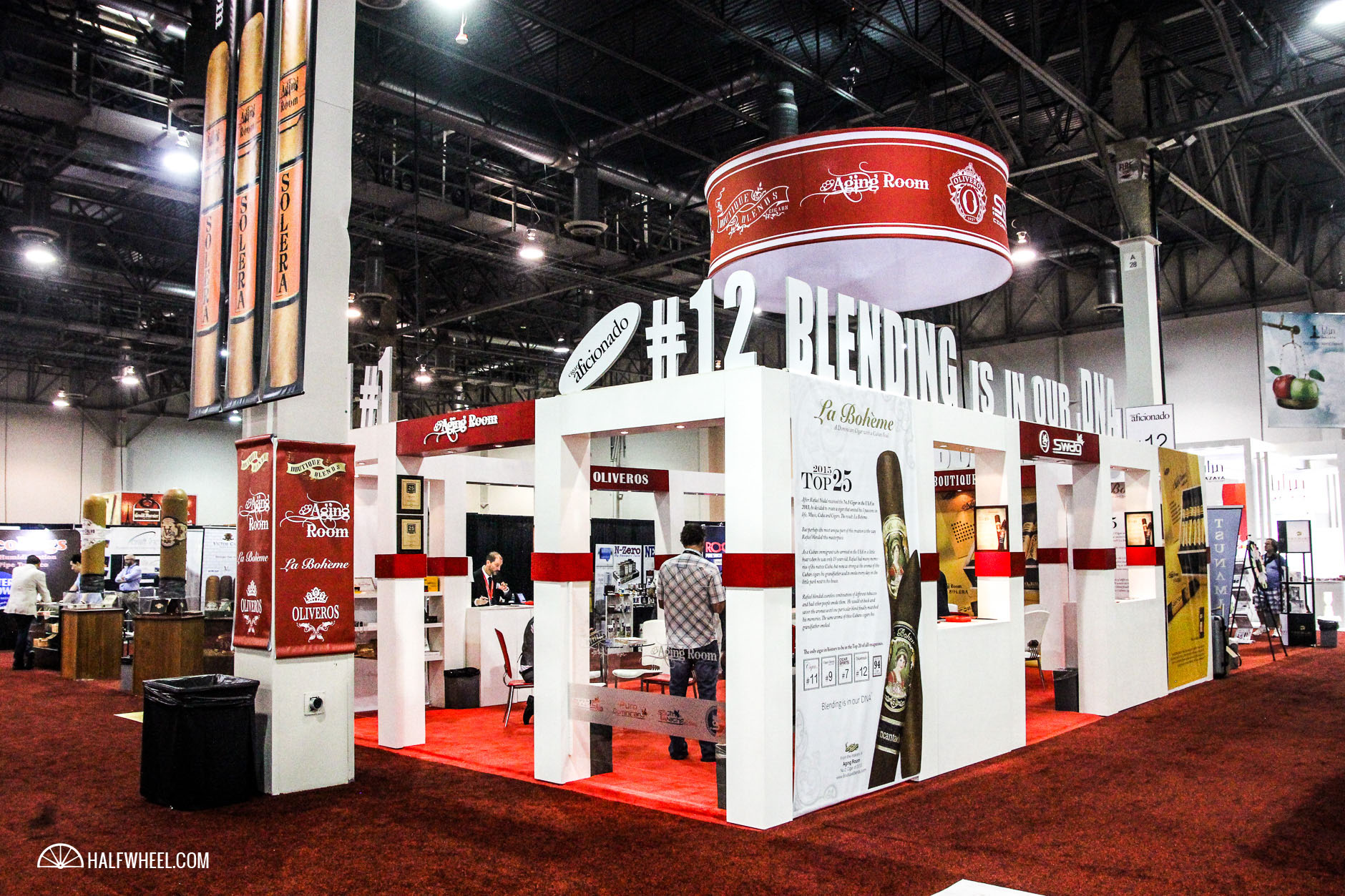 While the Boutique Blends name still seems fairly new, its roots as Oliveros go back quite some time, and two of the company’s new releases return to that moniker, including one that is a collaboration with a well-known name in the business and could be the first of several more like it. While the booth hasn’t changed much in recent years, it seems like every year there is a new ranking or award added to the side or top of the booth. By now you’ve likely heard the term pelo de oro more than once; it’s Spanish for hair of gold and refers to a varietal of tobacco that is extremely challenging to grow due to low yield and prosperity to disease, yet is incredibly flavorful. This new line is made by by Abdel Fernandez at his Tabacalera AJ Fernandez Cigars de Nicaragua S.A. in Estelí. In addition, Fernandez is also supplying the central tobacco in the new blend. The name keeps with the Aging Room pattern of using musical terms for vitolas and refers to the word for a section within a symphony or sonata where the music becomes lighter and more playful.

The F55m is getting a maduro version using a Mexican San Andrés wrapper. It’s forthcoming at a to be announced date but will be priced in the same $9 – $10 range as the original. Drawing from the Solera method of winemaking where several vintages are mixed together to create a consistent flavor from year to year, the latest addition to the Aging Room line takes tobaccos that are aged one, three and seven years and lets them age together in bales for at least a year before the tobaccos are rolled into a cigar. While the core of a Dominican binder and filler are the same from line to line, there are four varietals available, and the same three sizes in each line. 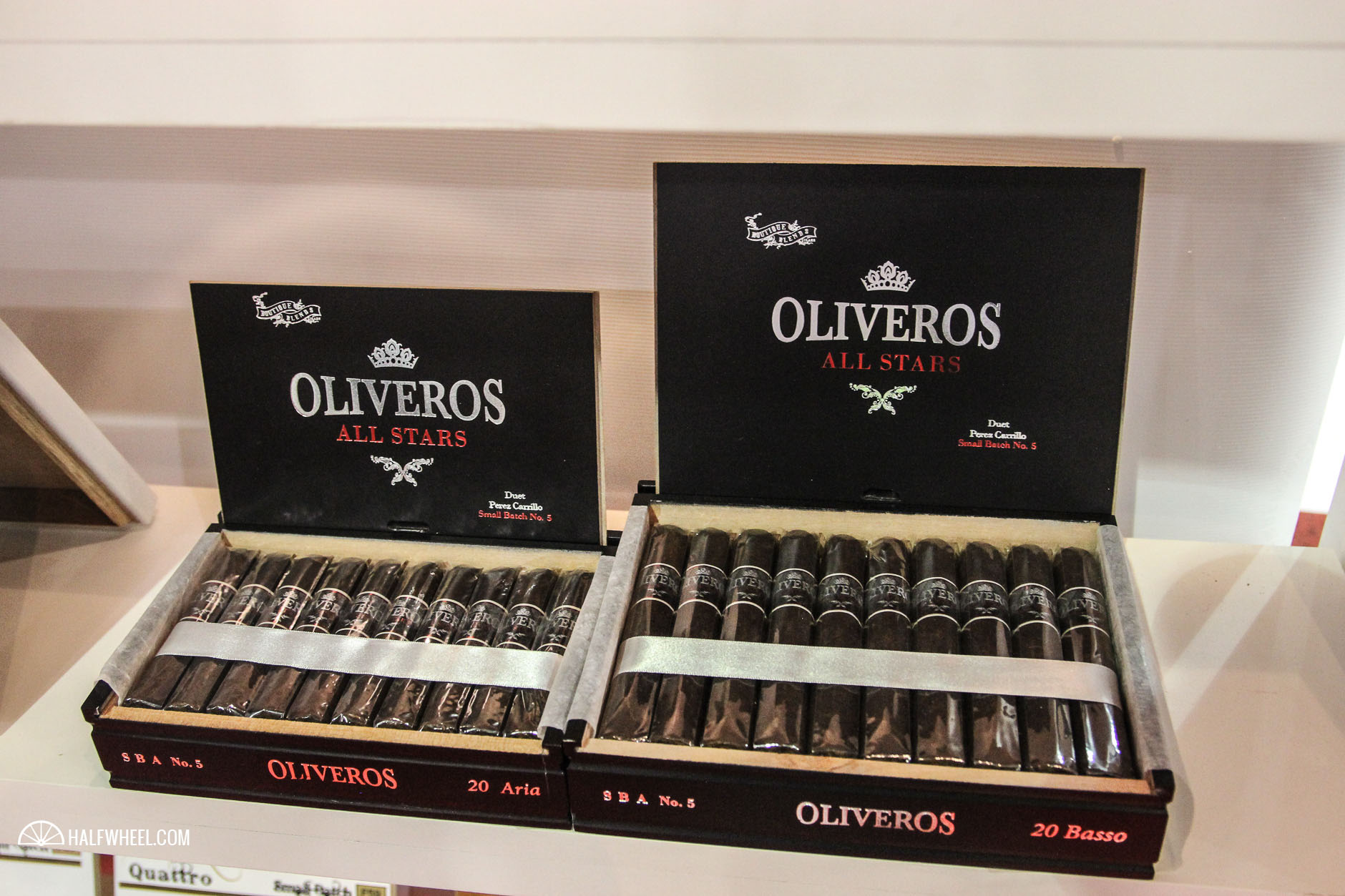 Rafael Nodal has launched a line of cigars that he is calling duets and will be collectively launched under the Oliveros All Stars header, though future releases will be dictated by FDA’s approval process. For his first line, which is actually No. 5 in the series, he has partnered with Ernesto Perez-Carrillo, who is making the cigars at Tabacalera La Alianza S.A. in the Dominican Republic. Building on the theme of Small Batch releases, these also get musical terms for the vitola names. 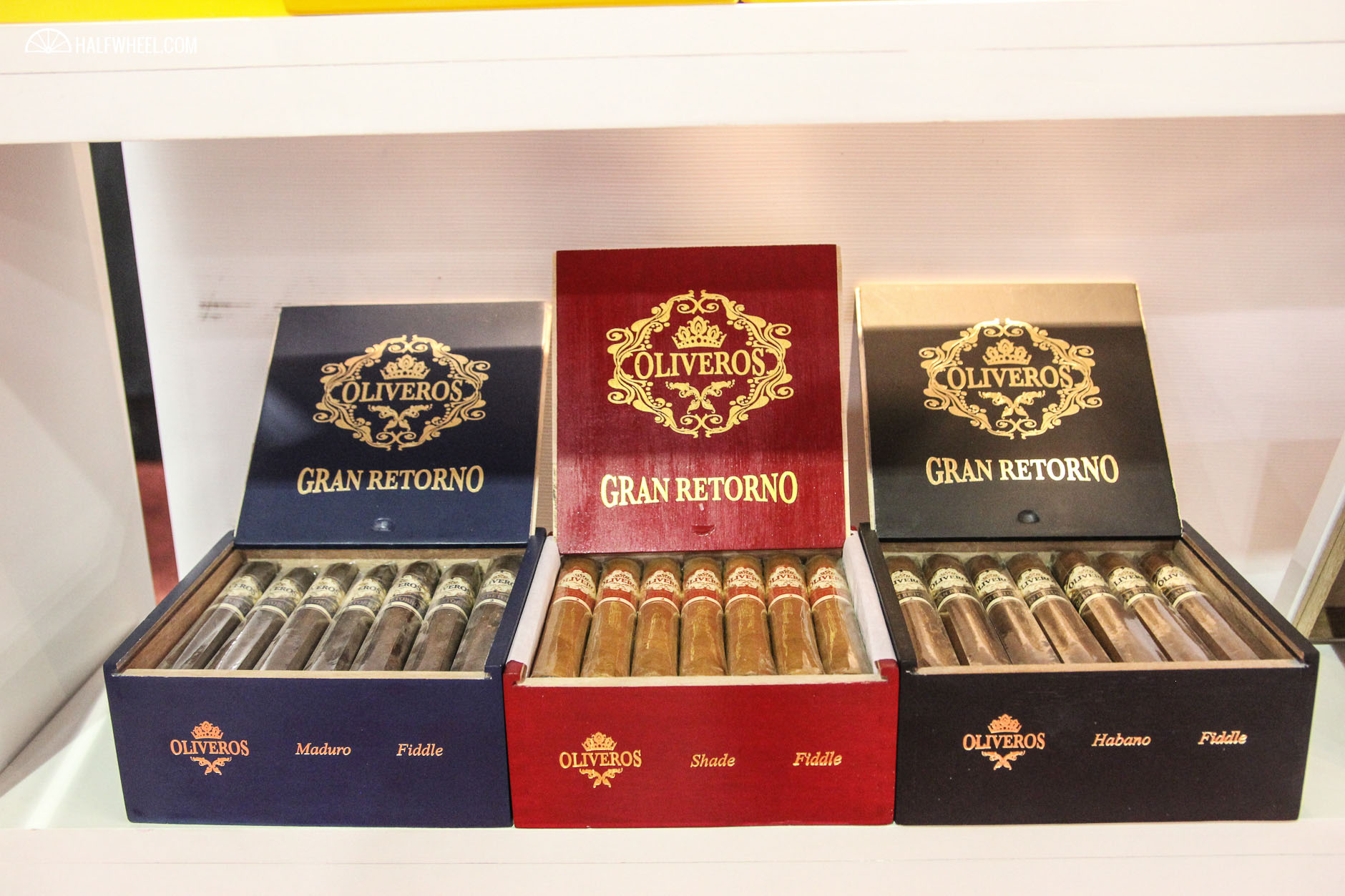 A fitting name for this launch, the Oliveros brand is making its grand return by way of 12 new facings, four sizes each available in one of three wrappers. Nodal said this is geared to be a price conscious line but by no means skimps on quality. It’s a return to basics for this brand, but with several years of experience now guiding its path. Along with All Stars, it is the first of what the company says will be several new and reintroduced blends under the Oliveros name.