While I think the Warped booth was functional and well thought-out, I can’t help but find a bit of disappointment compared to the black spaceship like booth the company brought last year. Booth-aside, there was plenty to be interested in from Kyle Gellis and Warped as there were two completely new lines and a follow-up to one of the company’s limited editions. Interestingly, Gellis told me that it could be a full year before there’s another new national release from Warped, perhaps understanding that the company’s portfolio—which now has seven lines—has grown rather quickly in its relatively short recent history.

Corto
I hung around the booth for a few minutes, long enough for me to get the sales pitch on this: Warped’s releases have largely been ‘medium,’ customers wanted something stronger, Corto is ‘fuller.’ The release is a Nicaraguan puro made at the Tabacos Valle de Jalapa S.A. (TABSA) factory that Warped turned to for Flor del Valle and La Hacienda.

As of now, the plan for Corto is to release a single size each year with only one vitola being produced at one given time. While the vitola is limited in that it will only be sold for a year, there is no limit on how many can be made in that time. The first vitola is X50 (4 1/2 x 50), which is expected in September.

Final packaging wasn’t on display, although the cigar was. Don Reynaldo Regalos
That “seven lines” number above is a bit misleading given that most of the Warped lines have a very limited number of vitolas. Don Reynaldo is a prime example. The new Regalos (5 x 46, $15) is just the second vitola in the line, following the limited Coronas de Luxe from last year. The Regalos is a regular production release and is shipping now. 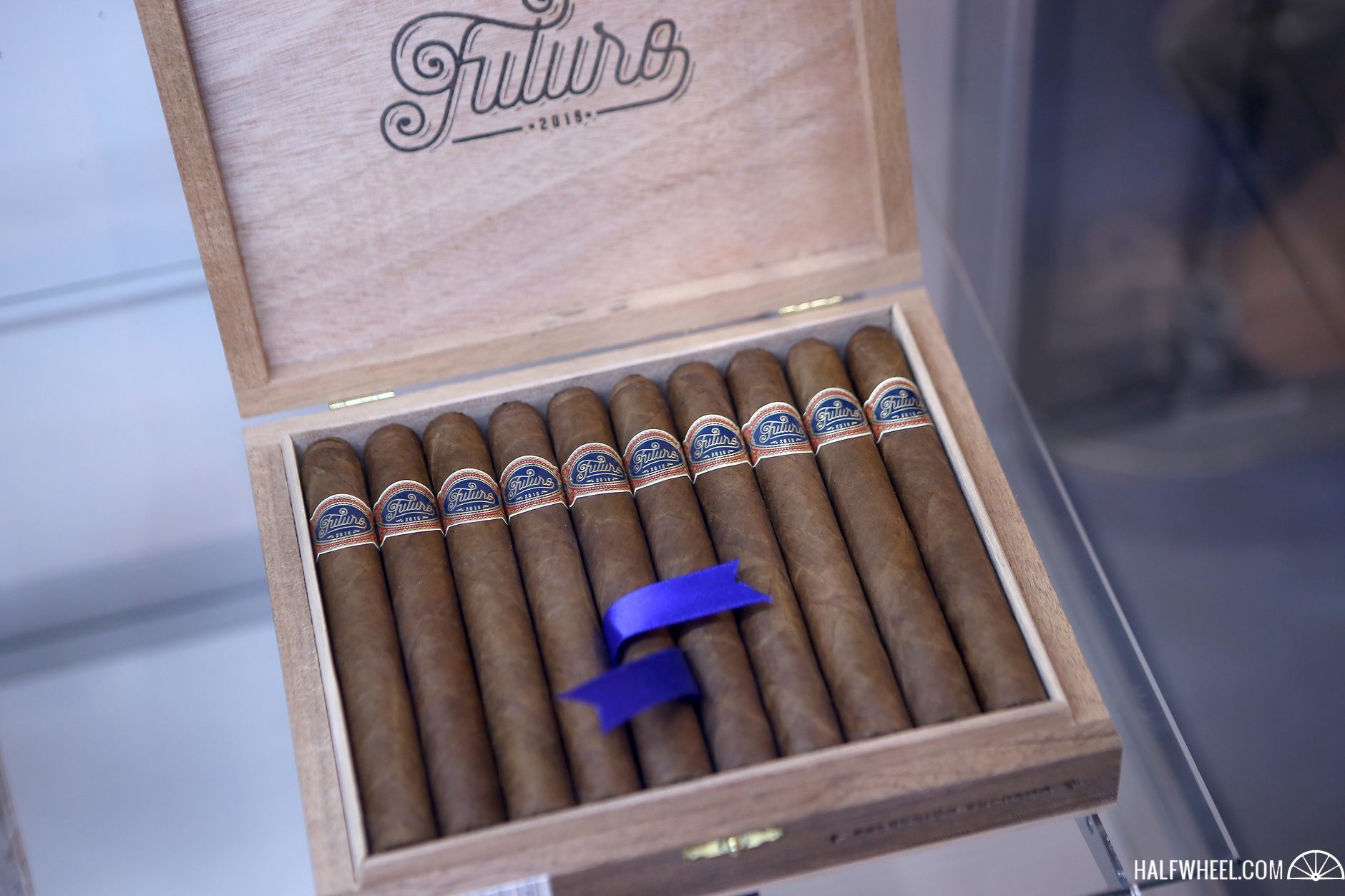 Futuro
Another TABSA release, albeit, this time in collaboration with Max Fernández Pujals of Casa Fernández. This is a limited production release offered in two vitolas: Selección 109 (6 x 52, $9.75), which was created by Fernández, while Gellis opted for Selección Suprema (5 5/8 x 46).

Gellis told halfwheel this will begin shipping in August.