In the past Viaje has had no new products to show off at the IPCPR Convention & Trade Show, though this year was very different. 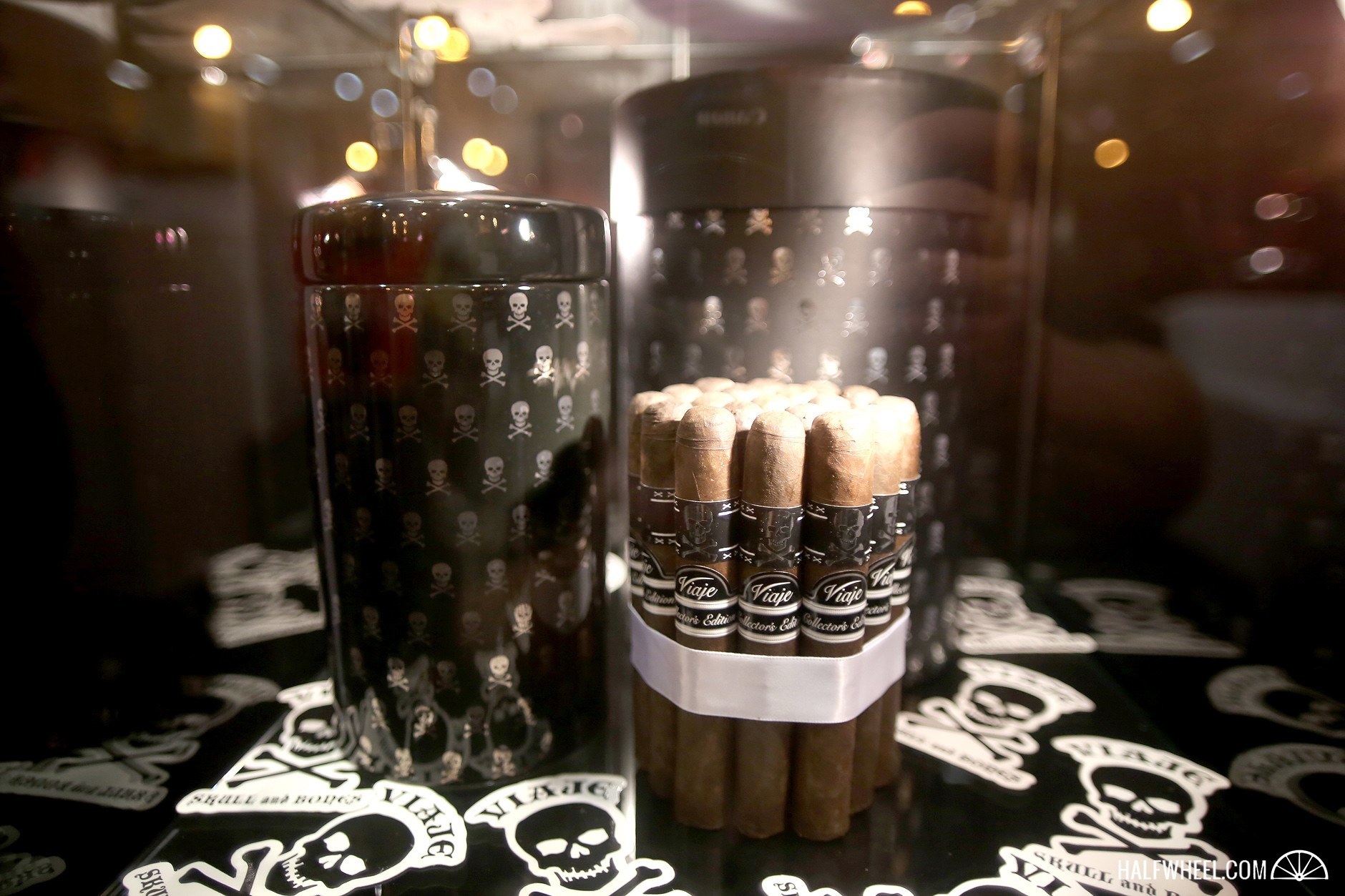 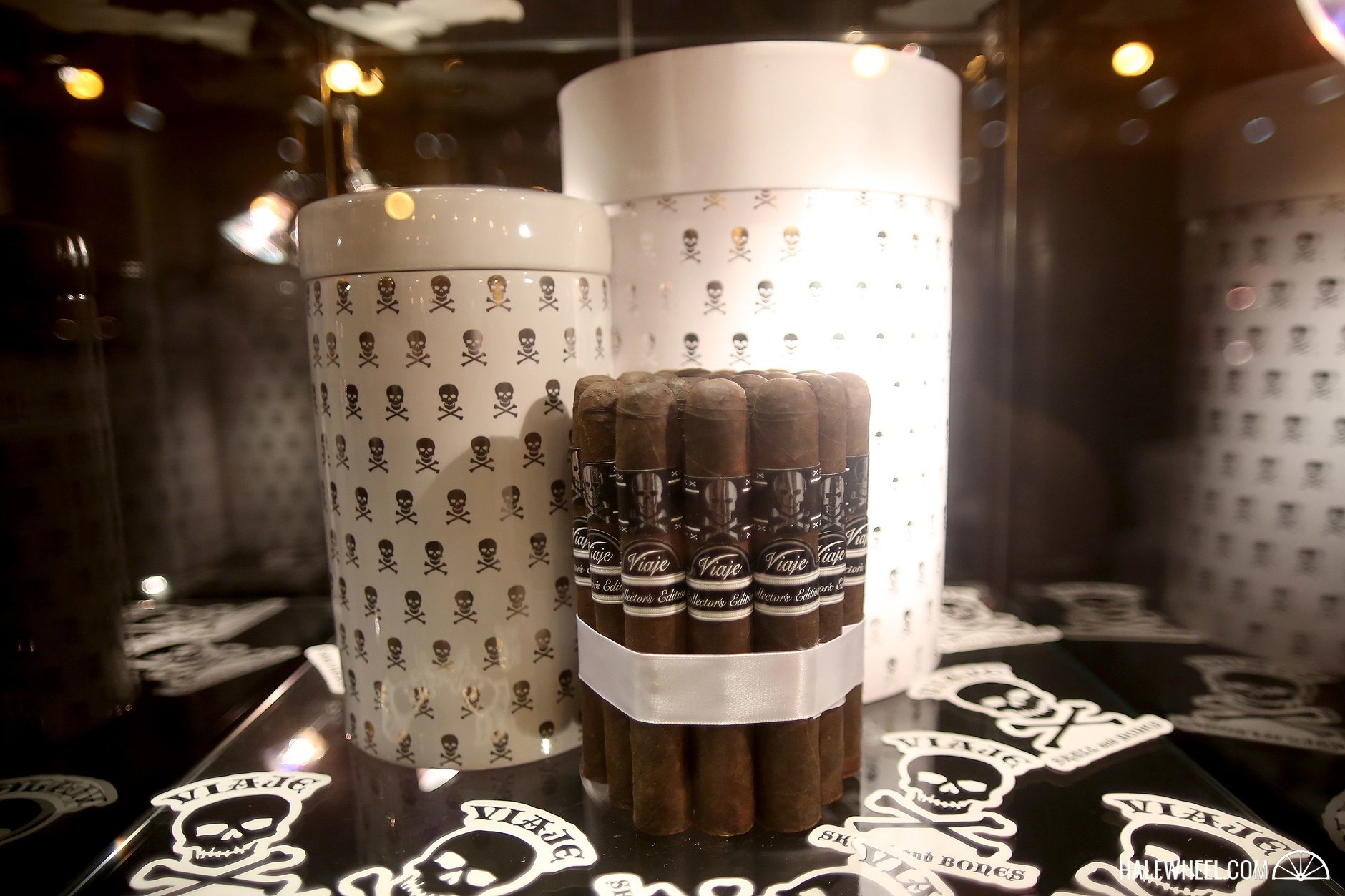 Inside, the 6 x 54 cigars will be the same, a blend consisting of a Mexican San Andrés wrapper, a Dominican binder and filler tobaccos from Brazil, the Dominican Republic and the United States. Each cigar will retail for $14.47 each. 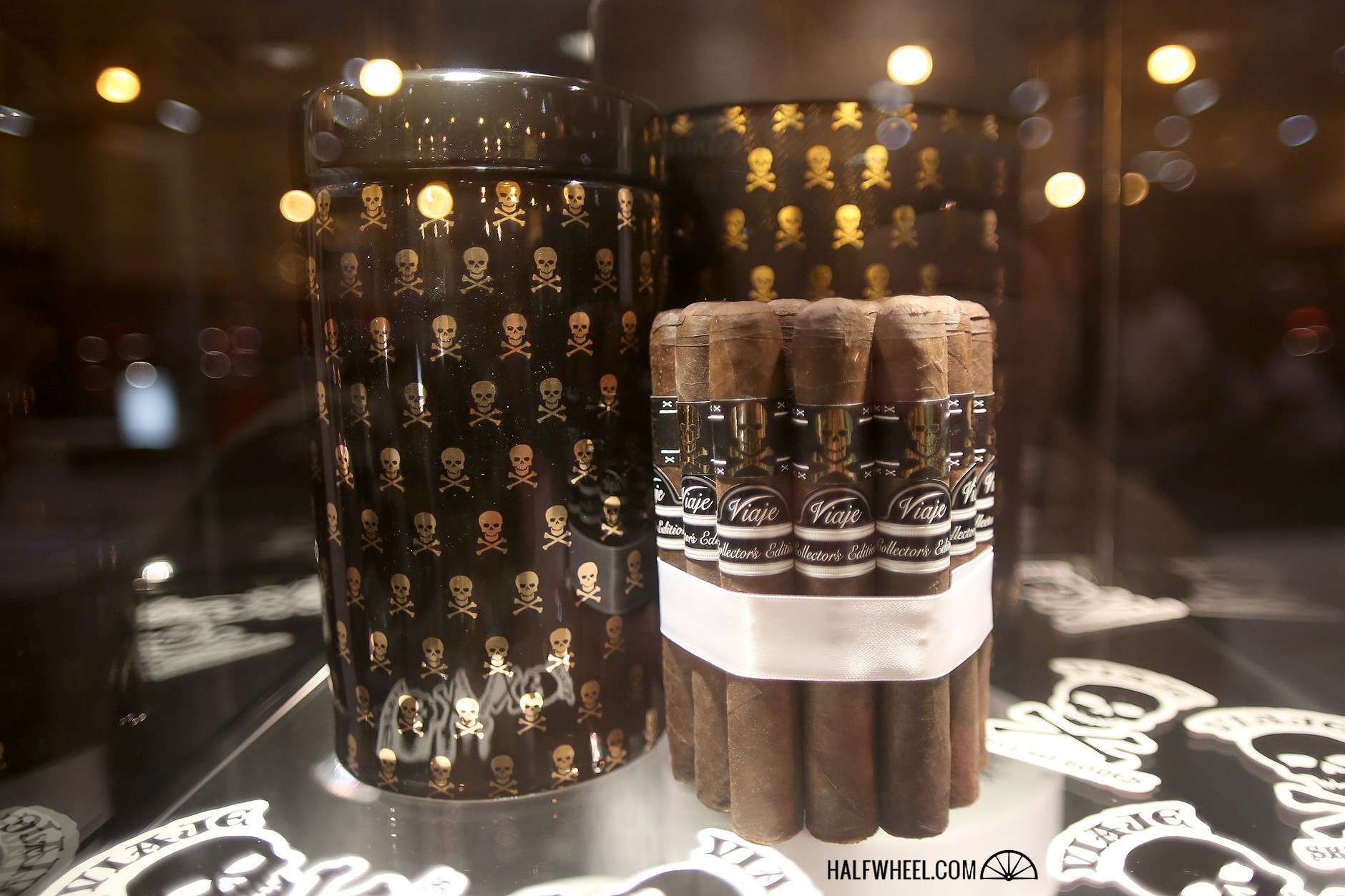 Viaje will also be releasing a more limited version of the Skull and Bones Ten Ton Tess jar with a gold on black color scheme. While the size will remain 6 x 54 and no blend information has been released, there will only be 100 jars of 19 released, and it will not have a specific MSRP attached to it. 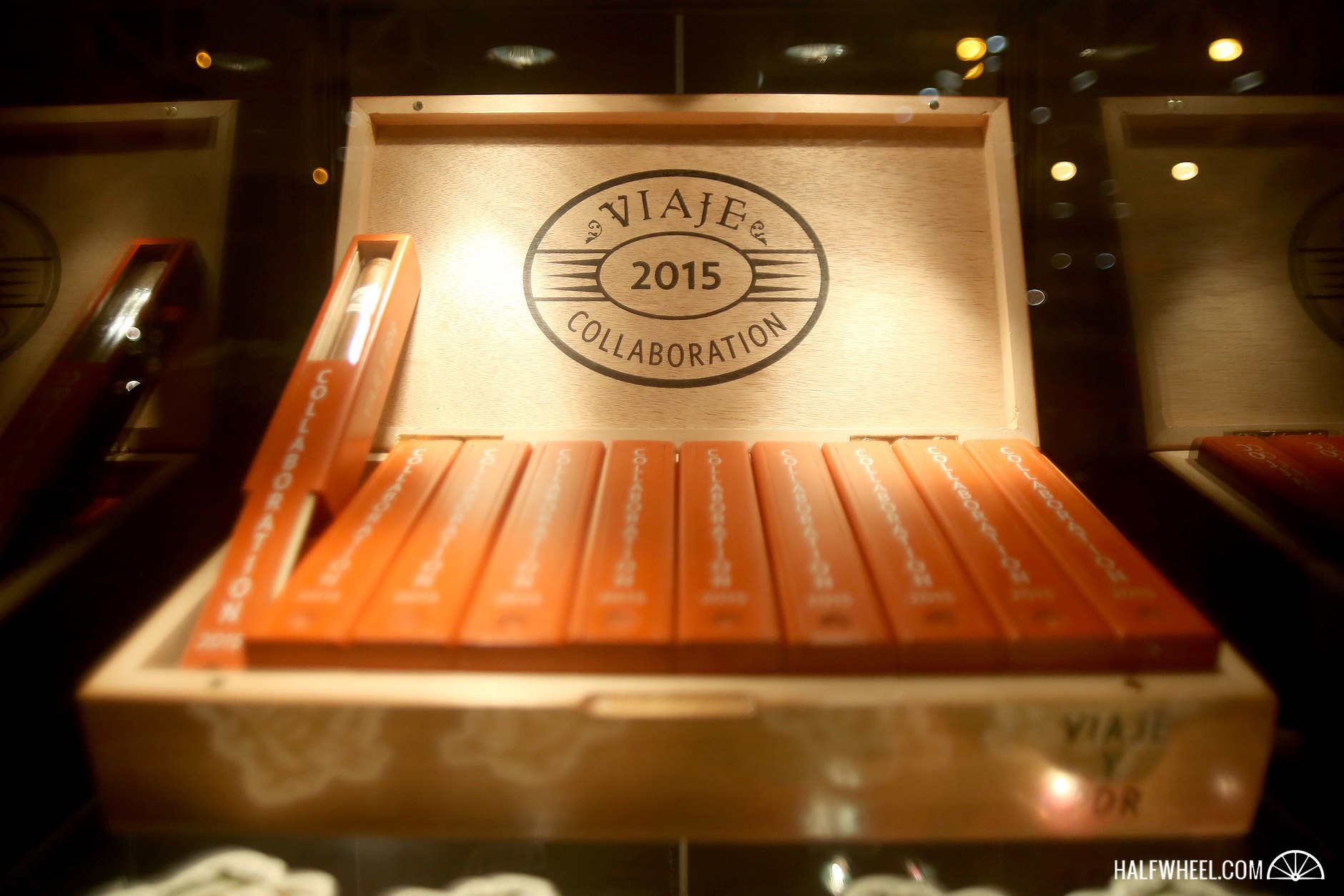 Viaje Collaboration 2015
In addition to the three versions of Skull and Bones Ten Ton Tess, Viaje will be releasing a second incarnation in its Collaboration line, this time with PDR Cigars. The newest version is a 6 x 52 toro made up of an Ecuadorian Havana wrapper, two binders from the Dominican Republic and filler tobaccos from the Dominican Republic and Nicaragua. 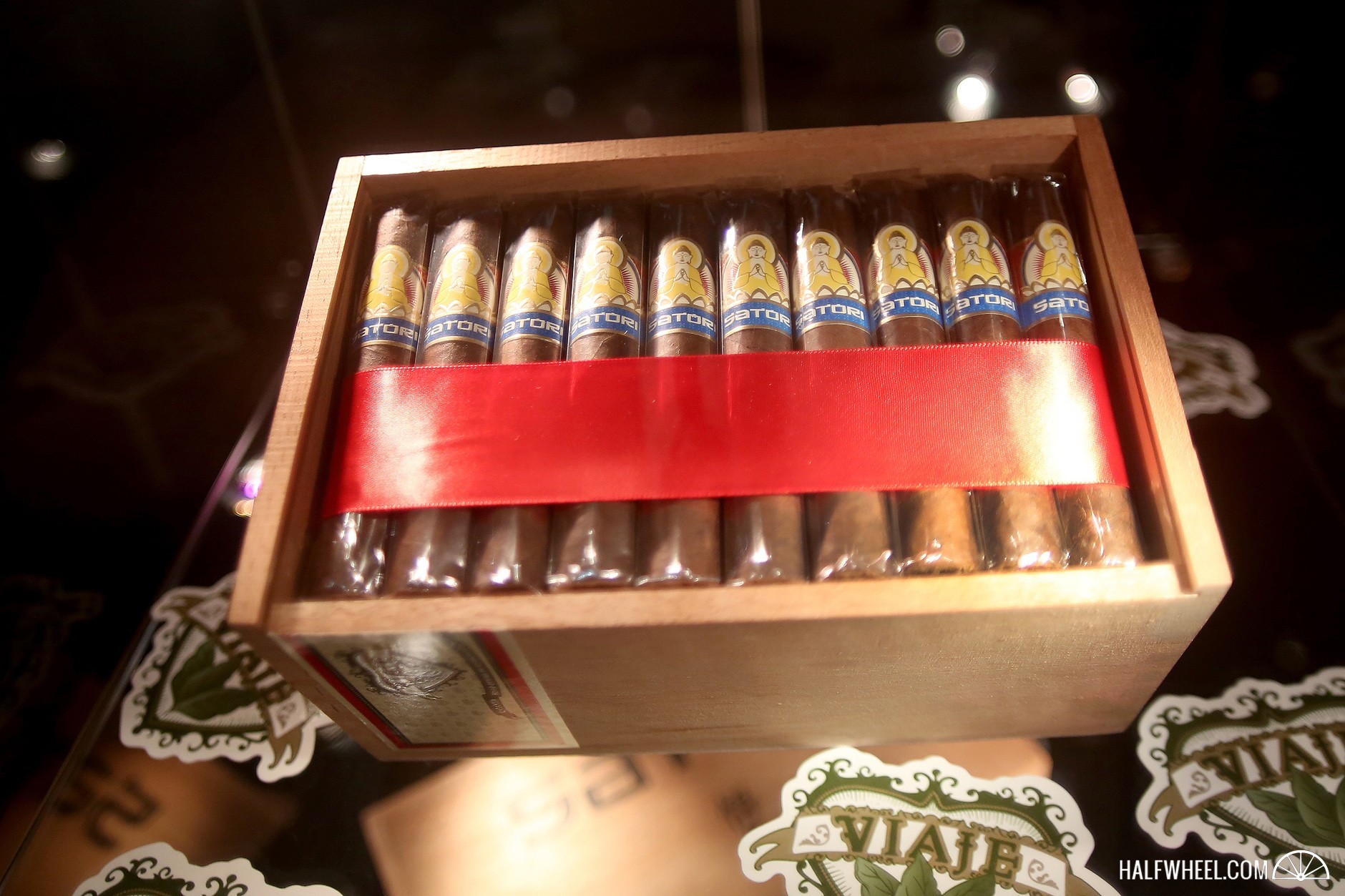 Viaje Satori 2015
As has been the case each year, Viaje also showed off Satori, although the blend is now being produced at  TABSA factory in Nicaragua instead of Fábrica de Tabacos Raíces Cubanas S. de R.L. where it was made in the past. Each of the four vitolas will have a total of 100 boxes of 25 produced except for the 4 1/2 x 48 Arya, which is sold in 50- count boxes.
Davidoff is the official sponsor of halfwheel's coverage of the 2015 IPCPR Convention & Trade Show.
Andre Farkas PDR Cigars TABSA Viaje Viaje Collaboration 2015 Viaje Satori 2015 Viaje Skull and Bones Ten Ton Tess