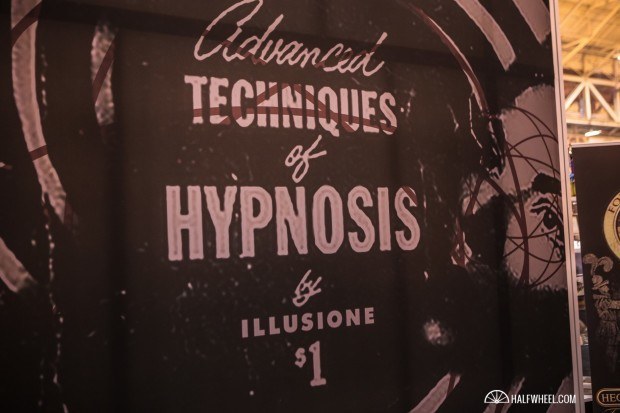 There are definitively singular booths containing multiple exhibitors that are easy to identify than the Casa Fernández/Foundation/Illusione space, but all three companies are there and even at a slower time of the day, it seemed like there was still decent traffic to the booth. For Illusione, There was much larger and bolder branding, including a gigantic Iluminati eye that looked straight at one of the main walkways outside the booth. And of course, there were a few new cigars, but just a few. ~33~
There’s a new addition to the Original Documents, the name given to Illusione’s core line. It’s once again a number, this time ~33~ and this time shaped as a play on a ninfa at 6 1/4 x 32. The ultra-thin size should begin shipping in late August according to founder Dion Giolito. Suggested retail pricing is $6.95 per cigar or $97.30 per box.

The cigar is replacing the now discontinued Illusione ~23~, a culebra. 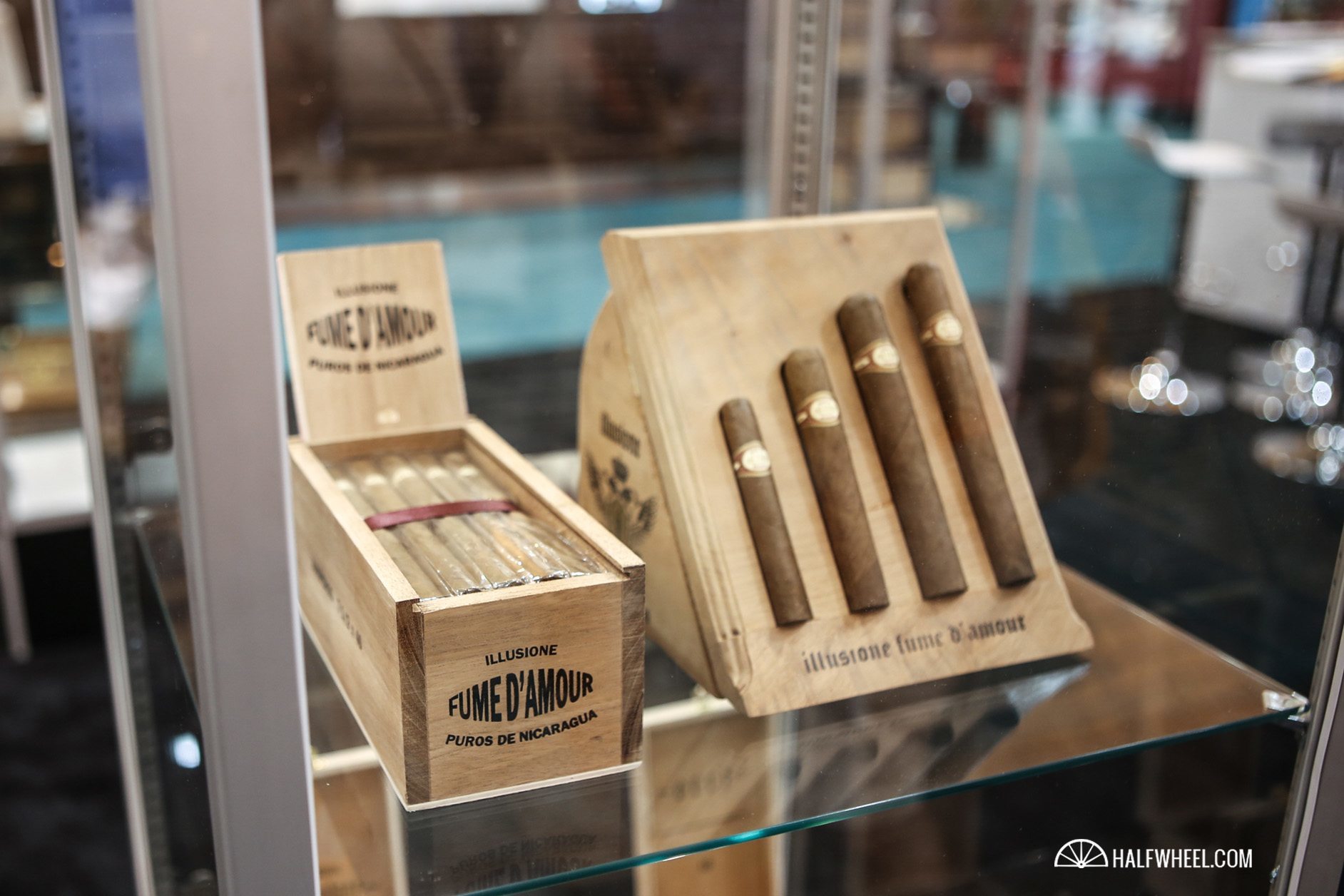 Fume D’Amour Juniperos
The new line from last year is getting an addition, a 7 1/2 x 40 lancero. The size is called Juniperos and like three of the other four sizes, it will be sold in boxes of 25. Pricing is same as the Clementes size: $9.50 per cigar or $237.50 per box. Fume D’Amour is a Nicaraguan puro made only of seco and viso primings.

Like the ~33~, it is expected to begin shipping next month. 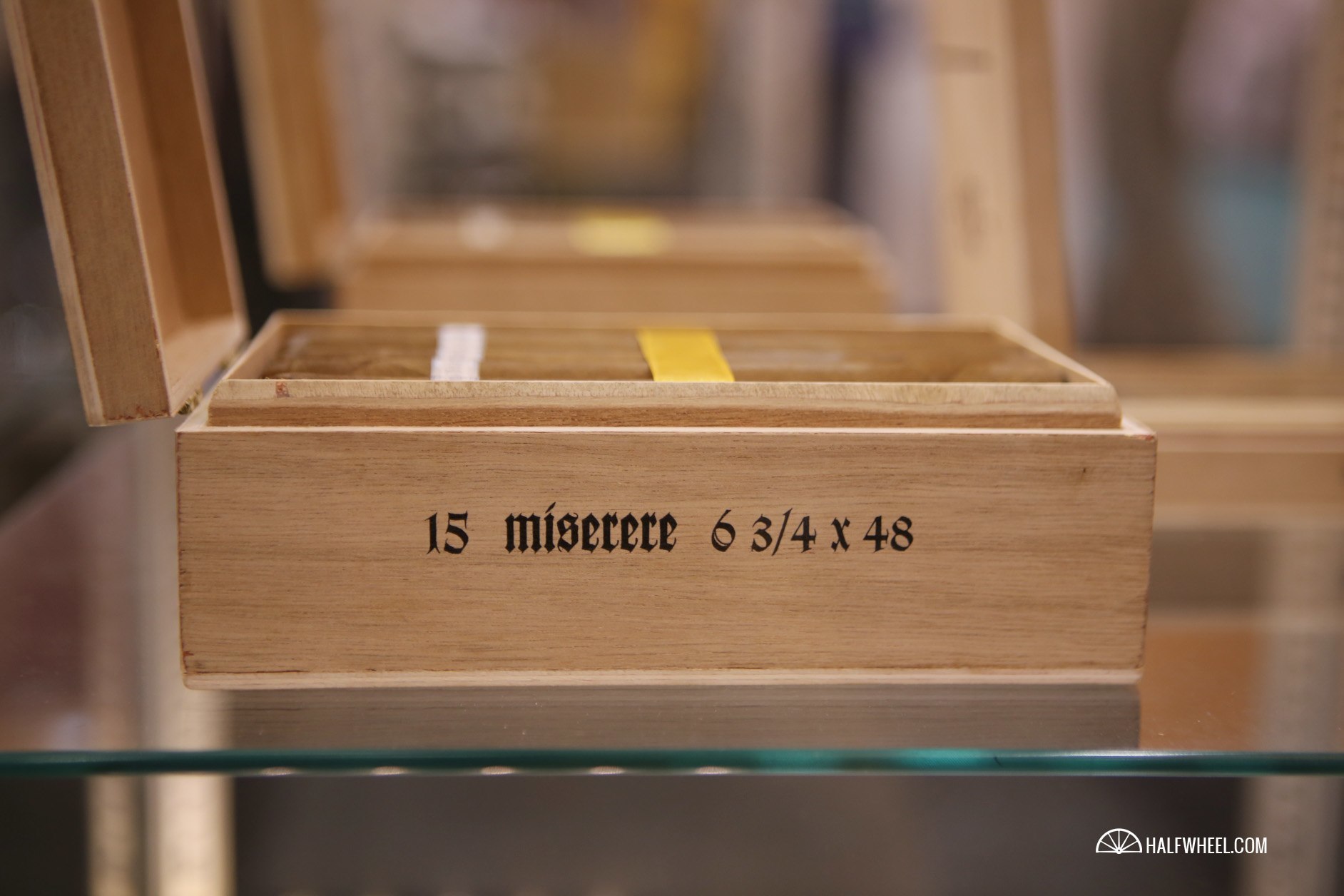 Singularé 2015 Misere
The annual Illusione limited edition is back, but this time, there will be a lot less Singularé. According to Giolito, some of the tobaccos being used are rather limited, meaning he expects to make between 900-1,200 boxes of 15, compared to 2,000 boxes last year. The size is 6 3/4 x 48 and the blend descriptions are listed as roughly the same: Nicaraguan corojo wrapper that is used on the Epernay and criollo 98 and corojo 99 fillers from Estelí and Jalapa. Illusione 10 Years
The good news, if you didn’t like the booth in current form, it’s not here to stay. Giolito said because next year is the 10th anniversary of the company, he will be doing something “different.” As for any new products to commemorate the event, he didn’t have much of a response one way or the other.

On a side note, a few hundred boxes of ~eccj~ 20th were available for sale. Giolito said he purposely stashed a small amount of boxes and decided to bring them to the show.

All of the new Illusione additions are being produced at Tabacos Valle de Jalapa S.A. (TABSA).