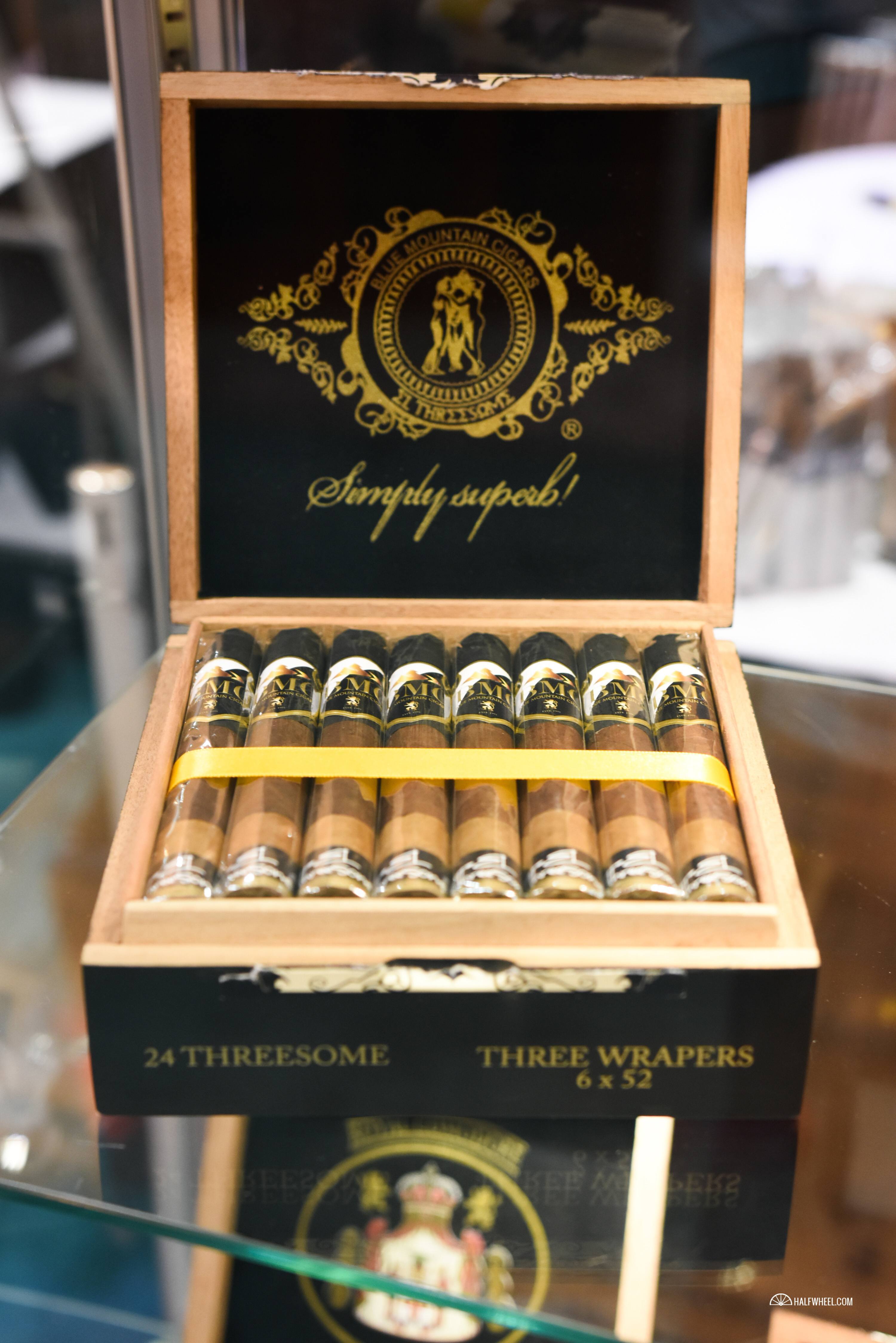 Pure White
The actual new product is Pure White. Dipped in Hennessy Cognac, the Habano wrapped Nicaraguan puro will come in boxes of 25 and should be shipping in August. “Limited Edition” 2015
Lastly, what they didn’t have on display – or actually much information about at all – is a limited edition cigar that should be ready in about a month. No blend, box count, price or size information was given, and the sample they had didn’t actually have a finalized band on it. Press releases should be coming out soon, but until then it’s somewhat of a secret it seems.