The accessory maker had cigar smokers’ mouths watering with the pre-show announcement of a humidor that it had worked with Daniel Marshall to create, and when seen it person it only became that much more coveted. Beyond that, the company announced other new products, some new looks for existing products and several options in its Firebird line that are geared towards the cost-conscious cigar smoker. First up: Quasar. The Colibri-designed, Daniel Marshall-built humidor is a stunner in person, though this isn’t the final version as the company decided to go with a matte black finish as opposed to the high-gloss option that was on display. Between fingerprints, dust and other distractions, the consensus was that a matte finish would work better. Either way, it’s a stunner. Only 100 units are being produced with at least 50 set for the U.S. market though that number could be increased depending on demand, but as of now there won’t be more total units created. It’s listed as having a capacity of 125 cigars, but as we all know that will vary based on what sizes of cigars you put in it. MSRP is $1,250 and the first ones should begin heading to retail by October. On the lighter side, the new Astoria is basically the Stealth 3 in a new body style that can be used at elevations up to 14,000 feet while also packing a guillotine cutter. It’s $150 and comes in rose gold, polished chrome, black and gunmetal. The Colibri Enterprise is a tabletop lighter that features a single, industrial strength flame as well as two punch cuts. The company says that on a full tank, it will burn for an hour without any damage to the unit. MSRP is $150. The Colibri Cut is getting colored blades for those who want to cut their cigars in style. There are six options, including white on white, black on black, and then blue, red, yellow and orange, all on a black body. To achieve the process and make sure the color doesn’t scratch, the cut is a bit steeper and sharper, while the units are moving to a rubberized body. MSRP is $39.99. The Stealth 3 lighter will soon be available in rose gold and chrome finishes, while the Monza is also getting some new looks in the near future.

For the company’s Firebird line, it introduced a number of accessories that reinforce its position as being a value-oriented accessory line, and all of the new items shown at IPCPR–and as such featured below–come with an MSRP of $9.99.

The Afterburner lighter is a triple-flame unit with a clear tank and oversized flame adjustment wheel that is effectively the entire bottom of the unit. The Sidewinder is a single jet lighter with an angled flame, flip-top lid and a fuel window, something the company is proud to be able to offer in a value lighter. It’s available in four finishes. The Fury lighter is a single jet lighter that features a skull and crossbones logo on the front and is available in three finishes. 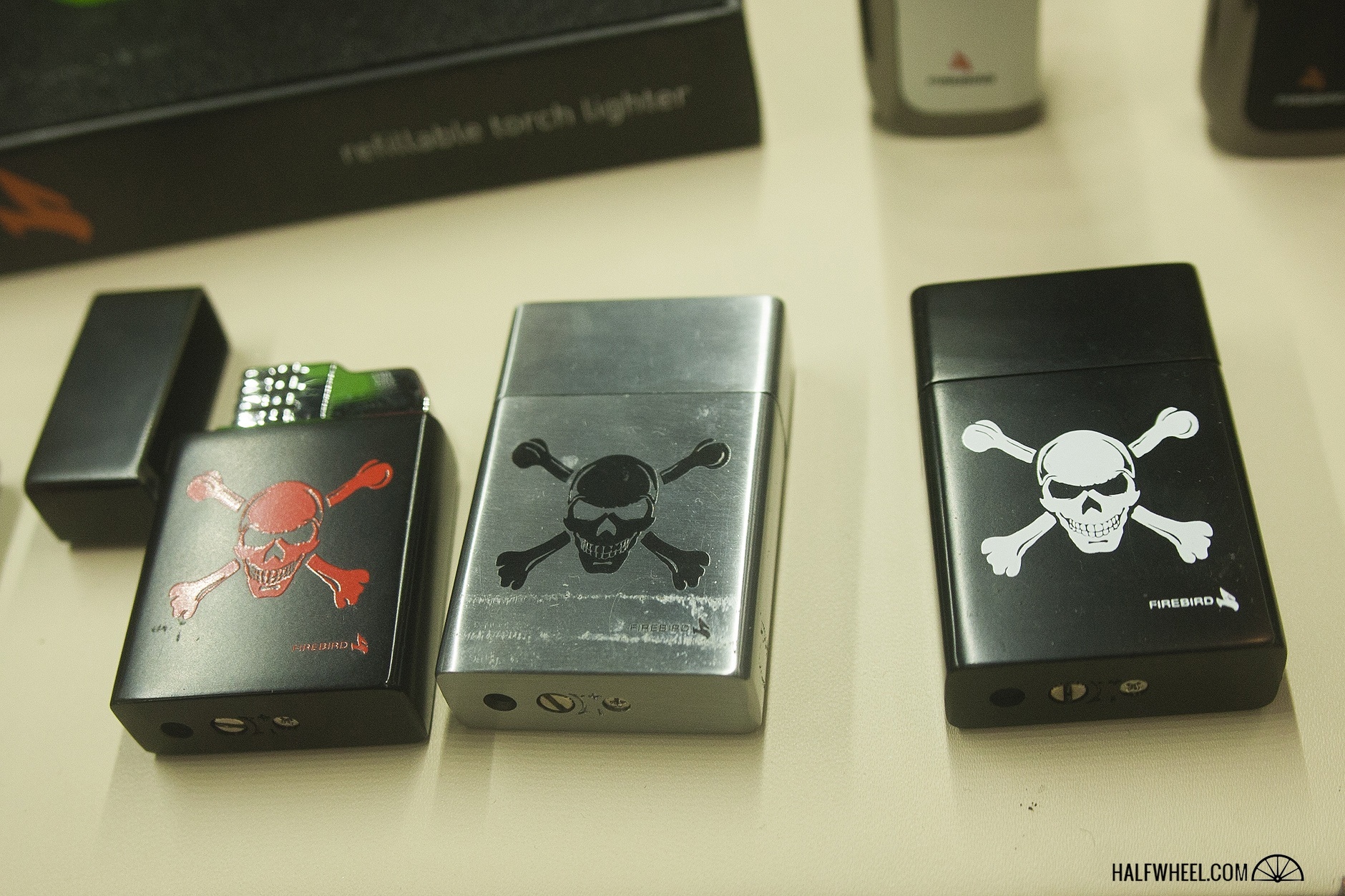 The Nighthawk is a double guillotine cutter perfect for any situation where you want a nicer cutter without having to put out the extra money.