We said that Royal Gold was the most interesting thing going into IPCPR 2013, that probably wasn’t the case given the uproar over Sindicato. That being said, the largest cigar maker in the world was at the IPCPR trade show with premium cigars, which cannot be taken lightly. It didn’t seem like an abundance of retailers that we spoke to were planning on taking in the cigars, but then again the booth was so busy we didn’t even get to sit down with Alex Goldman, who is heading up Royal Gold for Swisher International. Casino Gold HRS
There are five vitolas of Casino Gold made by Plasencia in Honduras. It’s a Nicaraguan wrapper over Nicaraguan fillers and a Cameroon binder.

Gold Strike
Must have missed this one. We are told you will see this in 5,000 or so convenience stores in the coming weeks. Kismet
Made at Augusto Reyes’s Corporación Cigar Export factory in the Dominican Republic, Kismet is supposed to launch alongside Casino Gold HRS. It’s a Dominican puro with pricing in the $7.00-$8.00 range. 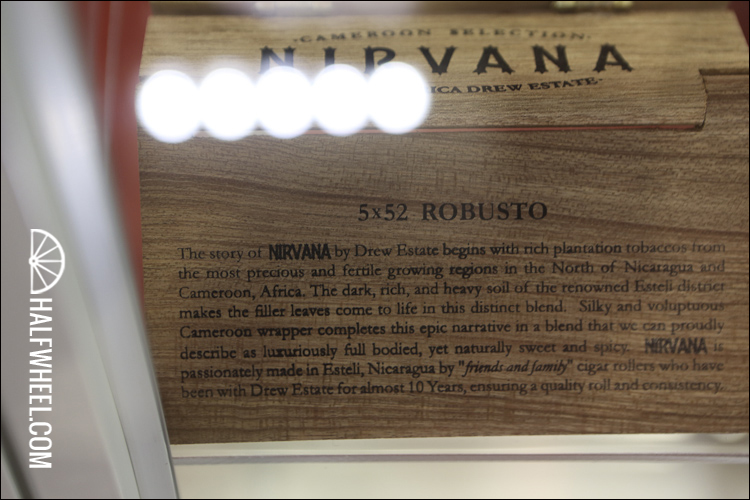 Nirvana
My understanding is this is officially official. Made by Drew Estate and coming later in the year.

Alex Goldman
Since the show, a news story surfaced indicating that Goldman, president of Royal Gold, had assets seized in what seems to be an investigation related to his former businesses. Sources told halfwheel about the investigation in early June, something corroborated by the report. Goldman was at 2013 trade show.