The last time we were in Las Vegas for the largest cigar trade show, AKA Cigars was without a booth. Two years later, the company not only had a booth, but a sizable one at that, no doubt helped by the company’s design and their unique placement, which made the AKA booth feel gigantic. 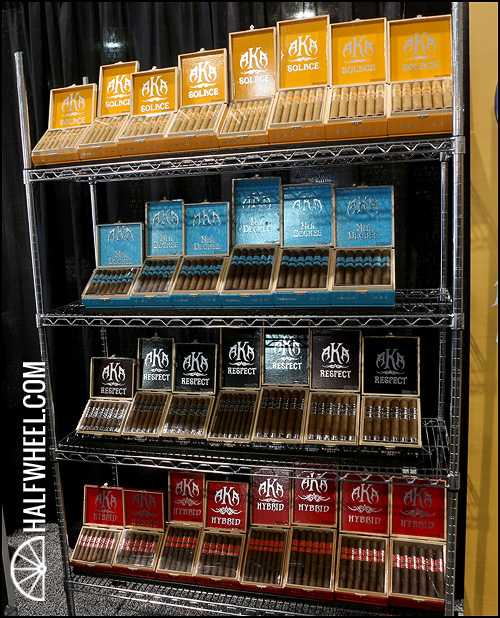 The Booth
By the time we stopped by, it was day four and things had quieted down, although we are told that was far from how the show normally went. The award for simplest explanation of SKUs goes to AKA: all the offerings on one rack. Easy to understand and easy to visualize, in case you were interested in bringing in the entire AKA portfolio. 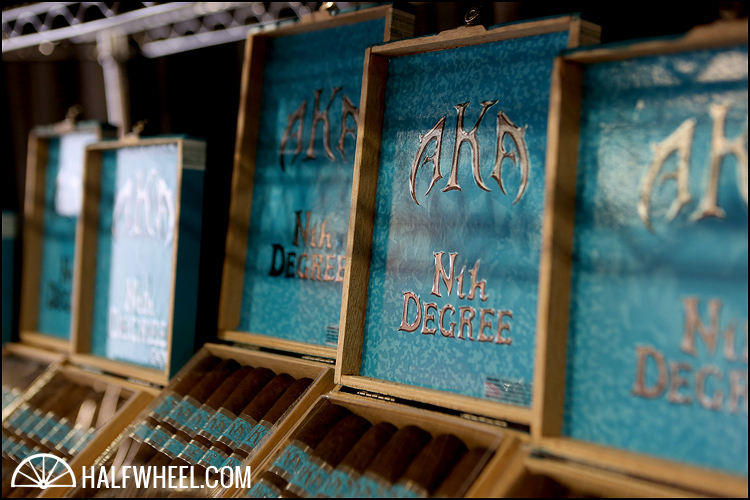 Nth Degree
The company’s Maduro debuted at the 2013 IPCPR trade show. Once talked about as a strong cigar, it’s now being marketed as an “old-school” Maduro. Teal was seen in a few booths, including at AKA. The line debuts in six sizes, all priced under $10.00. 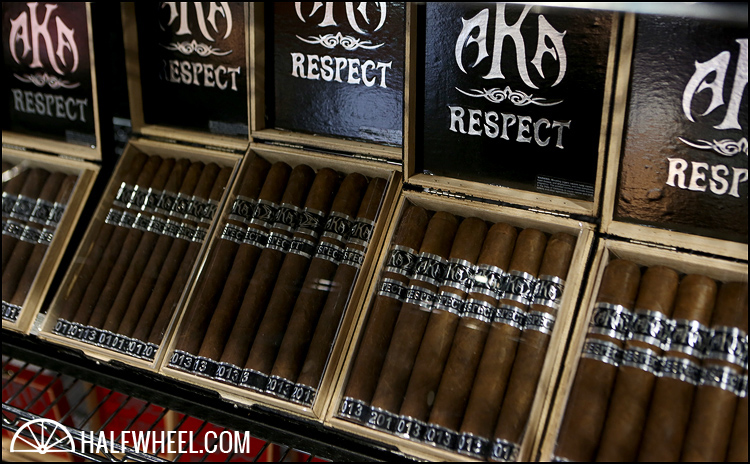 Respect 2013
Say hello to footbands. The new Respect blend debuted sans Rothchildes. The concept of introducing a core line with a limited shelf life is interesting, but you have to respect the honesty.