No surprises, I mean… literally no surprises. All of LFD’s newest releases were known a few weeks before, which isn’t exactly the style that Litto is known for. The LFD booth was a bit more laid back than I would have thought, but it was a nice atmosphere. The star for La Flor? The humidor rendition of the Air Bender Maduro. Info on Casa de Tabaco and a few other things, including some confusion about the upcoming Small Batch No. 4. 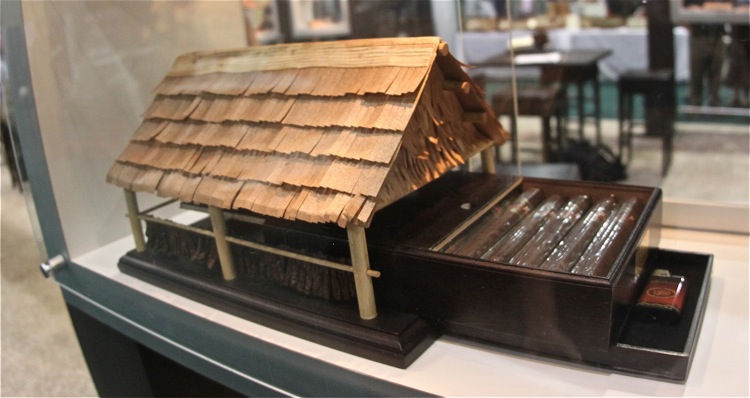 Casa de Tabaco
As far as I’m aware, there wasn’t a decision made on production numbers, which Litto had previously said was subject to sales at the show. Whatever the case, it got attention before and after the show, although I’m not really sure an Airbender Maduro needed much help. Colorado Oscuro
The link above has the details you want… and no, I’m not sure how you make a red black.

The Culebras
As was stated before, nothing new, but these are always a fun release.

Diademas Duo
The newest LFD releases seem to have caught on. The price point and packaging might have been the key here.

Digger
I was given a Natural version of the Digger, it’s not really anything beyond what you’d expect, at least in appearance. While retailers might like the original batch, which sold quite easily, it’s clear that most the industry on the manufacturing size has labeled this release as a gimmick. There are two types of cigars: ones that sell, and ones that don’t sell; time will tell.

Small Batch No. 4
I was told that Litto Gomez Diez Small Batch No. 4 wouldn’t likely ship until early 2012 directly, but according to others, La Flor told their reps (who subsequently told retail customers) that it would be around November, the original date I suggested. Whatever the case, not much is known, but no one at La Flor is willing to say that it won’t be Pelo de Oro. — el niño diablo.