Almost exactly one year ago, Grace Sotolongo of CLE Cigars announced the launch of her own company, Sotolongo Cigars, which is a partnership between her and Christian Eiroa of CLE. .

At the 2014 IPCPR trade show last week, the next brand was shown off, Hechicera Maduro, which replaces the original Nicaraguan wrapper on the Hechicera with a maduro San Andrés from Mexico. As with the original Hechicera, Cuban-born artist Ninoska Pérez Castellón has designed the artwork for the boxes and the blend will be released in the same four vitolas. Prices for the regular release cigar will range from $6.45 to $9.45 and they will be sold in 10-count boxes presumably starting sometime in August.

The Hechicera Maduro will be released in the same four vitolas as the Hechicera: 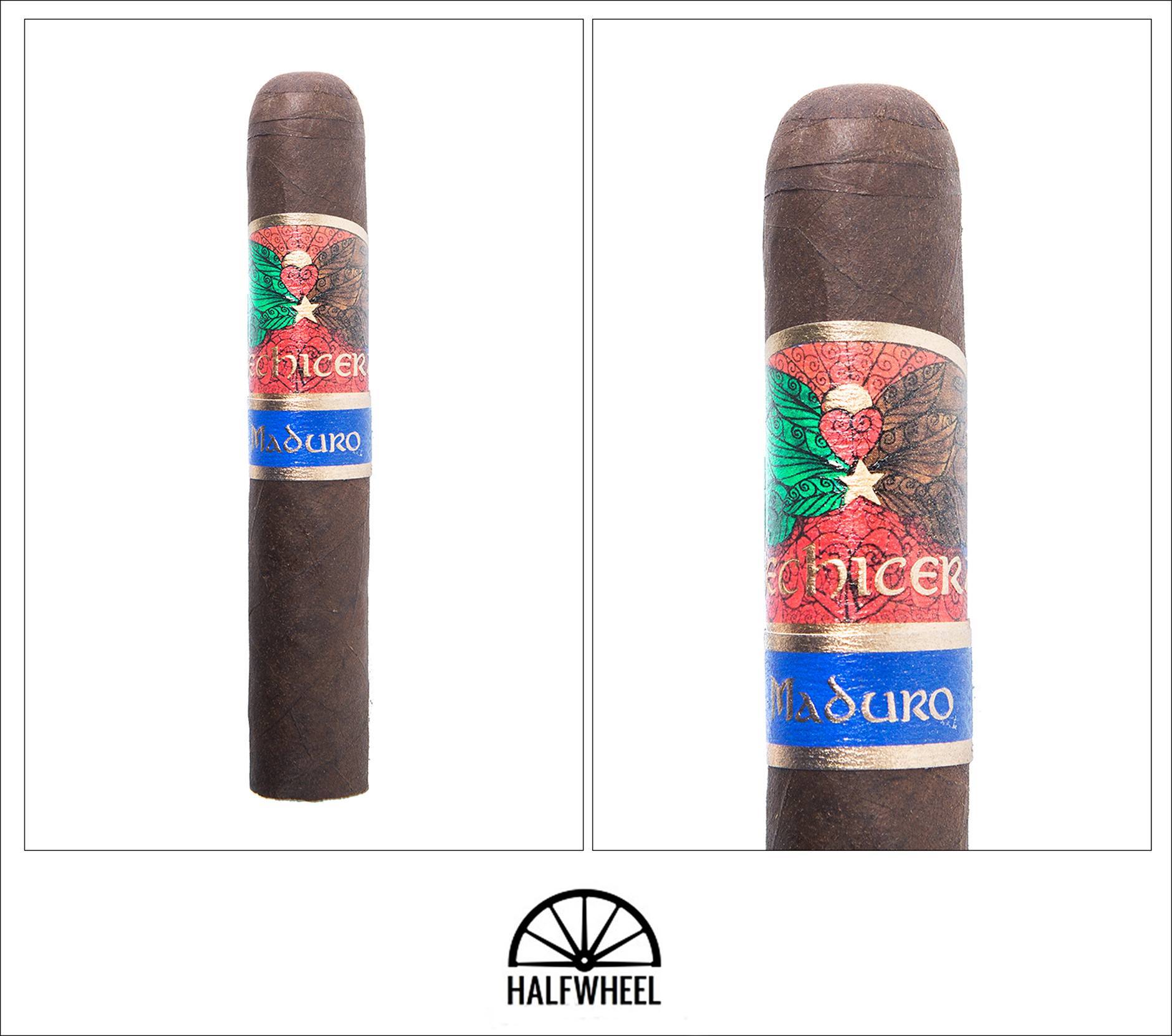 The Hechicera Maduro is covered in a extremely dark espresso brown wrapper that is slick with oil, but also has some tooth to the wrapper when you run your finger down the length of it. There is a very slight box-press evident and it is just a tad spongy when squeezed. Aroma from the wrapper is a combination of strong barnyard, leather, manure and pepper while the cold draw brings flavors of oak and dark chocolate.

Starting out, the Hechicera Maduro has some strong flavors of aged oak, leather, gritty earth, barnyard and dark chocolate. The profile is noticeably creamy overall and there is a nice black pepper on the retrohale that seems to be getting stronger as the first third continues. There is not even a hint of sweetness that I can detect as of yet, but smoke production is impressive. Both the burn and draw are excellent so far, with the razor sharp burn being the standout. Strength-wise, the Hechicera Maduro comes close to the medium mark by the end of the first third, but does not make it over. 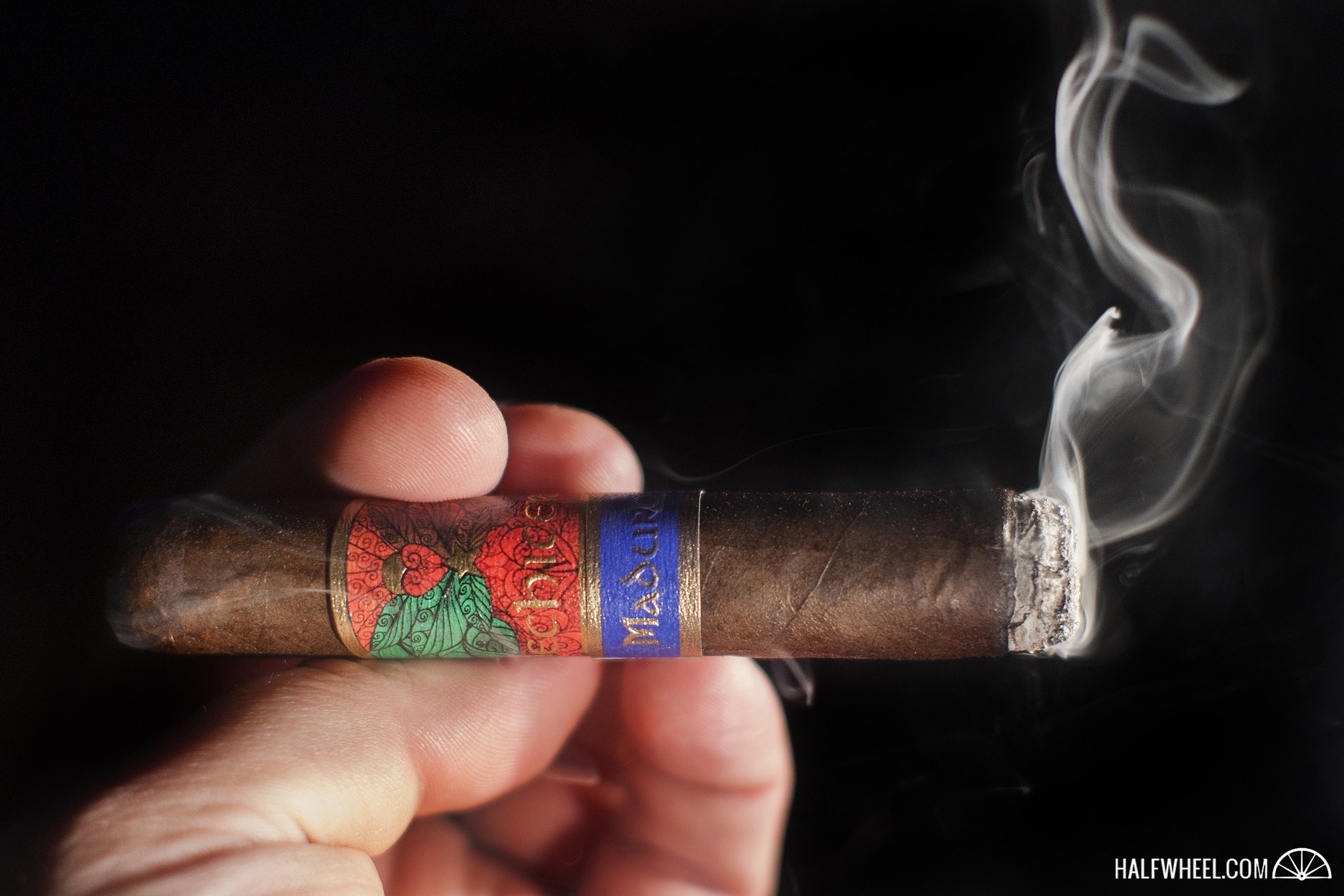 There is not much change in the main flavors of the profile during the second third of the Hechicera Maduro, with the same creamy oak and earth dominant, along with dark cocoa, barnyard, leather and some slight coffee. A nice but generic sweetness starts to become noticeable just past the halfway point, and seems to be getting stronger as the second third burns down. The black pepper note on the retrohale has decreased, but it still quite noticeable, but there is no spice at all that I can detect. The construction is still extremely impressive, with the burn line almost never wavering, and the smoke production has remained steady. The overall strength is still not going anywhere very quickly, but does hit a solid medium as the final third begins. 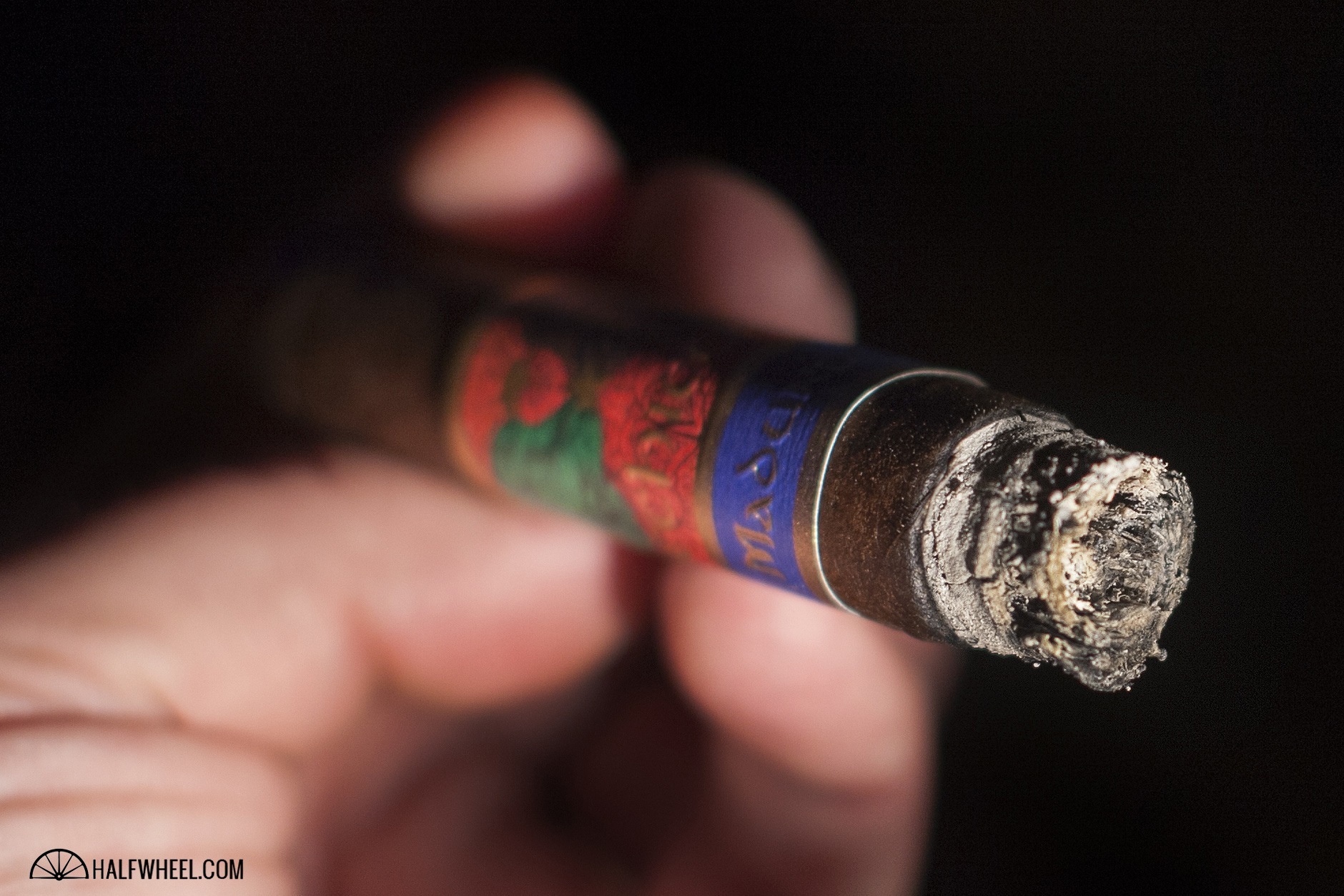 The sweetness in the profile continues to increase as the final third burns down, but it is still quite generic, and mostly relegated to the retrohale and the finish. The profile remains consistent with the first two thirds, with very little change in the dominant flavors of earth and oak, although the creaminess in the blend seems to be decreasing as the sweetness increases. Other flavors of dark cocoa, leather and bitter espresso flit in and out, as well as a black pepper that has steadied out. The strength has stalled at a solid medium and refuses to budge from that point, while the burn and draw continue to impress until the end of the cigar. 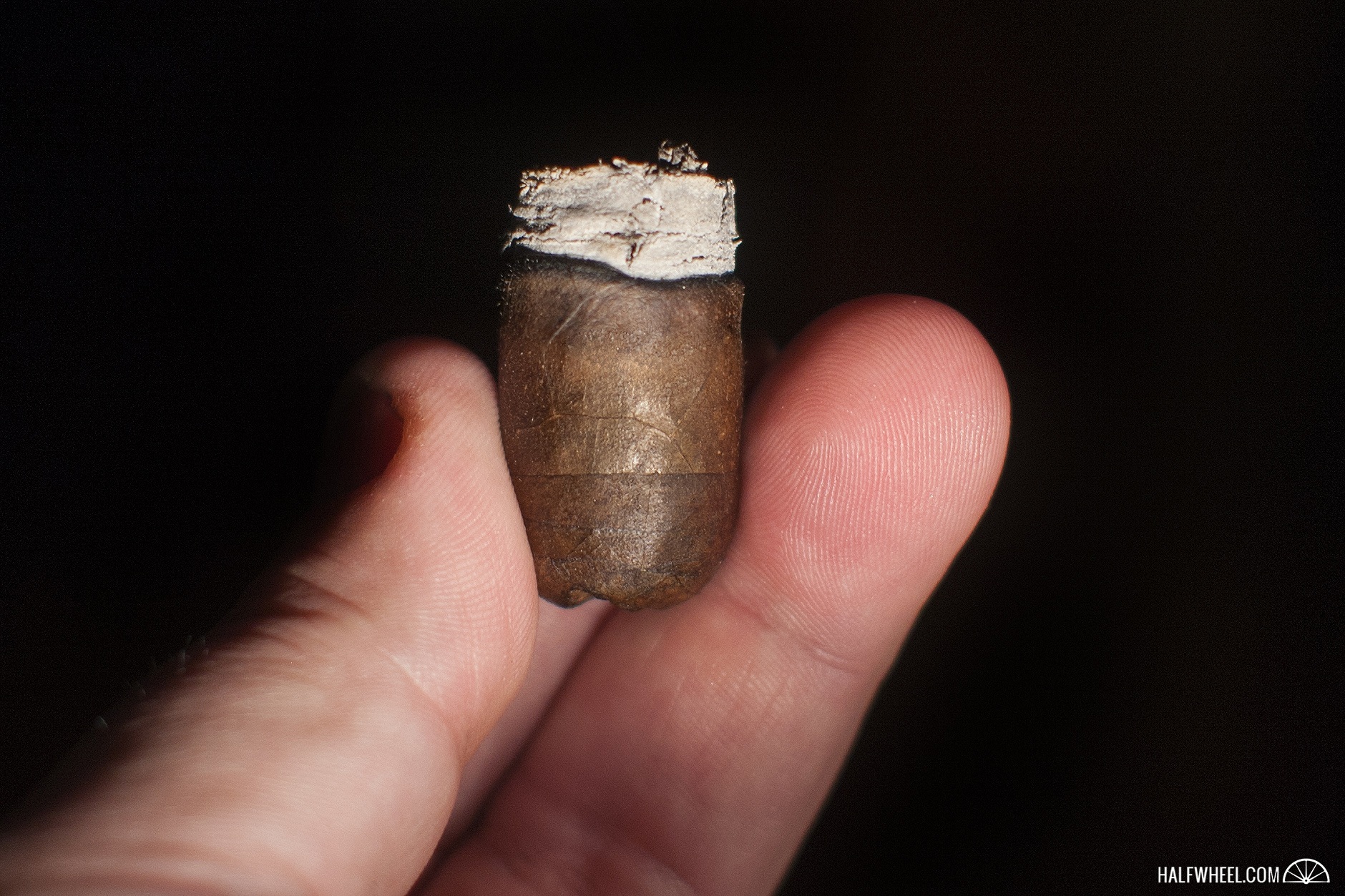 I liked the Hechiceras that I smoked last year, and was interested to see what a San Andrés wrapper would bring to the table. Ultimately, I found the overall profile of the Hechicera Maduro to be fairly bland and unexciting, albeit still quite smokable. A mix of creamy oak and earth dominate the profile for pretty much the entirety of the cigar, although there is a slight generic sweetness that becomes noticeable around the halfway point. One of the best parts about the cigar is the construction, which was phenomenal on each of the three samples I smoked. The original Hechicera is easily the better cigar of the two, but if you like San Andrés blends, the Hechicera Maduro is one you might want to try.