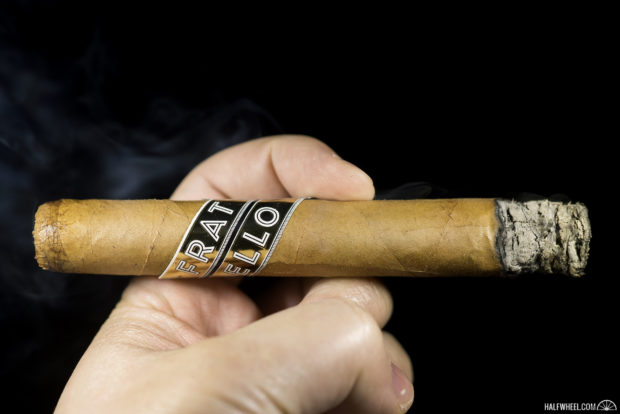 The choice of what cigar to smoke for this redux was quite simple: let’s find a cigar that isn’t going to take that long to smoke.

Unfortunately, it’s once again quite cold in Dallas, and while my patio heater keeps things fairly comfortable, just a bit of wind can quickly make it uncomfortable. As such, I went through a handful of relatively small cigars—all of which unfortunately weren’t eligible for a redux review for one reason or another—before ending up with a Fratello Oro Corona that I stumbled across in a random humidor.

The Fratello Oro, which translates as gold from Spanish, was introduced in 2016. It marked the first time Fratello had made a cigar at a factory other than Joya de Nicaragua. That honor went to La Aurora, the oldest cigar factory in Fratello founder Omar de Frias’ home country of the Dominican Republic.

It was also Fratello’s first Connecticut shade-wrapped cigar, using a wrapper from Ecuador over a Cameroon binder and fillers from the Dominican Republic and Nicaragua.

I don’t look at old reviews until after I finish smoking the cigar for a redux, but I do remember that I really enjoyed the Fratello Oro Corona and I wasn’t alone—the cigar ended up making our Top 25 in 2017.

Here’s what I said in my original review in April 2017:

I’ve never had a bad Fratello. But whether it be in lancero form or box-pressed, I’ve never had one that I would actively seek out. Until now. Much has been made about “new age Connecticuts”—but this isn’t that. It’s a nuanced, medium-full cigar with a blonde wrapper. I’ve not smoked any of the other sizes, but I don’t think I need to; the Oro Corona is a winner. End scene. 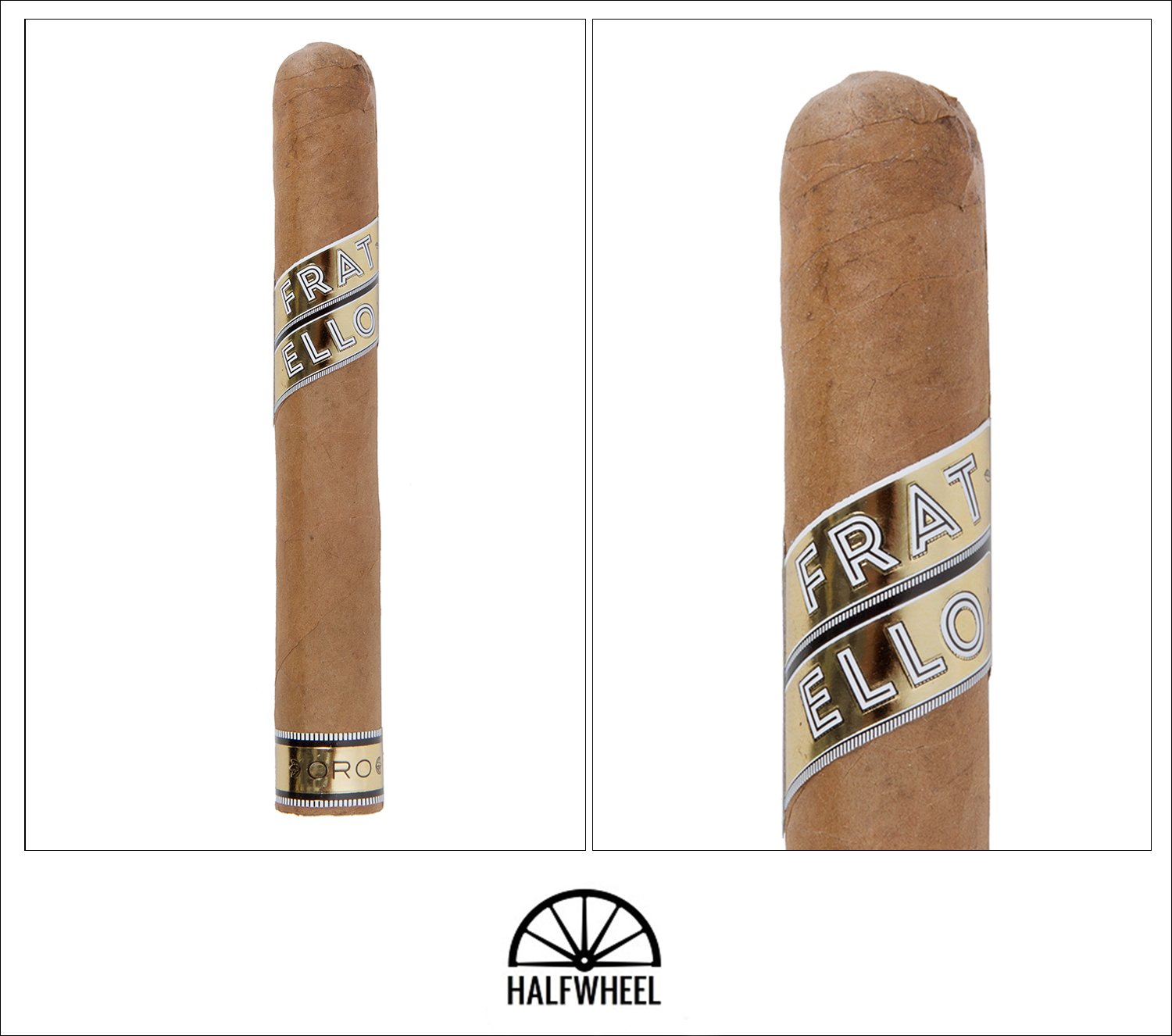 While this cigar might have made our Top 25 list, it wasn’t due to appearances. There are some rough edges around where the wrapper was cut with the chaveta, the leaf has a lot of veins, the cap isn’t in the best of shape and the foot band is stuck onto the wrapper. Once I tear off said band, the foot reveals a slight box-press. Furthermore, the center of the cigar is hard as a rock. The aroma off the wrapper has a lot of acidity and saltiness with maybe just a bit of orange juice, around medium-full. Smelling the foot is like sticking my nose into a jar of cocoa powder, not particularly sweet, along with some date flavor. The cold draw keeps the cocoa flavor, but it gets sweeter and ends up reminding me of a Yoo-hoo along with some raisin and a touch of acidity. 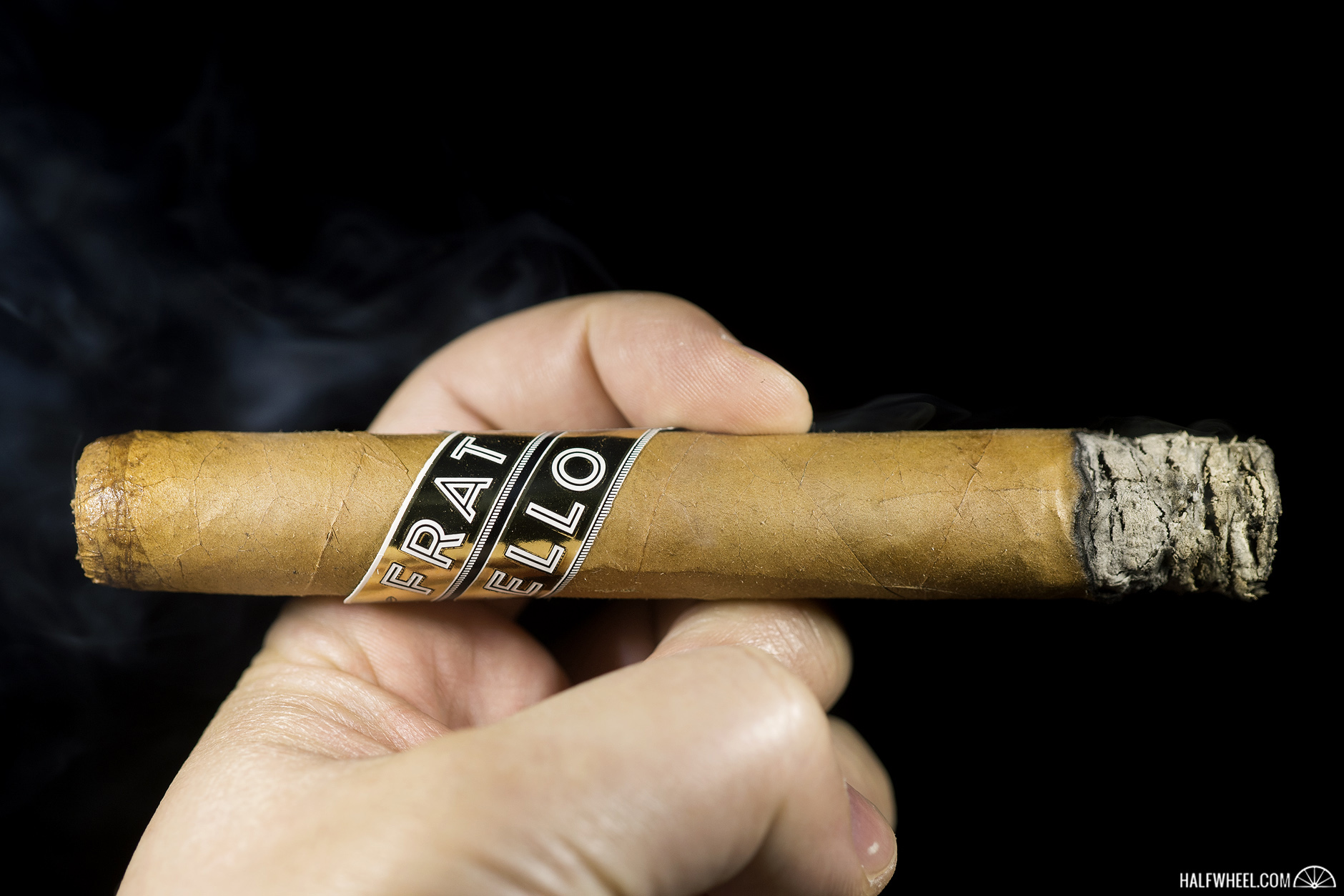 The Oro Corona begins with a lot of woodiness, some nuttiness, a bit of black pepper, a lot of heavy cream and some spices around the lips, around the medium-plus level. There’s not a lot as far as smoke production is concerned in the opening puffs, though eventually that gets rectified. What doesn’t get rectified is the burn rate, it’s painfully slow and has me reconsidering my choice of cigar given the 44 degree weather outside. Flavor-wise, it gets better with earthiness and creaminess leading the profile. Retrohales provide saltiness, creaminess, oranges, lemon and some pepper that last through the finish. Flavor ends the first third at medium-full, body is medium-plus and strength is medium.

Shortly before the midway point of the cigar, I realize that it’s much creamier, but also sharper. Once again, retrohales are really where the flavor shines: creaminess, a bread flavor that reminds me of a sesame bun, raspberry and lemon, though the latter is only on the sides of the tongue once the smoke leaves my nose. The finish has creaminess, some white pepper and at times a bit of a metallic flavor. The burn remains super slow for all of the second third, though with about two inches left the Oro finally seems like it wants to be smoked a bit faster. Flavor-wise, the final third is probably the best, with Nilla wafers, earthiness and then the creaminess. The very distinct lemon flavor remains, standing out largely due to how it hits the palate, producing a ton of salivation. Flavor picks up to full, while body and strength finish medium-plus. Despite the increased burn rate, I do have to make a touch up—my first of the cigar—with about an inch and a half remaining.

I don’t remember much about my original experience with the Fratello Oro Corona other than I liked the cigar a lot. Nearly two years later, I’m surprised by just how bold the flavor is and I wonder if I smoked this cigar for redux too soon. Every indication is that there’s not only plenty of life left in this Fratello Oro, but more so that there’s probably even more to be had. This remains, easily, my favorite Fratello to date and I just wish I would have saved more of them from the original release so I could continue telling you how this wonderful cigar ages.