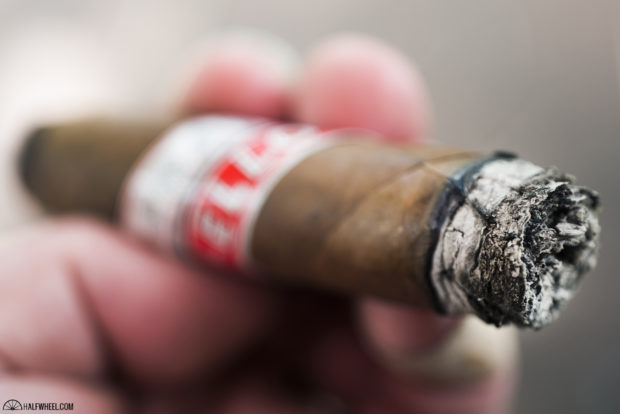 Cigars made for certain states, regions or even holidays are nothing new, and late in 2018 Fratello Cigars decided to release its own version in a series dubbed D.M.V, which is an abbreviation for Washington D.C./Maryland/Virginia.

Fratello’s headquarters is located in Northern Virginia, so it was no surprise when it was announced that the cigars in the series were being shipped exclusively to retailers in the aforementioned states of Maryland and Virginia, as well as the District of Columbia and Delaware. In addition, while the blend is the same—specifically, an Ecuadorian HVA wrapper covering an Ecuadorian Sumatra binder and filler tobaccos from the Dominican Republic, Nicaragua and the U.S.—each of the four vitolas are named for one of the three states and the District. Retailers in each of the states and the District are able to order any of the different blends, instead of being limited to just the one named for where they are located.

“The first retailer to carry my cigars was in Maryland, my launch event was in DC and Virginia is home to my business,” said owner Omar de Frias, in a press release. “This blend is my tribute to the DMV and to the retailers that helped put Fratello in the map.” 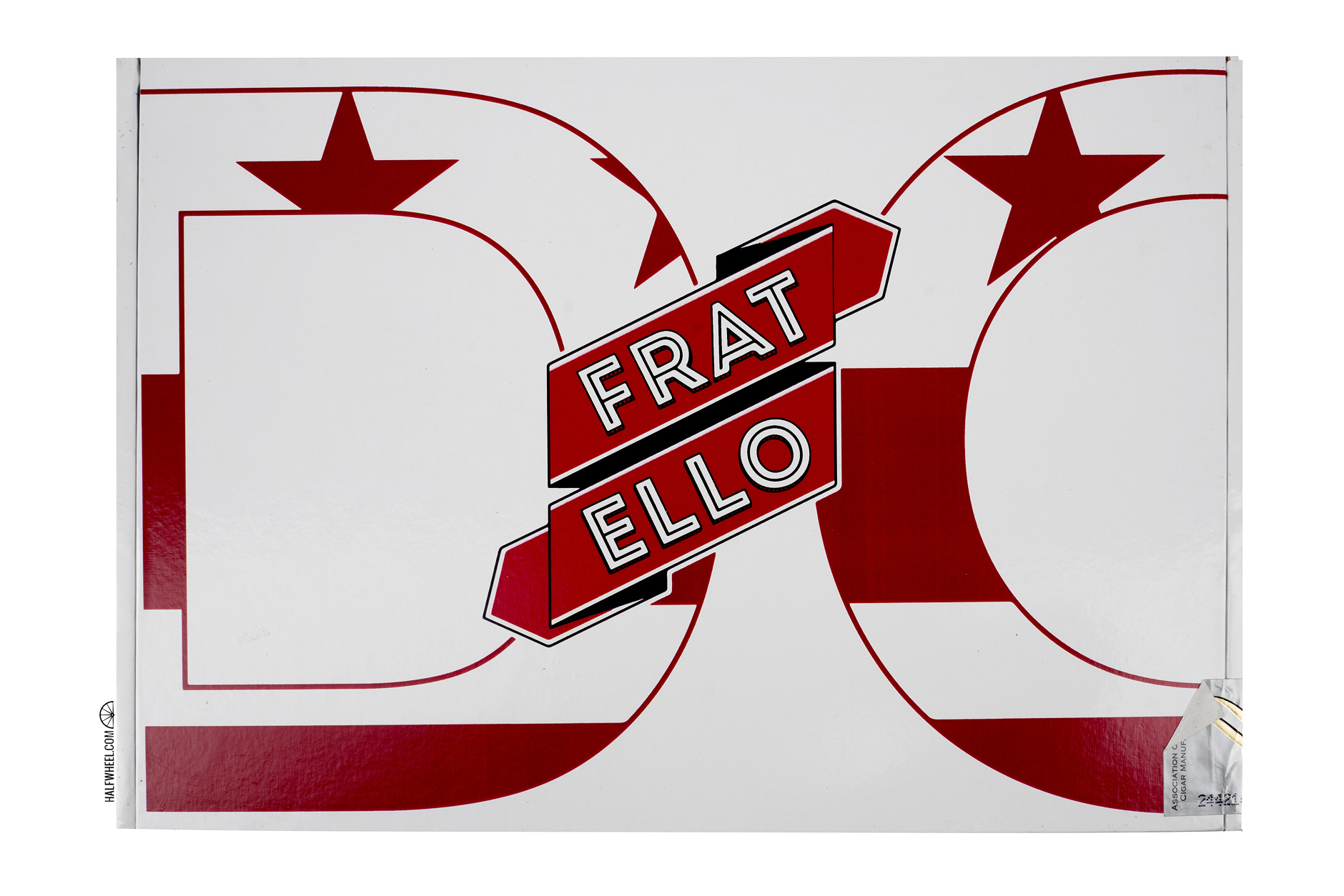 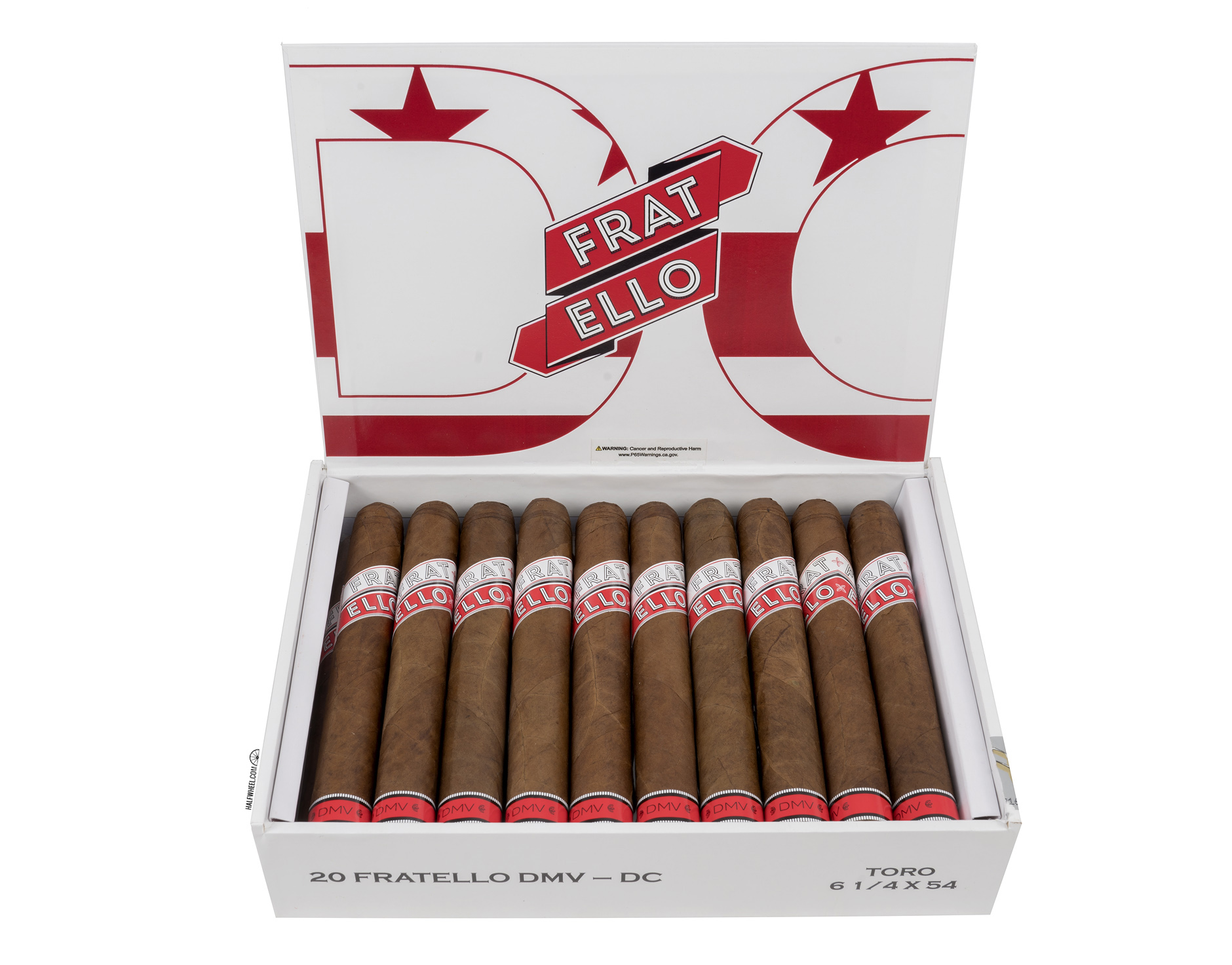 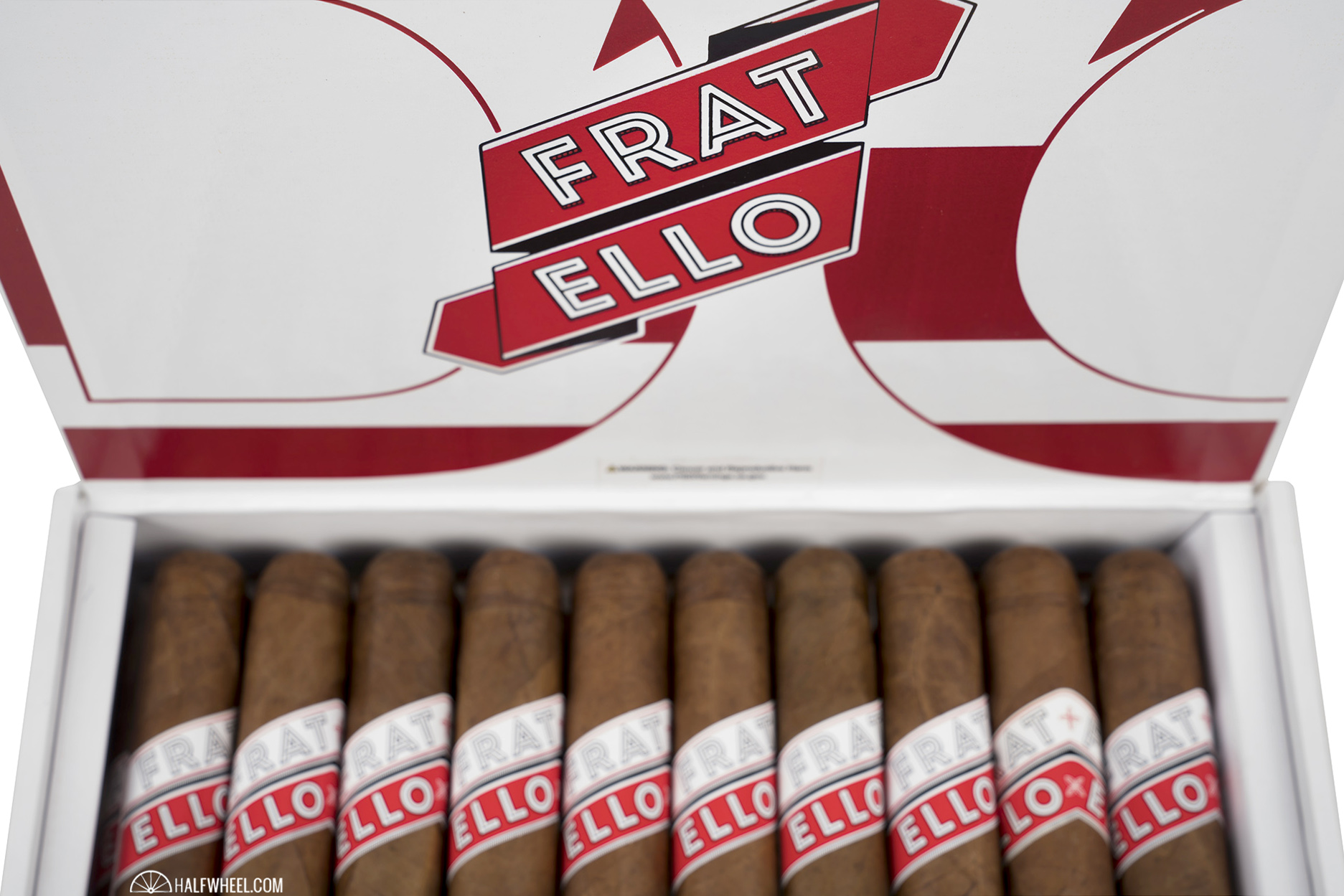 The 20-count boxes of each of the four releases feature packaging specific to its namesake state or district, and all of them are rolled at La Aurora Cigar Factory in the Dominican Republic. The cigars began shipping to retailers on Nov. 30, 2018. 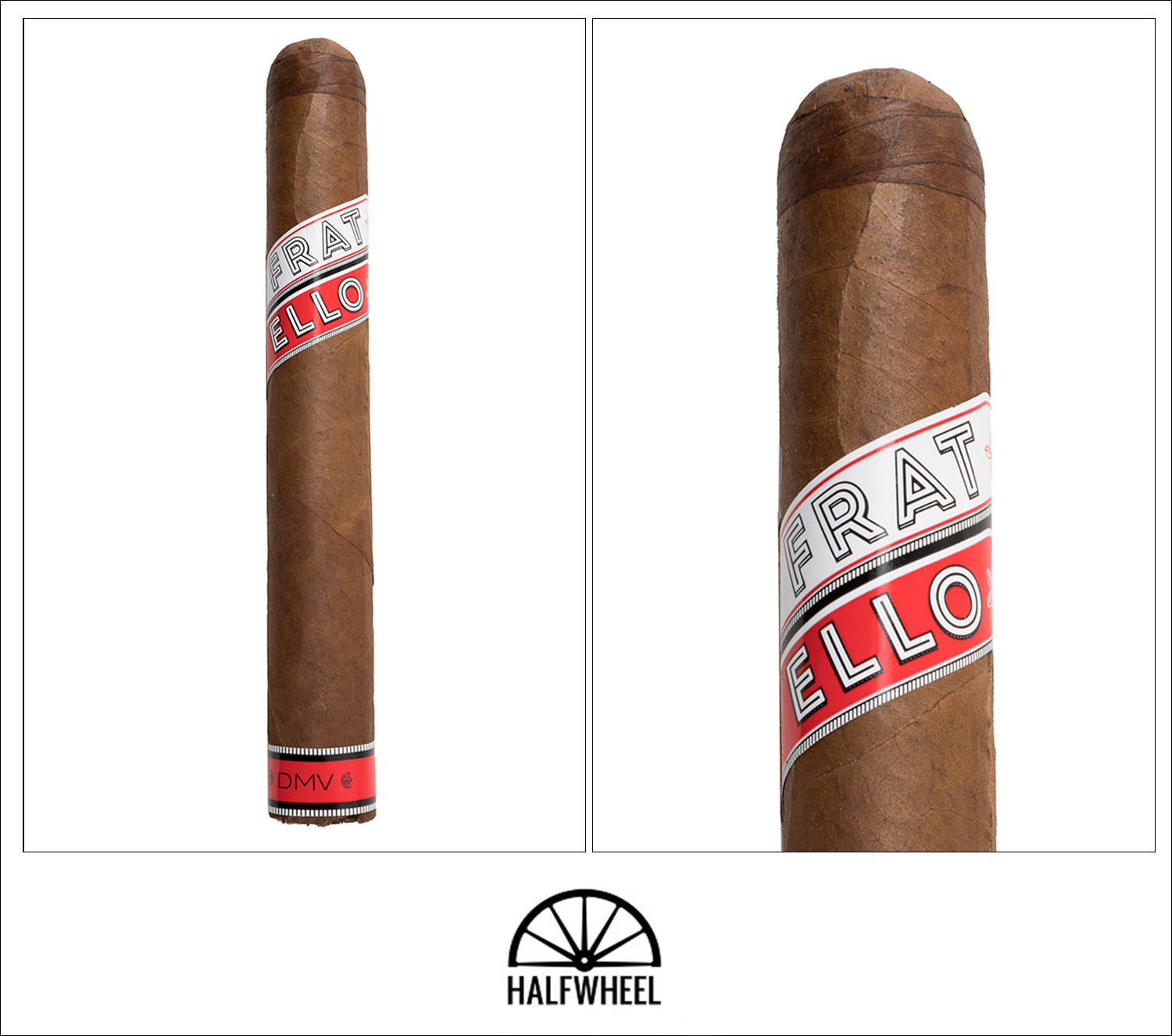 Covered in a medium cinnamon brown wrapper, the Fratello DMV DC features quite a bit of oil, which combined with the extremely smooth wrapper means that it is nearly slick to the touch. The cigar has a large and noticeable vein running from the foot to the band and it is nicely firm when squeezed. The aroma from the wrapper is a combination of an almost overwhelming dark cocoa powder, creamy oak, earth, peanuts and coffee beans, while the cold draw is almost totally different: rich raisin sweetness, oak, hay, anise, leather, black pepper and a touch of floral.

Starting out, the first third of the Fratello DMV DC features an enormous amount of two different flavors that dominate the palate: creamy oak and rich raisin sweetness. That is followed by lesser flavors of cocoa power, leather, bitter espresso beans, cocoa powder and a very small amount of floral pulled from the cold draw. While there is a bit of raisin on the retrohale as well, it is not nearly as strong a note as what is present on the palate, and it is joined by a small amount of white pepper and some slight spice on my tongue. Construction-wise, the draw is a bit spongier than I prefer after a simple straight cut, and the burn needs a quick touchup very soon after being lit. The smoke production is both copious and dense off of the foot, and although the overall strength slowly approaches the medium mark, it still has quite a way to go by the time the first third comes to an end. 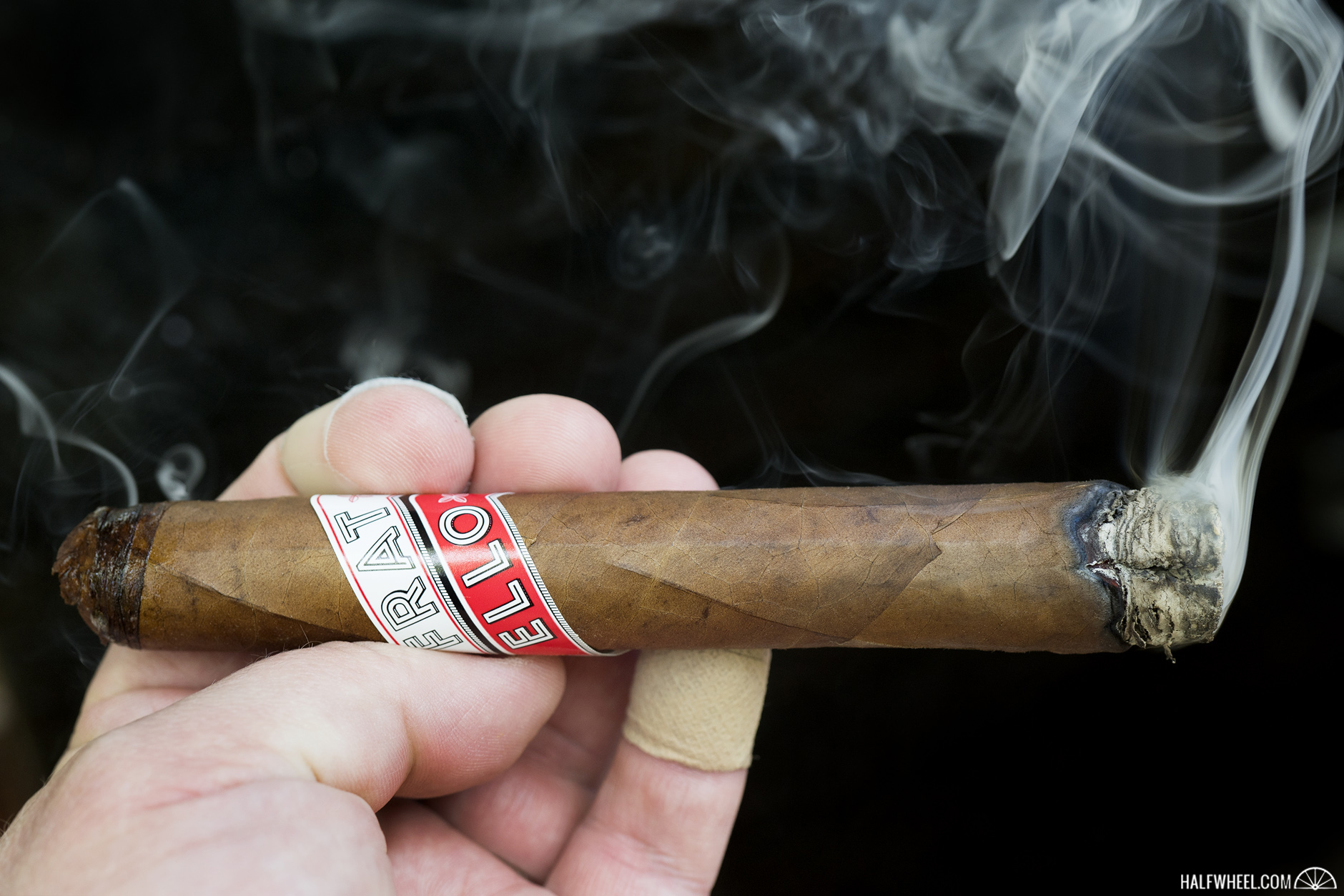 Although the profile becomes noticeably creamier during the second third of the Fratello DMV DC, the sweet raisin note has begun to wane just a little. The creamy oak is still easily the dominant flavor, with other notes of dark chocolate, salted almonds, hay, earth and some slight floral filling in the back end. Thankfully, the draw has opened up noticeably and the burn has evened up nicely, while smoke production is still massive off of the foot. The overall strength has increased, but not enough to reach the medium mark by the end of the second third. 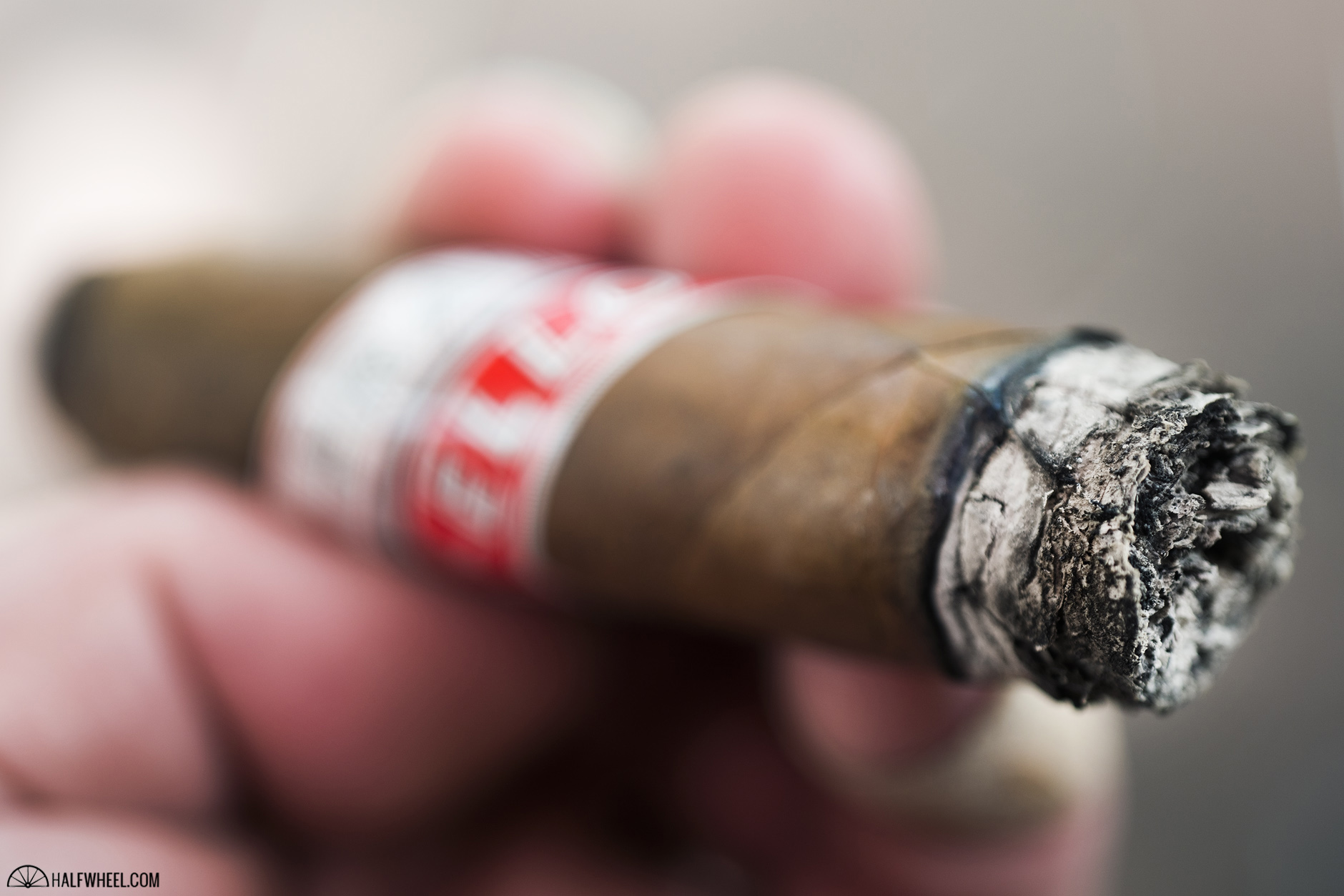 As the final third of the Fratello DMV DC begins, the raisin sweetness on the palate is back with a vengeance, joining the still dominant creamy oak to form a very familiar combination. Following along behind those two are additional flavors of grass, leather, gritty earth, almonds, cinnamon and espresso beans. There is also still some white pepper on the retrohale as well as a new flavor that reminds me of red wine, but the spice that was present in the first two thirds is long gone. The construction is operating on all cylinders, with neither burn or draw giving me any issues whatsoever. Finally, the strength ends up getting very close to the medium mark—but ultimately, failing to cross the line—by the time I put the nub down with a little more than an inch left. 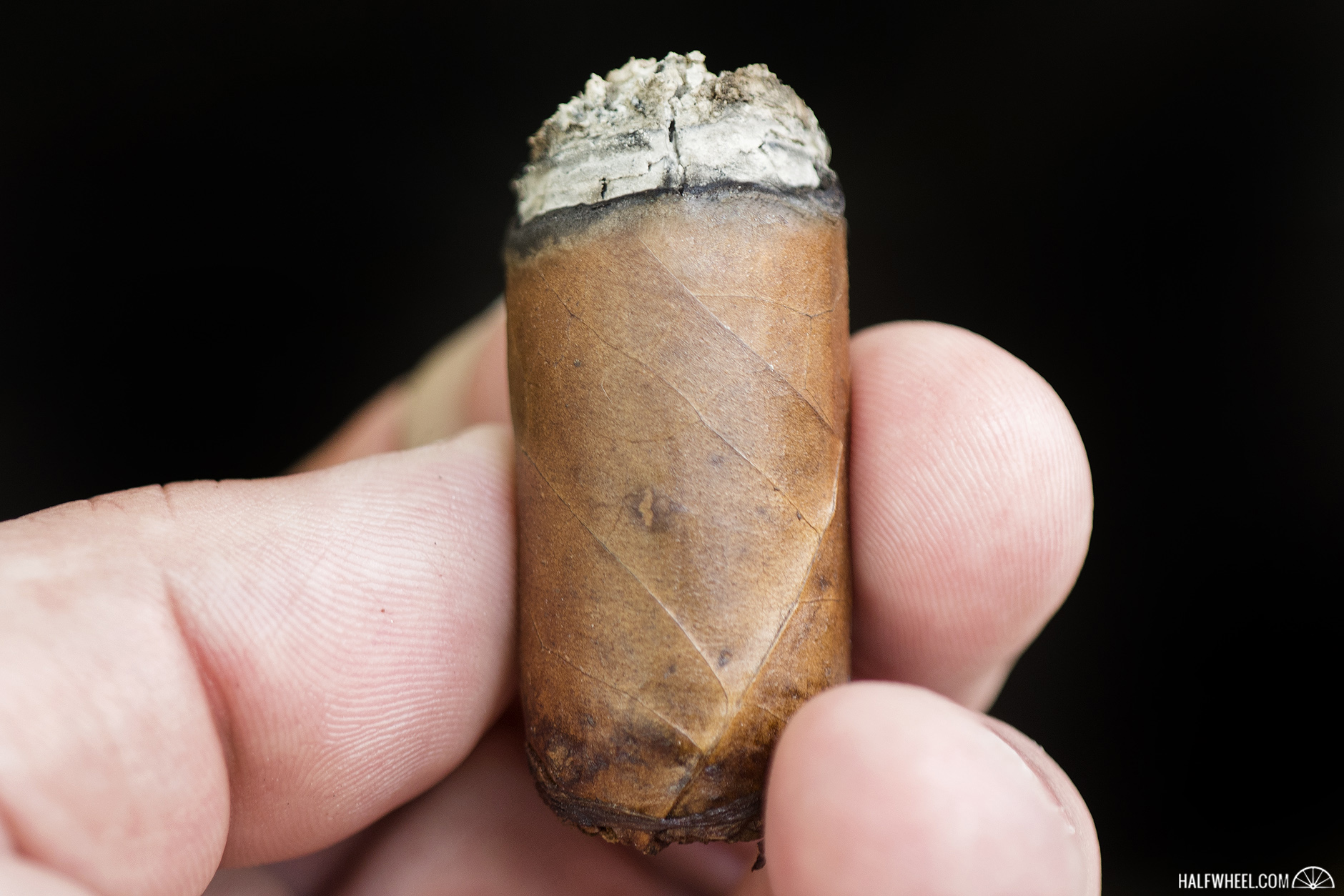 I am always surprised that even among people who smoke smaller brands there are those who are not even aware that Fratello exists, as I think Omar’s company has consistently put out some of the better blends I enjoy year after year. Thankfully, the D.M.V DC is no different, with an amazing combination of creamy oak and raisin sweetness that easily dominates the profile, accented by just the right amount of white pepper to increase the overall complexity without overwhelming any of the flavors. Yes, there were some minor construction issues in two out of my three samples, but that is easy to overlook when you are smoking a blend with this much balance and nuance.