As much as I would like to write that my fourth day in Cuba started the same as the others, that was not the case. Unfortunately, I picked up a bug of some sort at some point, and spent a good portion of the night doing my best to evacuate my insides.

I finally decided to just get up around 4am and start working, which allowed me some time alone as well as time to take a photograph of the sunrise over the streets and coast of Havana, about three feet from our front door.

That Sucks, But Surely You Had Things To Cover, Right?

The show must go on, and I was feeling a bit better—albeit quite a bit low on sleep—just in time to leave for another of my favorite activities during the Festival, namely visiting a cigar factory.

Which Cigar Factory Did You Visit? That would be Real Fabrica de Tobaccos La Corona, home of the Romeo y Julieta marca. Although it was originally known as La Casa de Hierro and housed in one of the most famous buildings in Cuba due to its frame made of iron and steel, the location of the factory has changed several times before finally landing at its current location. We visited the same factory during the Festival de Habano XIX back in 2017, so I was interested to see how much had changed. 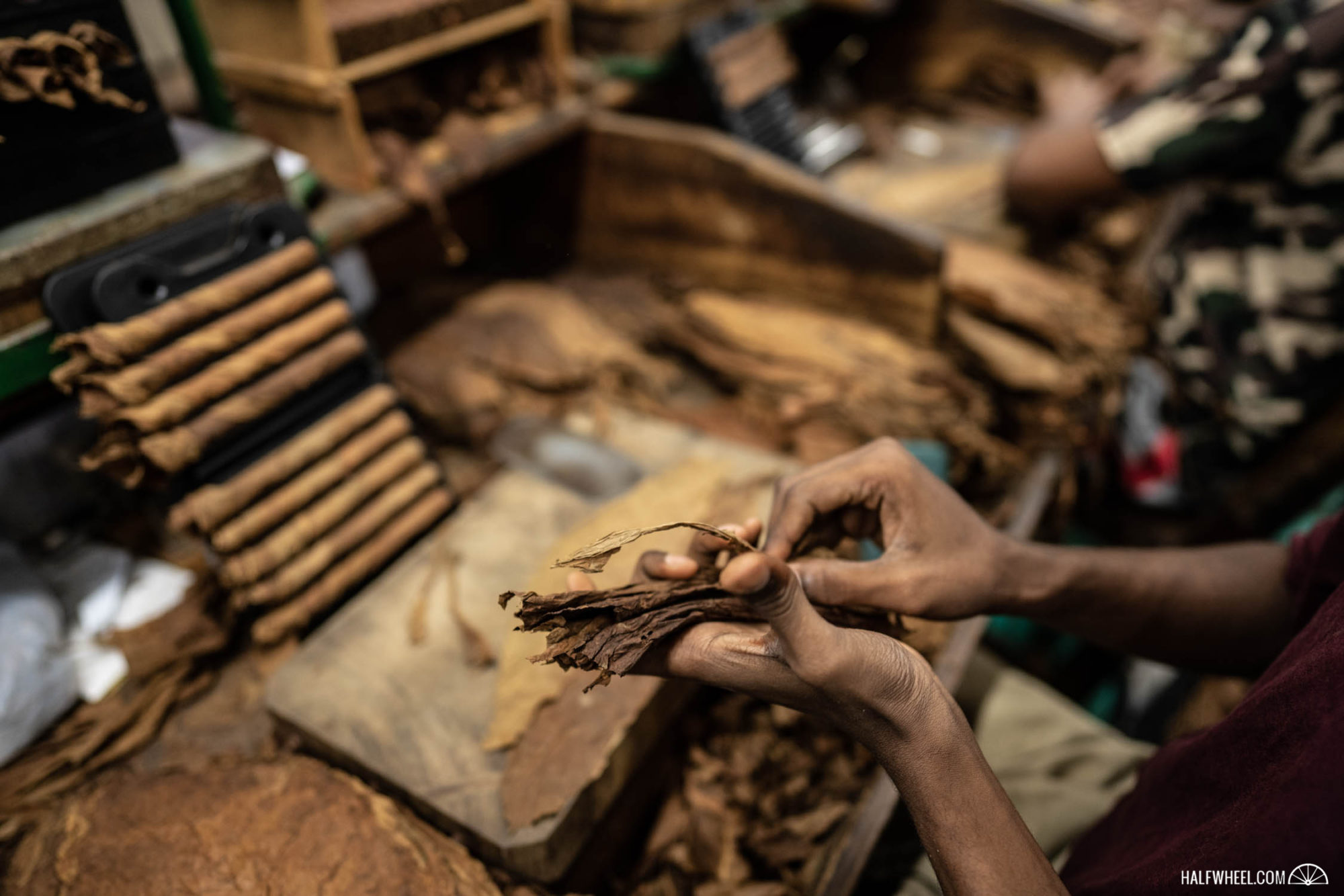 Turns out, the answer to that question turned out to be not much. The building featured essentially the same layout and the first room we visited was the rolling room, where bunchers and rollers work together to put the final touches on cigars. Although there did seem to be more rolling tables that were closer together than I remember, there was still room to move around easily, and the room was about half full of workers. There were also fewer men than I remember from last time—I was quite surprised at the number of men compared to women in 2017—although that could have easily been just who happened to be working at the time were there. As we walked through each room of the factory, we were greeted by smiles and thumbs up from the workers, although a number of them did their best to ignore us, something I don’t blame them at all for doing considering how much of a disruption our group was. In fact, it was so disrupting that I decided to peel off of the group and wander around on my own, which I have found gives me the best access and the most natural photographs. In this way, I was able to see a bit more of the natural reactions from people, like when I ran across a roller playing tag with a child while on break. In years past I had been offered cigars for sale right off of the rolling table by multiple rollers regardless of which factory I was at, especially when I was walking around alone. Prices in the past had ranged from 5 CUC to more than 15 CUC—basically $5-15, plus a bit of an exchange fee—and interestingly, since there were no bands in this part of the factory that I could see, I would just have to trust whatever they told me about what the cigars was correct, assuming the ring gauge and size match up. That turned out to not be the case this year, as I was not asked even once to buy anything at all, a somewhat surprising change that I noticed right away. After about two hours, it was time to leave—the handlers made it very clear it was time to go—so we took a taxi back to the house we were staying at so I could eat lunch, download photographs and get a bit of work done. What Was Next On The Agenda?

After about an hour of working, it was time to head over to the Festival again, this time for a somewhat unique seminar.

What Was Unique About It? While pairing rum and cigars is a fairly common occurrence—I did it myself on Sunday after all—this event featured Santiago de Cuba Isla del Tesoro rum, an extremely expensive, very well-regarded libation that translates from Spanish to Treasure Island. When bottles of the rum were first released in the 1960s, it was designed exclusively for gifts from high levels of the government; in fact, for 50 years it was exclusively used for this purpose and not commercially available. It has even been included as part of the basket of Christmas presents sent by the Council of State of the Republic of Cuba to dignitaries around the world. Now commercially available—albeit in very small quantities—attendees paired that rum with a Partagás Maduro No. 1, which made its debut at the Festival last year. I tried the pairing, and while the cigar was good, the rum was the star of the show: silky and sweet on the palate, but extremely complex, almost to the point of distraction.

After that seminar ended, it was time to get back to the house and do some more work before dinner and get rested up before the big Friday events the next day.

Did You Purchase Anything?

No cigars, but I did buy a bottle of Havana Club Selección de Maestros rum for about $40, a really great price for such a good rum, albeit far from the best that Cuba has to offer.

Please Tell Me You Had Time To Smoke A Cigar or Two?

Actually, I smoked three: I enjoyed an H. Upmann Magnum 56, the aforementioned Partagas Maduro No. 1 and a fresh Ramon Allones Specially Selected that a friend staying at the same house had purchased earlier in the day. Of the three, the Ramon Allones was clearly the most enjoyable, although it clearly needed a little time to get rid of some moisture that was present.