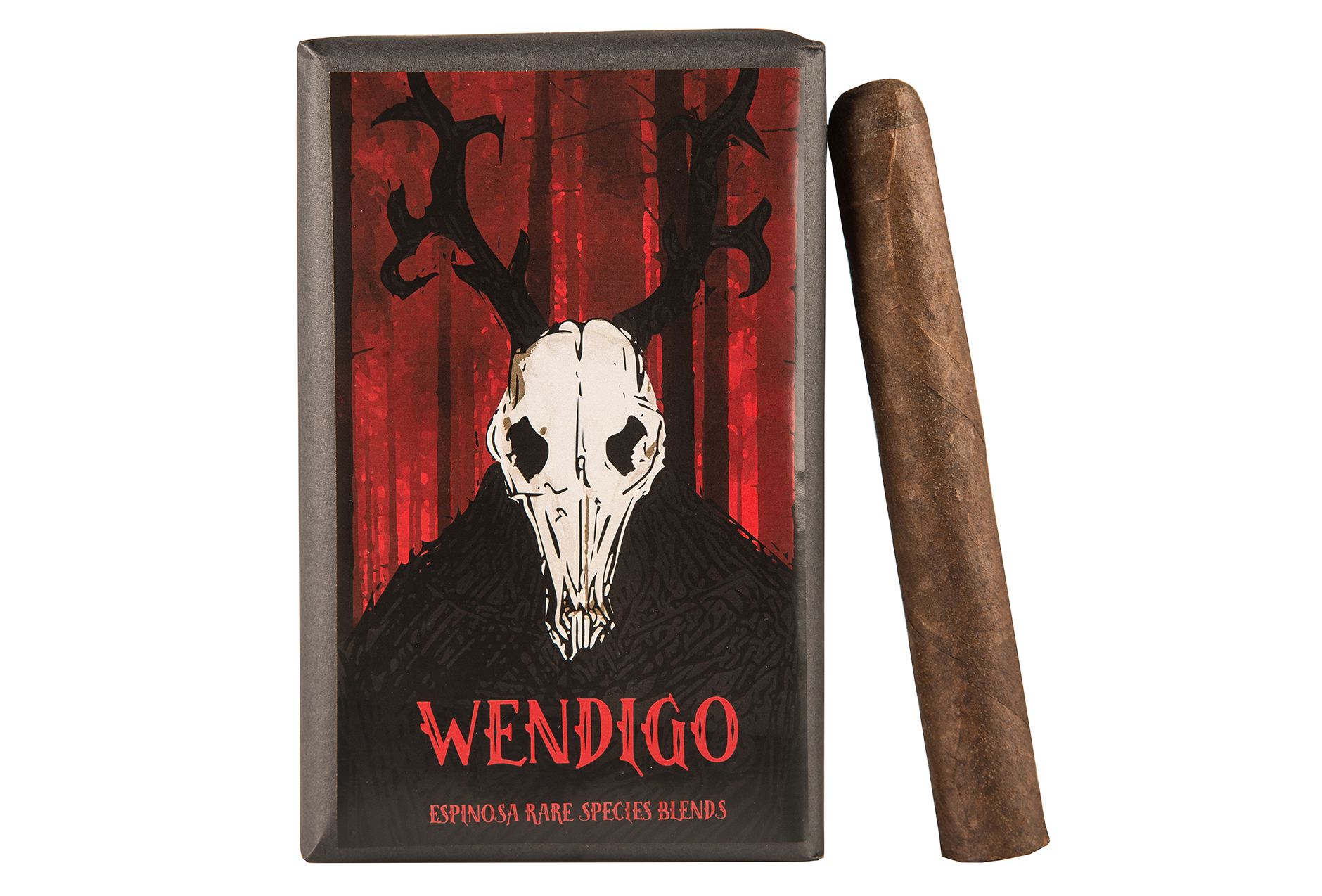 The cigar is a 6 x 52, unbanded toro that uses a Mexican San Andrés wrapper over a Nicaraguan binder and filler, with the cigars made at La Zona Cigar Factory in Estelí, Nicaragua. It is packed in 10-count bundles that come with an MSRP of $100, but are currently for sale at $69.99.

The initial production was limited to 250 bundles of 10 cigars, a total of 2,500 cigars, though it appears more could be released in the future.

It is the first of a series that will be launched at the retailer, who will have an exclusive on the cigar before they are considered for nationwide distribution, as they were the brainchild of Jeff Brown, merchandising and marketing director of BestCigarPrices.com.

As for the name, it comes from Algonquian folklore and the name of a mythical, man-eating  creature of the northern forests of the Atlantic Coast and Great Lakes regions of the U.S. and Canada.

In a Facebook video about the launch, Espinosa said more releases were in the works, though declined to go into specifics, with Jason Harding of BestCigarPrices.com confirming that to halfwheel but saying no details have been released yet. An email to Espinosa Premium Cigars seeking additional information has not yet been returned.