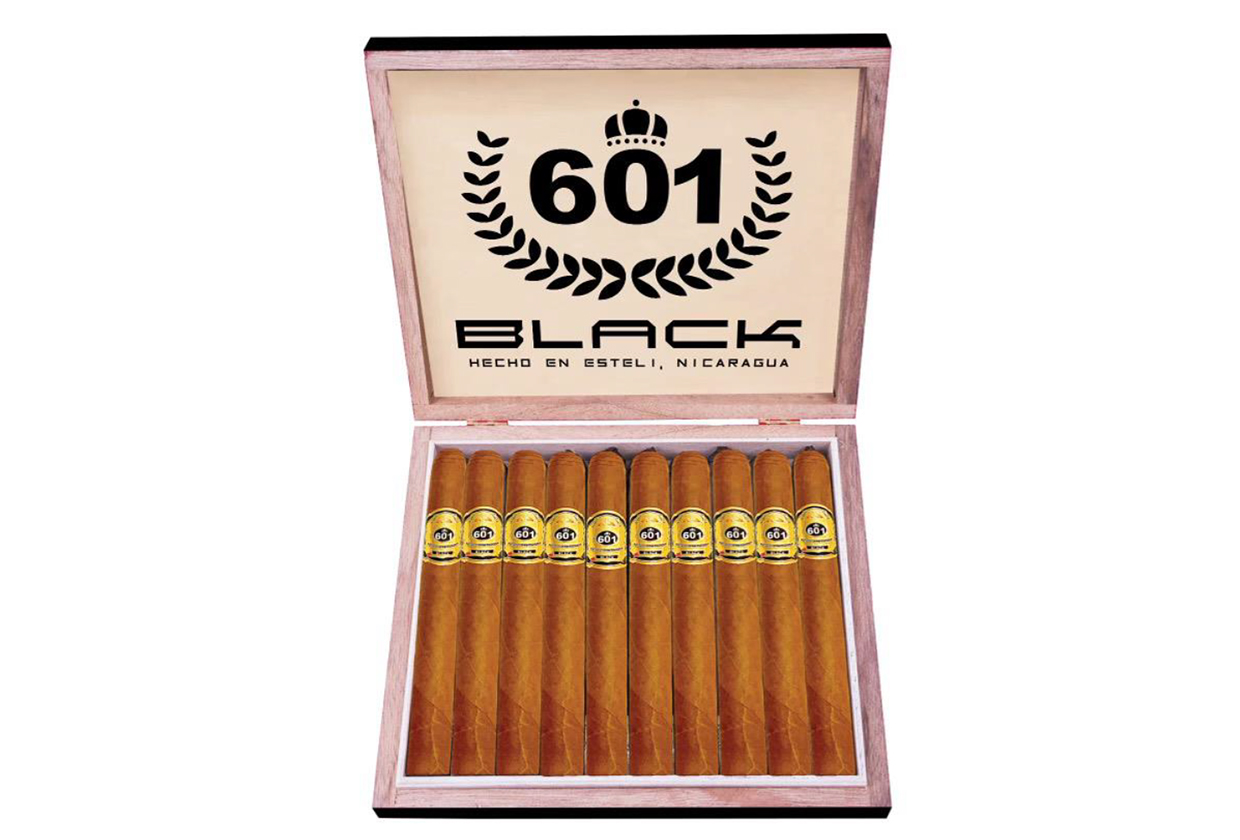 After being shown off as part of Espinosa’s La Zona Palooza event in November 2020, the 601 Black is officially coming back, though this time as an annual limited edition that is scheduled to add a new vitola each year, much like the company’s Warhead project.

As reported by halfwheel in October 2020, the 601 Black returns with a blend of an Ecuadorian Connecticut wrapper over a Nicaraguan binder and filler. Hector Alfonso Sr., the company’s director of operations, told halfwheel that the blend is not as mild as the company’s Crema line, as it offers a more flavorful profile than typical Connecticut-wrapped cigars.

While it was shown off at La Zona Palooza as a 6 x 52, the vitola for the release has changed to a 6 x 50 toro, which is being made at the La Zona Cigar Factory in Estelí, Nicaragua. Production numbers have not yet been finalized, but the 601 Black Toro will come in 10-count boxes with individual cigars having an MSRP of $10.

A small number of those 6 x 52 toros also made it to retailers after La Zona Palooza in November, a total estimated to be less than 50 packs of five cigars.

Now the company has confirmed that it will be officially releasing the 601 Black at the upcoming 2021 PCA Convention & Trade Show, which happens July 10-13 in Las Vegas, with shipping happening as the show is underway. While the cigar was initially slated for a January 2021 release, delays pushed the release date back to spring and now to the summer of 2021. The 601 Black dates back over a decade to EO Brands, the company jointly owned by Erik Espinosa and Eddie Ortega. It was discontinued in 2010, though the blend re-emerged under the name Evil Clown early in 2012 as a store exclusive for West Coast Cigars in San Jose, Calif.

In 2016, Espinosa Premium Cigars overhauled the 601 brand, adding a number of new lines and bringing black the 601 Black, though production was very limited and done largely to get the cigar onto the market amidst the looming FDA regulation of the premium cigar industry. While some of those cigars can still be found, the 601 Black has not been in regular production since 2016 according to Alfonso.