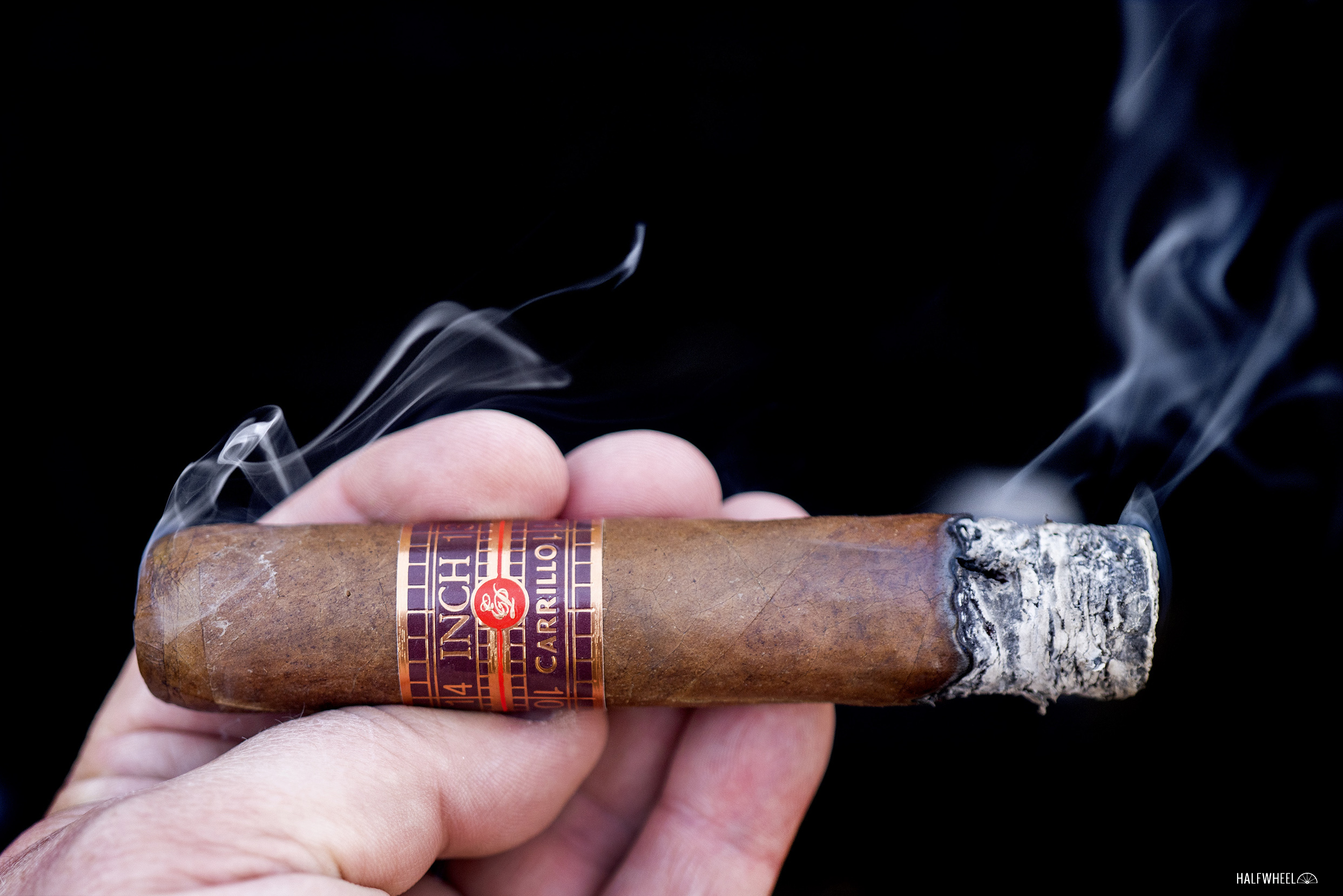 Since it debuted in 2012, E.P. Carrillo Cigar Co.’s original INCH line has added a number of different line extensions, including the INCH Maduro, INCH Colorado, INCH Short Run and INCH Limitada. However, it was not until the 2018 IPCPR Convention & Trade Show that the company released the first blend under its INCH brand to feature all Nicaraguan tobacco.

The INCH Ringmaster debuted in two different vitolas—a 5 3/8  x 64 and a 6 1/2  x 64—each of which are sold in 24-count boxes. As with the rest of the cigars under the INCH brand, the Ringmasters are made at E.P. Carrillo’s Tabacalera La Alianza S.A. factory located in the Dominican Republic.

“The newest addition to E.P. Carrillo Cigars’ Dimensions Series, the INCH RINGMASTER, is a statement by Master Blender, Ernesto Perez-Carrillo that celebrates the ‘big-ring-gauge’ trend the Carrillo cigars brand helped pioneer, while also proving how bigger can indeed be better thanks to the craftsmanship and attention to detail for which the brand is known,” reads a post on the company’s website. “The name is inspired by Ernesto himself, often referred to as ‘the RINGMASTER’ for being among the first to boldly offer larger ring-gauge cigars, and then perfect the art of blending the ideal mix of tobaccos for big-ring-gauge cigars.”

Here is what I wrote in my original review back in December 2018:

I have not been overly impressed with some of the new blends coming out of E.P. Carrillo lately, so I was really interested in how the INCH Ringmaster would smoke, especially considering it is not even close to my preferred ring gauge. This is easily the sweetest E.P.C. profile I have smoked in years: sweet on the palate, sweet on the retrohale and even sweet on the finish. Having said that, the aforementioned sweetness is fairly one-note, although it does pair nicely with the dominant sourdough bread flavor that is dominant throughout the smoke. While the lack of complexity in the profile is not going to set your world on fire—no pun intended—it is a very enjoyable and easy to smoke cigar, one that many people will enjoy if they give it a try, especially if you like larger ring gauges. 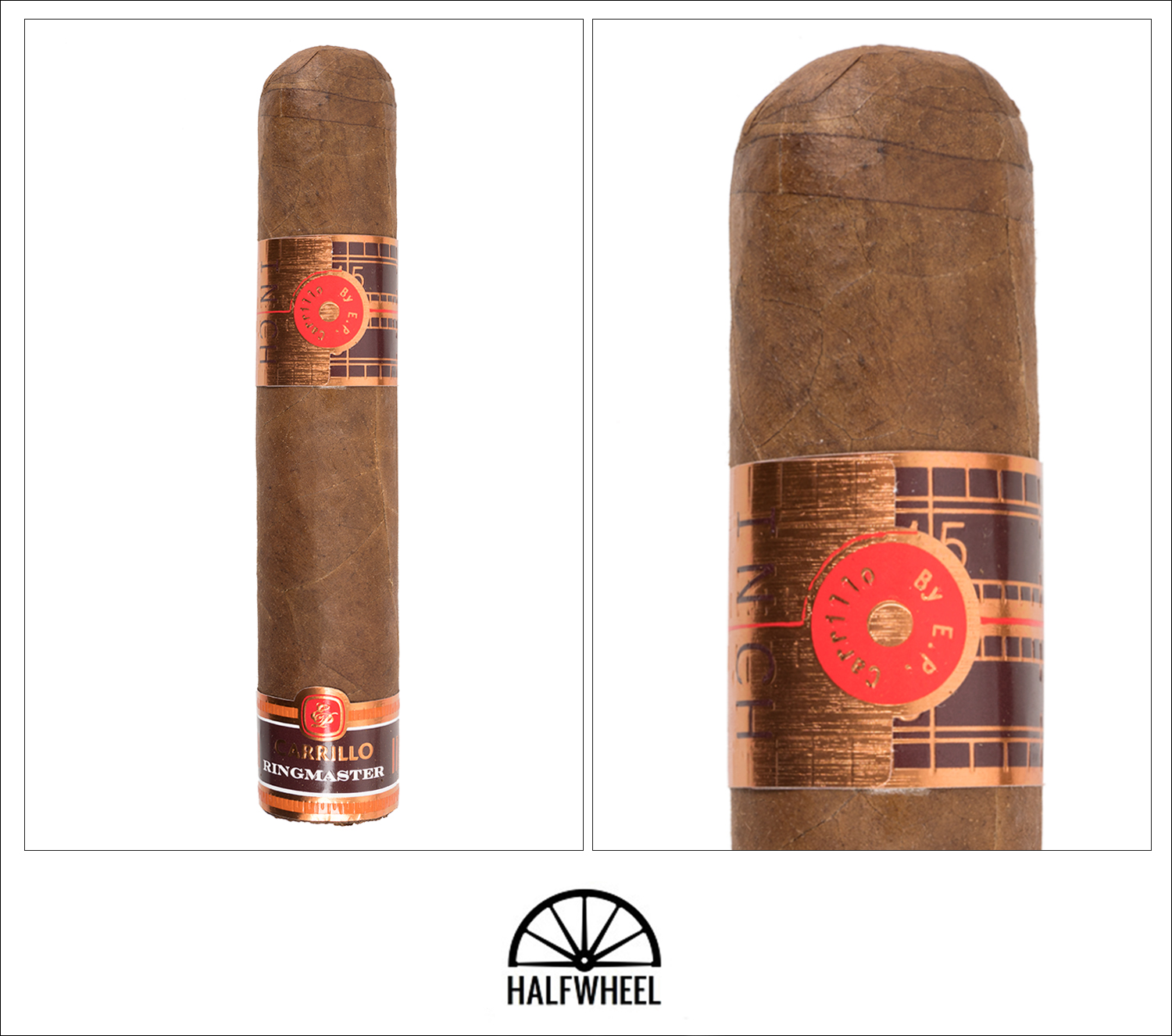 Visually, the E.P. Carrillo INCH Ringmaster 5 3/8 is covered in a reddish brown wrapper that toothy roughness to the touch, along with just a touch of oil. In addition, there are a multitude of very prominent veins running up and down the length of the cigar and it is nicely firm when squeezed. Aroma from the wrapper is a combination of creamy nuts, dark chocolate, leather, manure and sweet nutmeg, while the cold draw brings flavors of coca nibs, cedar, hay, cinnamon, generic sweetness, and black pepper.

There are some major differences compared to the first samples I smoked more than two years ago right from the start. The almond paste sweetness I noted when I first reviewed this cigar is nowhere to be found. Instead, the INCH Ringmaster 5 3/8 creamy cashews as the main flavor followed closely behind by secondary notes of cedar, leather tack, powdery cocoa nibs, espresso beans, hay, earth and a touch of cinnamon. While there is some very obvious vanilla sweetness combined with some black pepper present on the retrohale—along with some spice on my tongue—none of them are strong enough to really have much impact as of yet. However, the finish is where one of the largest changes comes into play as it is full of a very distinct wasabi flavor, though without the heat. While I notice a bit more vanilla sweetness on the retrohale in the second half, there is less black pepper and spice on my tongue. The creamy cashew flavor continues to lead the profile. The wasabi note remains on the finish as well, while lesser flavors of cedar, hay, dark chocolate, salted potato chips, cinnamon and leather flit in and out in various amounts.

Construction-wise, the E.P. Carrillo INCH Ringmaster 5 3/8 features an extremely good draw after a straight cut, but the burn became problematic enough to need two separate minor touch-ups with my lighter: one in the first third and one in the final third. Finally, the strength steadily rises from its starting point of a strongish mild to end firmly in the medium range as I put the nub down after two hours and three minutes of smoking time.

The size of the E.P. Carrillo INCH Ringmaster 5 3/8 is still too large to fit comfortably in my mouth and the strength is still firmly in the medium range, but those are pretty much the only major things that remain the same between the samples I smoked 27 months ago and the aged version. During that aforementioned time period the profile of the cigar has changed completely: what once was a blend full of a fairly linear combination of sweetness and sourdough bread flavors is now significantly more complex, with creamy cashews dominating the palate and a distinct wasabi flavor taking the top spot on the finish. In the end, this is a great example of how aging can completely change a cigar for the better in any number of ways.