Back in the cigar boom of the 1990’s, Ernesto Perez-Carrillo Jr. was extremely well known for his cigars that he blended for La Gloria Cubana and the sticks with Maduro wrappers were some of his most popular and noted cigars.

Everyone knew that E.P. Carrillo, Ernesto’s new company, would eventually release a Maduro blend in their lineup, but honestly, I was surprised how long it took to come to fruition. When I asked Ernesto Jr. about it, he explained that he just wanted to get it right, and that it took a little longer then expected to find the perfect combination that he was looking for.

As for the Maduro wrapper, it is Connecticut Broadleaf sourced from the U.S. Ernesto Jr. had this to say about the wrapper that he finally ended up using for this blend:

“I was going to use a Mexican Maduro, but opted for a Broadleaf, which is one of the best I’ve seen in over 15 years. We’ll also be using a Mexican in the future, but this Broadleaf is great. It reminds me of the one we bought back in the 70’s from the Portilla family grown by Zera Farms in Connecticut.”

There will be 8 different vitolas in the Core Maduro line when they are available (interestingly, the exact same sizes and prices as the Core Line), ranging in price from $5.25 to $9.30. They will be sold in boxes of 20, and the sizes and prices are:

You can see the difference in the color of the wrappers in this photo. The new Short Run 2011 is on top, the Core Line is in the middle, and the new Maduro is on bottom (obviously):

The Boxes the E.P Carrillo Core Maduro come in look like this: The cigar itself is a wonderful specimen with a dark espresso brown wrapper that is fairly dry and rough to the touch. It has the perfect amount of resistance when squeezed, and the wrapper smells strongly of sweet coco, earth and manure. Prelight notes include dark chocolate, cedar, and sweet leather.

The First Third starts out with strong dark chocolate and coffee notes, along with just a tiny amount of spice on the retrohale. Leather and a toasty note flirt in and out as well, but not as strong. There is a nice sweetness in the background that really sets the other flavors off. It is already showing its strength as well. 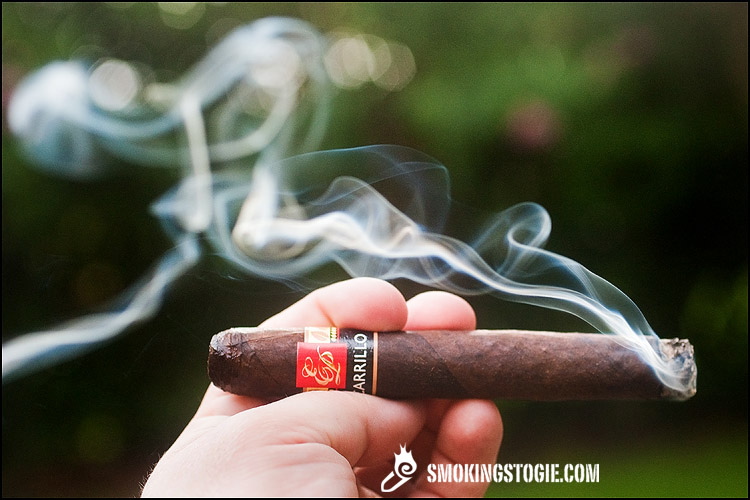 The Second Third is still quite earthy, along with a strong leather note, but adds in some slightly bitter espresso, cinnamon and just a hint of fruitish flavor, although I can’t tell which at this moment. The strength is ramping up a bit, although it was already strong.

The Final Third has more sweetness, and the fruit flavor is also stronger, cherry perhaps — something close to that. Added with the core leather and (dark) chocolate flavors, it makes for a great finish. The strength ends at a medium-plus to full-minus, strong enough to take notice, but not so strong that it overwhelms any of the flavors. The Bottom Line: I am a huge fan of pretty much every cigar that EPC puts out for a reason. Each blend is a totally different animal, with their own dominant flavors and profiles, and the Maduro is just another example of a cigar done right. While it is a more mellow blend in terms of spice or pepper than the Short Run 2011, it is also stronger, a bit more flavorful, and is perfectly balanced. To me, this is what a Maduro blend SHOULD be: sweet undertone with great, distinct flavors of chocolate and fruit and the strength that it exhibited is just a wonderful bonus. Buy with confidence, if you love the Maduro flavors.