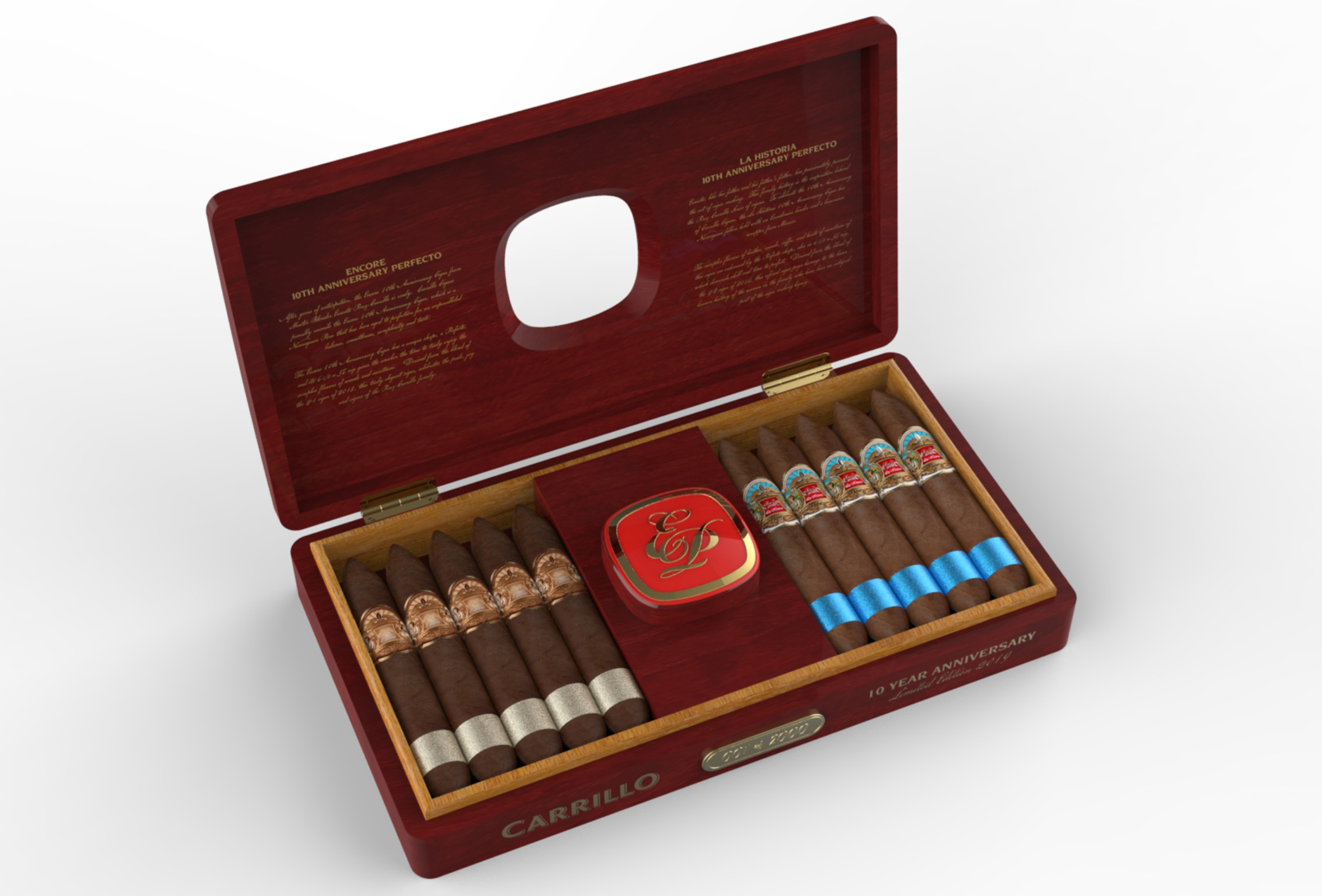 It’s been 10 years since Ernesto Perez-Carillo Jr. launched his eponymously named company, and this year he will celebrate the milestone with a pair of new vitolas for his La Historia and Encore lines.

Both lines will be adding a 6 1/2 x 56 box-pressed, double figurado, and while they are two different cigars, they will come in the same box. A new packaging format will offer 10 of each for a total of 20 cigars, with individual cigars priced at $20 and boxes having an MSRP of $400. The company is producing just 1,000 boxes at the company’s Tabacalera La Alianza S.A. in the Dominican Republic; Encore is a Nicaraguan puro, while La Historia uses a Mexican San Andrés wrapper, Ecuadorian Sumatra binder and Nicaraguan filler.

The new sizes will make their debut at the upcoming IPCPR Convention & Trade Show which runs from June 29 – July 2, and are scheduled to ship to retailers in October, according to the article.

While the cigars celebrate 10 years of E.P. Carrillo, the man behind the company has been in the business for more than 40 years, making cigars—notably La Gloria Cubana—in Little Havana on Miami’s Calle Ocho with his father before working with General Cigar Co. He launched his current company in 2009 with the help of his children, Lissette and Ernesto.

The company will also be showing off the new Inch Limitada 2019 at the trade show, a 6 1/8 x 64 vitola that uses a Connecticut habano wrapper grown in the U.S. over a Nicaraguan binder and filler. The company is producing 2,000 boxes of 10 cigars, making a total run of 20,000 cigars for that release.