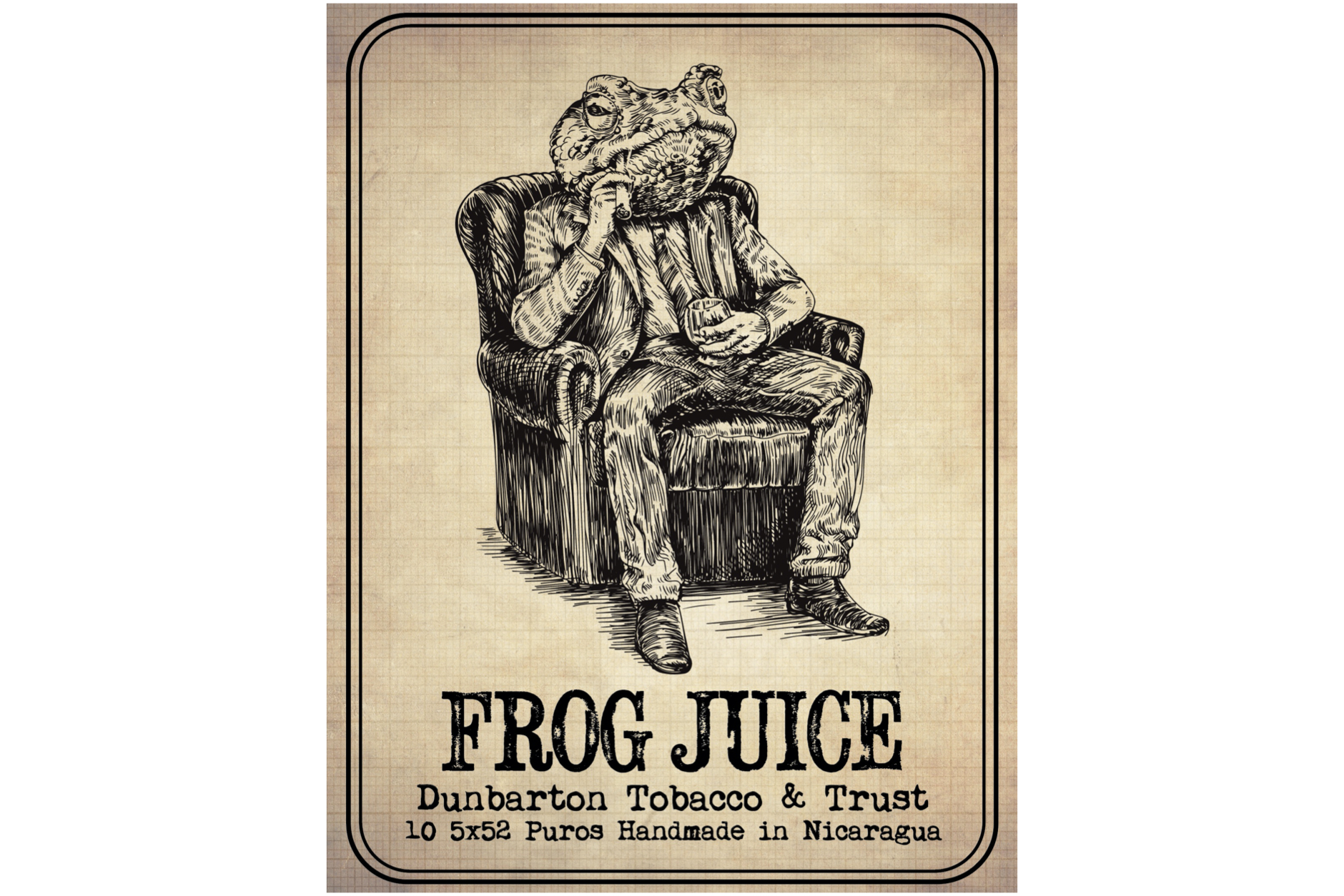 Steve Saka, Dunbarton’s founder, confirmed to halfwheel that he plans to send Frog Juice to the Jeffersonville, Ind. store later this year. Saka declined to talk much in the way of details, saying that he hoped to have the cigars at Riverside during the Spring but that the cigars still needed to go through final approval.