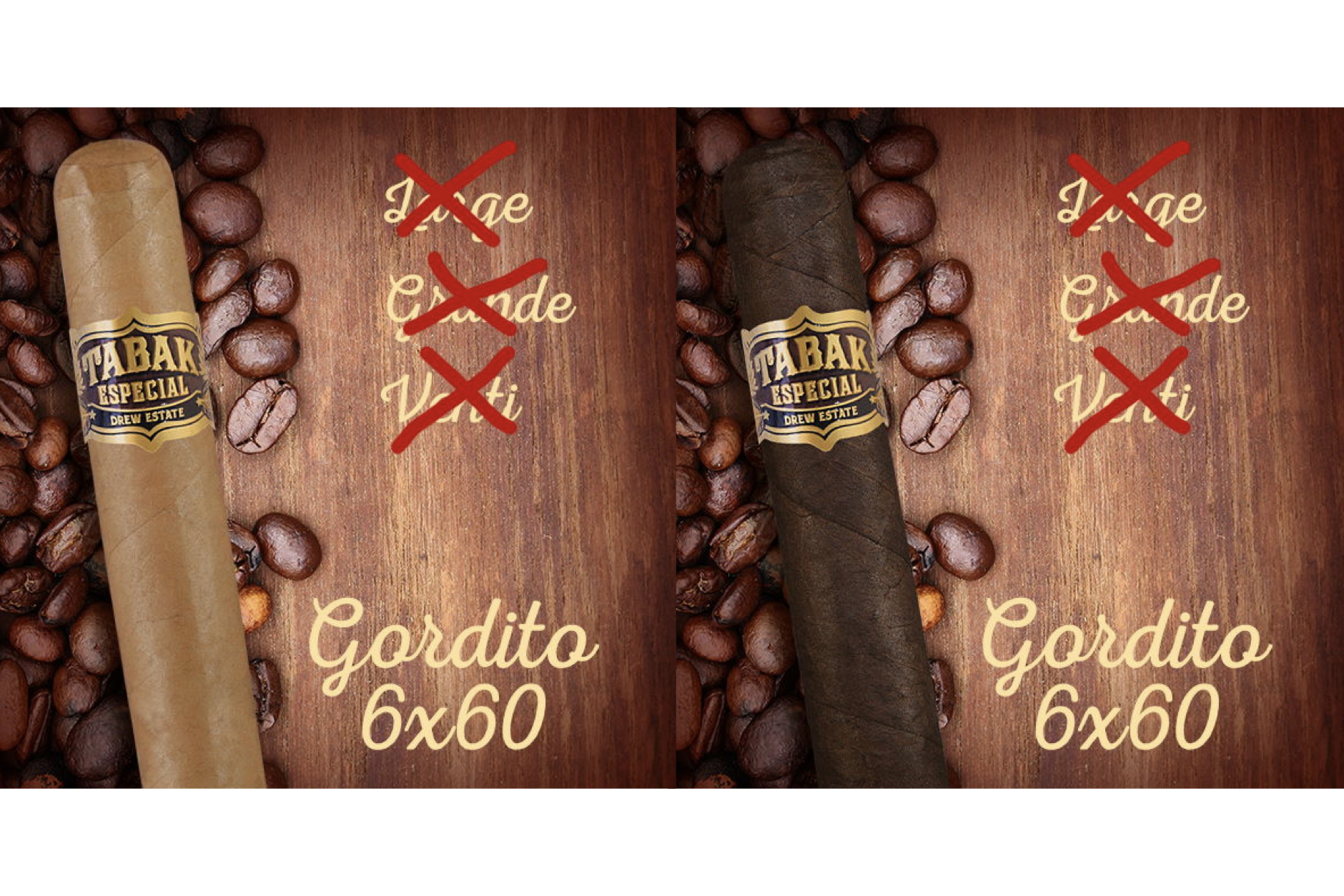 Drew Estate’s Tabak Especial brand will be getting a 6 x 60 later this summer.

The company announced that both versions of the Tabak Especial—Ducle and Negra—will be getting the Gordito, a 6 x 60 gordo size, priced at $10.29 per cigar. Tabak Especial Dulce uses an Ecuadorian Connecticut shade wrapper, while the Negra uses a Connecticut broadleaf wrapper. Both cigars use a Sumatran binder and Nicaraguan fillers.

“These 60 ring Tabaks are a must have for the large ring gauge smokers, like powerful bombs, furious explosions… especially the maduro,” said Jonathan Drew, Drew Estate’s co-founder and president, in a press release. “When you walk into the party with this bad boy lit, you’re the king! When you go to the shop and you’re burning one, boom, you’re the king!”

It will debut at the 2019 IPCPR Convention & Trade Show, which begins June 29 in Las Vegas, and ship to retailers in July.